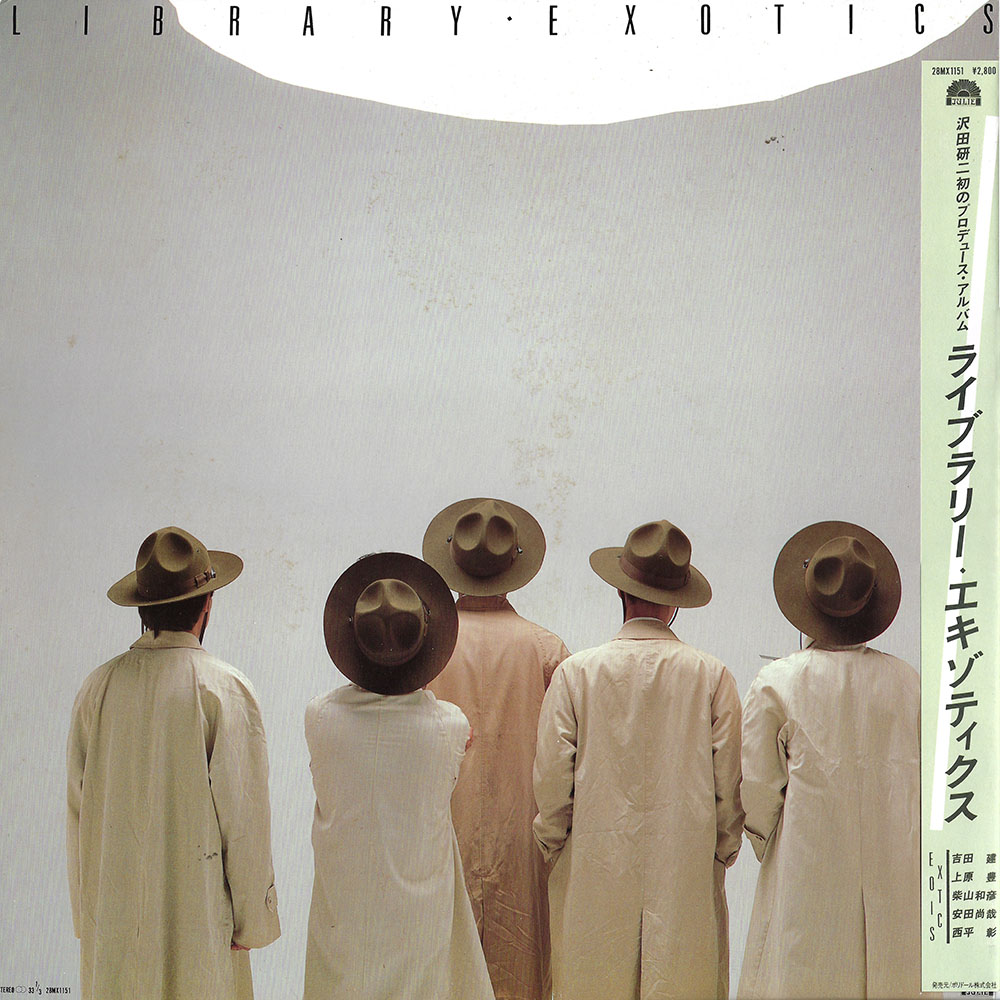 Originally formed as the backing band for androgynous pop star Kenji Sawada (formerly of Group Sounds band The Tigers), The Exotics took their one and only step into the solo spotlight with 1983’s Library. The album has a lot of personality, though not without a few missteps, as is typical of 80’s Japanese new wave albums. Highlights include A5 “Anabahebak” which has a bit of that Fairlights, Mallets and Bamboo avant-sound we all love combined with spooky piano and vocals, A3 “Nobody Livin’ Here,” a charming funky new wave with lyrics about dancing alone at home, and B4 “Be Cool,” a mid-tempo groover that could fit into your typical city pop set but also has an elegant ethereal feel to it.

Recommended – A3 Nobody Livin’ Here, A5 Anabahebak, B1 Le Calnaval, B4 Be Cool 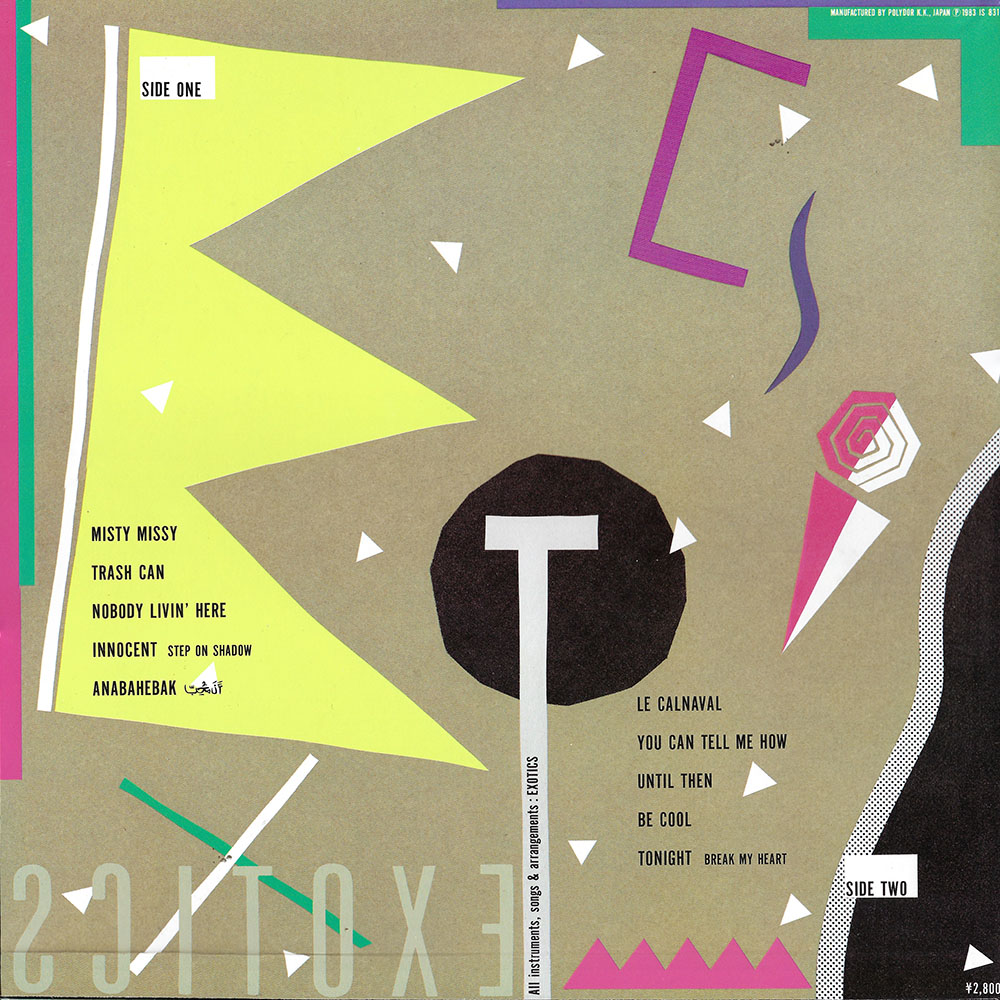