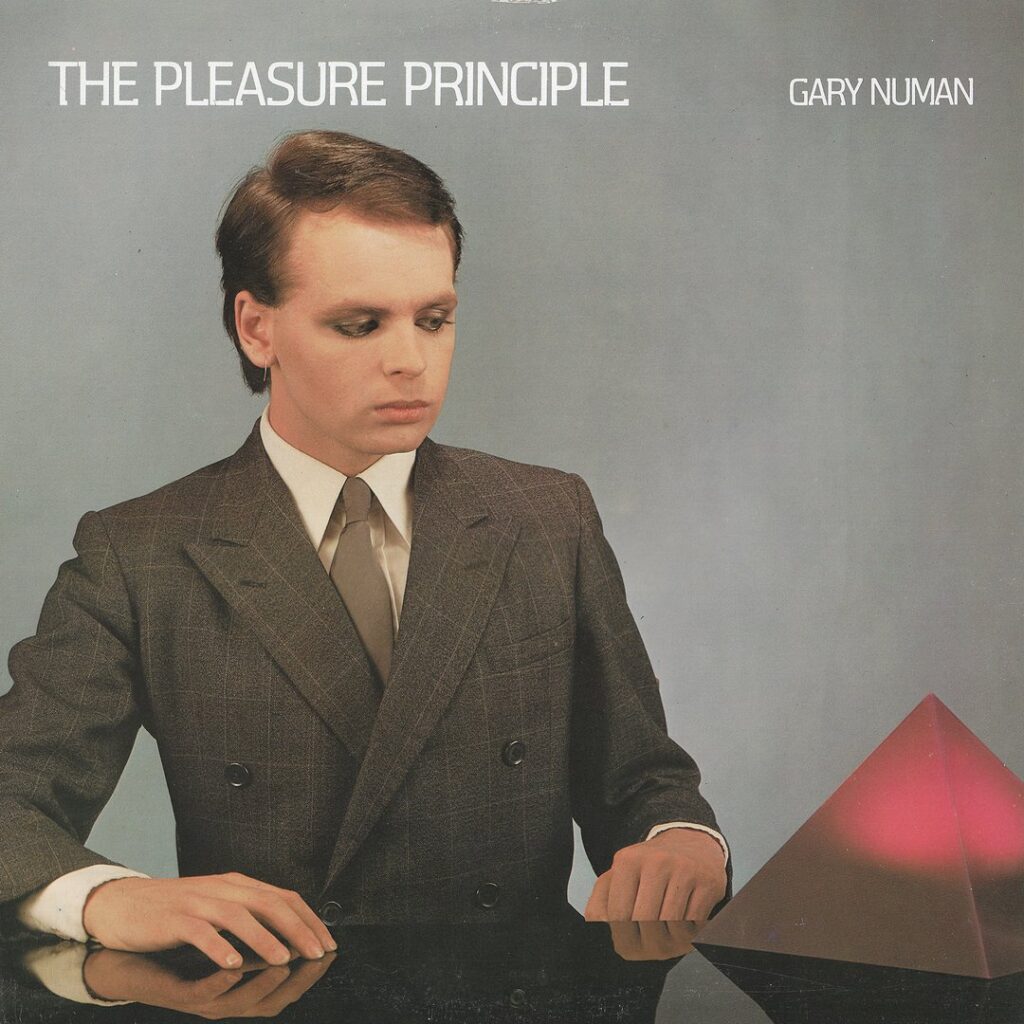 The Pleasure Principle is the third studio album by English musician and electronic music pioneer Gary Numan, and the first to be released under his own name. Numan had actually wanted to release under his own name since Tubeway Army’s second album as a way to mark the shift from punk rock to electronic; however, Beggars Banquet was not keen on the genre shift or the name change. In Numan’s words, “I understood their point of view, but I was so convinced that electronic music was going to be the next big thing, so to speak, and I so desperately wanted to be at the front end of it.” Numan crafted a punk/electronic hybrid with Replicas, released under the original band name per Beggars’ insistence; however, after the success of the single “Are Friends Electric?” going No. 1, he was able to get Beggars to agree to let him go fully electronic and release his third album under his own name. He recalls telling the label, “Right, now that this punk thing is gone and it’s purely electronic, I’m going out as Gary Numan… Unfortunately, it looked as if I’d had some success, dumped the band, and went off on my own. And it wasn’t actually like that at all.”

The Pleasure Principle peaked at No. 1 in the UK. It is fully enjoyable from start to finish with not a single dull moment. Of course, we have to mention Numan’s biggest worldwide commercial hit, “Cars,” – a chart topper that only took him half an hour to write. He was just 21 years old, still living with his parents, when he wrote the song: “I took [the bass] out of the case, I put it on my lap, and I played [the first four notes of ‘Cars’]… the very first four notes that I played when I picked the thing up, having not been a bass player, was fucking ‘Cars’! There is no way you can put that down to any kind of talent. That is just as lucky as you can get! … It’s the quickest song I ever wrote.” And yet, “Cars” has major competition for the best song on the album: “M.E.,” “Metal,” and “Complex” are all fantastic contenders.

The Pleasure Principle is also special in that it marks Numan’s full immersion into science fiction and “the future” – not only in its electronic sound, but also in his own androgenous robot image and persona. Many of the lyrics on the album are told from the perspective of machines, including “Metal” which is about an android wishing to be human, and “M.E.” which is about the last machine on Earth…

A1 Airlane
A2 Metal
A3 Complex
A4 Films
A5 M.E.
B1 Tracks
B2 Observer
B3 Conversation
B4 Cars
B5 Engineers