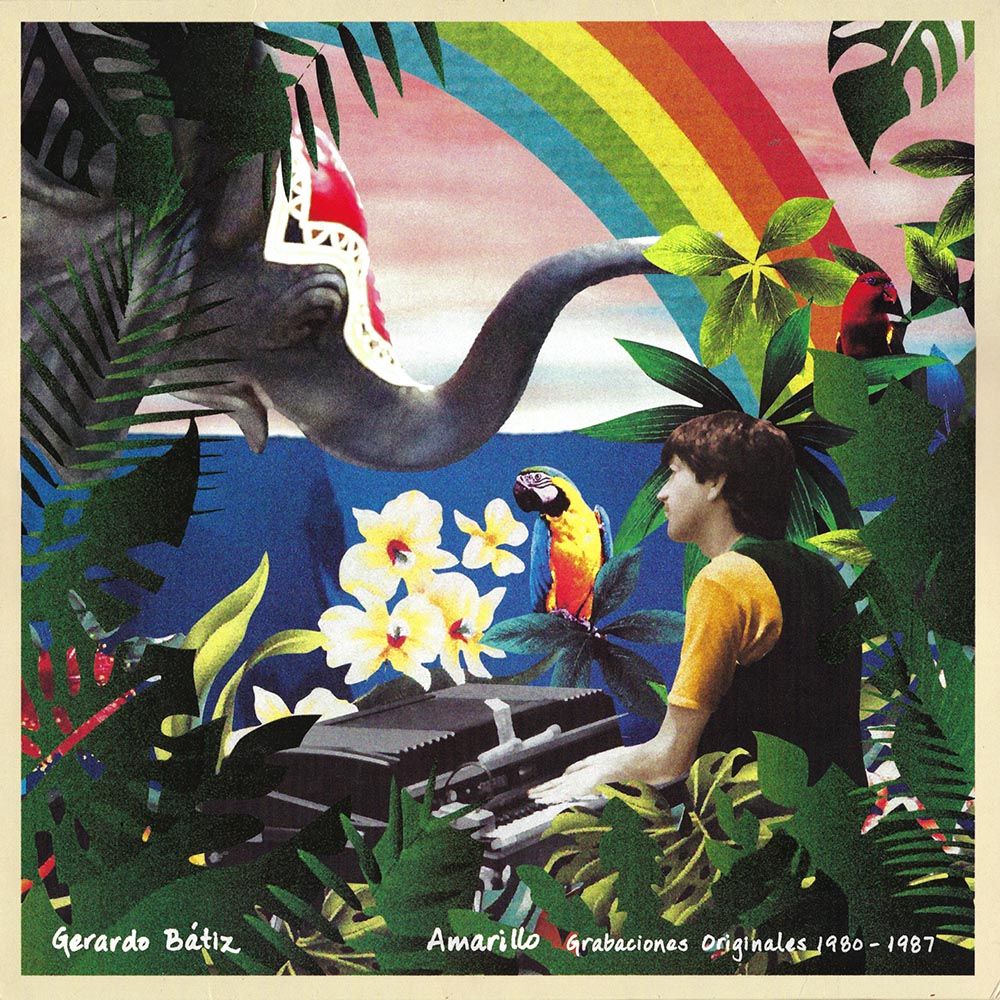 Produced and compiled by Obscure Sound’s Chee Shimizu, Amarillo: Grabaciones Originales 1980-1987 collects the works of obscure Mexican pianist/composer Gerardo Bátiz. Not much is known about Bátiz other than that he was part of a small fusion scene in Mexico during the 70’s and 80’s playing in groups like La Nopalera and Grupo Isla. The five solo albums he released over the years on independent labels Pentagrama and Discos Alebrije are now almost impossible to find and have become prized by collectors. Bátiz’s music can be described as tropical, organic fusion that’s colorful and sunny yet also filled with sadness. Just listen to A4 La Cocola with its upbeat bossa groove, gorgeous electric piano melodies, and melancholic scat vocals filled with longing. Other favorites include the gorgeous flute-driven B3 Esto Es Un Elefante? and mysterious kalimba tune A1 Amarillo.

A1 Amarillo
A2 En Fa
A3 Devoradora
A4 La Cocola
A5 Menguere
B1 Mali
B2 Cometas
B3 Esto Es Un Elefante?
B4 Chancero
B5 Azul Prohibido 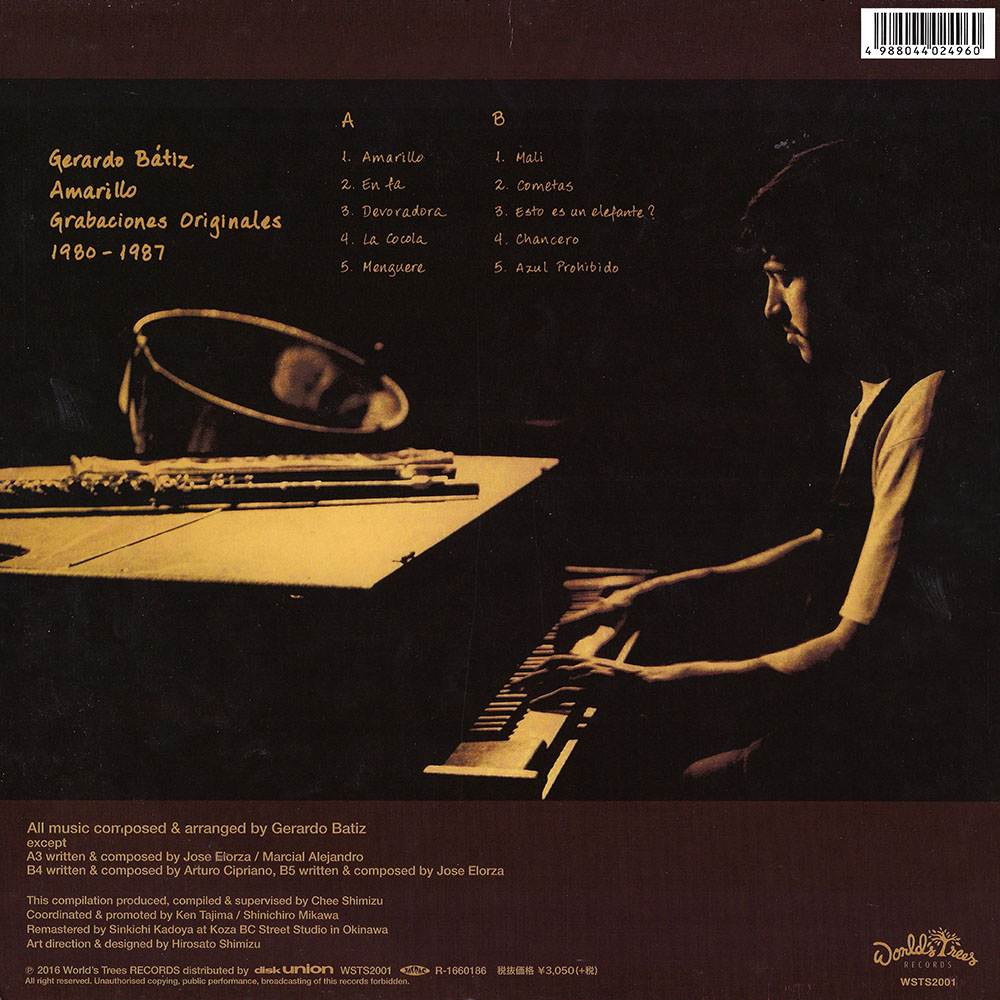 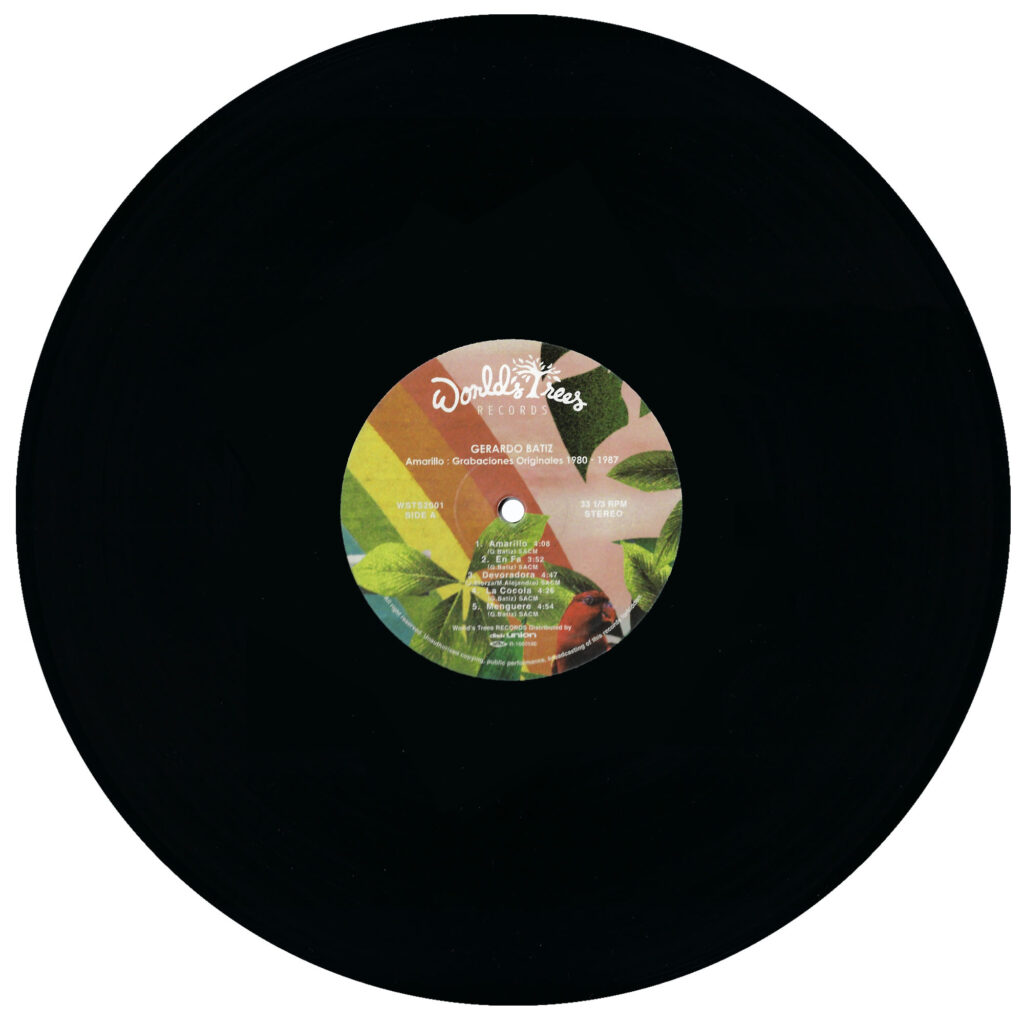 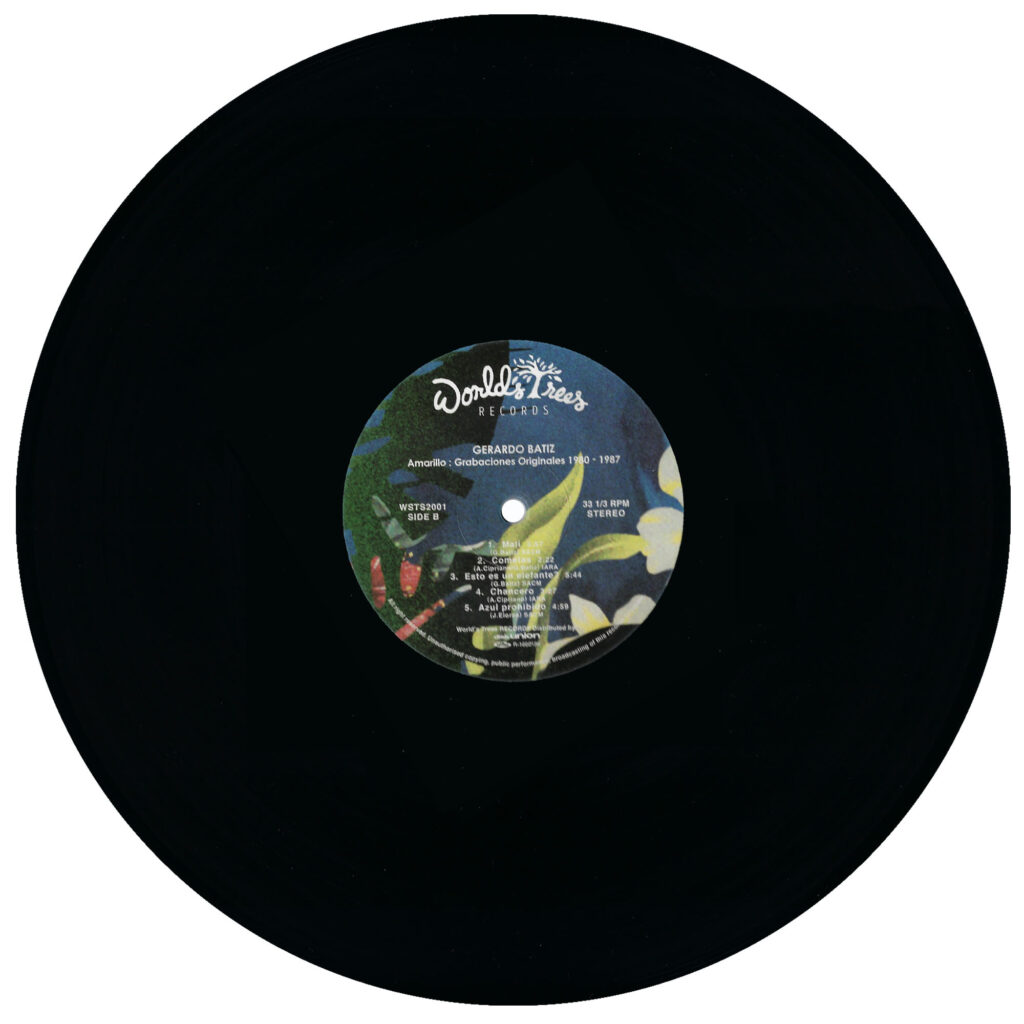