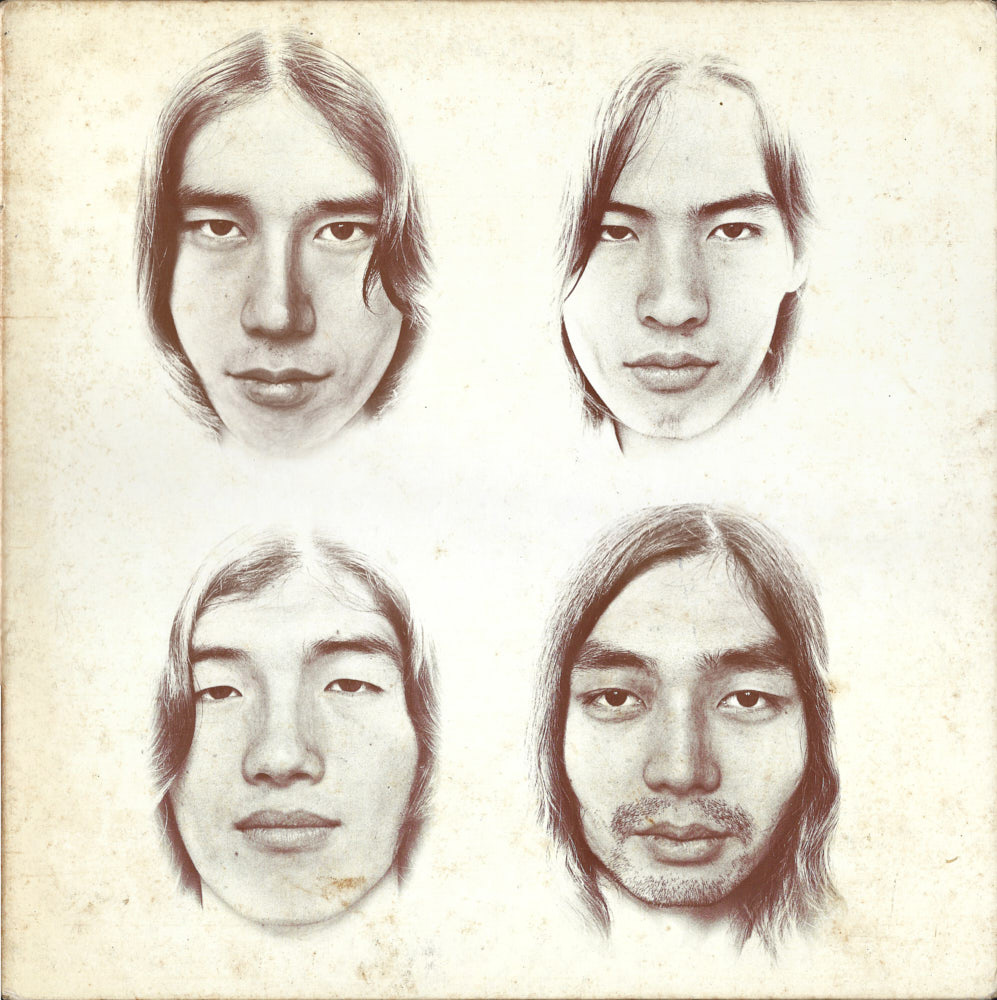 In 1969, four young, ambitious musicians—Haruomi Hosono (bass, vocals), Eiichi Ohtaki (guitars, vocals), Shigeru Suzuki (guitars) and Takashi Matsumoto (drums, lyrics)—found each other in Tokyo. They bonded over their love for obscure rock music of the time such as Buffalo Springfield, Procol Harum and Moby Grape. First known as Valentine Blue, the band soon changed its name to Happy End.

Most Japanese rock records of the day were syrupy teenage love songs that were poorly recorded. With Hosono and Ohtaki sharing the helm, Happy End sought to raise the bar by creating the ultimate Japanese rock record. The combination of Matsumoto’s introspective Japanese poetry, Hosono’s innovative bass driving the funky groove and the sophisticated cutting-edge sound production hit the mark. Kazemachi Roman, their second album, released in 1971, beautifully realized their ambition and is now considered one of the first and best rock albums ever made in Japan. 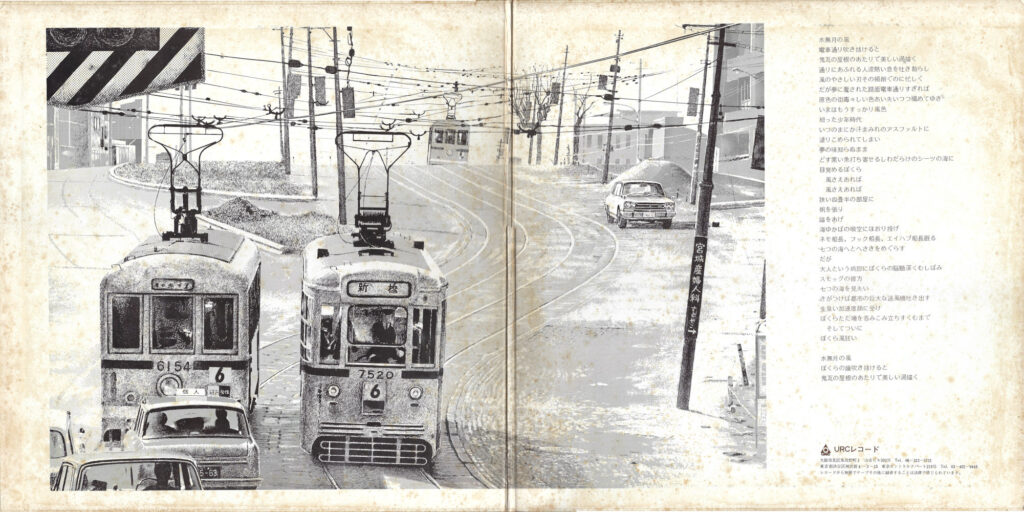 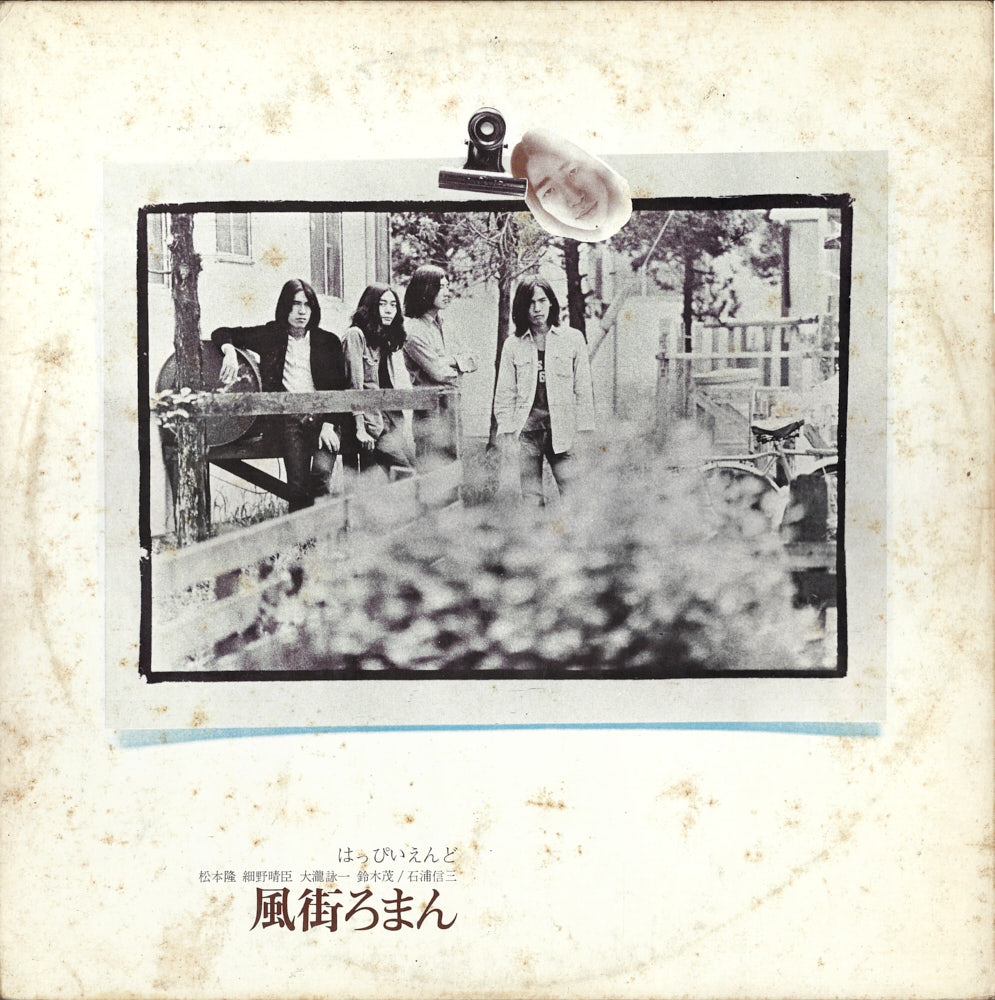 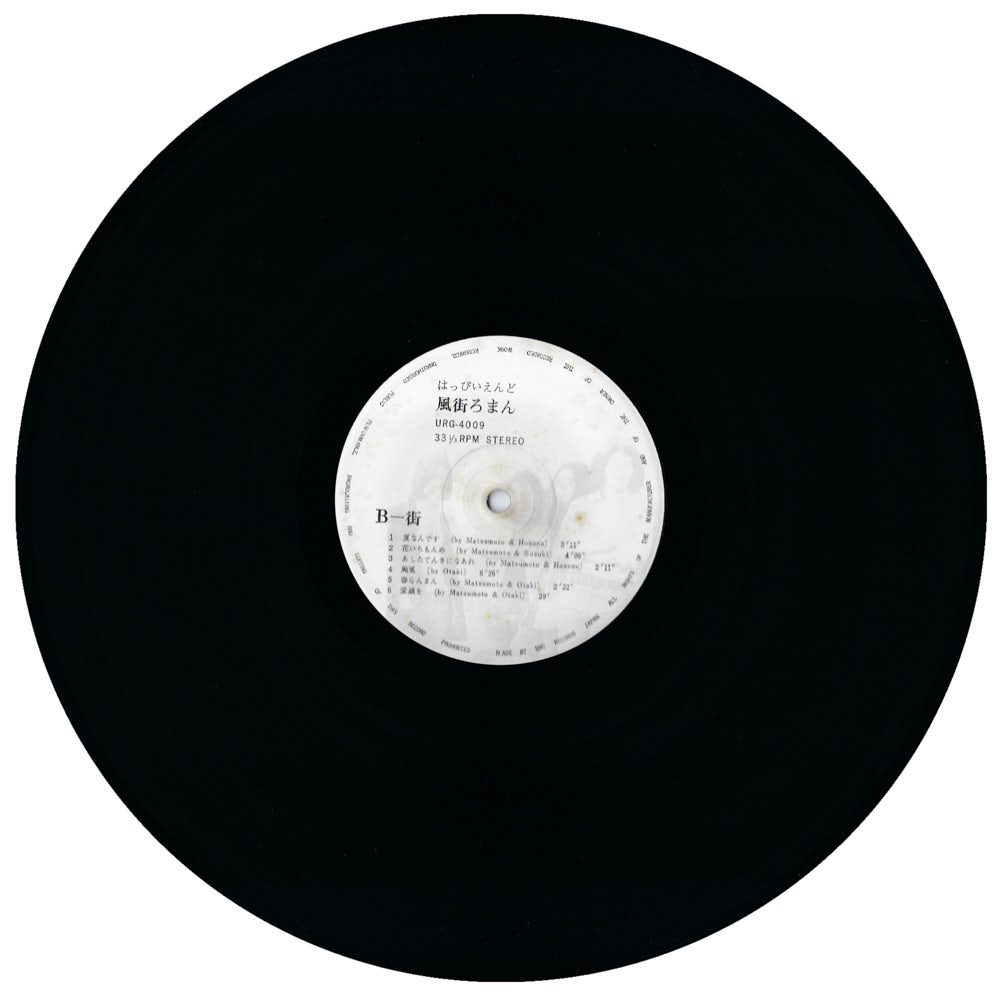 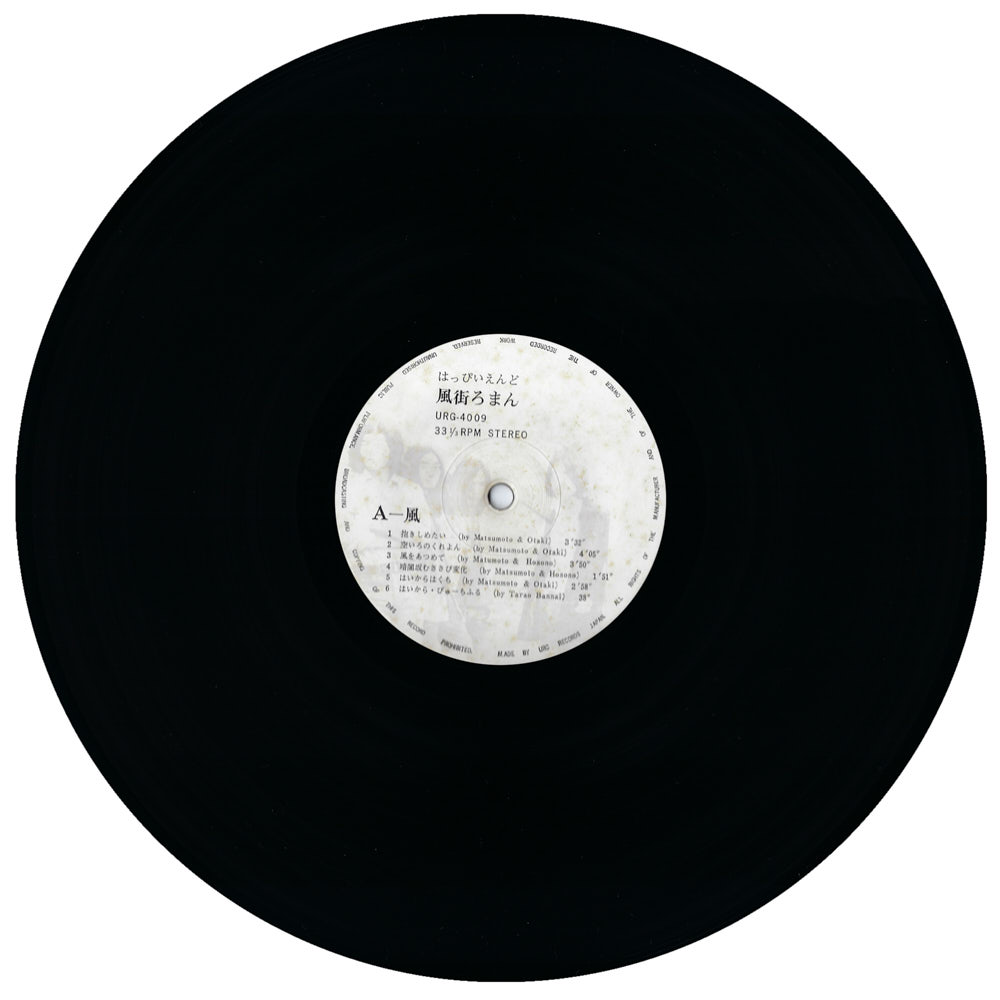