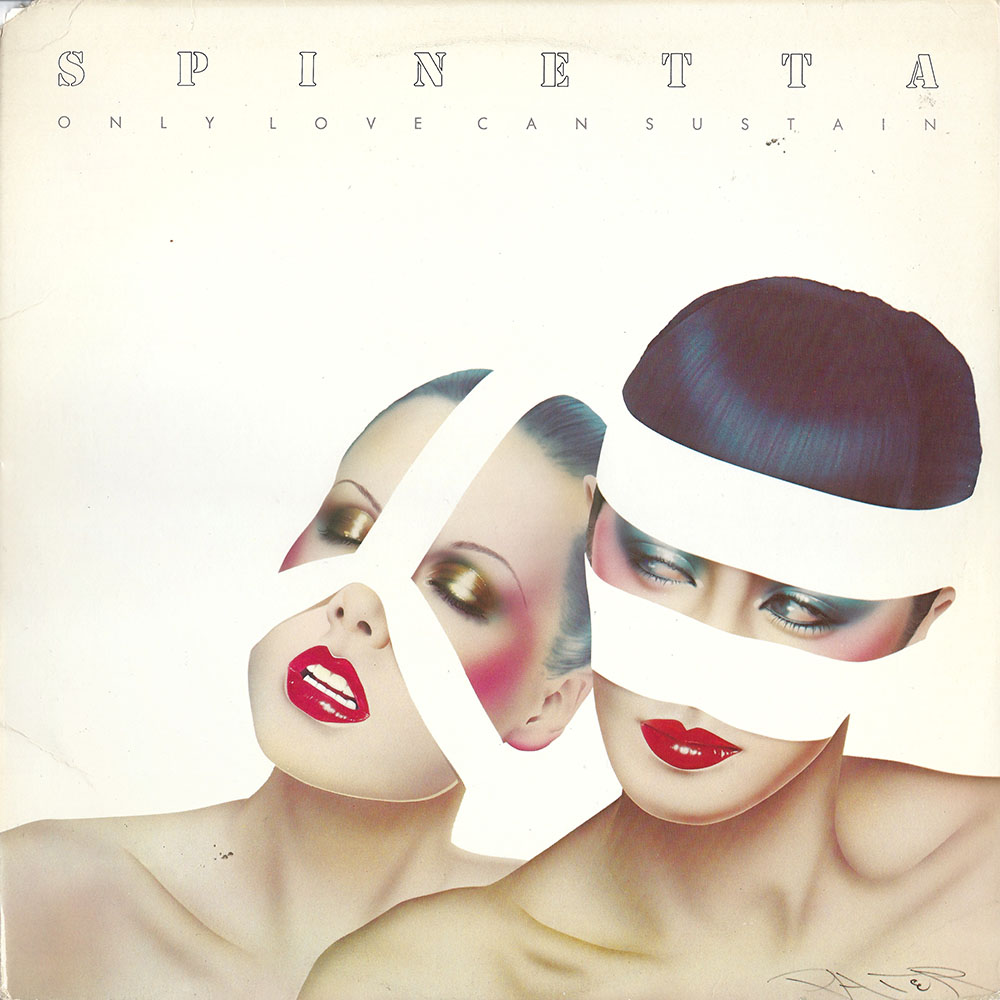 Featured in the “Mellow” section of Chee Shimizu’s Obscure Sound disc guide, Only Love Can Sustain is Argentinian rock legend Luis Alberto Spinetta’s first album released outside his home country. Spinetta is well-known for pioneering the use of the Spanish language in Argentinian rock music. Interestingly, this album is sung entirely in English, but Spinetta’s literary mastery still manages to translate through the album’s soothing yet melancholic soulful and jazzy rock tracks. The music is much more polished and expansive than Spinetta’s previous works recorded in Argentina. Apparently “having gone further than anyone in his field, Spinetta found his creative endeavors being limited by lack of sophisticated recording facilities, top-flight musicians, etc.” Only Love Can Sustain was then recorded with jazz producer George Butler (previously of Blue Note) and a mix of West Coast and East Coast musicians including studio legends Abe Laboriel, Paulinho da Costa, Alex Acuna.

Recommended – A1 Who’s To Blame, B2 Something Beautiful 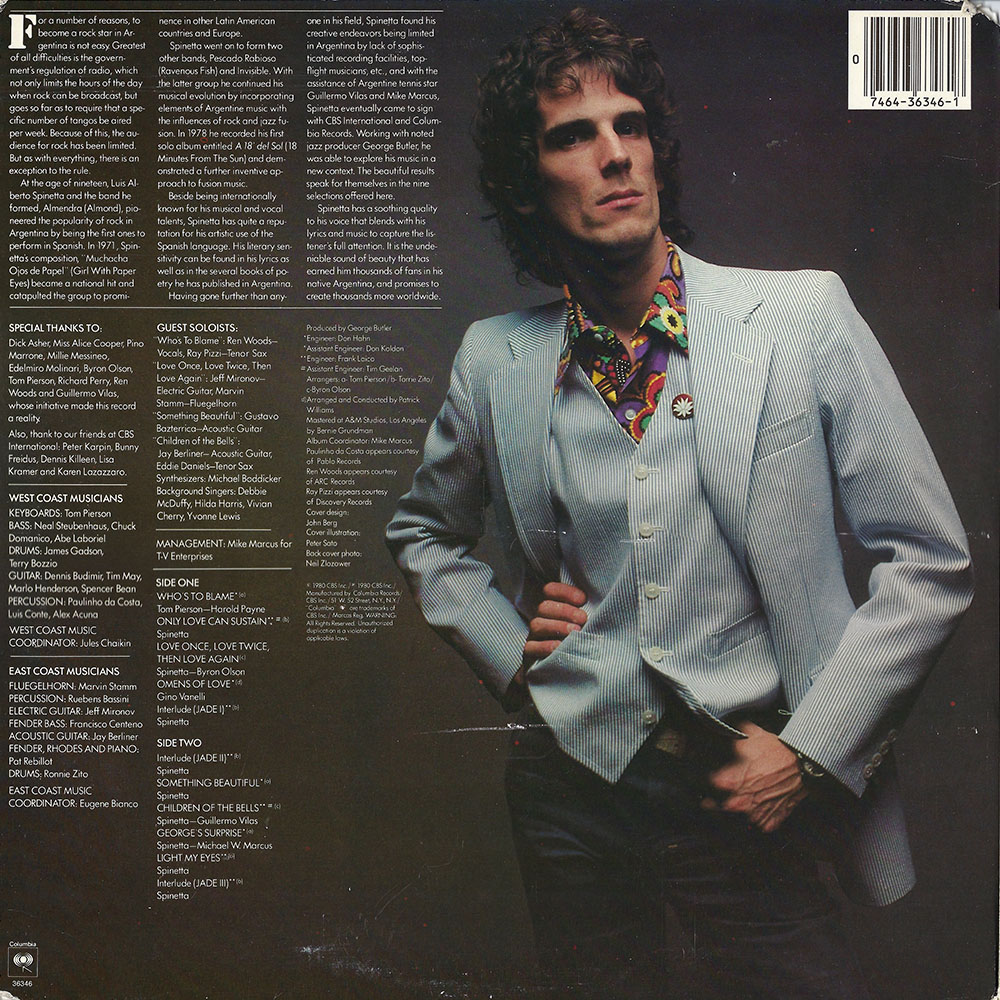 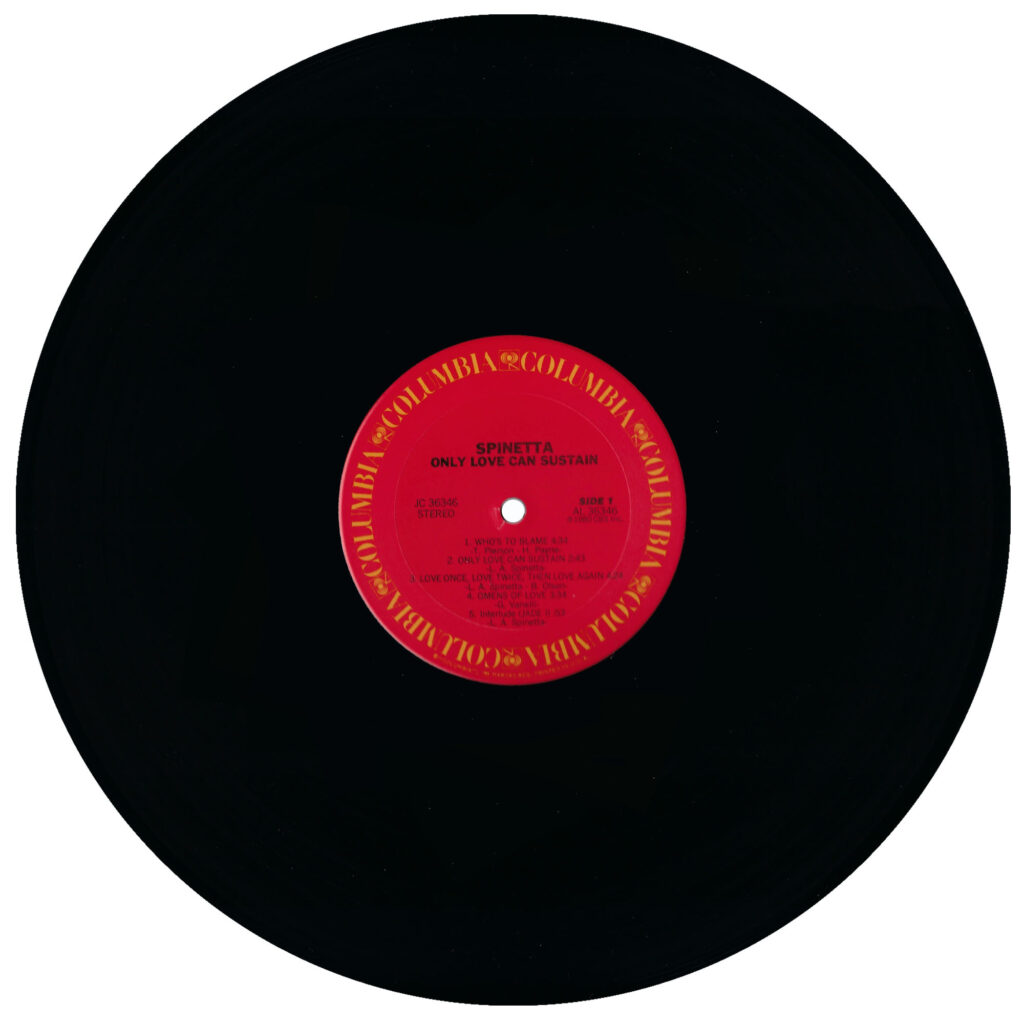 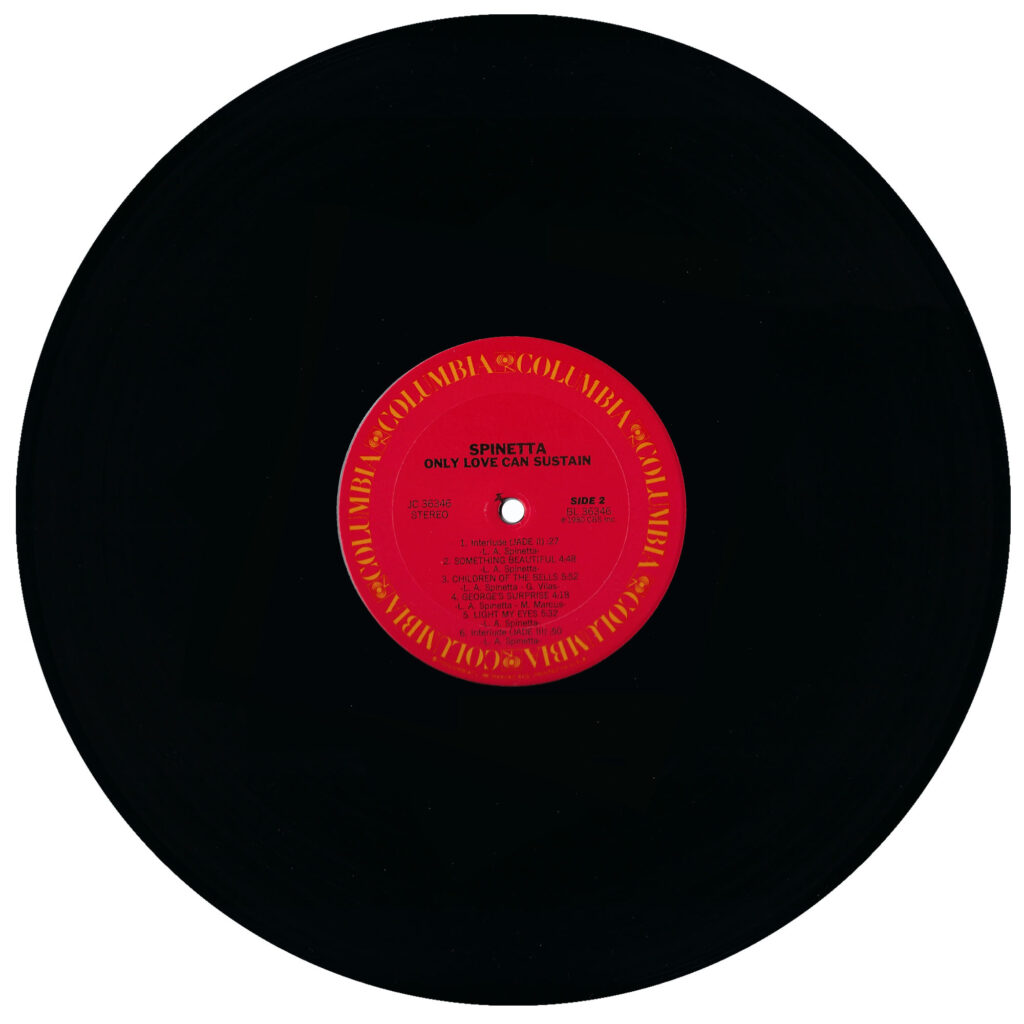