A look into the label behind the iconic ORIGINAL MASTER RECORDING.

If you’ve stepped into a reputable record store or stereo dealer in the past 30 years, you’ve been around them. If anybody you know collects records, you’ve seen them. If you have any audiophile friends, chances are you’ve listened to a few. And if you are a music fanatic that cherishes amazing sound quality, then you most likely own a few of them yourself.

History of the Company

Mobile Fidelity Sound Labs, known to collecting geeks as MoFi, has been putting out records since 1977, but the company was founded about a decade earlier by sound recording engineer Brad Miller. His passion at the time was for capturing what he called “field recordings.” (This is where the “M” in “Mobile” comes from.) With little more than a microphone and 8-track recorder in hand, starting in the 1960s Miller recorded the atmospheric sounds of thunderstorms, locomotive steam trains and other environmental utterances. Stereo sound recording was gaining popularity, and Miller realized that by panning his captured sounds left to right and combining them together, he was creating a sound field and depth not yet captured on record.

After meeting up with fellow audio enthusiast and disc jockey Gary Geogi in Washington state, the two began collaborating on how to get stereo music recordings onto vinyl that sounded as good as Brad’s field recordings. This research led them to Stan Ricker in Hollywood, who had been working on a “half speed mastering process.” This process used the original master tape cut onto lacquer at half speed, which was then pressed onto Japanese virgin vinyl.

The marriage of this direct tape recording and record cutting capability, along with the Japanese vinyl, resulted in a winning combination. Soon thereafter, the Mobile Fidelity Sound Labs record label was born.


Since 1977, MoFi has been putting out limited runs of these highly sought after hi-fidelity records, which music fans and collectors revere. The company has released more than 400 records to date, including stellar pressings of the Beatles’ “Abbey Road,” “Led Zeppelin II,” the London Philharmonic’s performance of Holst’s “The Planets” and Weezer’s “Pinkerton.”

Predictably, some of these releases are long out of print and either impossible to find or very expensive. These days it’s tough to find a copy of “Abbey Road” for less than $200 in good condition. If you do, consider yourself lucky, as many collectors consider it the best pressing of this record ever. That’s no small boast: literally hundreds of pressings and remasters of “Abbey Road” are out there.

Mobile Fidelity’s focus has always been on locating and sourcing the original master tapes for the company’s remaster. The remastering process is the art of tapping those  original masters to capture the most “life-like” picture of what the artist and producers were trying to attain. While this seems like a given, sourcing said analog masters can be an adventure unto itself for the company. It involves convincing the label and artist to green light the project and then locating the original master tapes.

Because a lot of these recordings were made decades ago, this can be an impossible process. Even when they’re found, tapes might be incomplete, oxidized or damaged. If so, the project is scrapped. When masters are deemed worthy, engineers at MFSL work with precision audio pressing equipment so they can get the most from these tapes.

Half Speed Mastering and Sound Quality

The so-called special sauce that makes MoFi records superior is the attention to detail at every turn. The magnetic master tapes are transferred with painstaking precision — without compression and minimal equalization — to create as close the exact representation of the music as possible. The vinyl they source, while no longer from Japan, is still 100% virgin and of a much higher density than your average mass market record.

This process, of course, is much more expensive, but the results are worth it. The sound floor is consistently quieter and the overall fidelity is virtually unbeatable.

The Future of MOFI

With the vinyl market stronger than ever, MFSL continues to expand their catalog with monthly re-issues. The company has even created an ultra premium “super vinyl” LP line. Called the Ultradisc One-Step Box Sets, these limited edition records are considered to be the highest quality pressing being made today. They are issued in series of 7500 units at a retail cost of $125.00 each — and sell out almost immediately. In a little more than five years, the after-market for these releases has gone crazy. Santana’s “Abraxas,” if you are lucky enough to find one, will set you back in upwards of $2,000.

With the demand and its stellar reputation, the company has expanded operations to include listening accessories and equipment. Three years ago the company built their own factory, “MOFI-Electronics,” and started making their own hi-end audiophile cartridges and turntables. From what we’ve been told, the gear, like the records themselves, are flying off the shelves.

Quality, it seems, does matter. 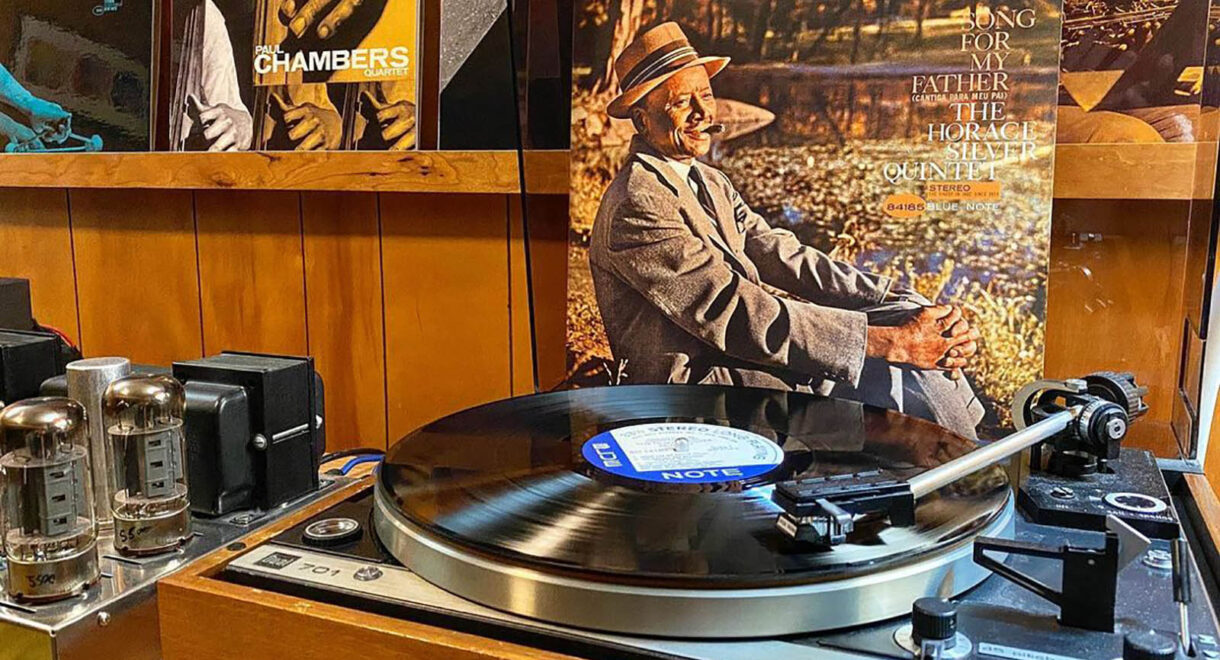 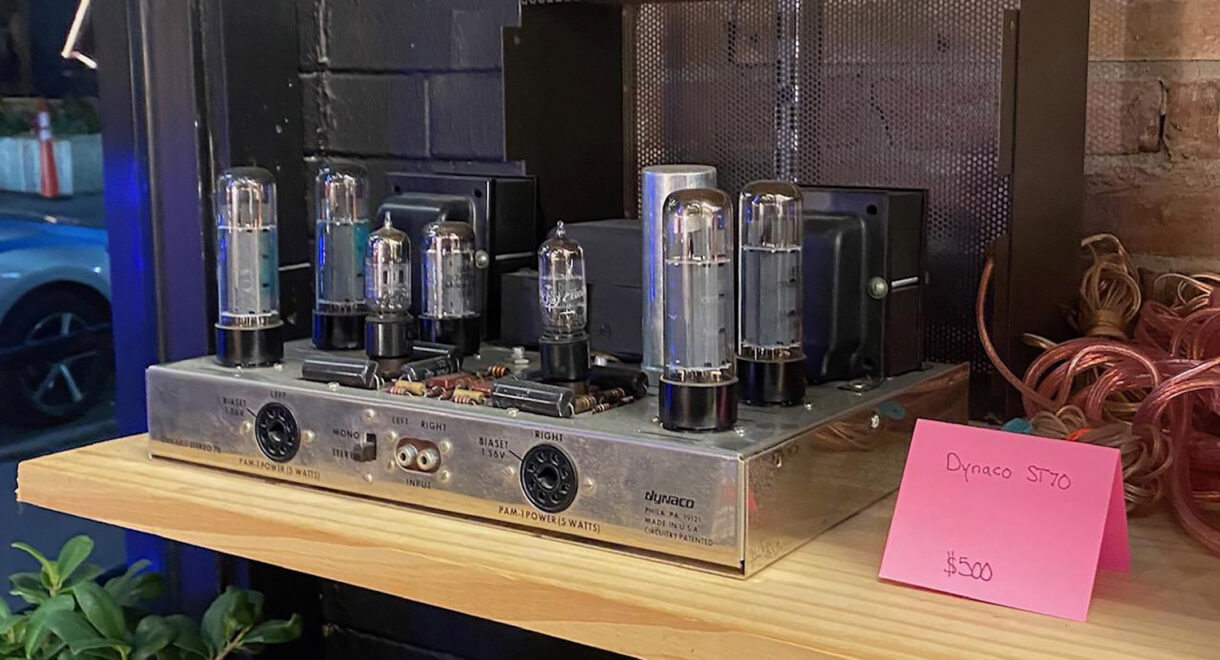 The Budget Audiophiler: The Hunt for Vintage Audio and How to Buy It

A fully comprehensive guide to buying vintage audio from ecoustics’ Budget Audiophiler. After reading the first two installments of my column, I’m sure it’s become obvious that I have a […] 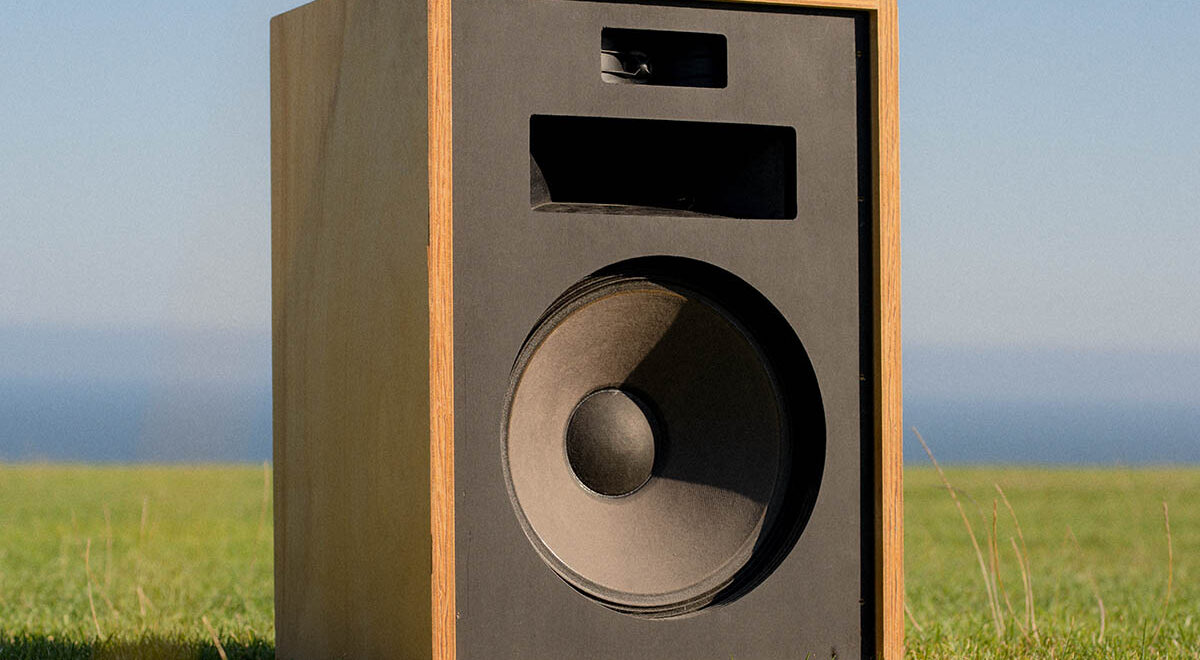 Affordable Vintage Speakers from the Golden Era of Hi-Fi

Klipsch, Altec Lansing, JBL, Advent, Acoustic Research, and more classics that won’t bust your budget. A great stereo system, the saying goes, is only as good as its […] 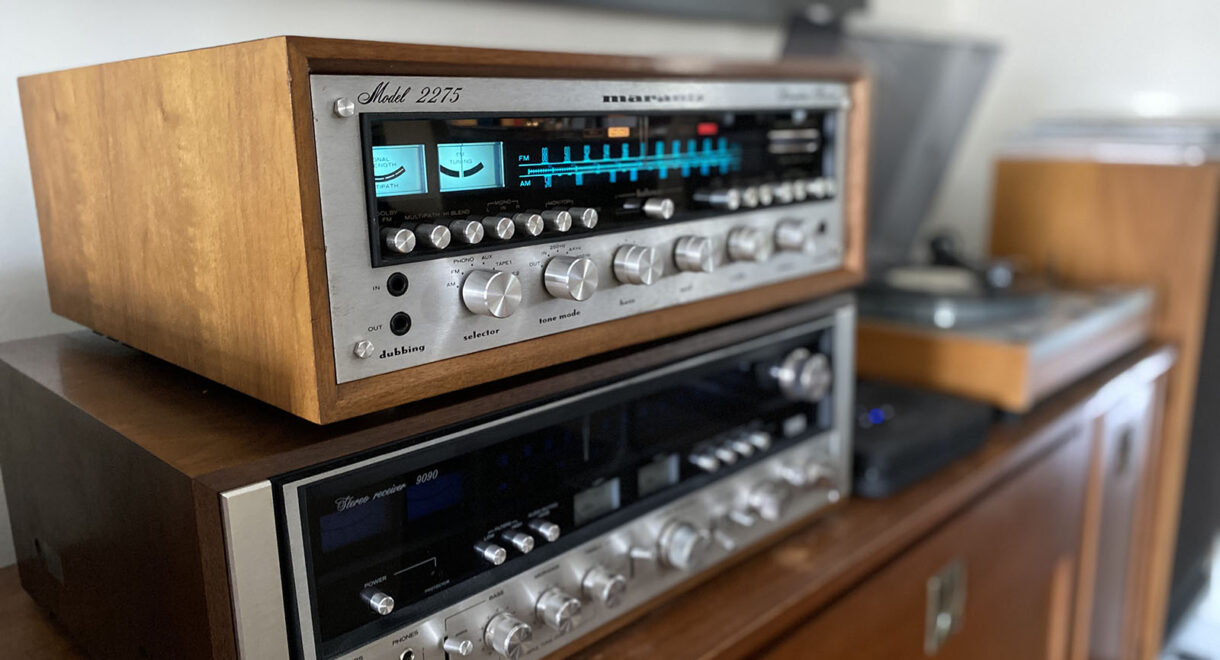 Seven vintage but affordable amplifiers to upgrade your listening setup. Here’s a scenario that virtually anyone who has entered the home listening game by investing in a vintage […]