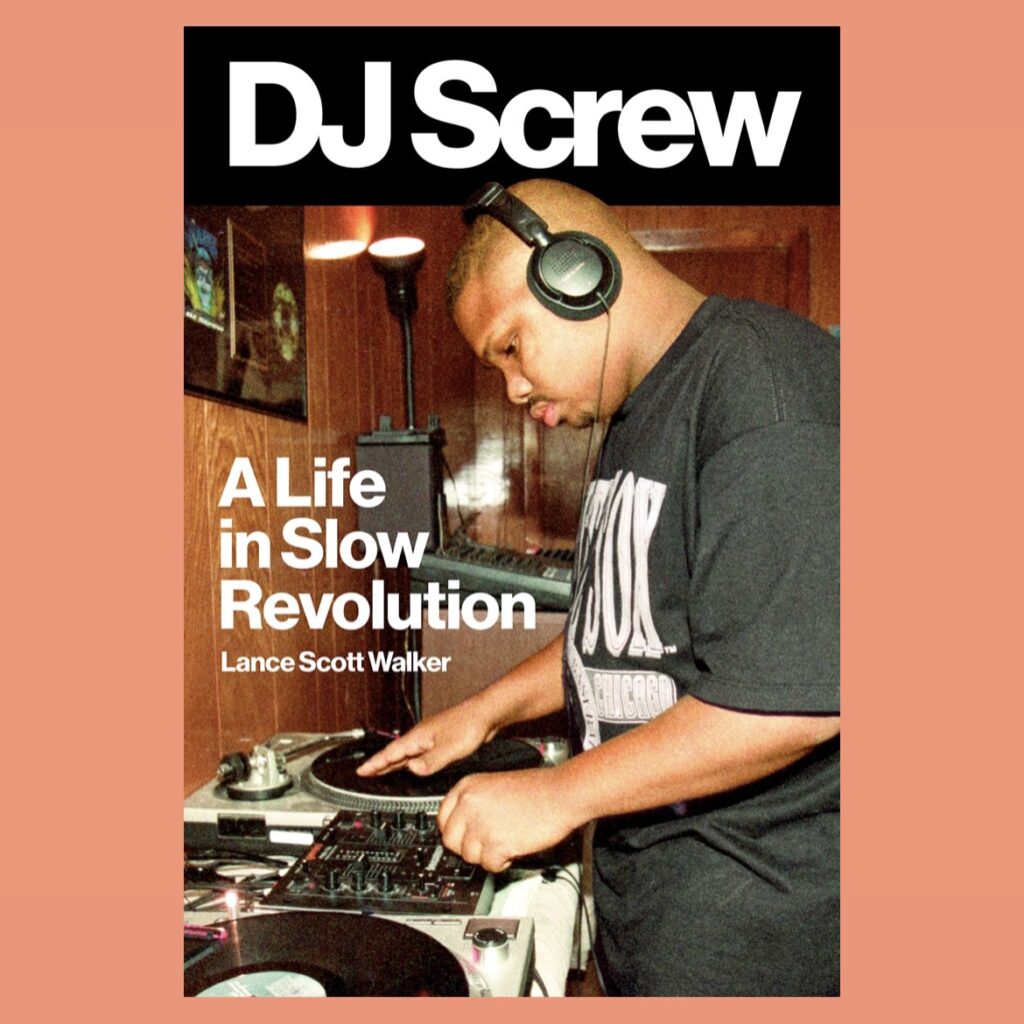 Author Lance Scott Walker interviewed nearly everyone who knew Screw for his book – from childhood friends to collaborators to aficionados who evangelized Screw’s tapes—millions of which made their way around the globe—as well as the New York rap moguls who honored him. Walker brings these voices together with captivating details of Screw’s craft and his world. More than the story of one man, DJ Screw is a history of the Houston scene as it came of age, full of vibrant moments and characters.

“Spinning two copies of a record, Screw would “chop” in new rhythms, bring in local rappers to freestyle over the tracks, and slow the recording down on tape. Soon Houstonians were lining up to buy his cassettes—he could sell thousands in a single day..”