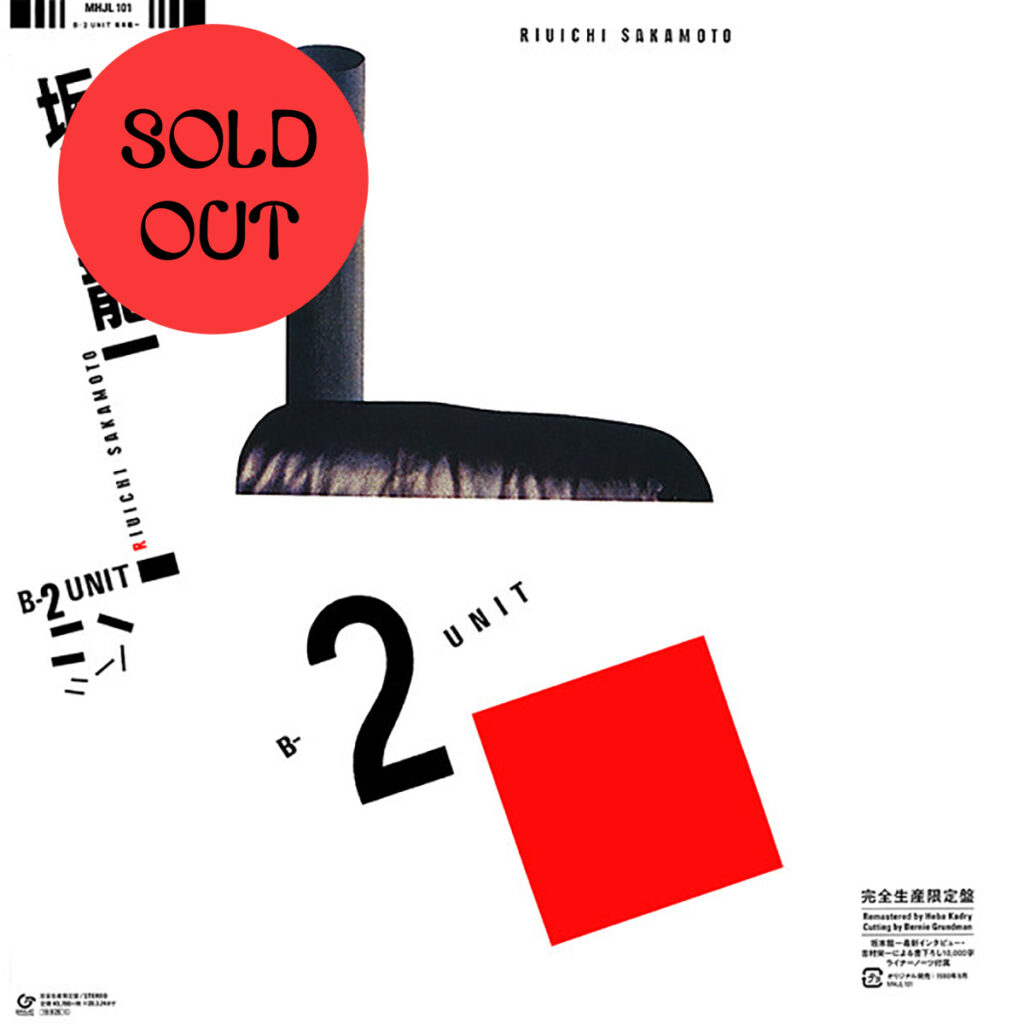 Originally released in 1980; Released while Yellow Magic Orchestra was enjoying its first wave of mega-success, B-2 Unit was Ryuichi Sakmoto’s second full length solo effort. Contrasting with the pop-oriented works Sakamoto was doing with YMO at the time, B-2 Unit was produced with a focus on sounds and tones rather than traditional song strucutres. Recorded in London and Tokyo with dub master Dennis Bovell, Penguin Cafe Orchestra’s Steve Nye, XTC’s Andy Partridge, guitarist Kenji Omura.