The year is finally coming to a close and boy, has it been one: Lockdowns, social distancing, vaccines, variants, worlds opening and closing – it’s been a ride! Obviously, music has been a big part of our year, but there are a lot of things outside of music that helped keep us sane.

For our final year-end list, each member of the In Sheep’s Clothing team shared something important to them that made 2021 special. We hope this list provides some new directions in your downtime, through your lunch activities, late nights, etc.

Braiding Sweetgrass and The Living Mountain

I read several lovely books this year, but the two that really stood out were ‘Braiding Sweetgrass’ by Robin Wall Kimmerer and ‘The Living Mountain’ by Nan Shepherd. Both are heartfelt explorations of nature and connectivity – and written through the lenses of scientific research, spiritual reflection, and indigenous philosophy.

The authors encapsulate their experiences being immersed in their native environments – meditating on the seasons, the land and sea, the flora and fauna – all while drawing profound analogies to our own lives. Tenderly written with poetic prose, their deep observations are impactful reminders of how much we can learn from quiet time in nature. These were delightful to read first thing in the morning before starting my days for being richly contemplative and grounding – highly recommended!” – Radha

One of the best things this year for a lot of us was discovering this great new music-focused brewery in Chinatown. For the past seven years, Homage Brewing has been sneakily crafting the best saisons just outside downtown, but over the summer opened its doors to this second location. With an all Klipsch system and a fresh new dancefloor, Homage has thrown some of our favorite nights this year and has definitely brought a lot of new life to the LA DJ/music scene.

Expertly curated by our good friend Juan Izguerra, the Night Moves parties have raked in local favorites from Suzanne Kraft and Benedek to even bringing over Detroit heroes like Scott Zacharias and Bill Spencer for an amazing night. Owners Matt and Lauren Garcia are the sweetest people around and lovingly overseeing it all. Highly recommended to our LA readers in need of a new spot for music or drinks. – Dane

Because the greater part of 2021 was spent still working from home, there were those few places myself, and I imagine most of us at-home workers, relied on to power through those “forgot to eat breakfast-hybrid-lunch” days. The sandwich reigned supreme in most situations for me, sometimes acting as a double meal thanks to the generous portion sizes from some of my favorite spots. I had to narrow it down to the two places that got me through it the most, but feel free to reach out for some more deep cuts in the greater Los Angeles area!

Gamboge in Lincoln Heights. It was a delight to find these amazing people after relocating to my new residence in the East Los Angeles area. Incredibly friendly service every time and top notch homemade quality. Their Cambodian numpang sandwiches are the jam and I can never choose between the lemongrass steak or the spicy pork because both are so good so I usually use alternate each time I visit. I’ve heard the oyster mushroom sandwich is good too for veggie eaters!

Wax Paper in Chinatown. They’ll make my list every year, simply because they check all the boxes. Fresh, clean food, friendly service, and consistency. Shout out to the Frogtown location too (it’s just a little farther from me). I alternate between the Garth Trinidad (turkey) and the Ophira Eisenberg (ham). The Ira Glass (veg) is killer too when I’m feeling veg.

Honorable mention: Banh Mi My Tho in Alhambra (only because it’s a recent discovery!). Get the #8.” – Jonny

I’ll forever associate 2021 with my newfound appreciation for contemporary dub music, and understanding the nuances among the different levels of dub music has been something I’m really thankful for this year. While I’ve been listening to reggae, dancehall and dub music for years, I wasn’t digging deep into the more recent dub scene until Phil mentioned that it was basically all he was listening to. I was, of course, familiar with the architects and staples of dub music – Lee Scratch Perry, the Scientist, King Tubby and a bunch of others whose albums I’ve been acquiring since I started buying records.

Granted, it’s a risky proposition because so many of these pressings, both original and reissues, don’t sound that proper, either due to less than optimal recordings or poorly mastered vinyl. Still, I’ve been able to cop some amazing gems. The 2007 pressing of 1983’s Don Carlos In Dub Tribulation, from Attack Records, sounds incredible. More modern dub sounds also really got me this year. Ingleton Falls: Champagne In Mozambique, was one of my most-played albums of 2021.

Seekers International, as well: I’ve been trying to find anything of theirs I can get my hands on. A lot of it has been digital-only to date, but the Om Unit Meets Seekers International album, Secret Location, is a favorite. It’s also been great to see Pachyman get more attention this year. The ATO release The Return of Pachyman has all the elements of a classic dub album, beautifully recorded and optimally pressed. – Bryan

HEI Network and the On Cinema Cinematic Universe

Though deep, intentional listening was the most effective salve for year two of the pandemic, I was also desperate for laughter, and the wickedly smart team of Gregg Turkington (aka Neil Hamburger) and Tim Heidecker (Tim and Eric) provided more yucks-per-hour than anything I experienced last year. Across the past decade, the pair has produced a vast, ever-expanding batch of projects and brief shows including On Cinema (the team’s introductory salvo, a Siskel and Ebert-style movie-review show), Decker (a duct-taped together Bond-style spy show), DEKKAR (Heidecker’s electronic rock band), an annual three-hour Oscars special, a major motion picture (“Mr. America”), Turkington’s expansive VHS library (Victorville Film Archive), and, perhaps most brilliantly, a fictional eight-hour criminal trial based on a plotline involving Heidecker’s failed desert rave that killed dozens due to drug overdoses. It is, literally, a mostly mundane trial with judges, lawyers, witnesses – a total commitment to the overarching joke.

Which is to say: The combined universe, with has involved struggles for ownership of Heidecker’s HEI Network that produces and broadcasts the shows, psychic breakdowns, weird sexual trysts, a cryptocurrency called HeiPoints and Turkington’s perennial fight to keep his On Cinema segment “Popcorn Classics” on the air, has been a godsend.

So dedicated are the pair that last year Heidecker’s HEI Network went behind a paywall: the only way to follow the many shows is to pay $4.99 a month (or $50 a year). Be forewarned: at this point it takes a deep commitment to catch up, but for me it’s been worth every penny. – E. Little

Throughout the tumult and exasperated joys of 2021, decaf coffee at odd hours in the many distinguished 24-hour diners in LA have given me that sense of “everything is fine” when I needed it — which was often. Piping hot coffee in white porcelain mugs saddled next to an artful display of single-serve creamers, surrounded by a revolving cast of some of the best people-watching in the city is fulfilling by itself. Adding the hedonistic glee of drinking what has the essence of a caffeinated brew without the consequence really is the coup de grâce. Special shoutout to Astro’s for its mid-century modern architecture, throwback tunes, and wonderfully monstrous philodendron plants that line the entrance. – Tana

Listening to music outside with friends

I spent a lot of 2021 indoors staring at a screen so the rare moments of listening to music together with friends have been a true blessing. Early on in the pandemic a few friends of mine decided to break up the monotony by setting up a hi-fi sound system outdoors once a month and playing music loud (which was something we hadn’t been able to do in what felt like ages).

These little outdoor listening parties later evolved into a radio show on NTS and we started inviting more and more friends over as the world opened up. It’s since become a semi-public hang/party featuring DJ guests from all over the world. Last month’s edition with Detroit’s Bill Spencer and Scott Zacharias, San Francisco’s Loveshadow (Music from Memory), and Miami’s DJ Ray was a special time that I won’t soon forget. – Phil 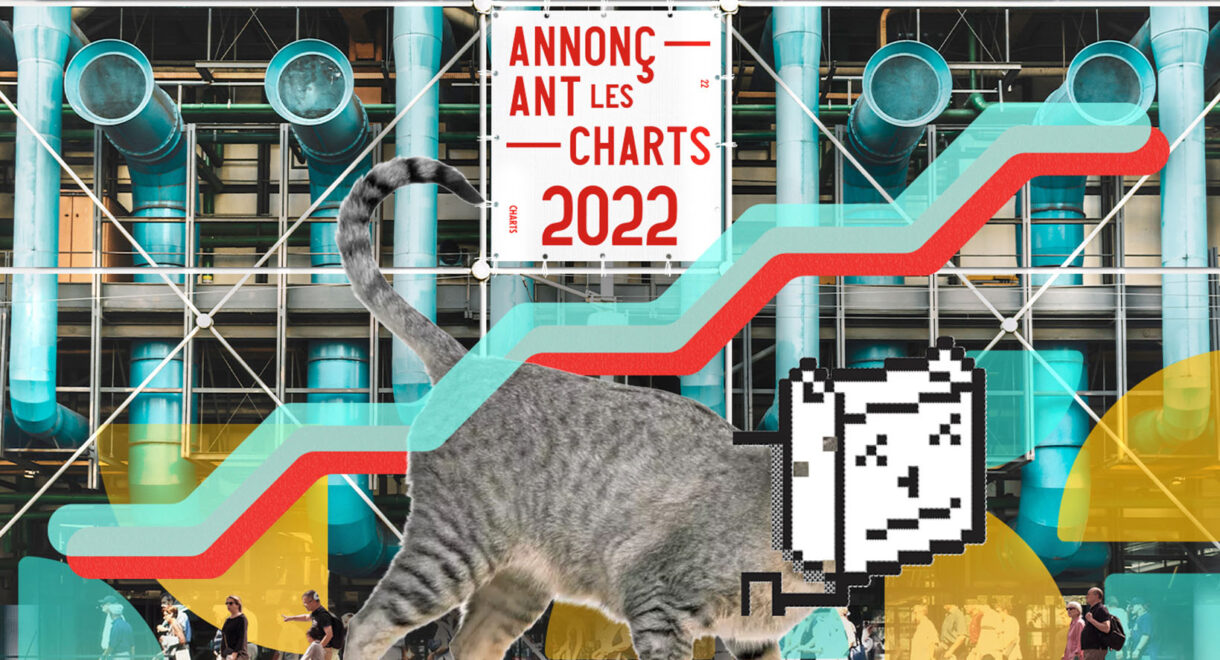 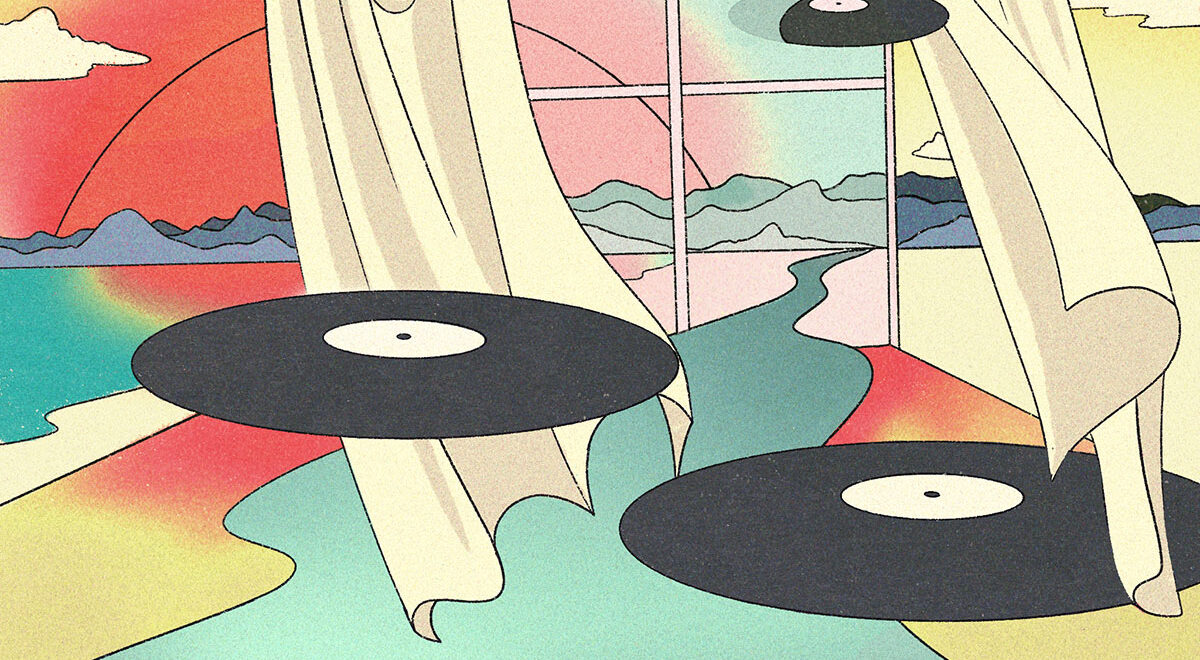