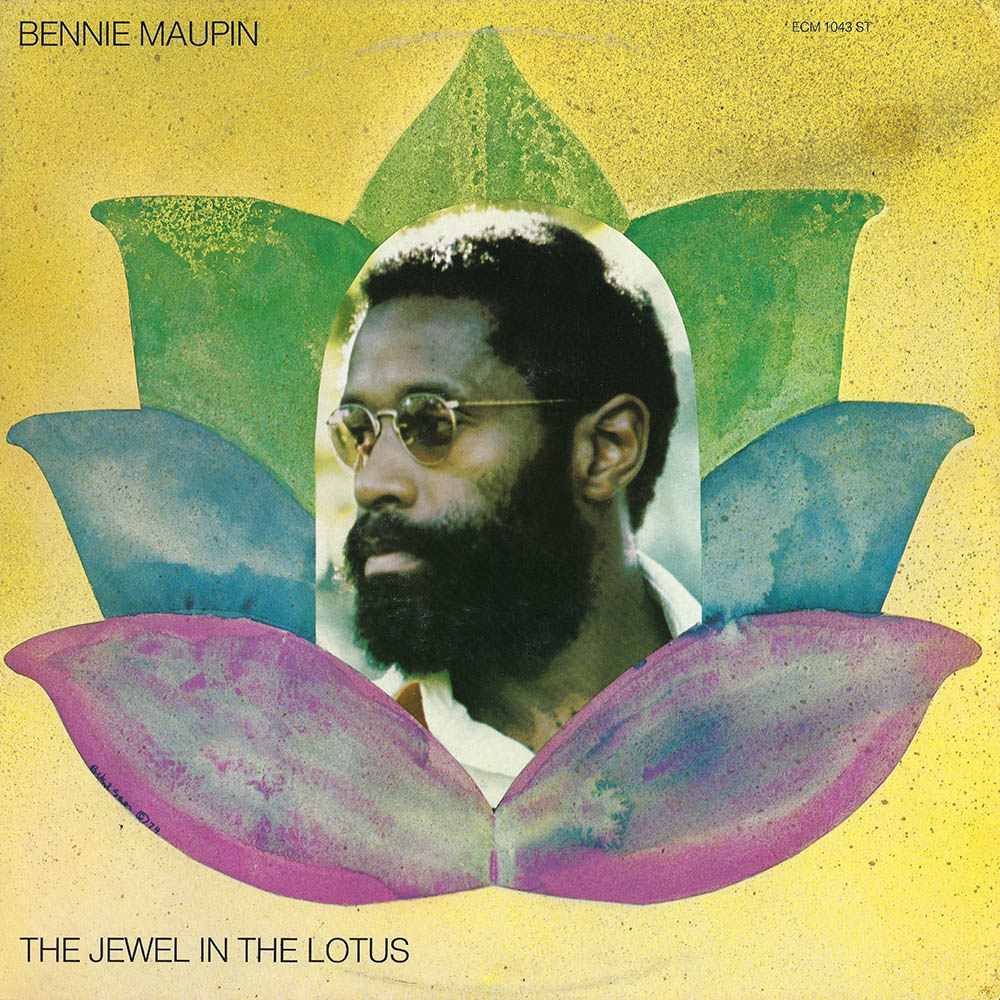 One of our favorite ECM records, The Jewel In The Lotus is the debut solo album from master bass clarinetist Bennie Maupin. Though not a household name, Maupin has cemented his place in jazz history through his work on a number of seminal fusion records including Miles Davis’ Bitches Brew and Herbie Hancock’s Mwandishi and Headhunters. Hancock appears on this album as well as a few other Mwandishi members, bassist Buster Williams and drummer Billy Hart. Maupin, Williams, and Hancock were all heavily influenced by eastern teachings, Buddhism in particular, during the recording of this album. The title is actually a translation of the Buddhist chant “Om Mani Padme Hum” which centers on the journey and transformation of the lotus flower. Naturally, there’s an overwhelming sense of beauty captured in these tracks… so much so that even a non-spiritual person will be able to understand the message!

Recommended – A1 Ensenada, A4 Past + Present = Future, Full Listen 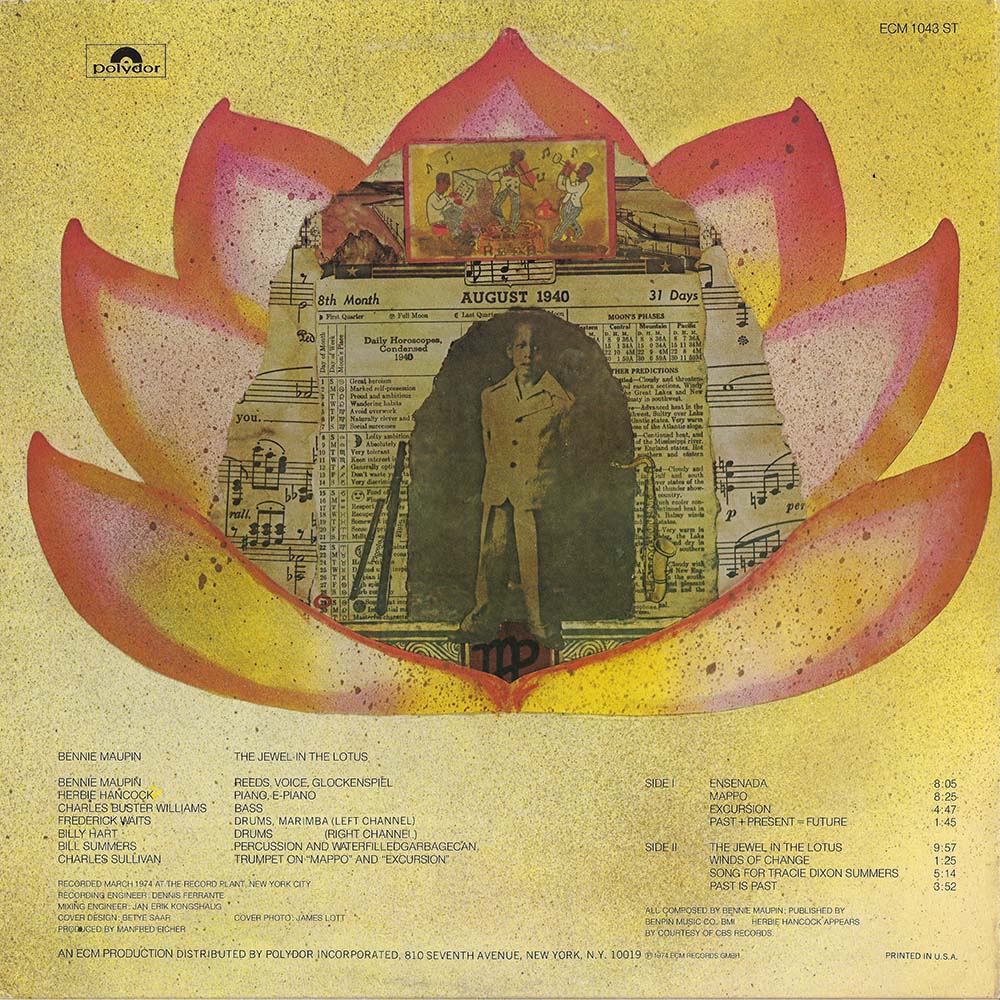 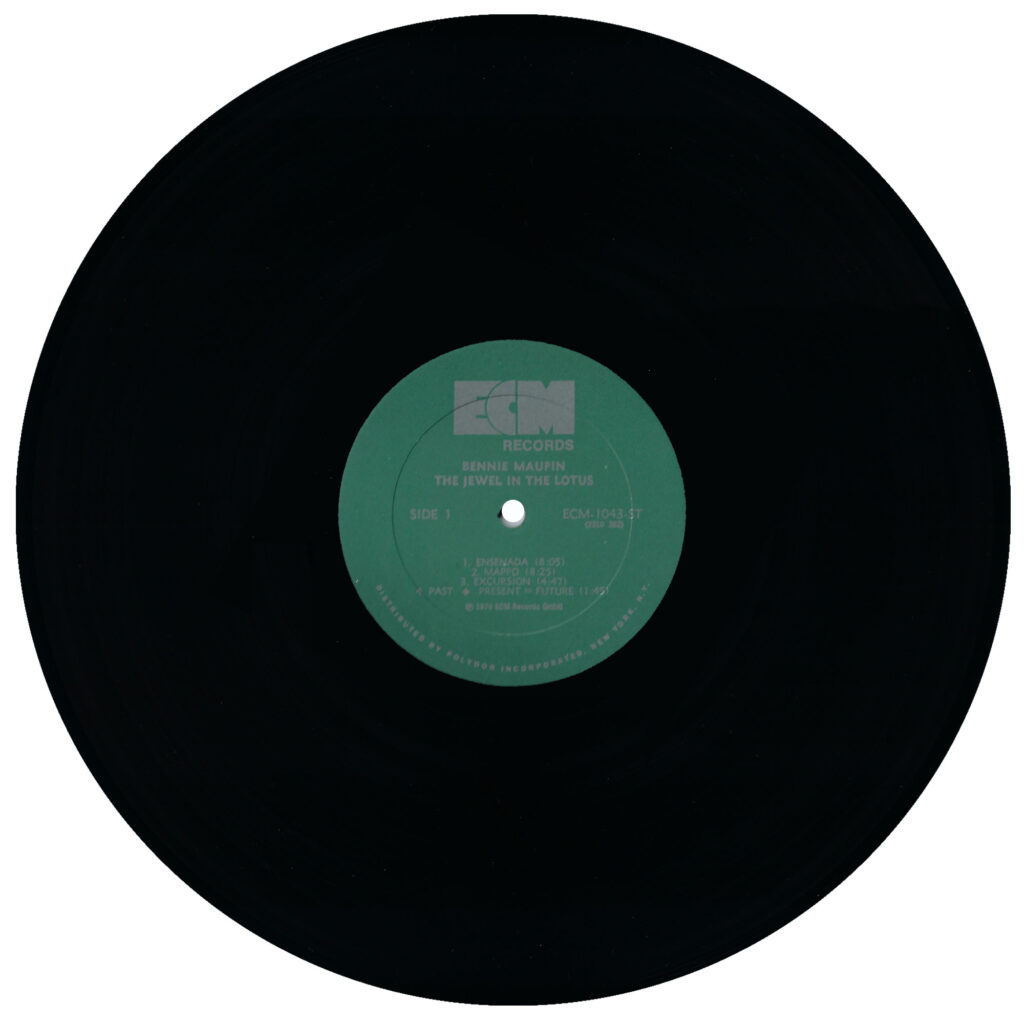 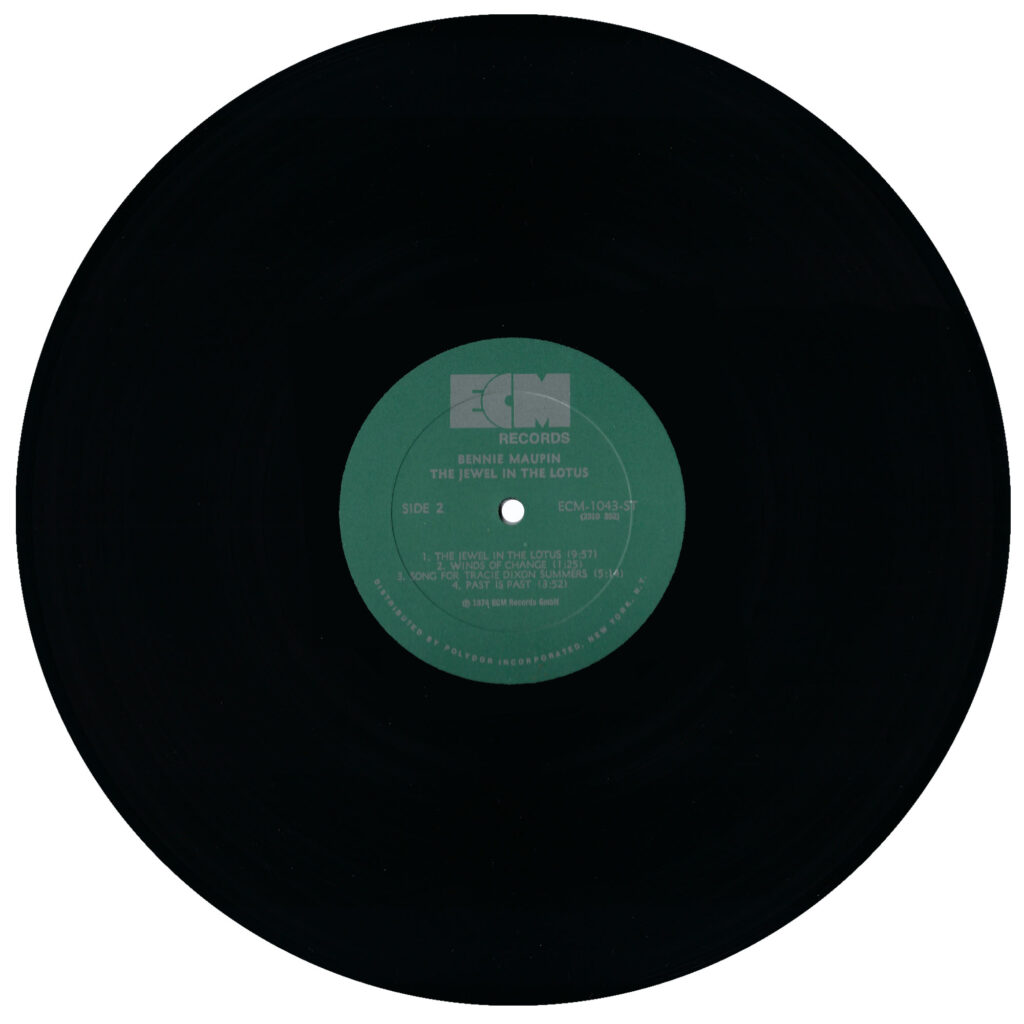