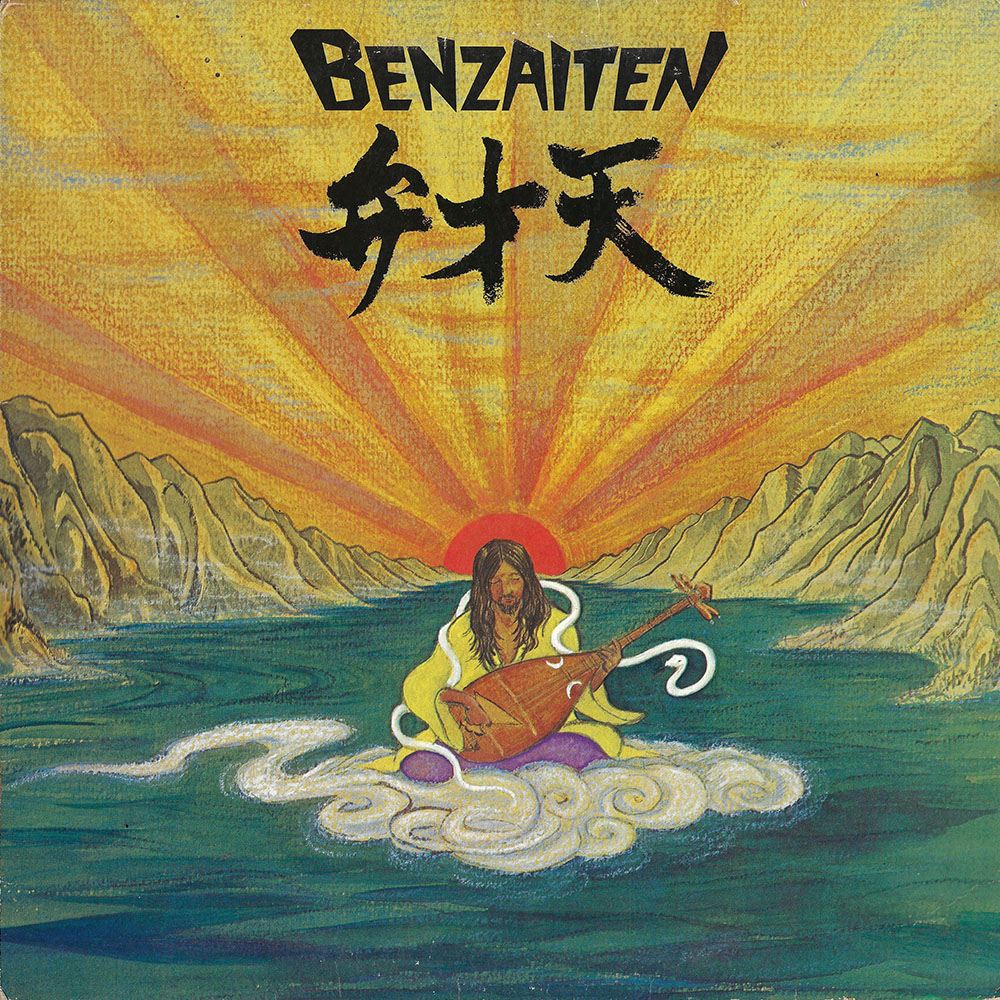 Japanese traditional music meets jazz, prog, and psych rock on this masterpiece by Osamu Kitajima on Island Records sub-label Antilles. Released during a time when a majority of Japanese musicians were essentially copying Western sounds, Kitajima took a different approach and focused on Japanese classical/traditional musical forms, infusing them with Western production and stylings. Shakuhachi, tsuzumi, narimono, sho, biwa, and hayashi-bue feature on the album alongside electric guitar, Ace Tone rhythm machine, and synthesizers, in a wonderful fusion of new and old. The music can be compared to world-leaning 70’s progressive acts like Embryo or Guru Guru, but according to the liner notes, “might just as easily be found comparable to the mid-sixties English and American artists, such as the Byrds and Fairport Convention, who had begun to breath electric fire into their respective folk musics.” 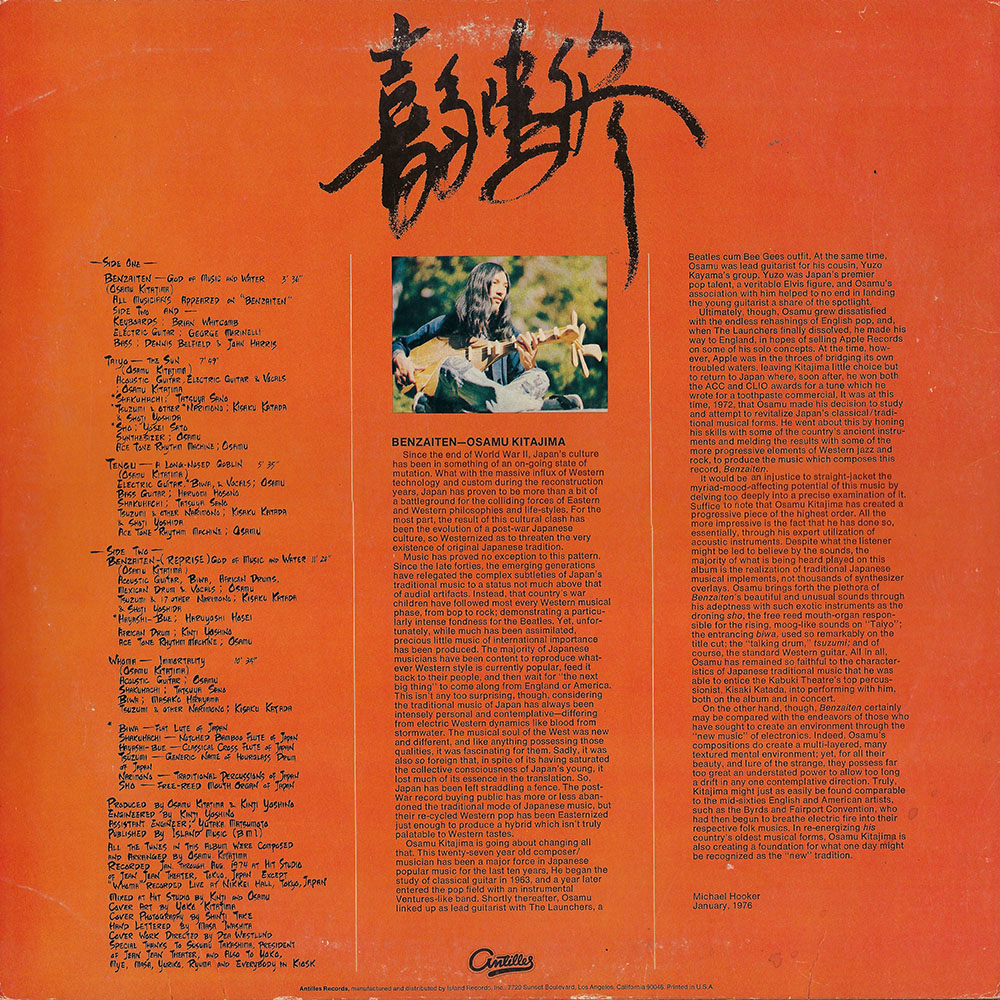 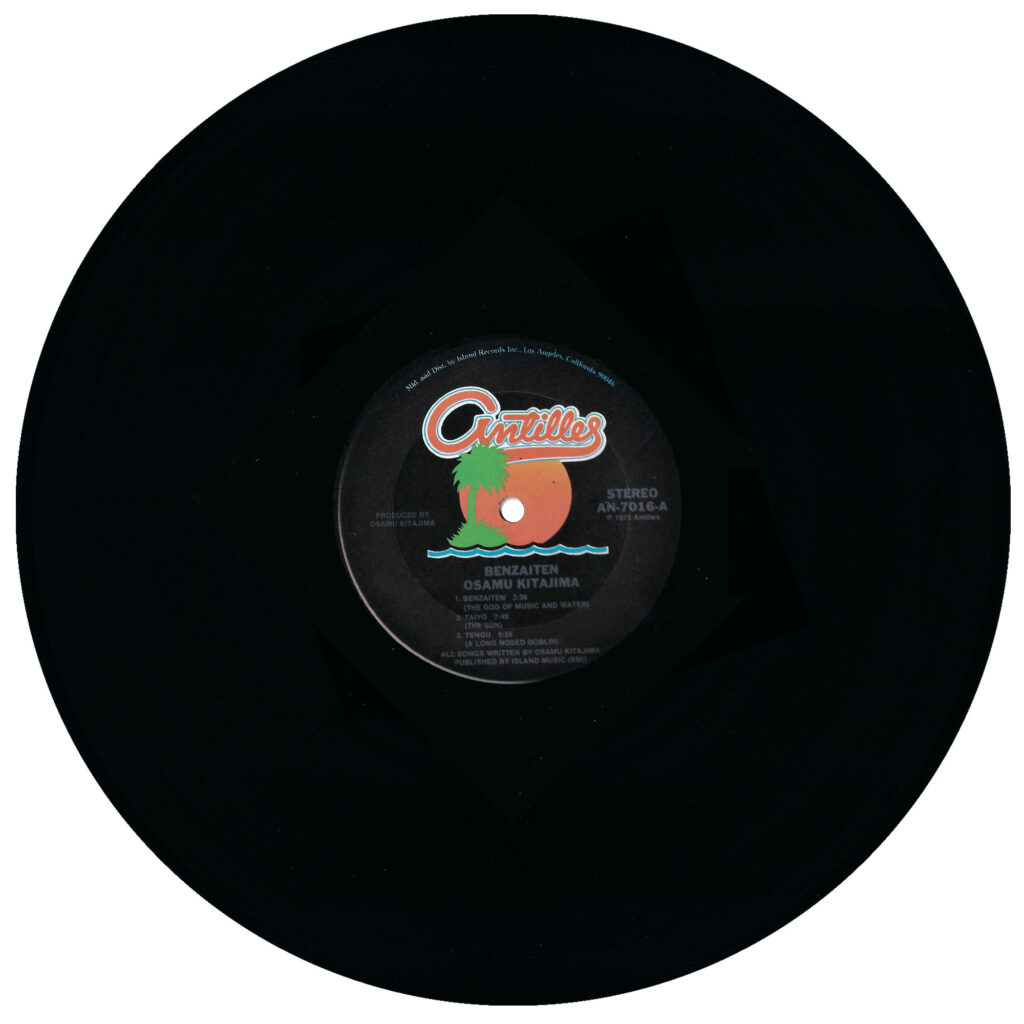 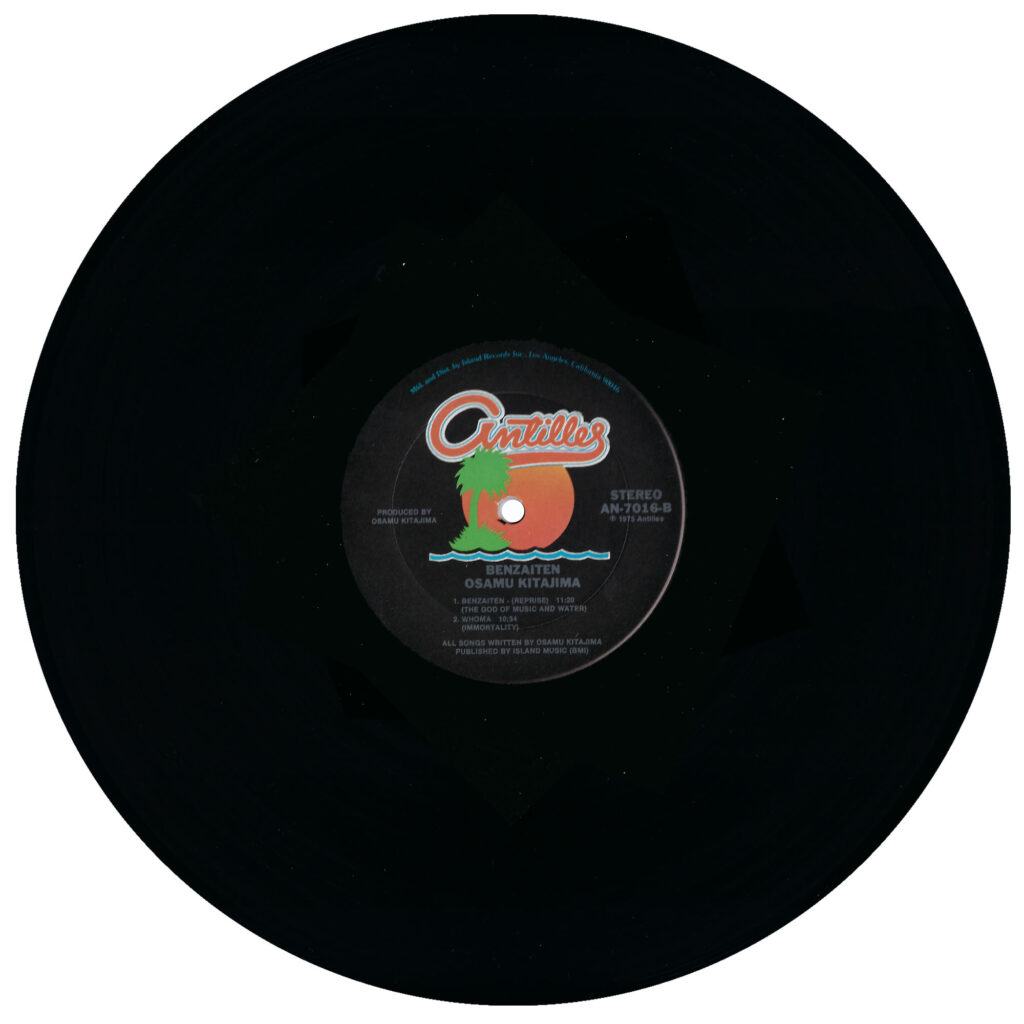