One of the more underrated singer-songwriters from the 70’s, Colin Blunstone began his career as the lead singer of the English rock band The Zombies. After releasing a number of hit singles and the baroque pop classic Odessey and Oracle, the group disbanded in 1968 due to management issues. Blunstone spent a year working as an insurance clerk before heading back into the studio to record his debut album, the appropriately titled One Year. The album is split between upbeat, rock tunes, backed by former bandmate Rod Argent’s new group, Argent, and lighter, sentimental love songs backed by Chris Gunning’s string arrangements. Highlights include the incredibly gorgeous bossa nova cover of Tim Hardin’s “Misty Roses” along with the fully string-backed version of Denny Laine’s “Say You Don’t Mind.”

Recommended – A2 Misty Roses, A3 Smoky Day, A4 Caroline Goodbye, B5 Say You Don’t Mind 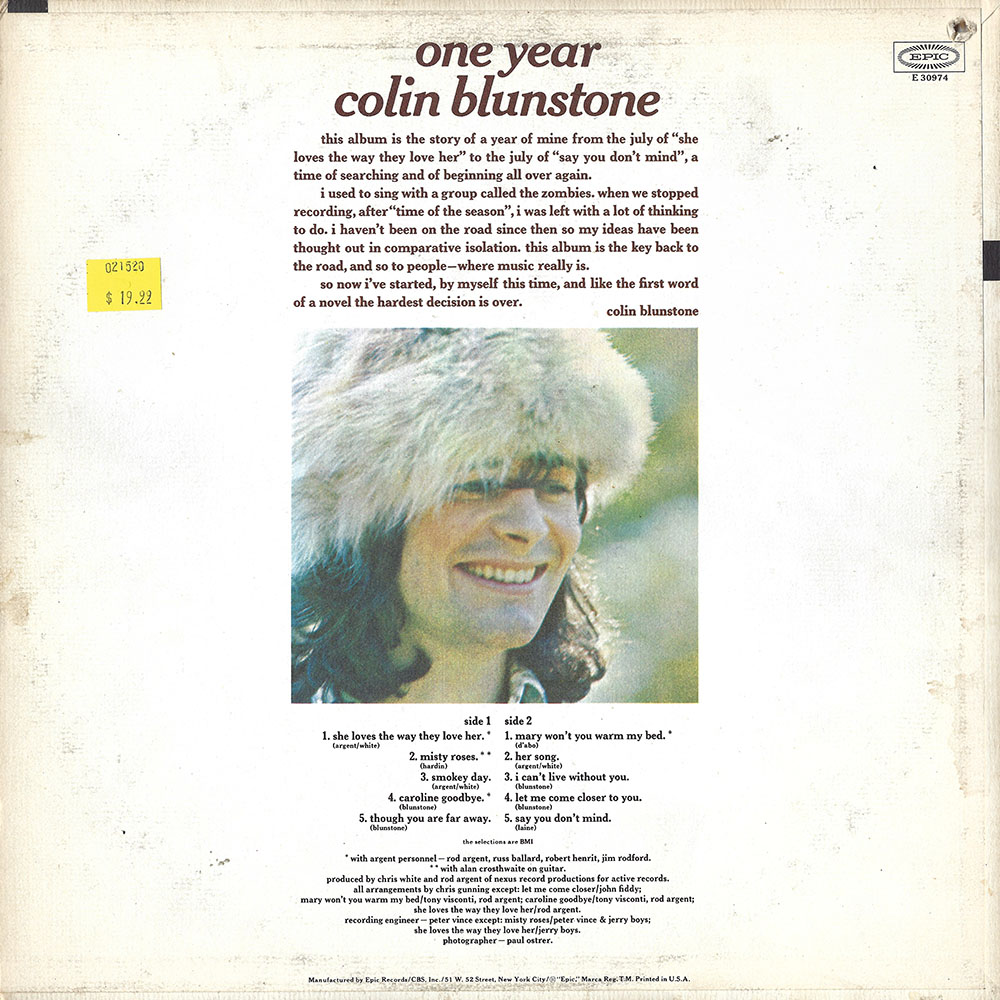 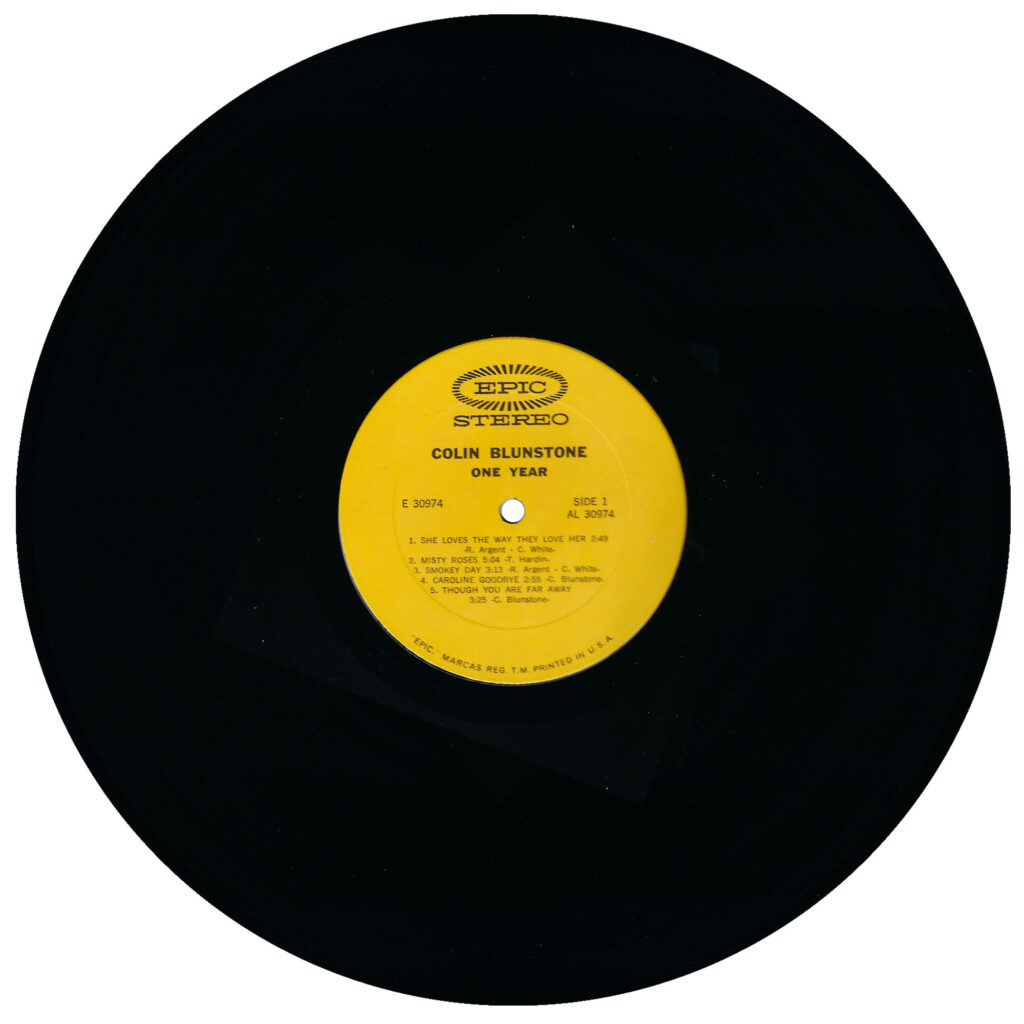 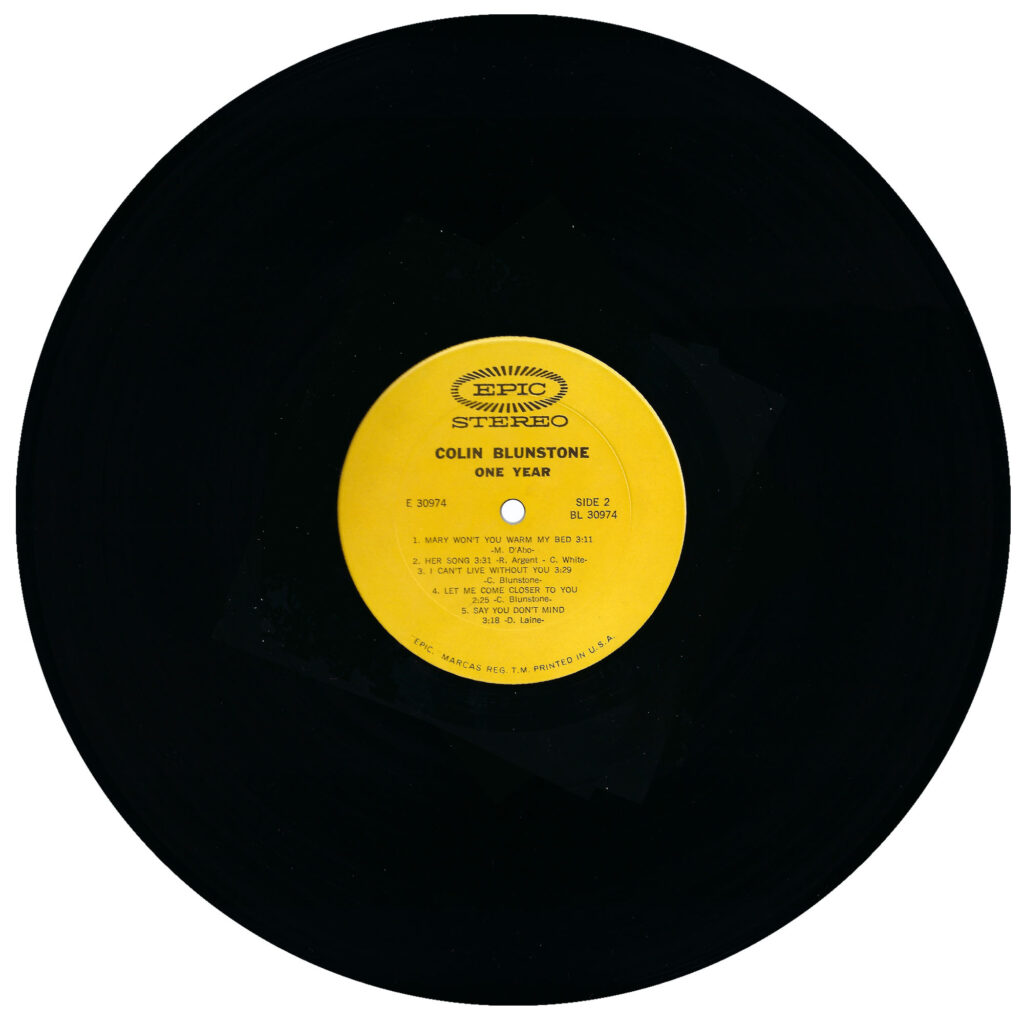