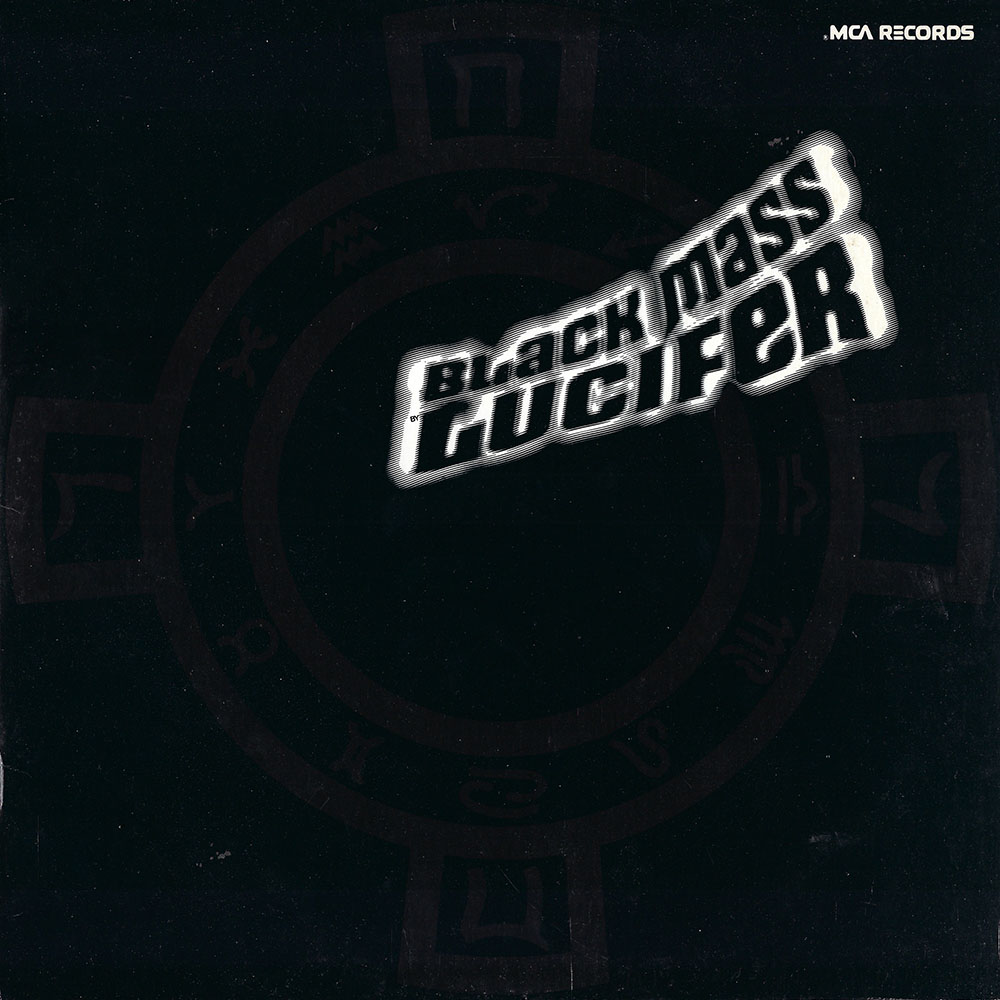 Before Mort Garson’s soothing ode to houseplants (the 1976 LP and now cult phenomenon, Plantasia), Garson spent a decade building one of the most varied and bizarre resumés a musician could have. As an early electronic researcher and music maker, he was one of the first to experiment with the Big Moog Synthesizer, using it to produce explorative electronic works that span from EZ-listening all the way to electronic music’s deepest, darkest corners like this progressive occult-influenced dungeon synth-pop record released under the apt moniker, Lucifer. 1971’s Black Mass is Plantasia’s older evil sibling – an all Moog synth interpretation of not plant-love but of occult and esoteric phenomena like exorcisms, witchcraft, and satanism. Despite its dark supernatural themes, the LP showcases the building blocks of that far more celebrated work he’d create five years later. Some songs even share similar opening flourishes (see “Incubus” and “Symphony of the Spider Plant”) until Black Mass’ lysergic modulations and epic timbres take over. A true esoteric masterpiece, this is Garson’s most progressive work in our opinion and one of the great experimental works from the electronic space-age! 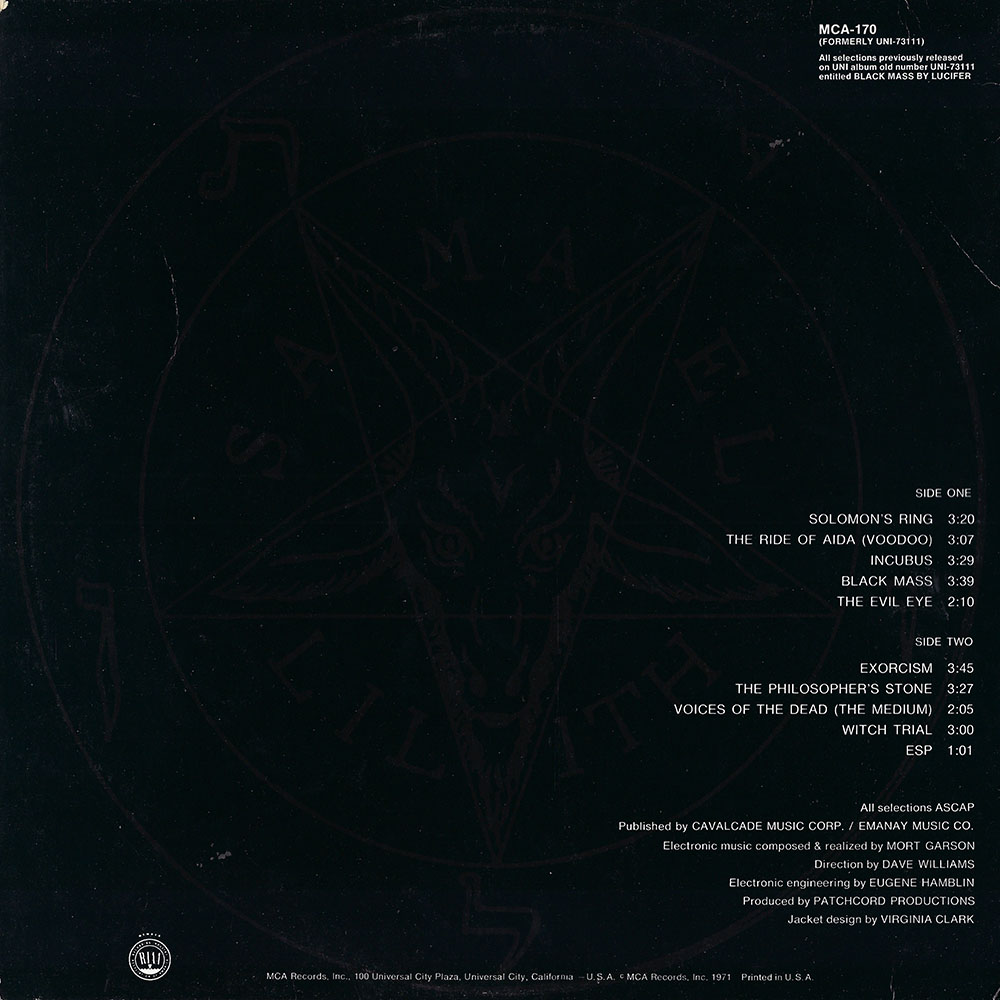 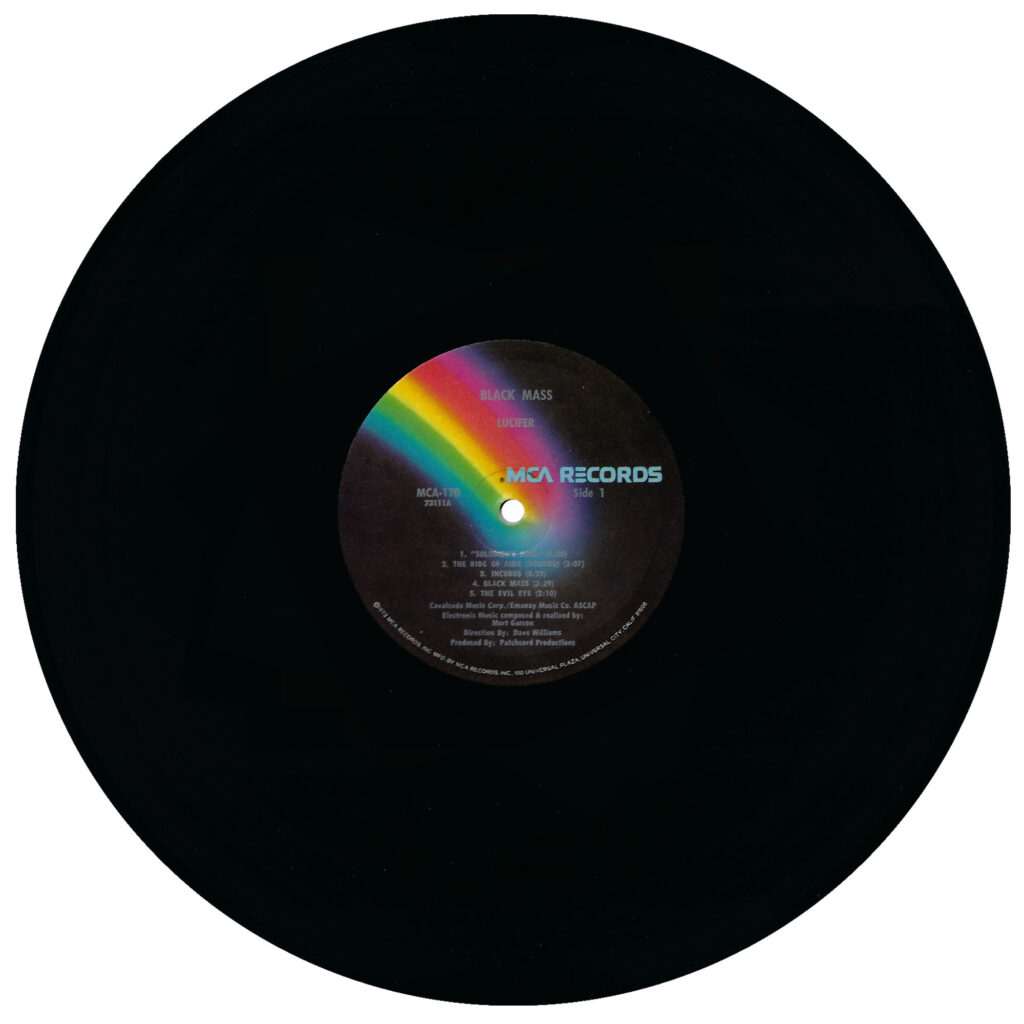 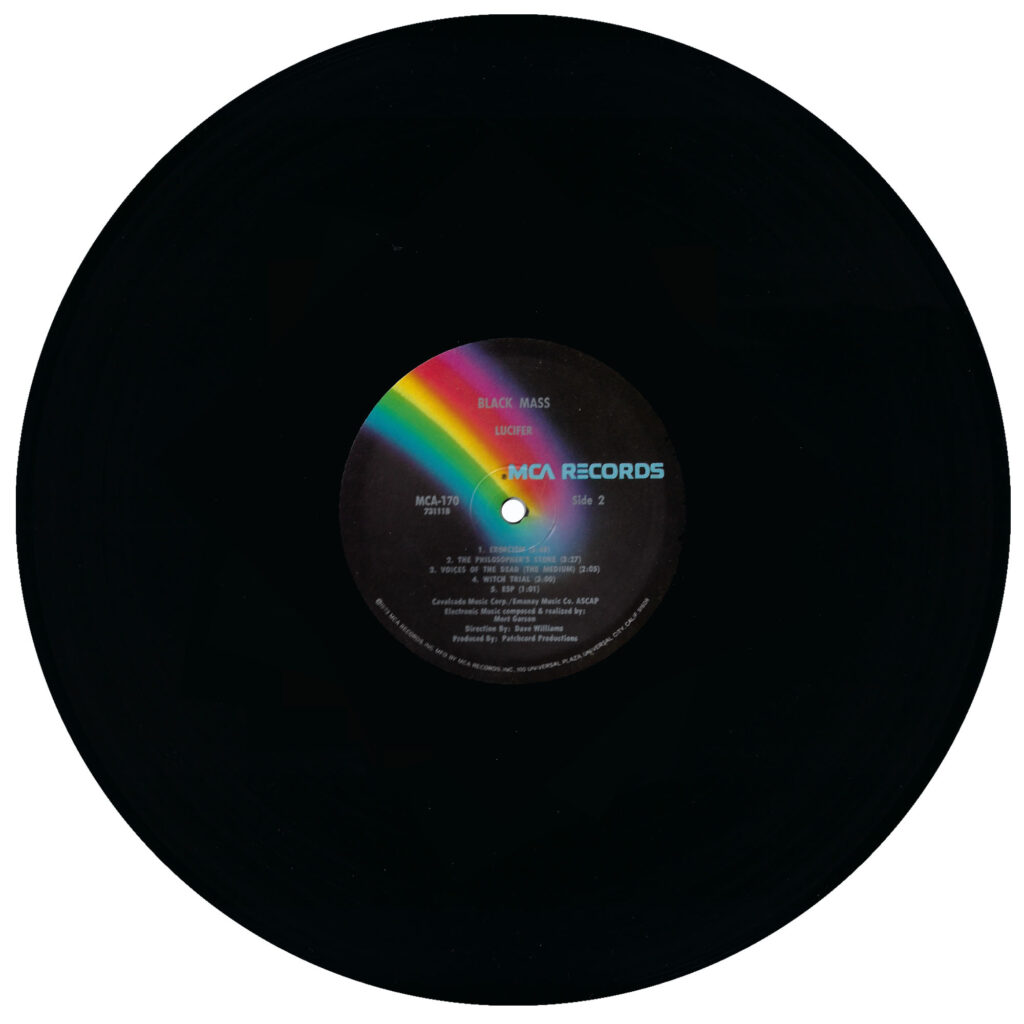