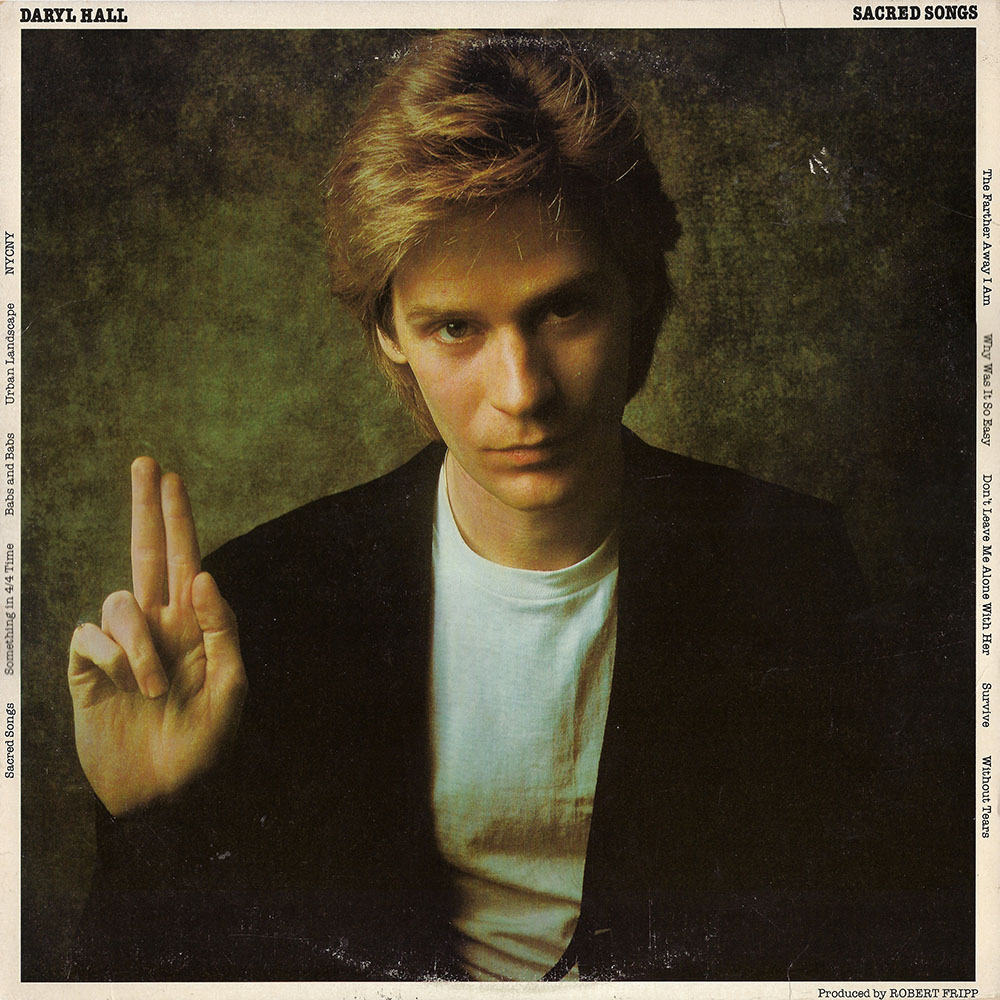 Part of a trilogy of albums produced by Robert Fripp in the late 70’s showcasing his “Frippertronics” guitar method, Sacred Songs is an unexpected but strangely beautiful avant-garde pop rock album. Fripp’s often brooding ambient tape loops bring out a different side of Daryl Hall, at times tapping into a transcendent sort of “earth magic” that can best be heard on slower ballads B1 “The Farther Away I Am” and B5 “Without Tears.” Recording for the album was completed in 1977 but Sacred Songs would be tabled until 1980 by RCA for fears that the album lacked commercial viability. It would later reach #58 on the Billboard charts without a radio single and has continued to be rediscovered and loved by Hall & Oats and King Crimson fans alike.

Recommended – A2 Something In 4/4 Time, A4 Urban Landscape, B1 The Farther Away I Am, B2 Why Was It So Easy