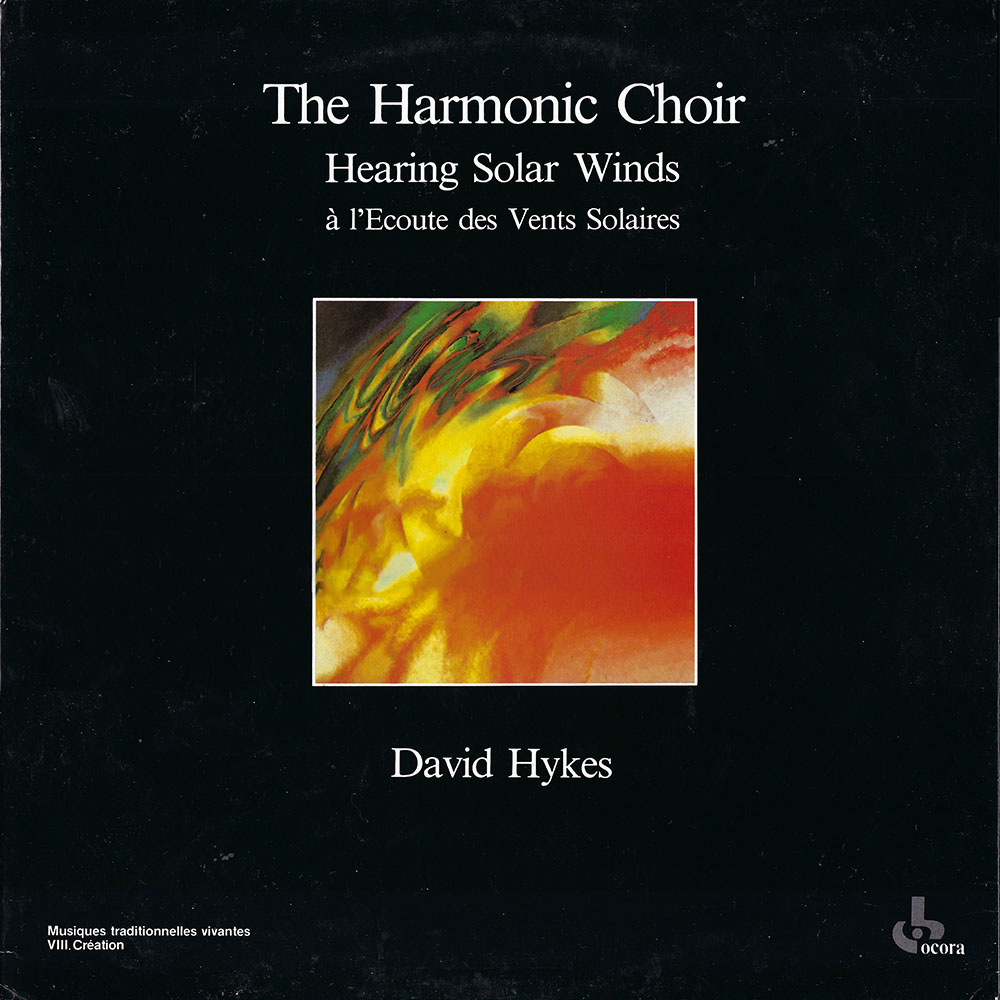 Established experimental film-maker David Hykes’ interest in traditional and sacred music, specifically western Mongolian khöömi performed in Tantric Tibetan Buddhism, would lead him to form The Harmonic Choir in 1975. Seeking to develop a new form of universal sacred music with the group, Hykes was the first Westerner to venture into the world of harmonic and overtone singing with his own “harmonic chant” that was based upon the natural harmonic overtones present and fundamental to music and nature. Hearing Solar Winds was his first album with the group, recorded over the course of two nights in L’Abbaye du Thoronet, a 12th-century Cisterian monastery in Provence, France. There are no instruments besides the human voice: a single low bass note holds, another voice in a higher note joins, creating an overtone, each member’s voice shifting the harmonics and musical trajectory through each of the album’s eight pieces. Much like the voices themselves, the album works best as whole, creating an hour-long introspective journey or a means of tapping into a higher spiritual frequency. The voices shimmer in a mystifying way, creating moments of almost auditory illusion, rooted in reality but at times feeling as though they belonged to a choir of otherworldly spectres. A massive milestone for the human voice, it’s unsurprising that Hearing Solar Winds would eventually become the most successful vocal overtone record of all time. 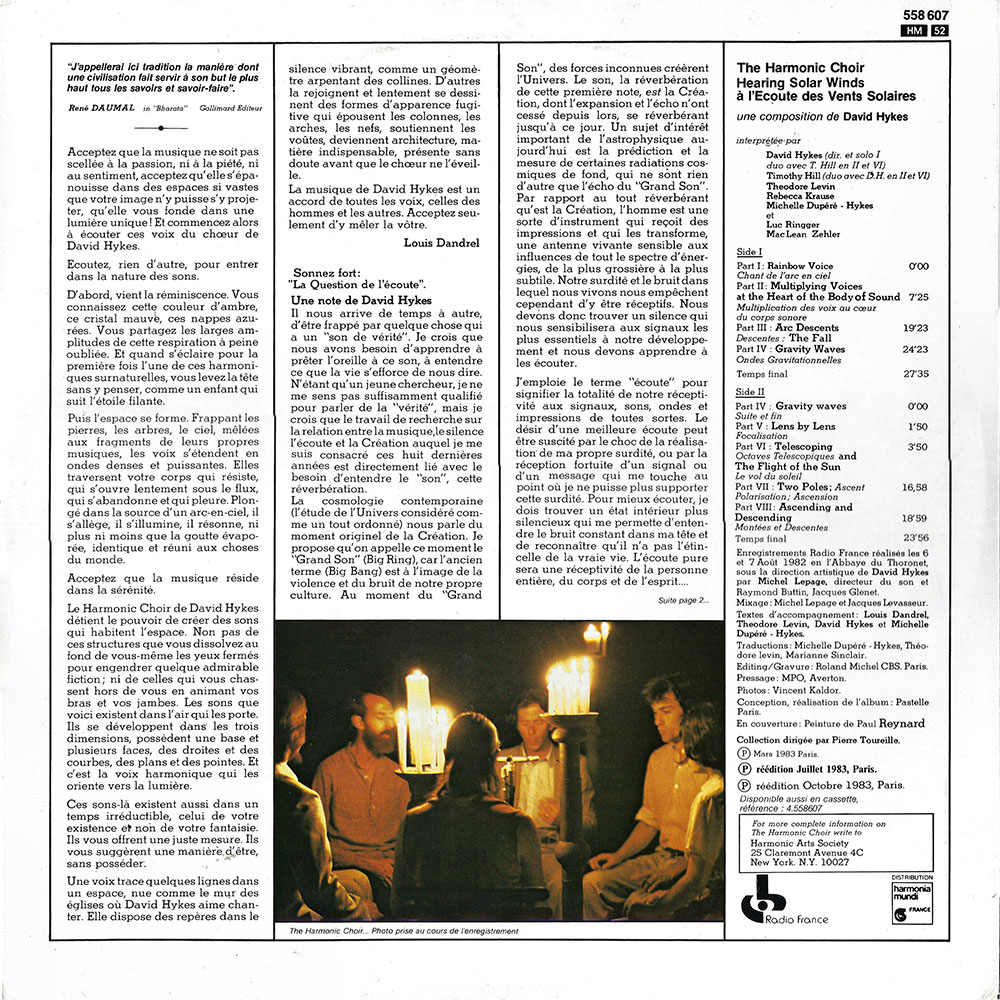 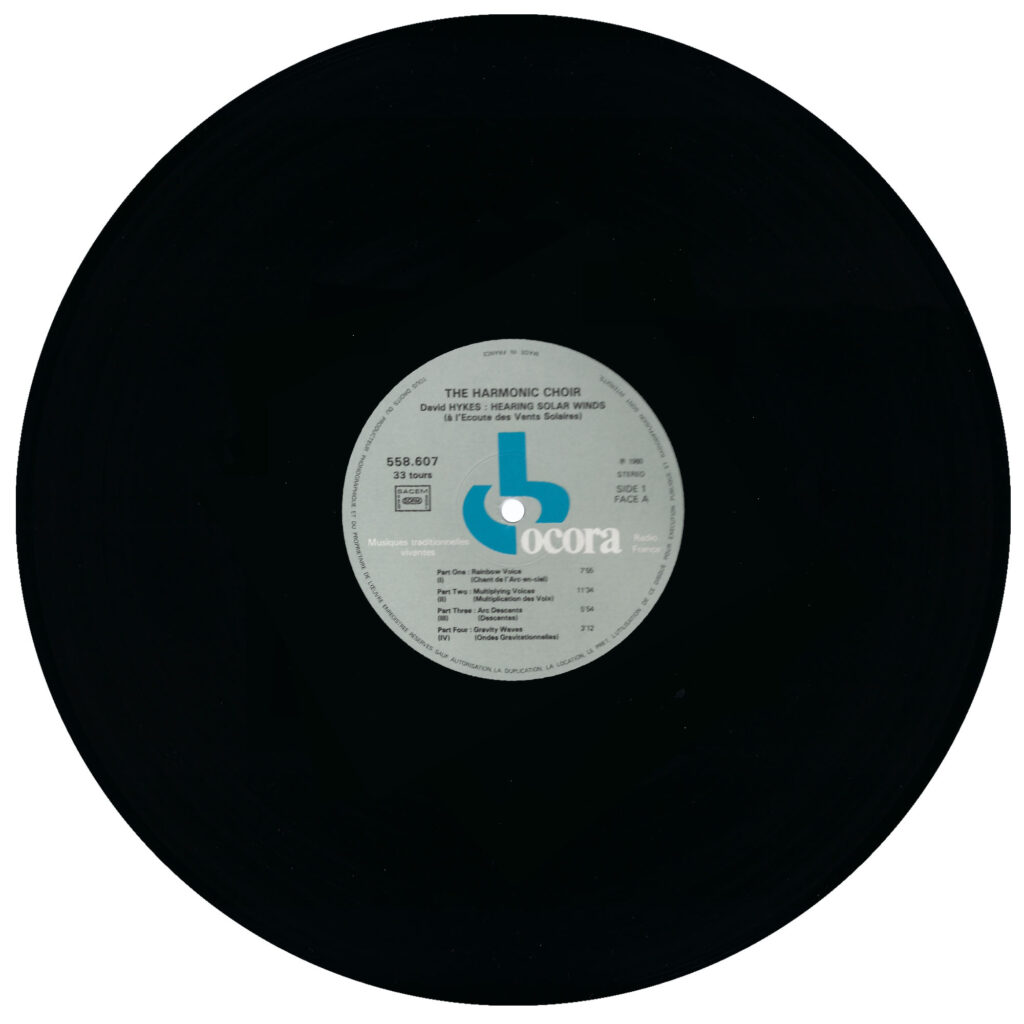 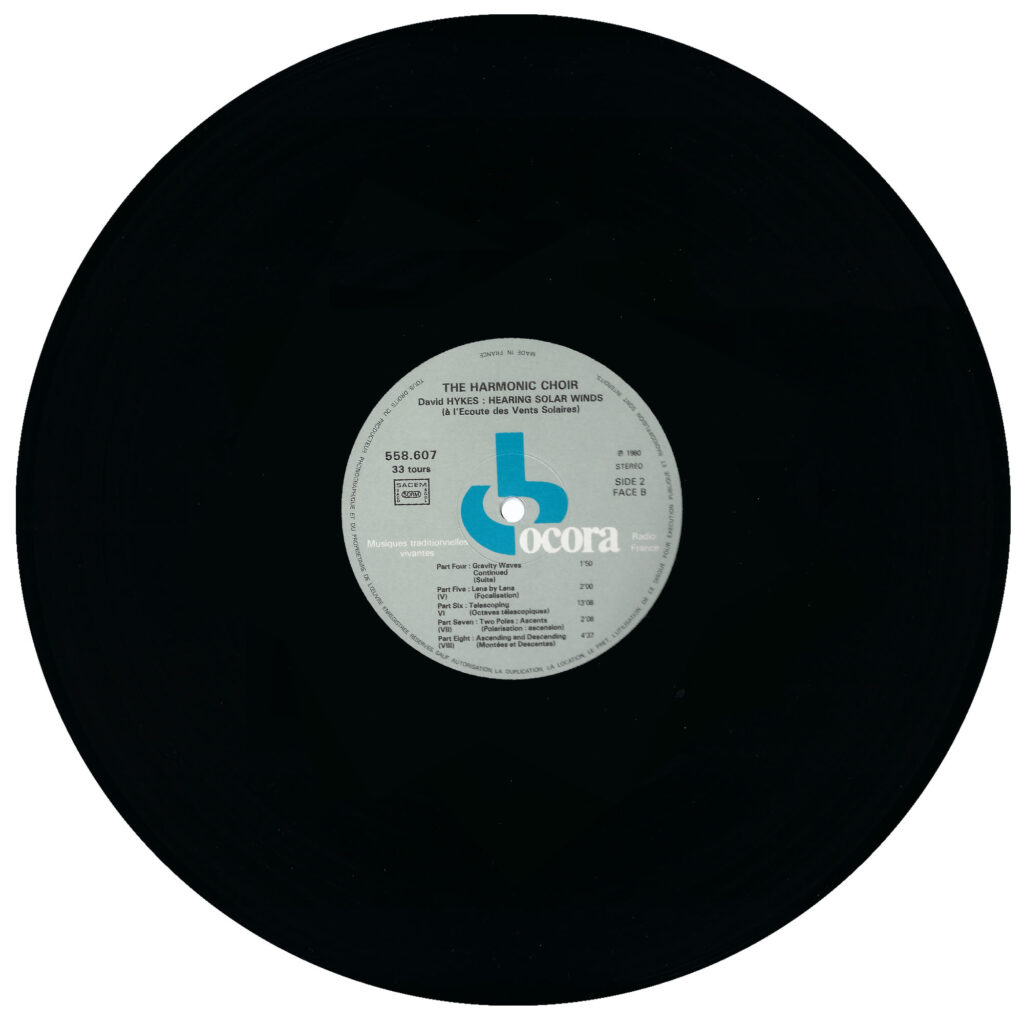