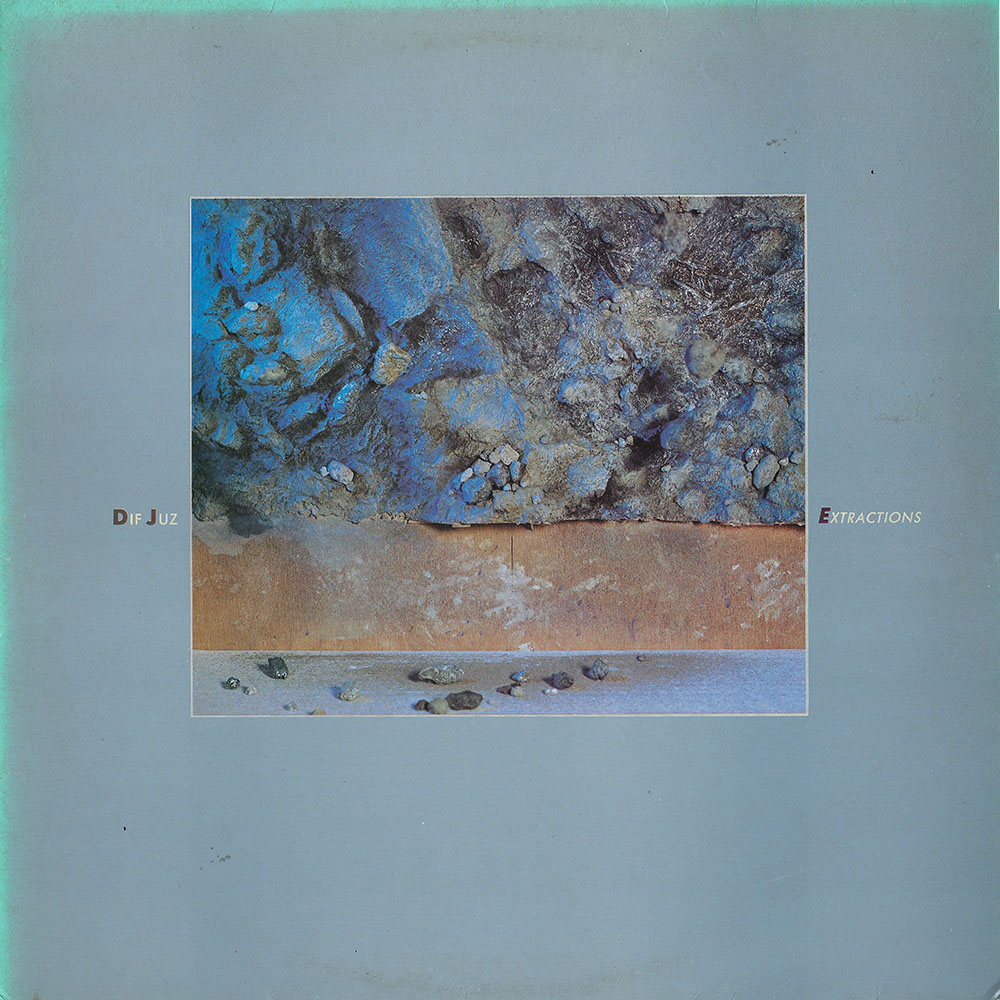 Extractions is the third album by the underrated instrumental quartet Dif Juz ( a play on ‘different jazz’) and their penultimate full length before dismembering in 1986. Shortly after this release, the group sought out dub innovator Lee ’Scratch’ Perry, became his backing band, and later even attempted a collaborative album, which we’re still waiting on 4AD to release… Extractions was the group’s first collaborative album with the Cocteau Twins. Robin Guthrie implements his classic drowned-out reverb techniques, while Elizabeth Fraser appears on the lone vocal cut “Love Insane.” The record is a dizzying whirlpool of atmospheric guitar tones and solitary moods lying somewhere between the 80s UK dream-pop sound, an extremely premature entry in the post-rock genre, and echoes of the cavernous dubbed out post-punk of PIL and some of the early Factory Records output. Some mentionable highlights include the gorgeous opening saxophone laden lament “Crosswinds,” Fraser’s typically intoxicating vocal cameo on “Love Insane,” and the optimistic pop and harmonics laced “Marooned.” Highly recommended listening for fans of Cocteau Twins, Durutti Column, and 4AD.

Recommended – A1 Crosswinds, B1 Love Insane, B2 Marooned, B5 Twin and Earth 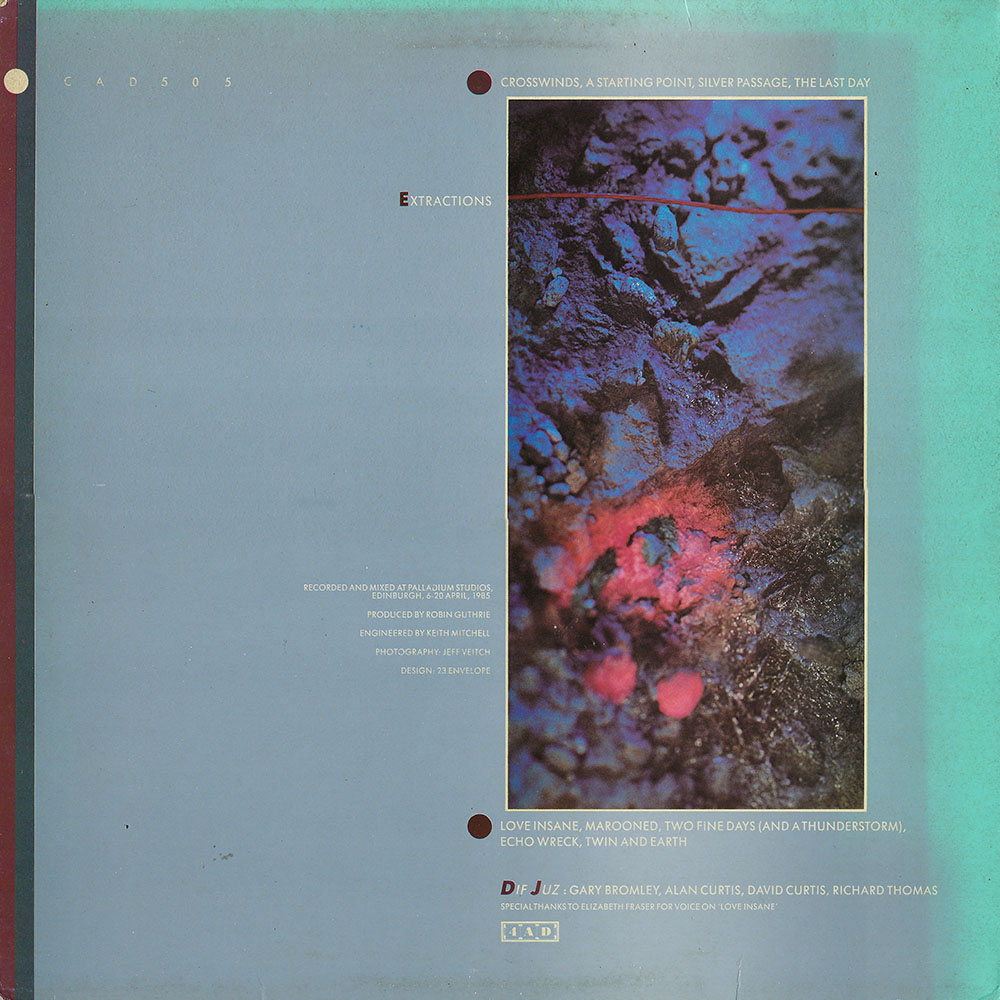 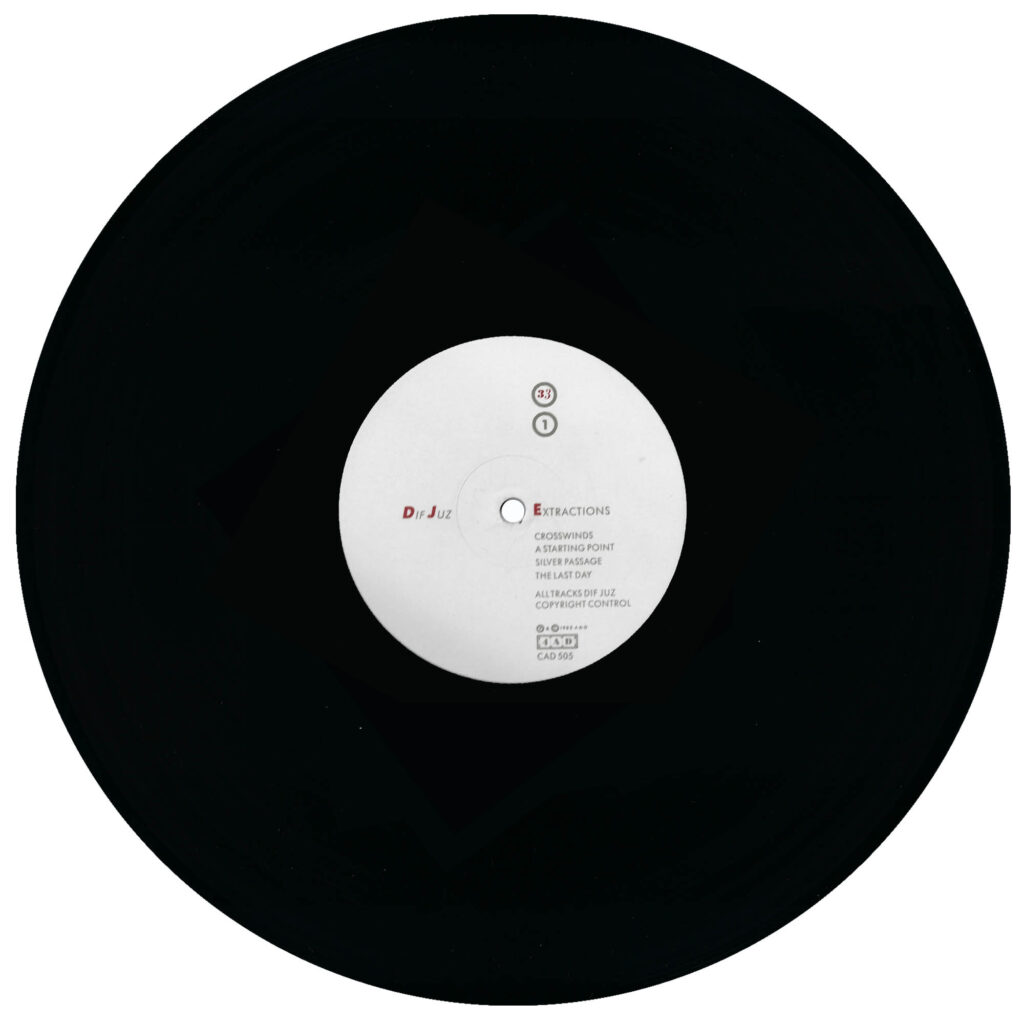 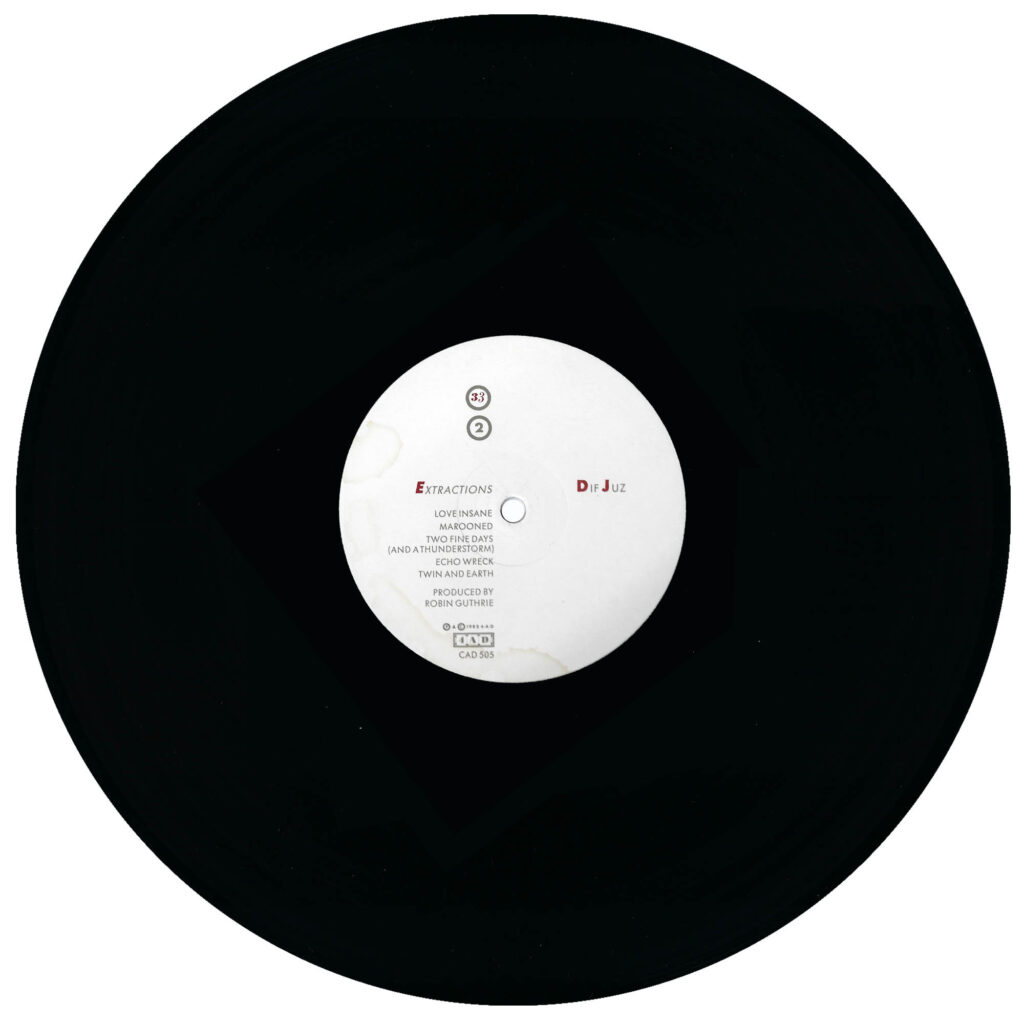