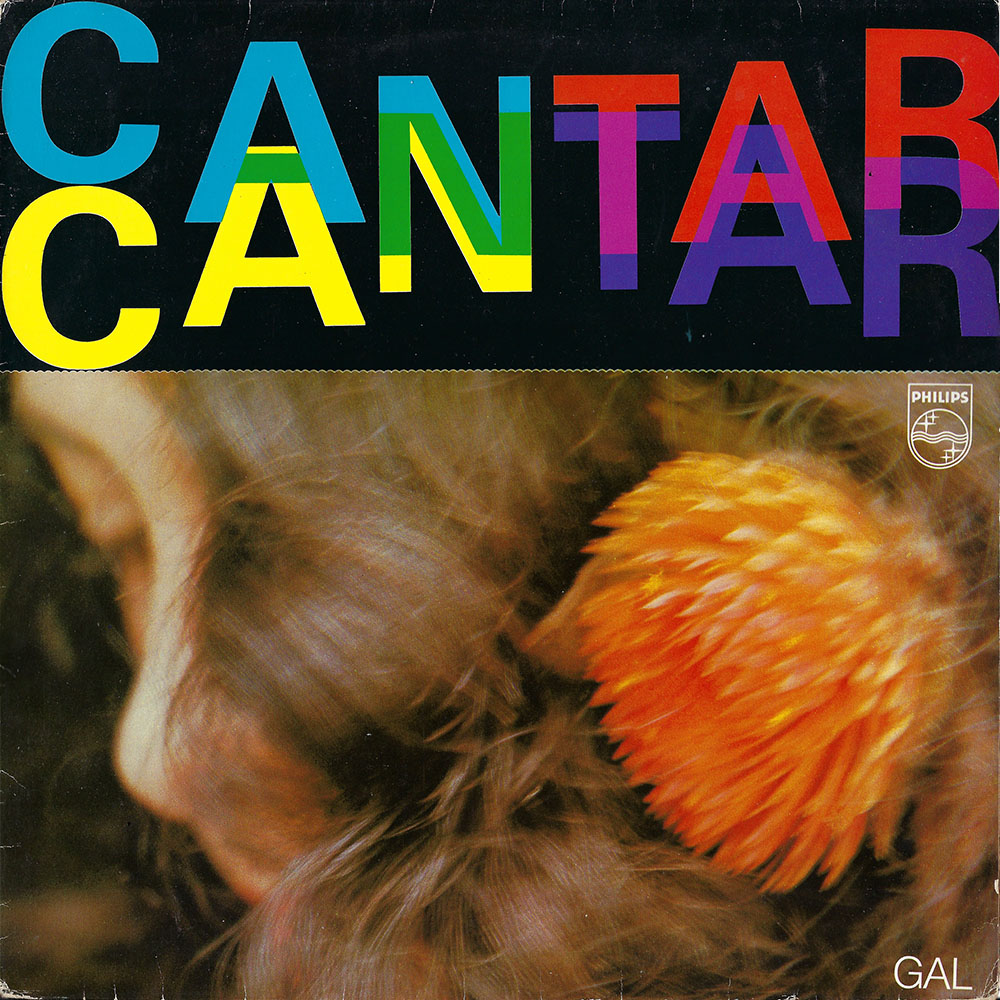 Overshadowed by the exceedingly sought after India that came before it, along with the more experimental records that came into fruition during the Tropicália explosion of the late 60’s, Gal Costa’s Cantar exists as an outlier among the string of records that would define her career. Released in 1974, the album sees Costa return from the radical to the intimate, and is perhaps the most personal and sentimental release from the Brazilian icon. Although her politicized lyrics are still on display, the musical approach is stripped down and calmer, creating space for Costa’s silky mezzo soprano to breathe and deliver peak emotional devastation. Costa is joined by a Tropicália supergroup of musicians who perform delicate renditions of their past hits. Gilberto Gil makes a guest appearance and guitars the opening cut / single “Barato Total” followed by João Donato keying a more lounge version of his own “A Rã” with additional lyrics by Caetano Veloso. Some funkier and more typical Costa fashioned Brazilian rock bits are sprinkled throughout but it’s the mellower tunes like Veloso’s “Lua,Lua,Lua,Lua”, the orchestral “Canção Que Morre No Ar”, the raga “Joia”, and the moony guitar jazz of “Lágrimas Negras” that make this one so singular in a catalogue of undeniable classics. Cantar also houses the track “Até Quem Sabe”, another Donato cover, but with an intimate arrangement for solo piano and vocals. The song feels incredibly cinematic in this context, like one of those devastating Fellini finales, helpless and heartbroken, with a minute-long outro that is one of the most hauntingly beautiful moments Costa ever recorded.

Recommended – A1 Barato Total, B2 Joia, B3 Até Quem Sabe 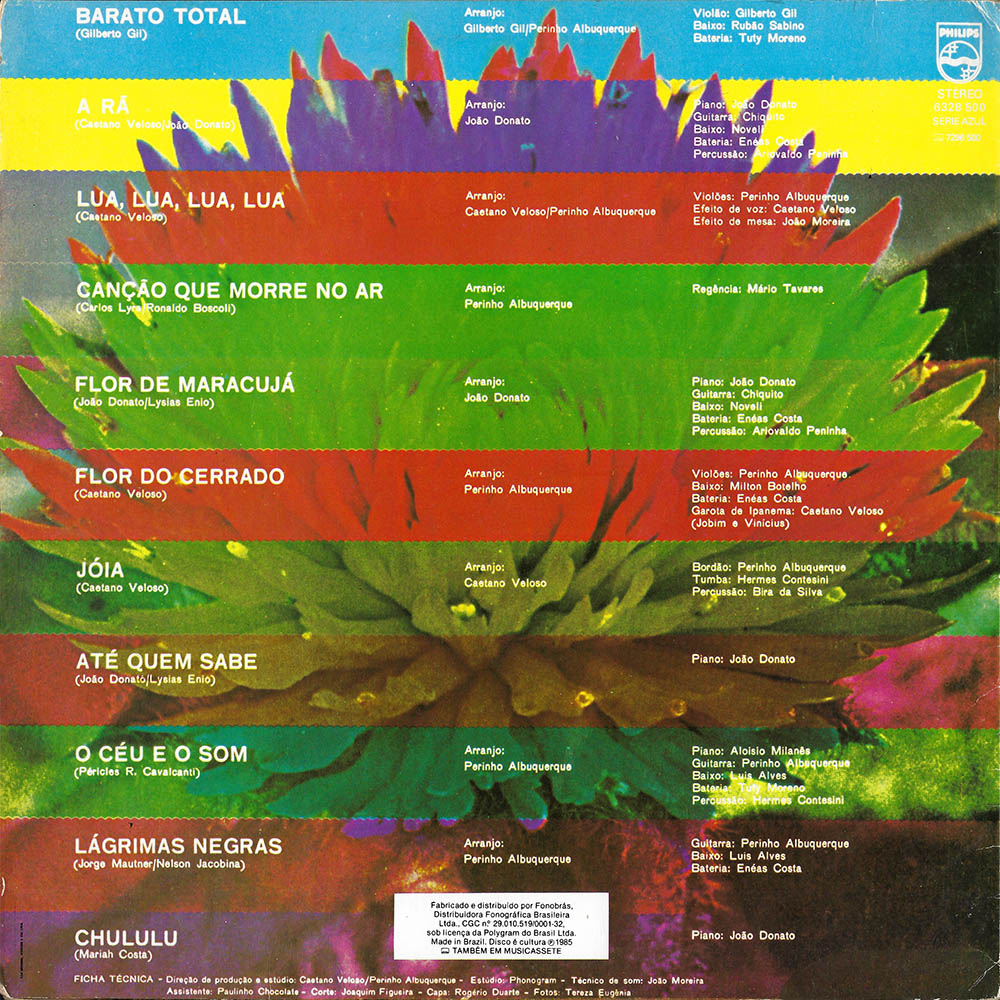 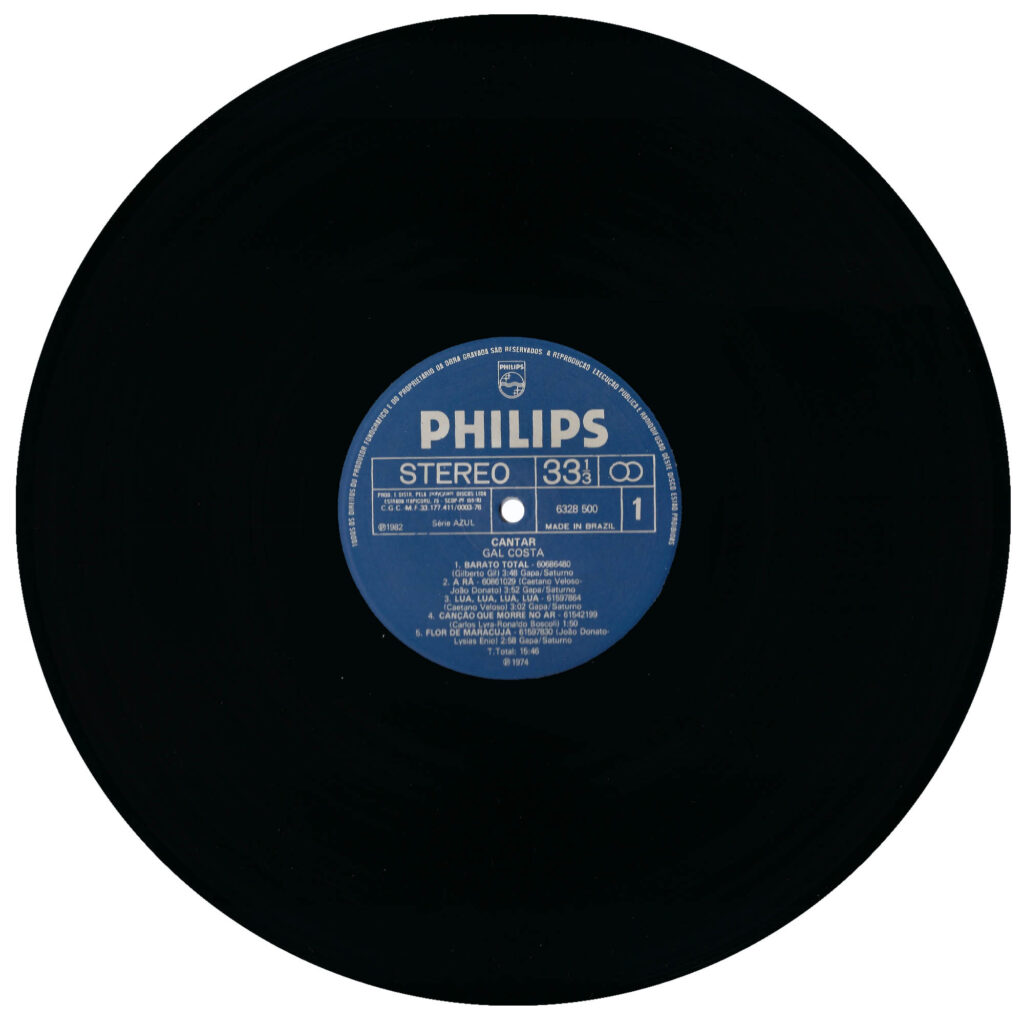 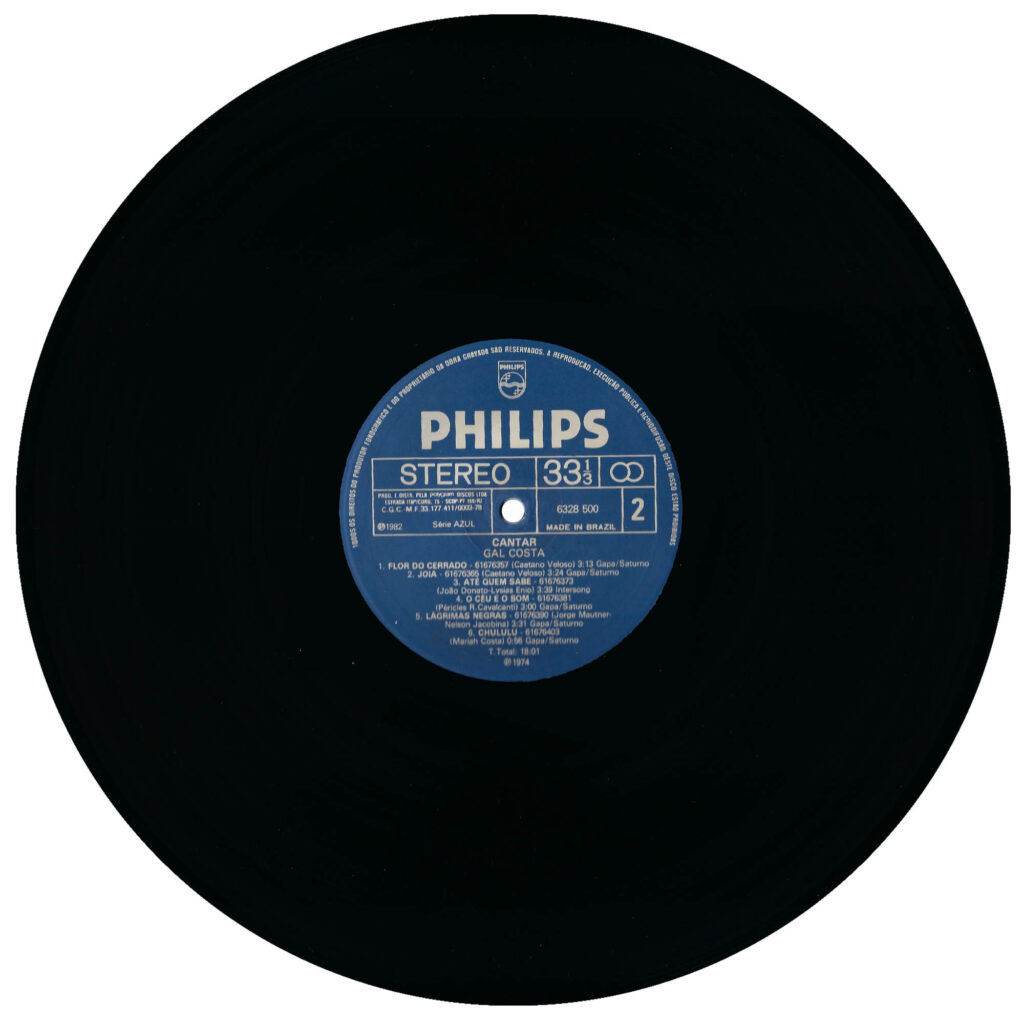