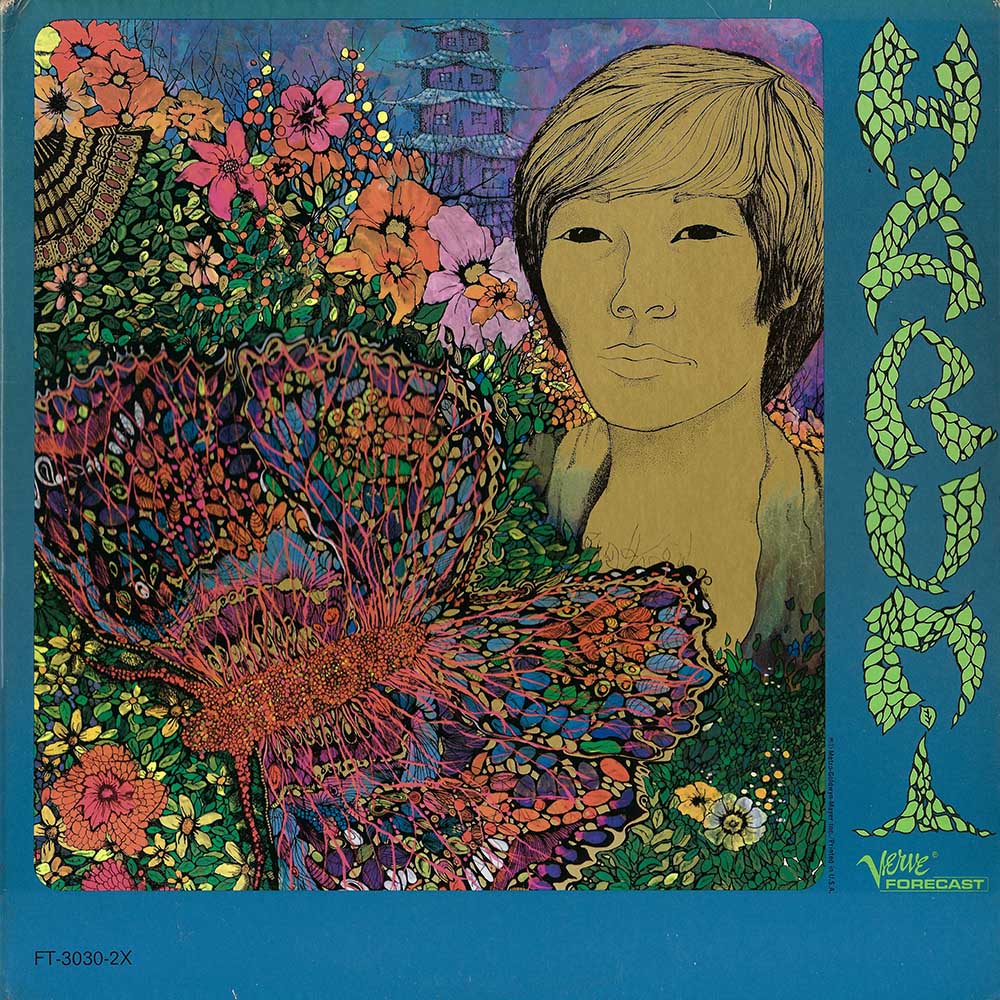 Harumi’s self-titled debut and sole release is one of those quintessentials as far as rare records go. It checks literally all the boxes necessary for what you’d expect a rare collectable to be. There’s mystery behind it – almost nothing is known about who Harumi even was, who else played on the album, and how the artist completely disappeared shortly after and never resurfaced again. The cover is the epitome of a “rare disc” cover with its vivid and colorful psychedelic art that just begs to be listened to. It also had a limited amount of pressings, was misunderstood and a commercial failure upon arrival, and contains a whole second disc of experimental spoken word pieces… Perfectly ripe for a rare one that just so happens to contain absolutely amazing music.

What is known is that Harumi was a Japanese musician who came to New York in 1967 and recorded this double LP for Verve with the prolific producer Tom Wilson, who has worked with the Velvet Underground, Bob Dylan, Zappa, and Sun Ra just to name a few. The cover makes a good indicator of what the first LP sounds like. Perfectly charming soft psych rock, with small palatable hints of experimentation – it can easily be compared to the Beatles, the Pretty Things, or any of the late 60’s flowery pop rock. And then you throw on the 2nd LP and get 20 minutes of weirdly beautiful and meditative spoken word with “Twice Told Tales of the Pomegranate Forest.” Spoken by Harumi himself as well as others and backed by eastern instruments like kotos, flutes, and hand drums, it’s quite unlike anything out at the time, and the flip is equally out there but with more of a Silver Apples freakout version. Highly Recommended to those who loved the recently reviewed Paul Parrish, or any of the psychedelic outsider rock albums of the 60’s & 70’s.

Recommended – A3 Don’t Know What I’m Gonna Do, B2 Hurry Up Now, B5 Fire By the River, C1 Twice Told Tales of the Pomegranate Forest 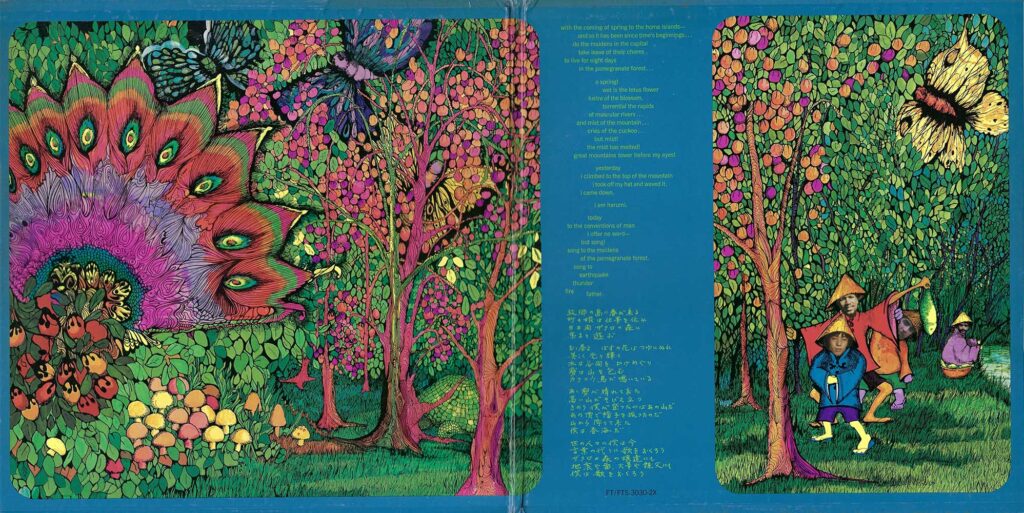 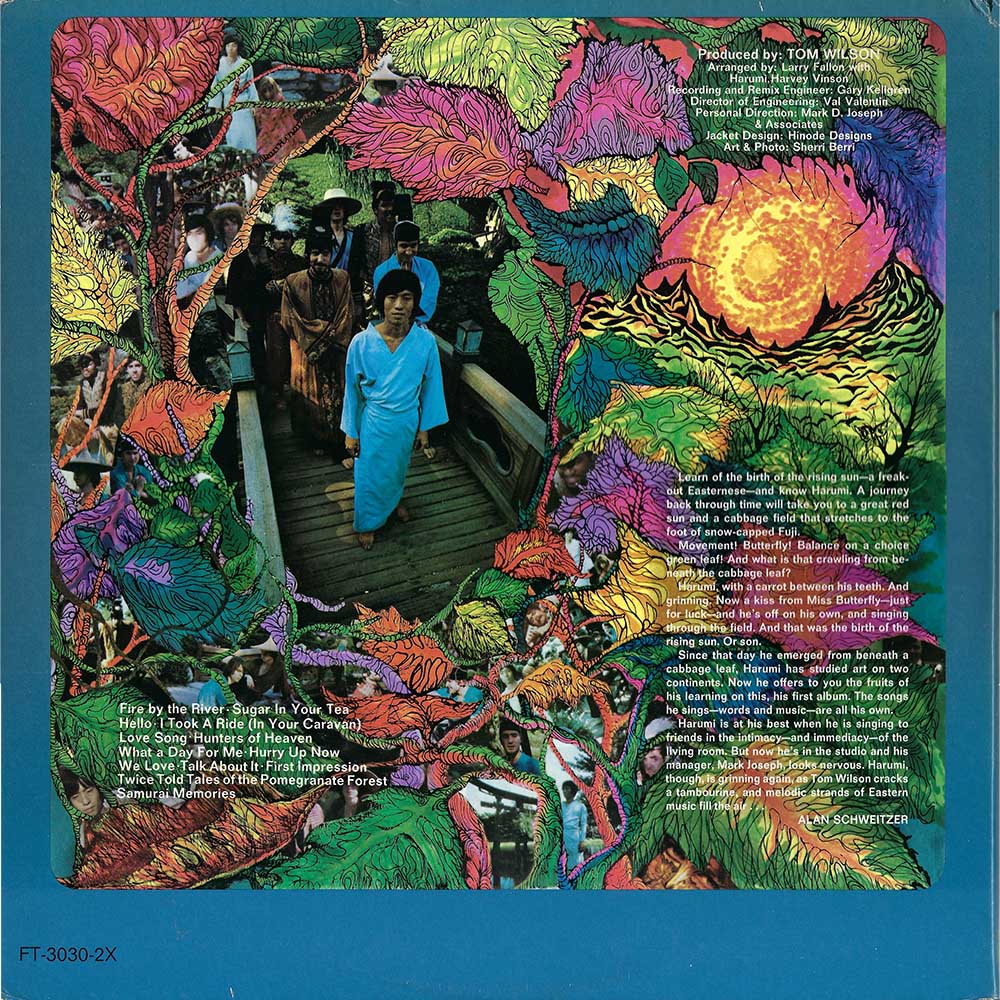 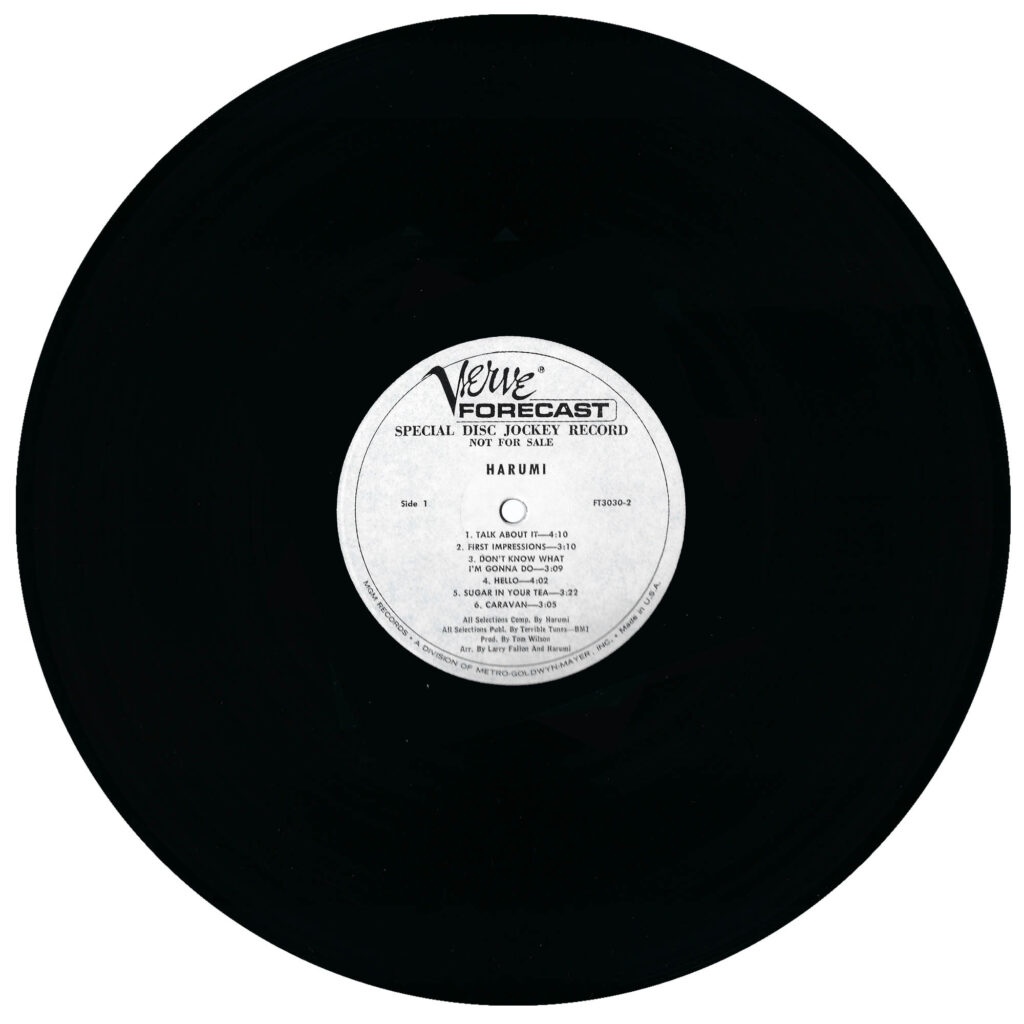 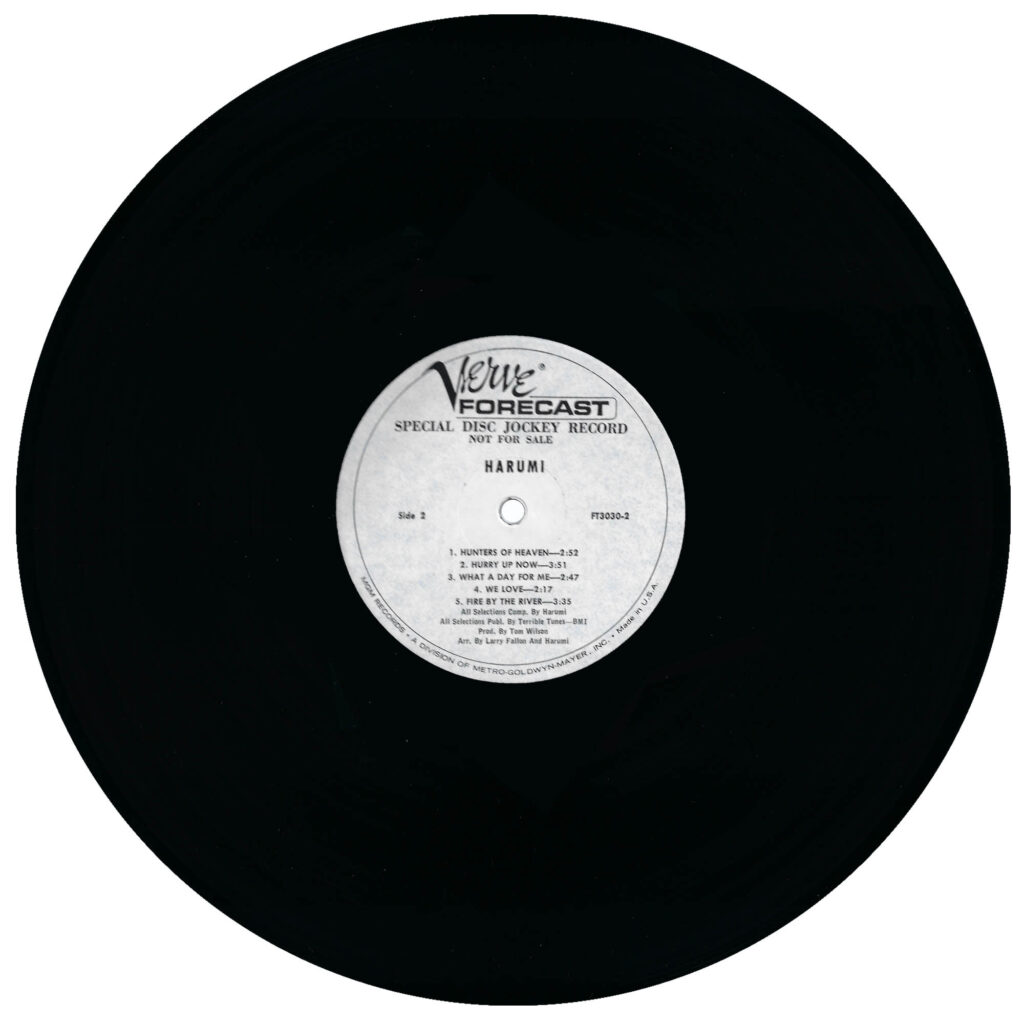 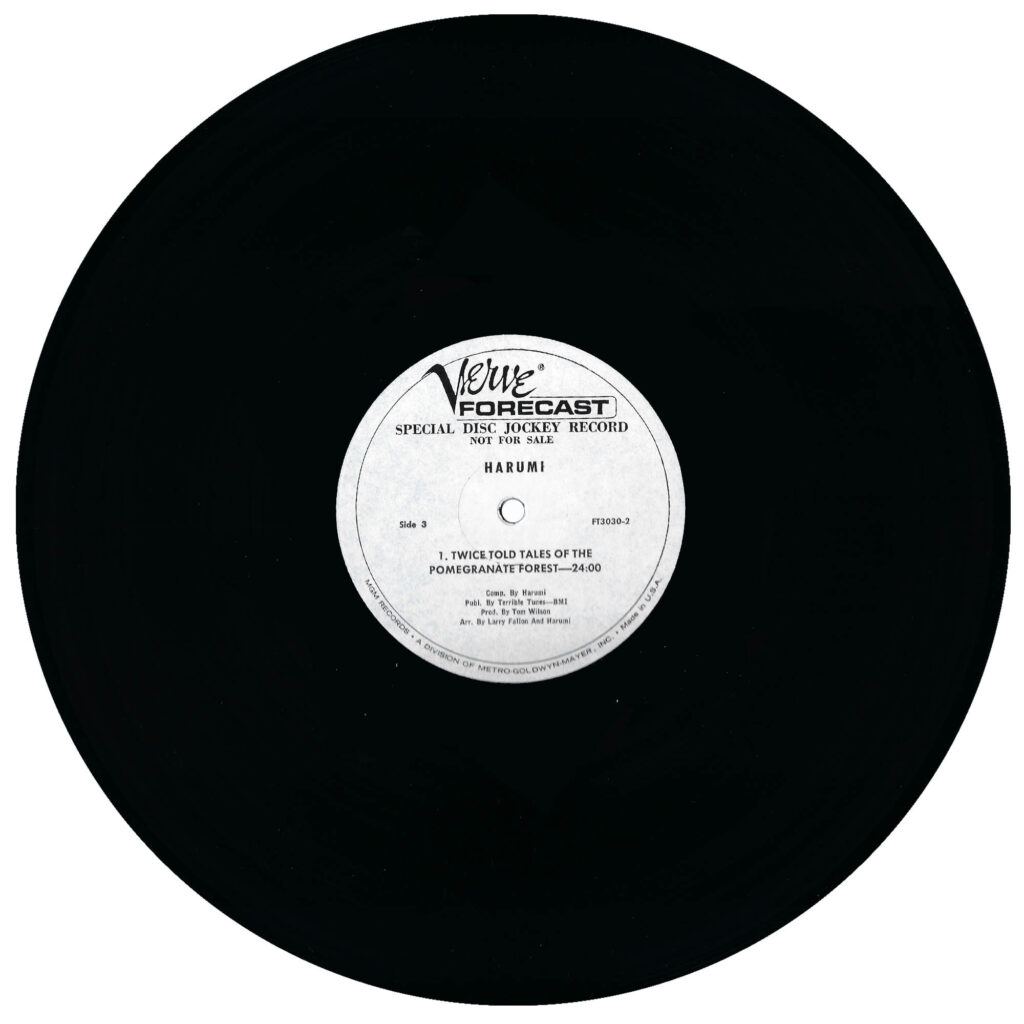 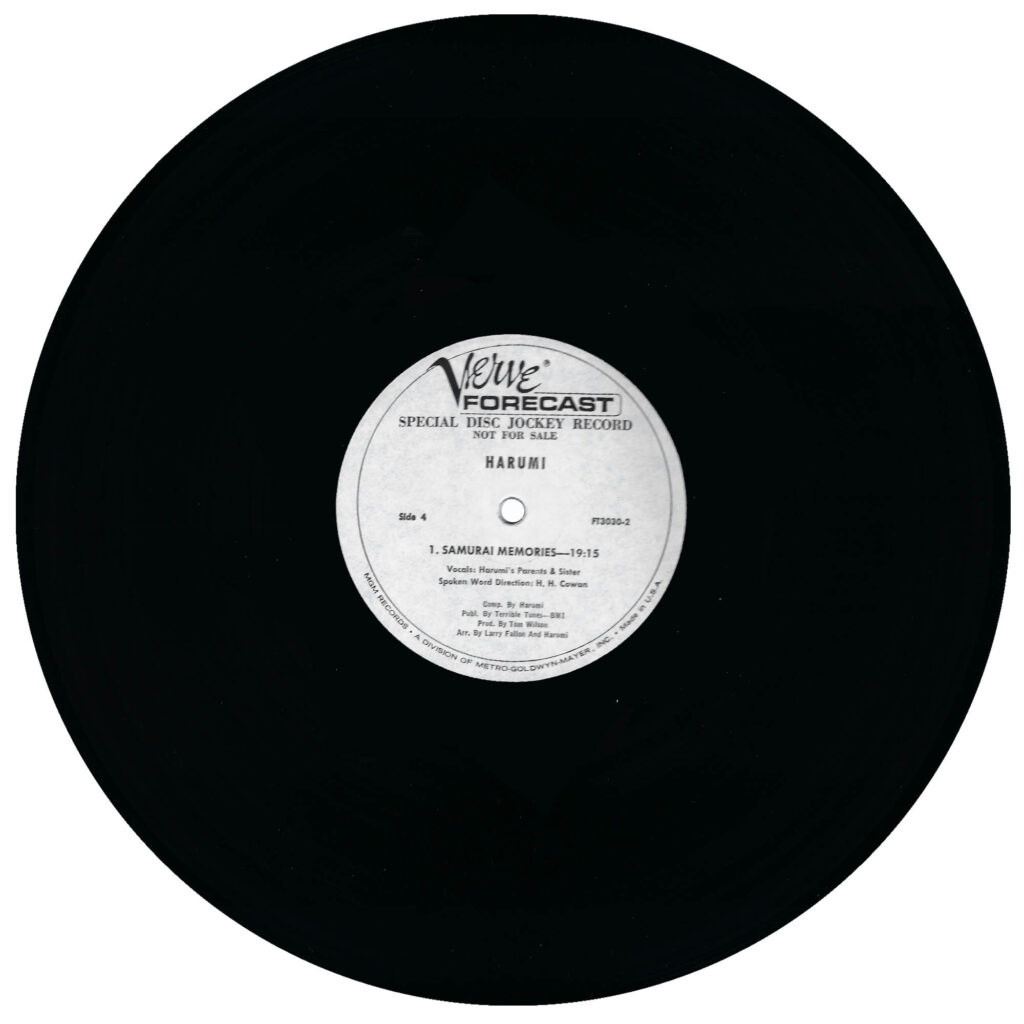