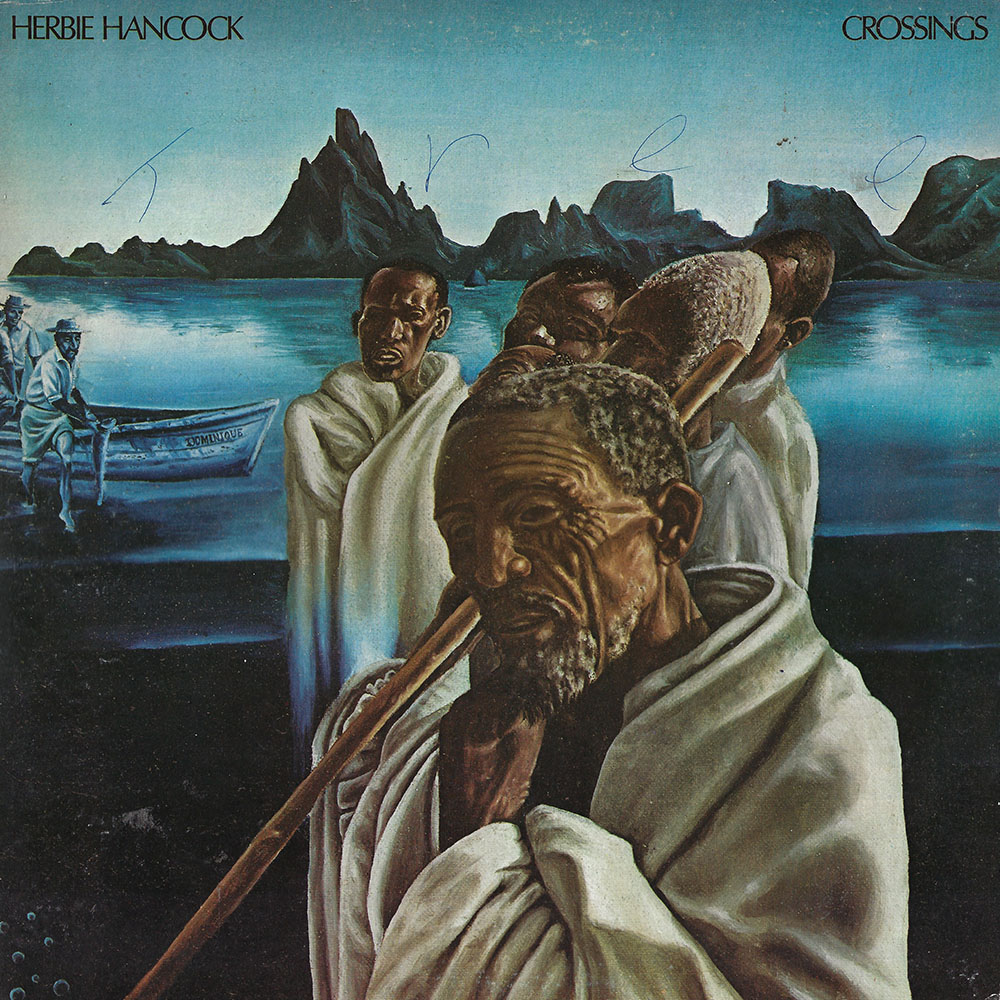 Part two of the Mwandishi trilogy, Crossings further expands on the free jazz group’s sound with the introduction of Patrick Gleeson’s psychedelic electronics. As the only non-black member, Gleeson was at first not accepted by the group but would go on to become an absolutely vital part of the crew and a frequent collaborator on many of the members’ solo albums including Eddie Henderson’s Realization and Julian Priester’s Love, Love on ECM. Gleeson’s synthesizers would also become a big influence for Herbie’s later sound with The Headhunters, switching from Rhodes to Moog. The Mwandishi band has in recent years attained almost mythical status in the jazz world. Be sure to listen to Nate Chinen and Greg Bryant  Jazz United podcast dedicated to the group.

A Sleeping Giant
B1 Quasar
B2 Water Torture