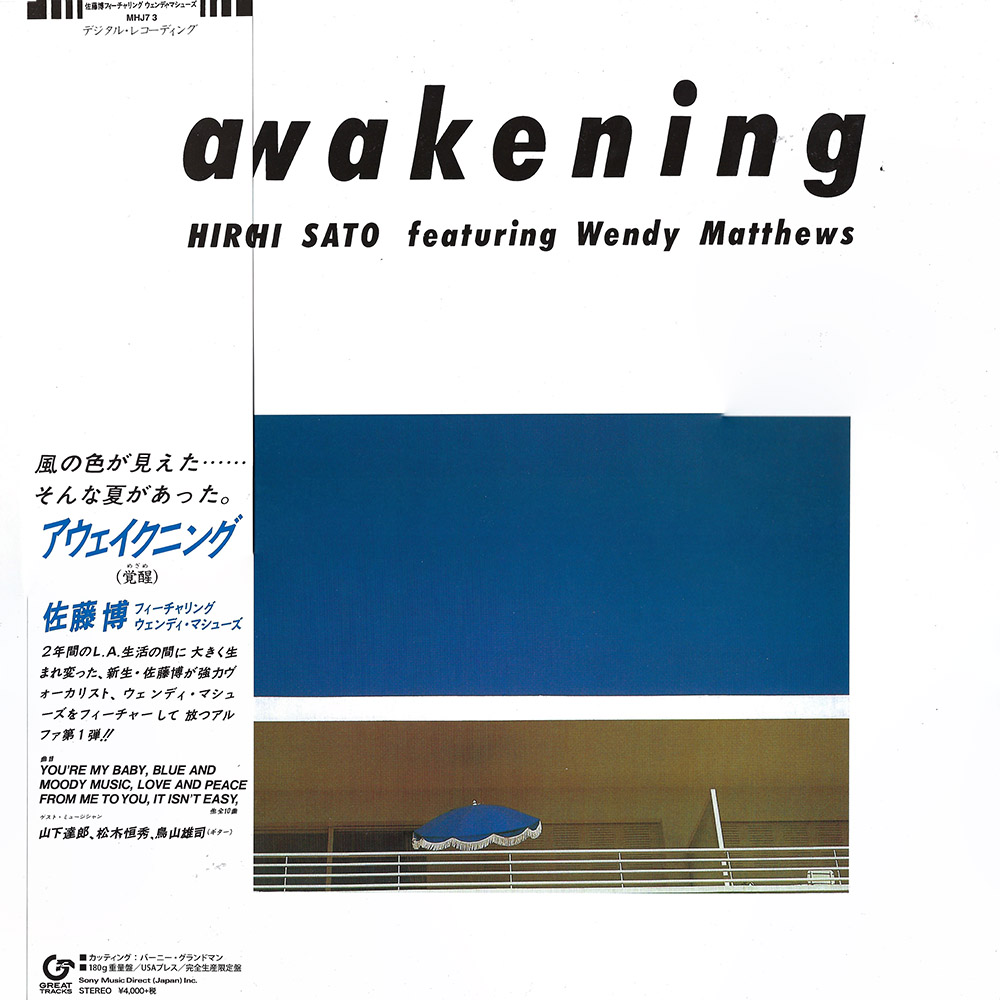 Before releasing Awakening in 1980, Hiroshi Sato was already one of the most respected keyboardists/session players in Tokyo, appearing on countless classics while also building his own indelible discography. He even declined Haruomi Hosono’s invitation in 1978 to be in a new band he was forming, aka – Yellow Magic Orchestra… After a brief stint in Los Angeles, Sato moved back to Tokyo, convinced his new label Alfa to buy him a Linn drum machine, and began to compose what would become his masterpiece. Sato programmed all the drums himself and played most of the album’s extensive list of instruments. A few equally revered guests also appear on the album including Tatsuro Yamashita, Yuji Toriyama, and Tsunehide Matsuki. Awakening is city-pop of the highest caliber featuring sophisticated synthesizer work, vocoders, breezy jammy guitar, and slinky rubber jazz-funk baselines, complemented by some of the most beautiful and heartbreaking pop melodies ever recorded featuring Sato and Canadian-Australian vocalist Wendy Matthews. It’s really not surprising at all to hear “Say Goodbye” being played in a retail store today, some 40 years later. Awakening is everlasting pop perfection, and it was only a matter of time before the rest of the world discovered it. Highly recommended for fans of the Pacific Breeze comps, Tatsuro Yamashita, or anyone with a budding interest in the amazing Japanese pop music of the past. 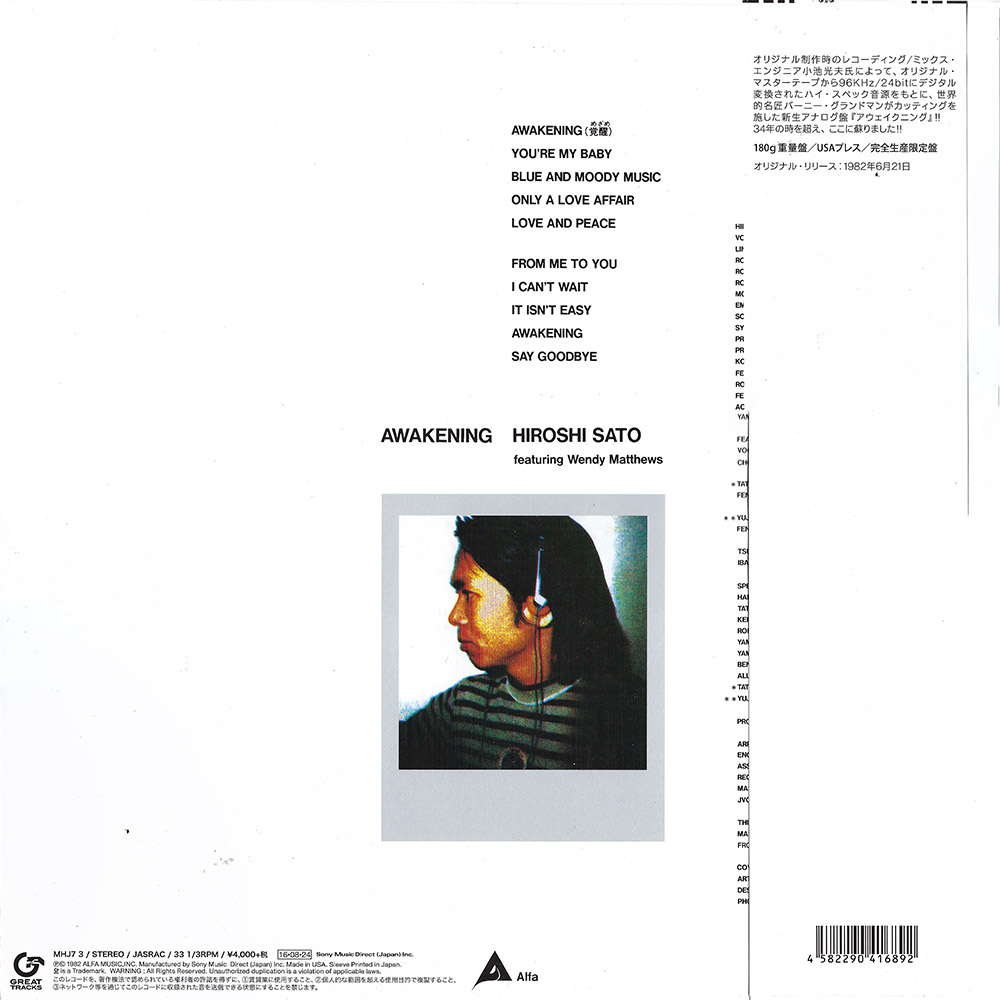 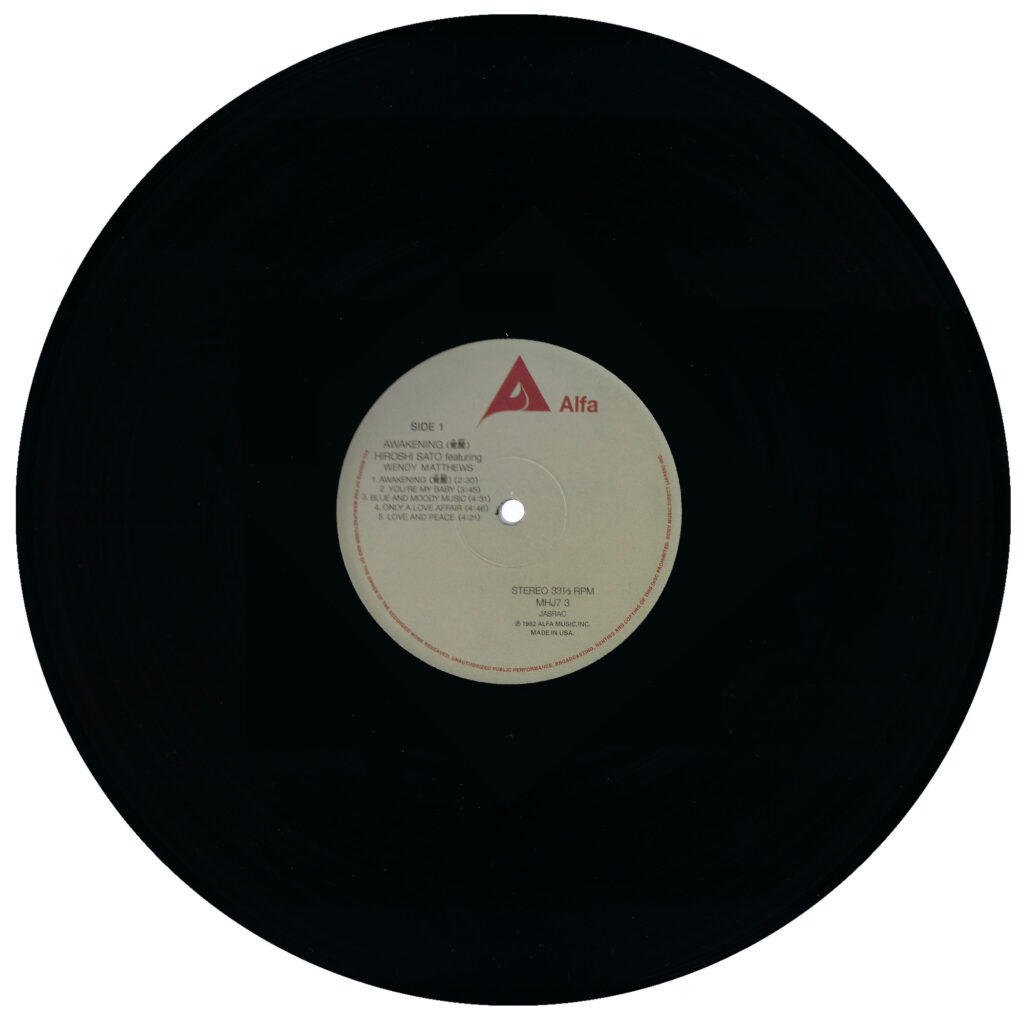 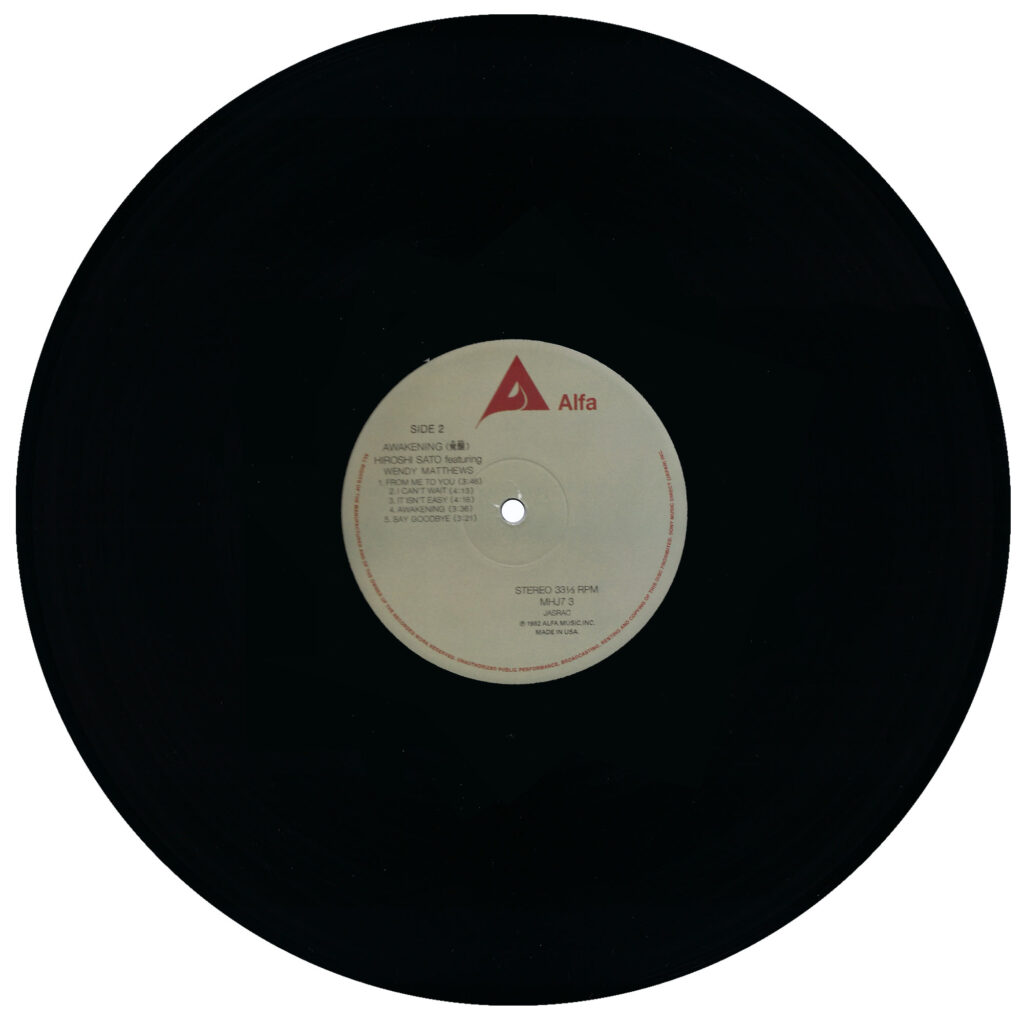