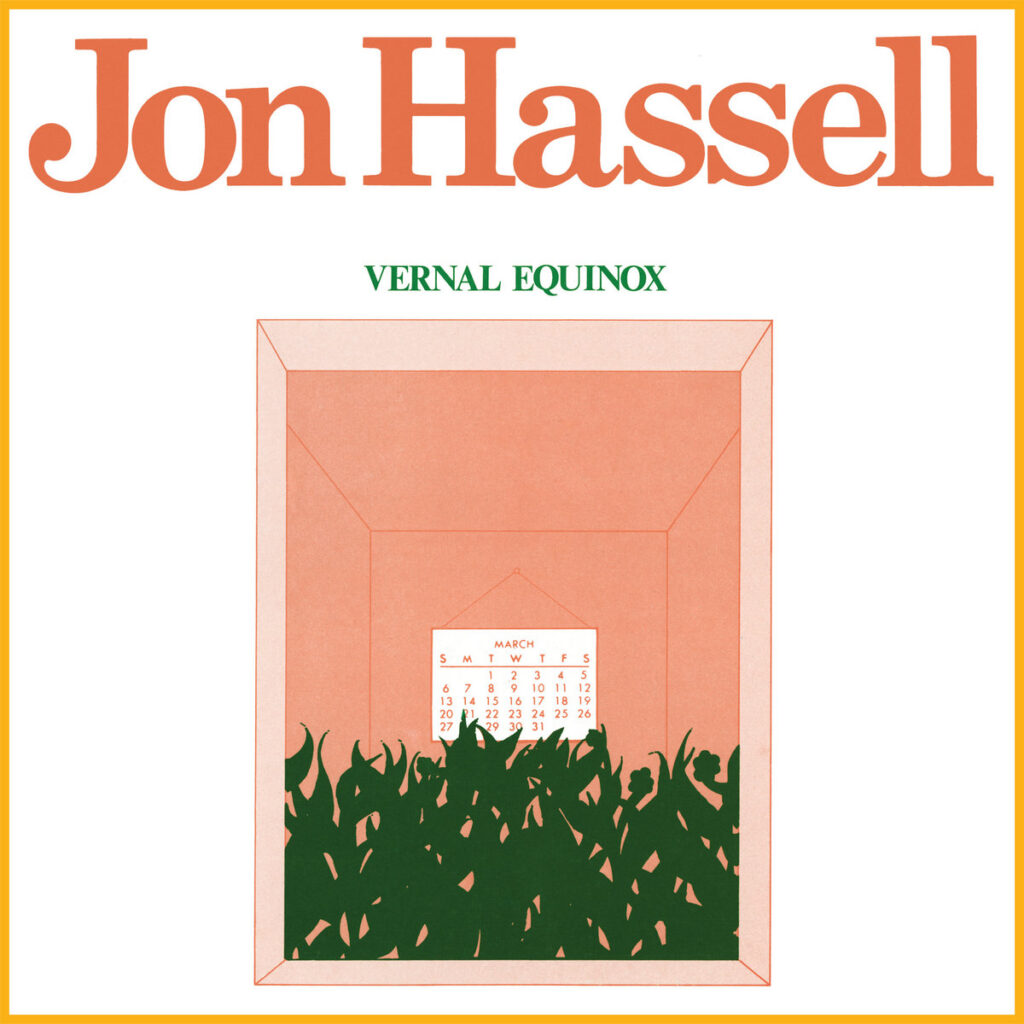 Most listeners seem to discover the highly regarded avant-garde trumpeter Jon Hassell via his Fourth World, Vol. 1: Possible Musics collaboration with Brian Eno which was not just a defining record for Hassell as an artist, but also a defining record for an entirely new category of music called “Fourth World.” Hassell described the approach as “a unified primitive/futuristic sound combining features of world ethnic styles with advanced electronic techniques.” Though the idea was officially established in 1980 with Fourth World, Vol. 1, Hassell had been applying these alternative techniques for years. His debut Vernal Equinox was influenced primarily by raga music, particularly the work of vocalist Pandit Pran Nath, but also dives into other terrains including New Age with field recordings of oceans and singing birds, “In a Silent Way” sounding jazz, and even drone like moments combined with Indian classical interludes. It’s indefinable yet somehow cohesive and completely its own. Music that can only be indigenous to some imaginary region. 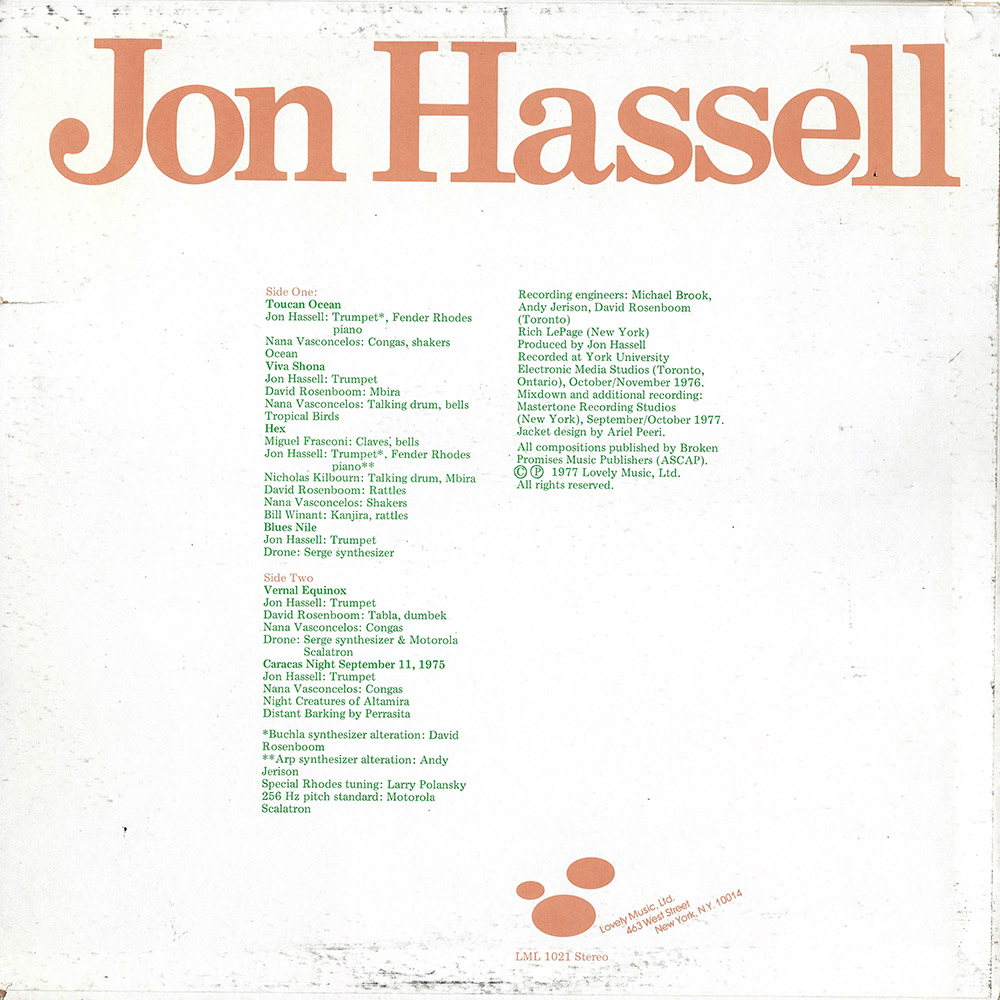 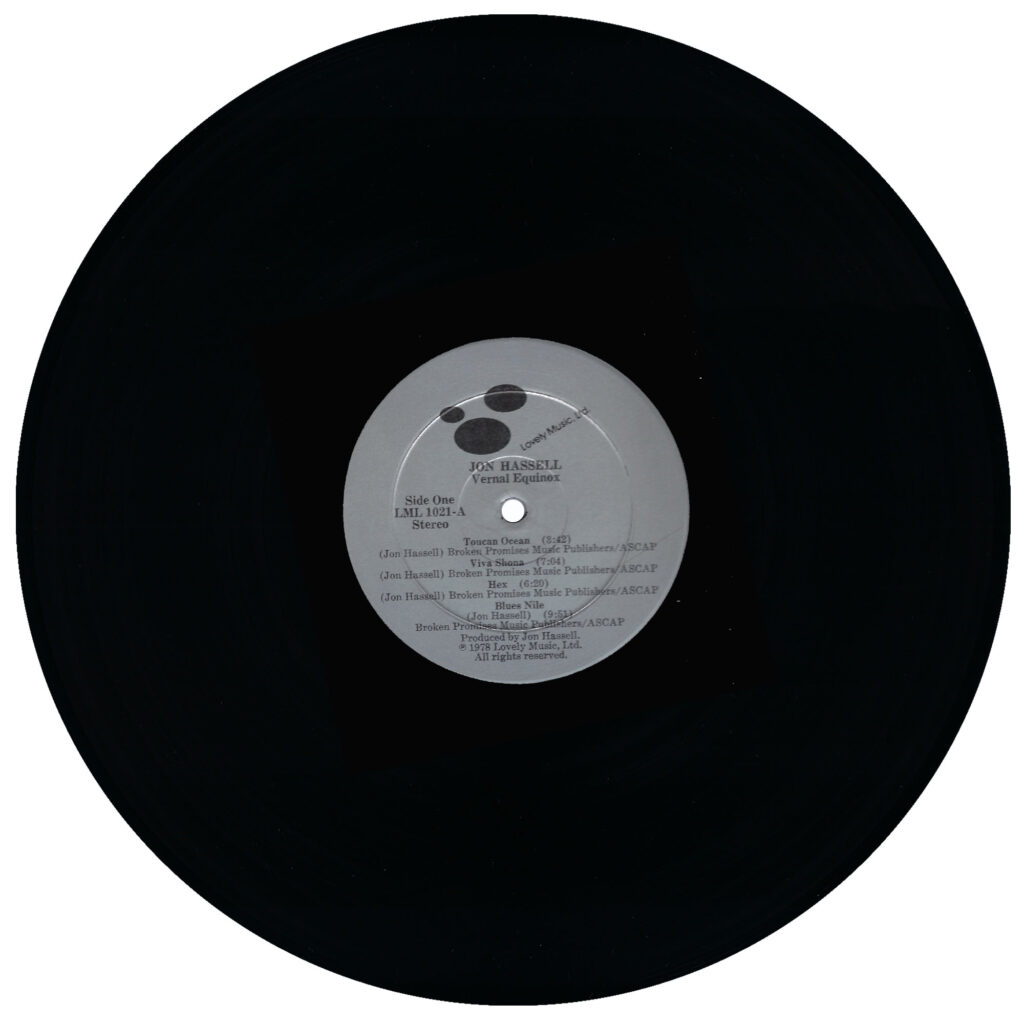 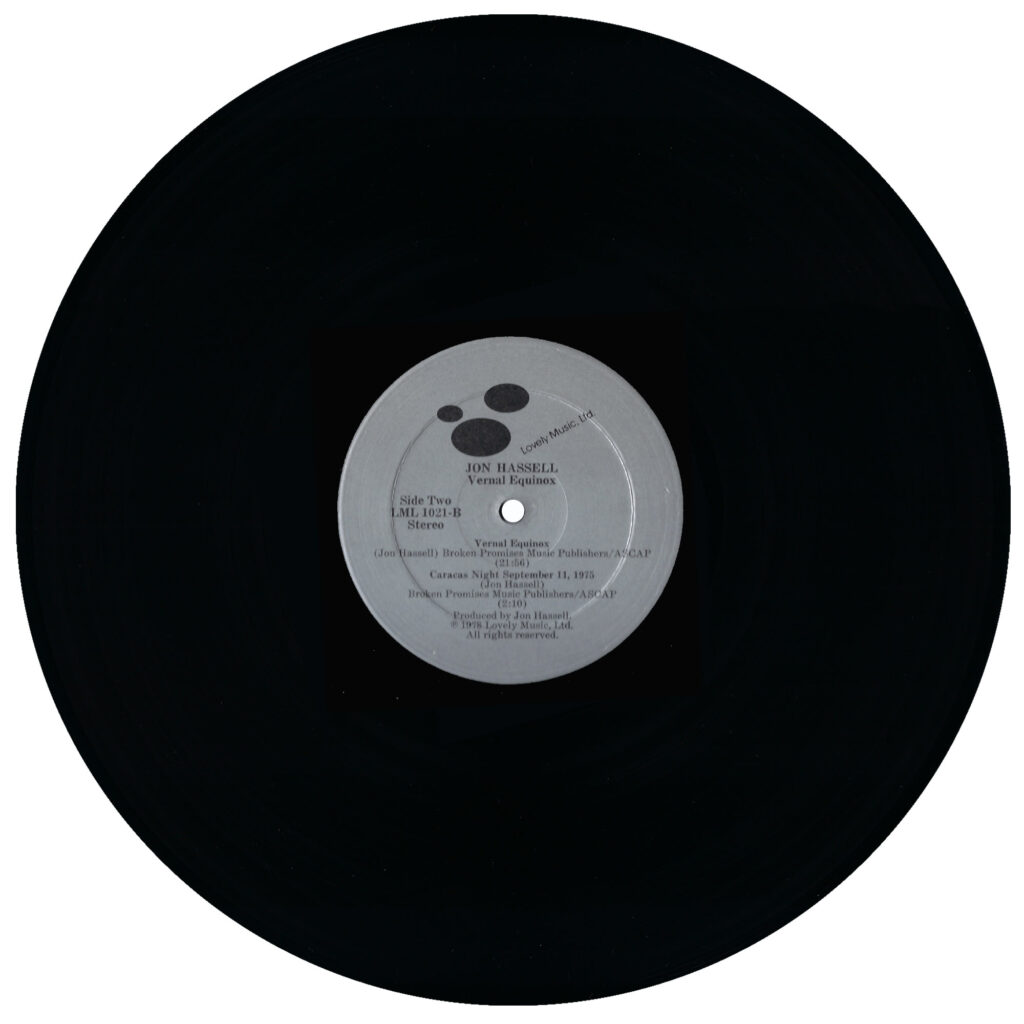