In 1979, Laraaji was hammering away at his zither in Washington Square Park alone, in a lotus position, eyes closed, filling the air with his stream-of-consciousness harmonics only to have Brian Eno walk by.

Eno had just started his Ambient series and was in awe of this ethereal free-flowing sound. He dropped his phone number in the zither case. A year later, Ambient 3 was released. It’s split into into two themes, “Dance” and “Meditation.” the first is a speedy, almost gamelan-like cacophony, with a focus on hammered dulcimer.

Eno wasn’t just a producer here. He collaborated through tape manipulation and multi-track layering, both of which produced hypnotic and distorted effects and altered the sound. Like a piece by Alvin Lucier, the work becomes mutated until the instruments no longer sound natural. The second theme, “Meditation,” is, as the name suggests, more aligned with the rest of Eno’s series of ambient records — simple, organic, and celestial compositions that Laraaji performed on a zither with Eno highlighting the resonating delay-rate of the instrument. An oddity in Eno’s Ambient series, Ambient 3 (Day of Radiance) was also the first release by the now highly regarded new age pioneer and artist. 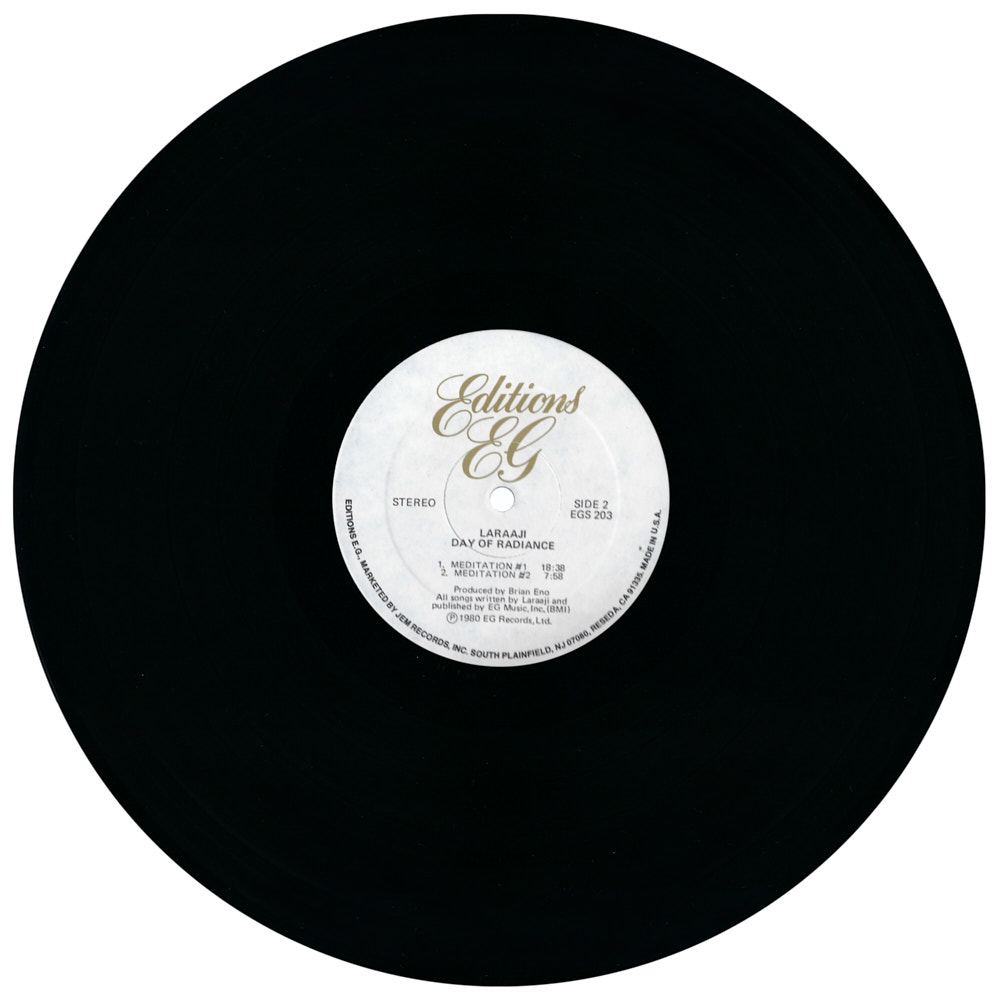 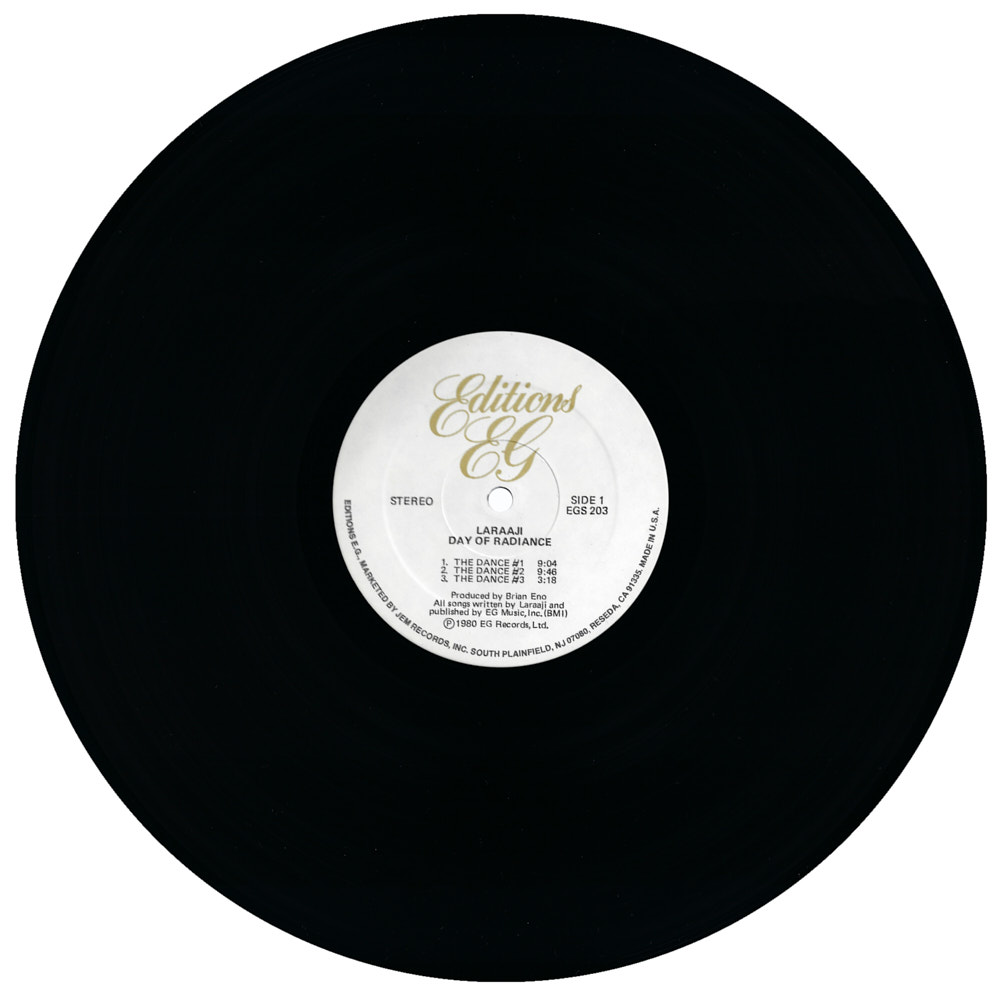 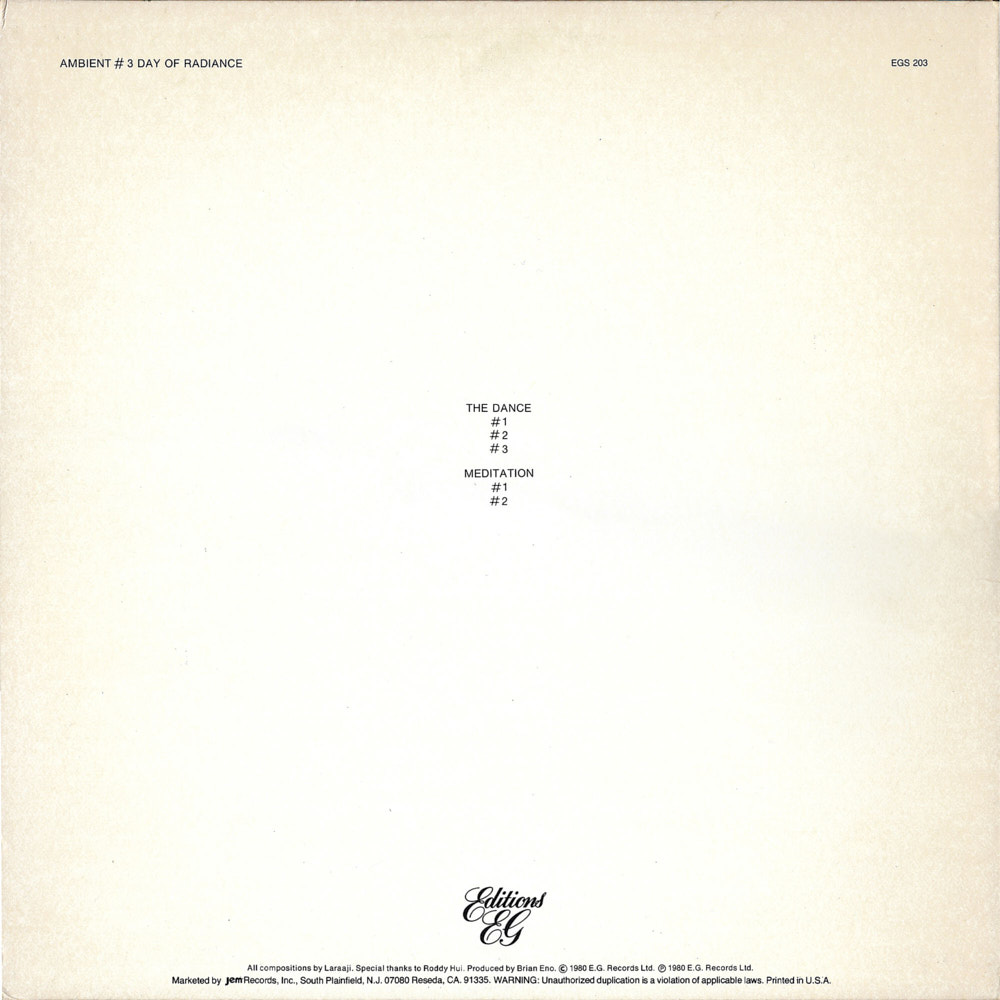