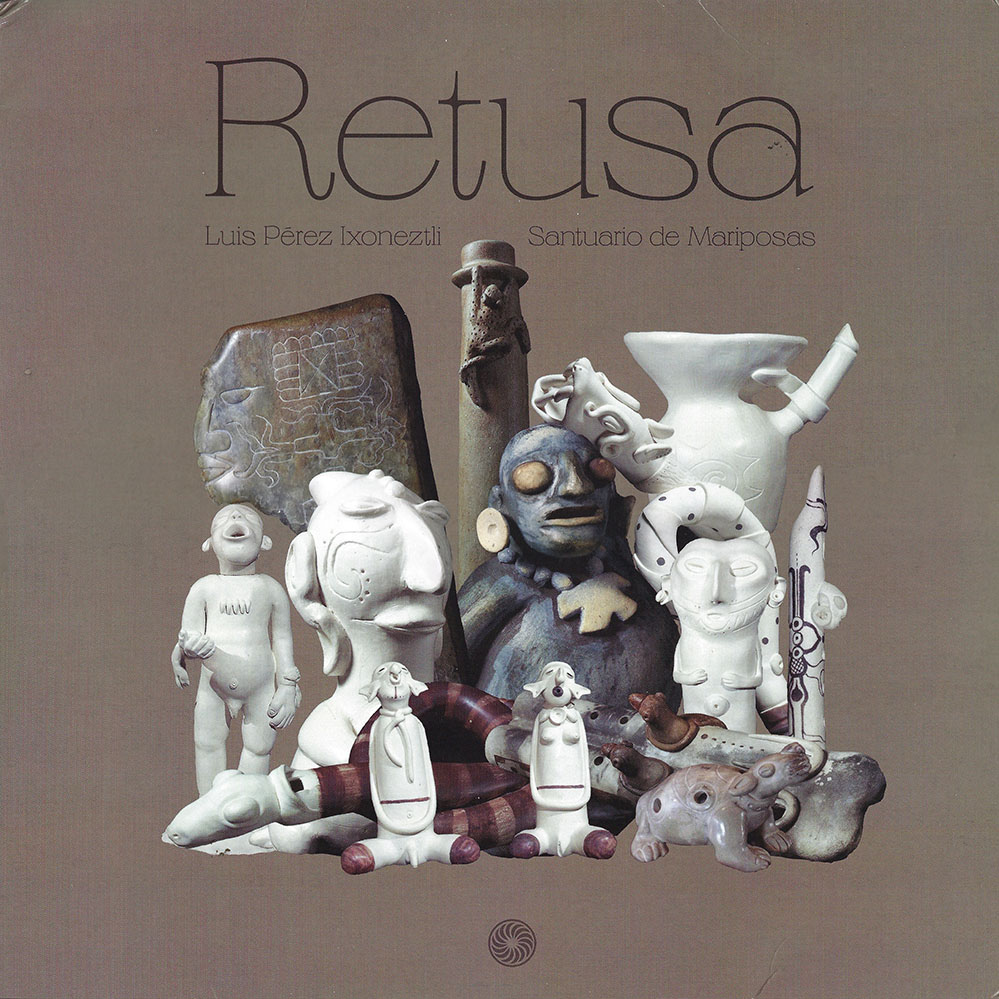 Originally released in 2013 on limited CD only, Santuario De Mariposas continues Mexican artist Luis Perez Ixoneztli’s study of pre-Columbian Mesoamerica instrumentation. Unlike his debut album Ipan In Xiktli Metztli which features electric guitar and synthesizers, Santuario De Mariposas is composed entirely using pre-Columbian aerophones, idiophones, and membranophones. While the first album sits in a sort “fourth world” type of zone, this album is closer to pure environmental music, replicating the sounds of the jungle in a “hypnotic and ethereal work that could be played next to many ambient records made with the aid of electronic music technology.”