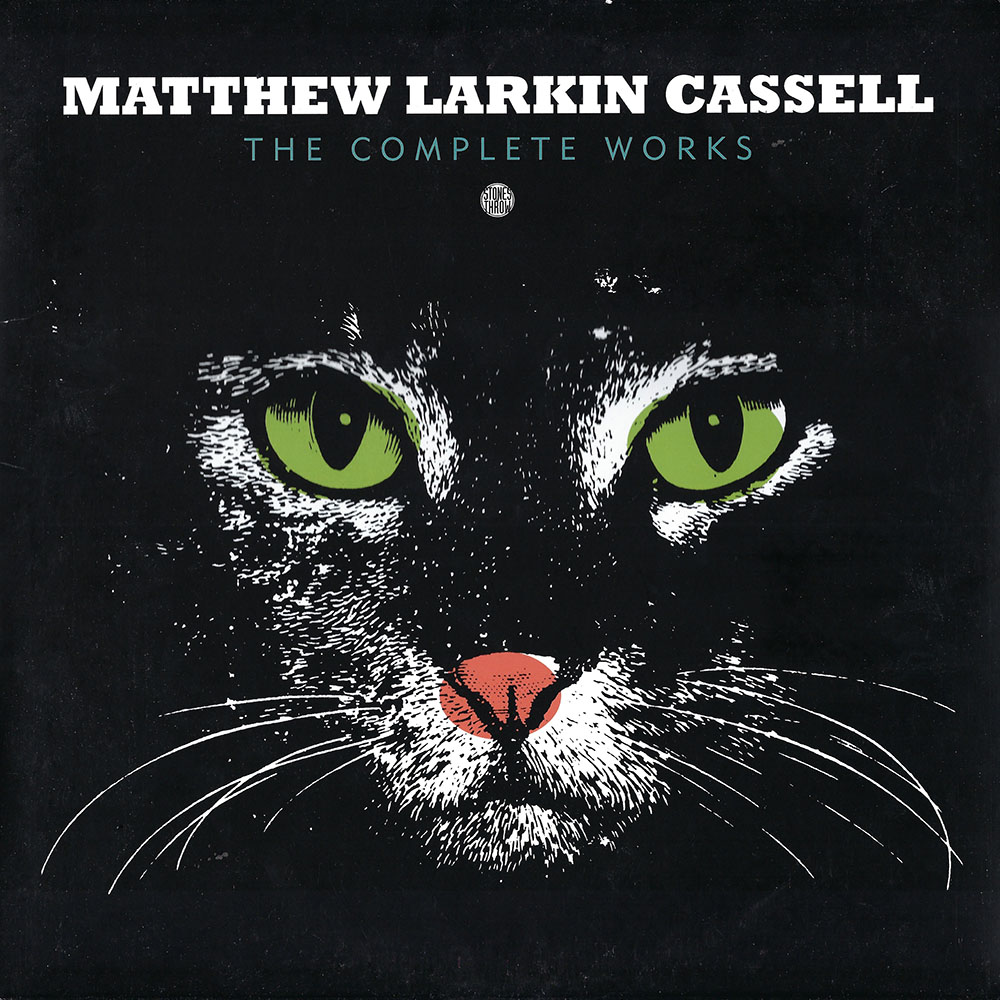 Compiled by Egon (Now Again) for Stones Throw Records, The Complete Works by Bay Area soul-jazz singer/songwriter Matthew Larkin Cassell comes with a bit of a story. Hip-hop producer Madlib had a Japanese bootleg 12″ simply labeled “MLC,” which he sampled on his production “3.214” from Madvillainy 2: The Madlib Remix without knowing who the artist was. Matthew Larkin Cassell would later hear “3.214” and recognize the breakbeat rhodes piano groove from his song titled “Heaven.” He called up Stones Throw immediately, but instead of filing suit, opened up his entire catalog to the label. The Complete Works includes tracks from MLC’s Pieces album, an EP entitled Matt The Cat (which is where this album cover comes from), a 7″ single and a recently recorded and issued vinyl EP.

Note: The stream button links to MLC’s artist page as the compilation is not available on streaming. 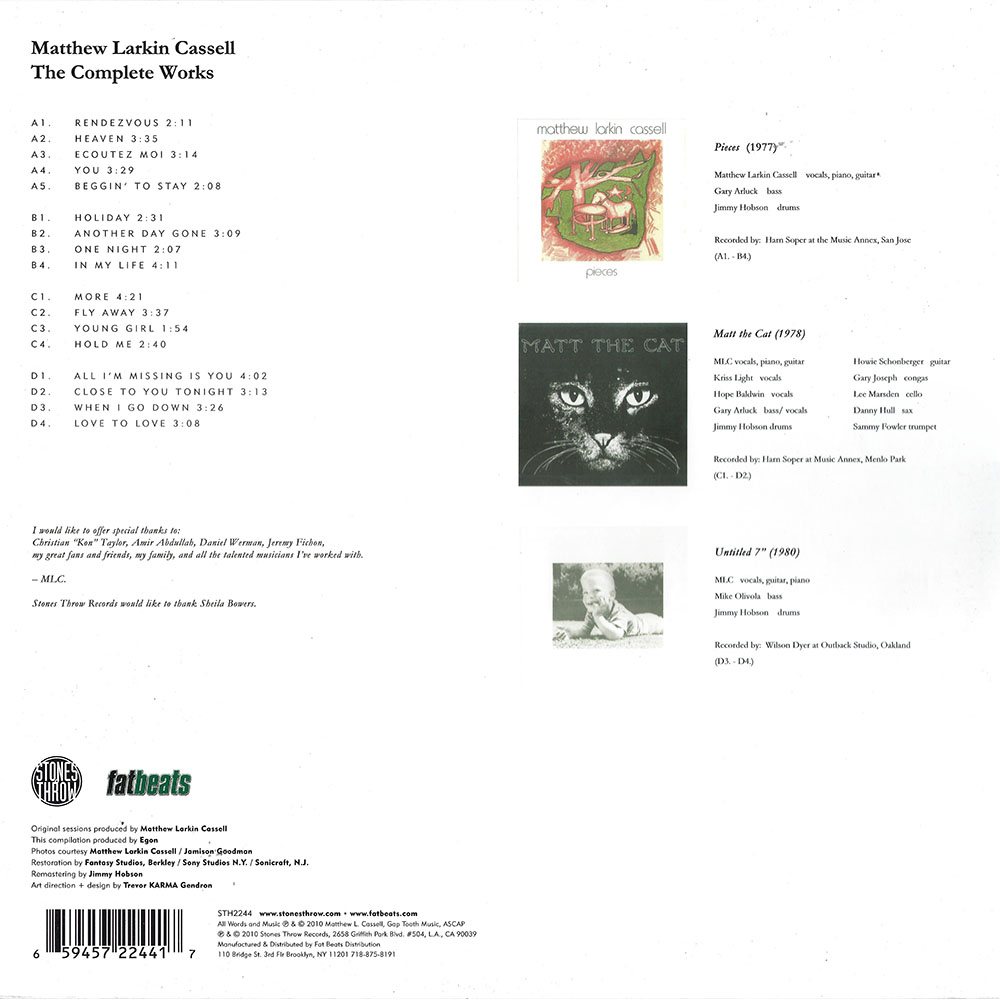