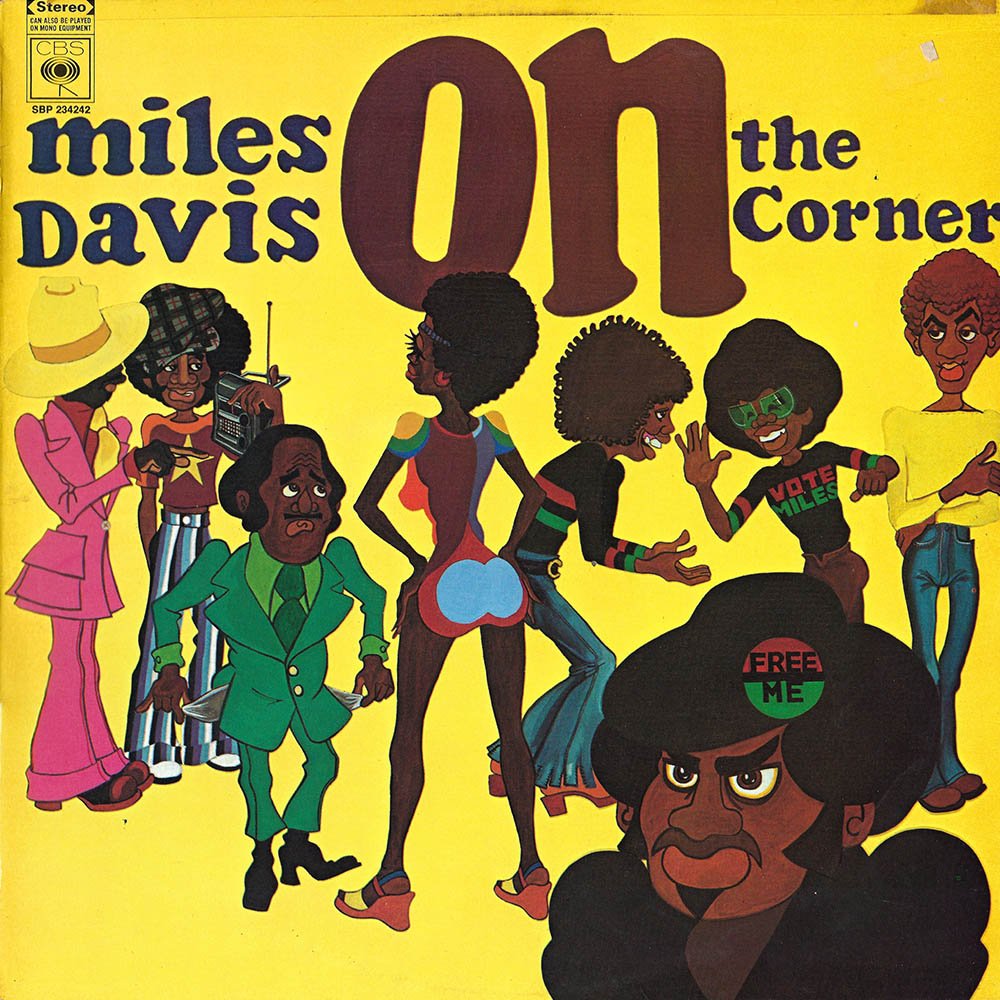 On The Corner remains to this day, one of Miles Davis’ most polarizing efforts. Scorned by critics and fans alike upon its release, the free form jazz funk fusion compositions on this record, were far too chaotic and “left field” to be in the realm of anything happening in the mainstream jazz scene at the time. This was no “Kind Of Blue, and it’s only understandable that anyone hoping to hear ‘that’ Miles here, would be alienated and disappointed. With its warped aesthetics, ominous dense grooves and punk rock attitude, On The Corner was the record that Davis wanted to make, whether people were ready for it or not. And as often the case when artists push the envelope and take chances, it takes a while for people to catch up. So it almost goes without saying that with all of its improvisational ‘cut and paste’ playing, discordant sounds and atonal harmolodics, On The Corner has become known to many in the jazz and rock community as a visionary musical statement, that was simply way ahead of its time. A very influential record for many artists to this day, On The Corner has since become something of a cult classic and is considered by many as one of the all-time-great Miles Davis records. Bonus fact: A few members of this group also play in the legendary Mwandishi band including Bennie Maupin, Billy Hart, and Herbie Hancock himself.

Recommended – B1 Black Satin, B2 One And One, Full Listen

A1 On The Corner
A2 New York Girl
A3 Thinkin’ One Thing And Doin’ Another
A4 Vote For Miles
B1 Black Satin
B2 One And One
B3 Helen Butte
B4 Mr. Freedom X 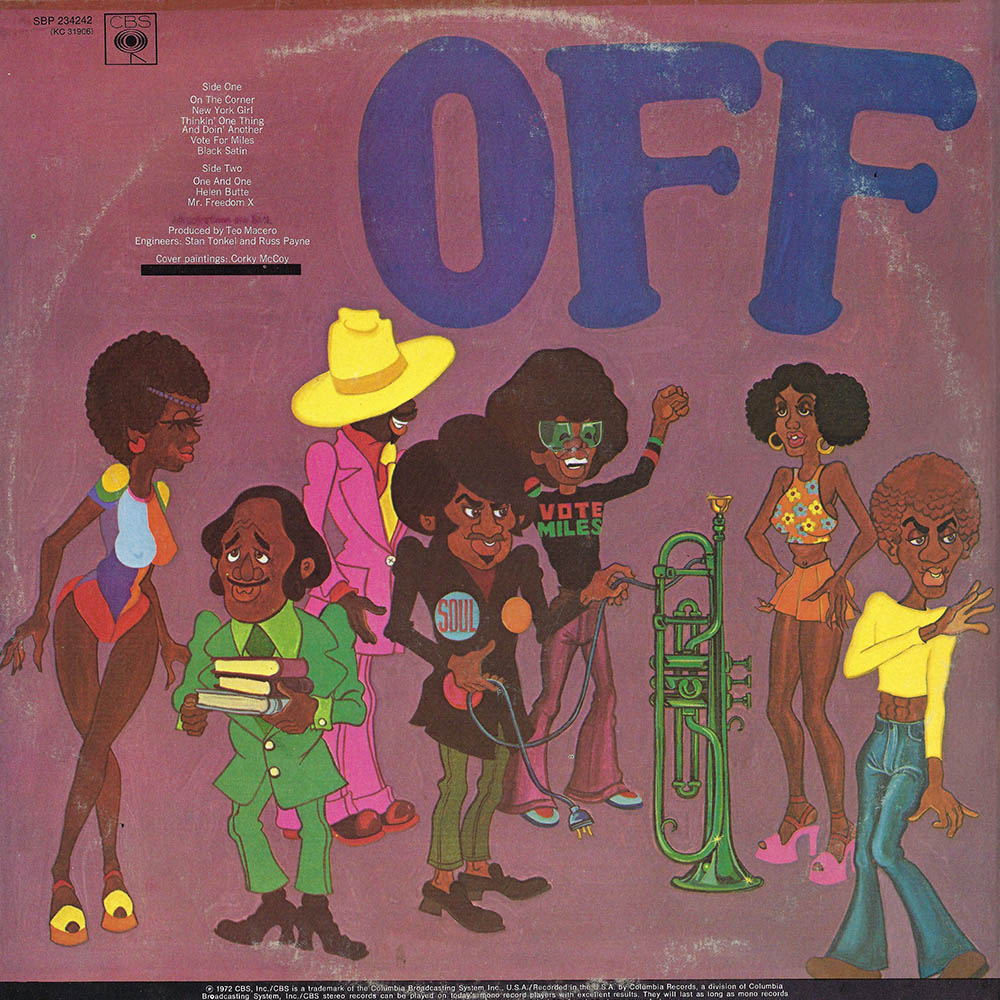 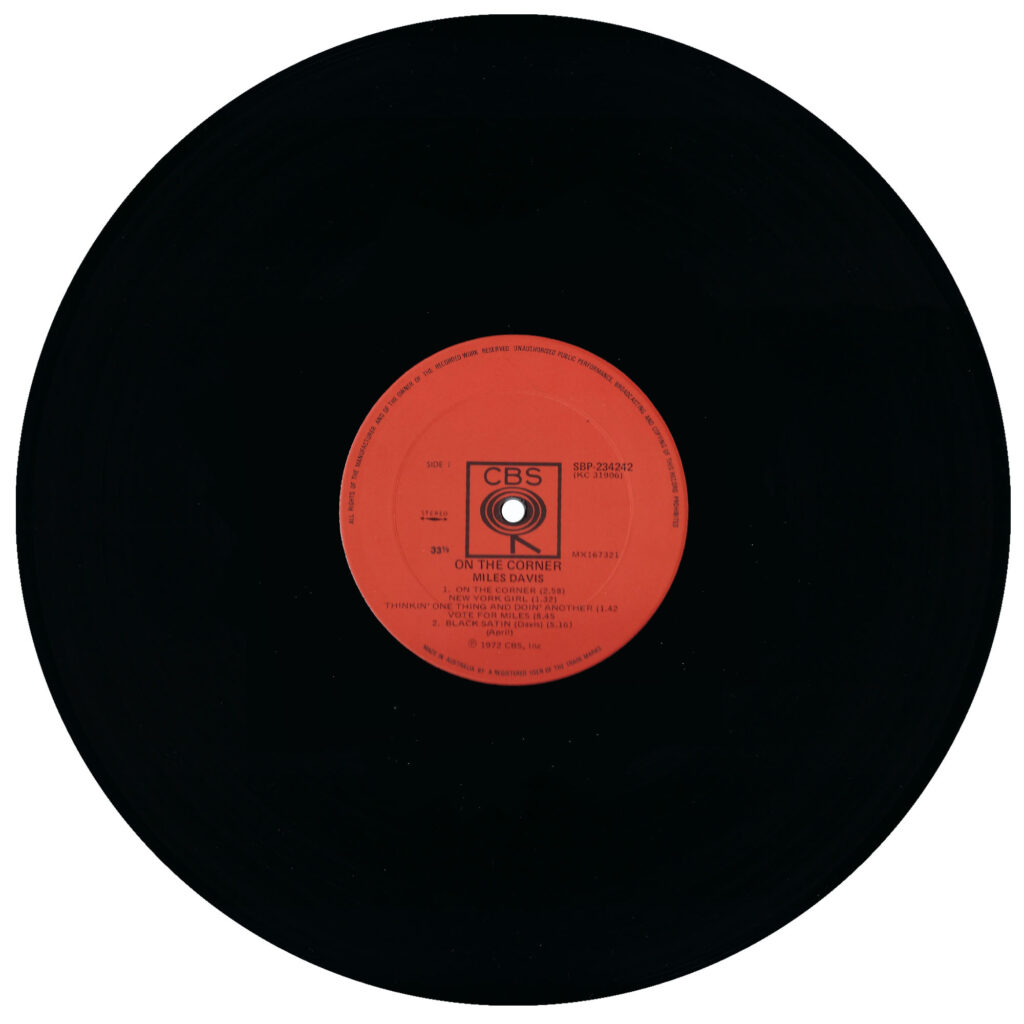 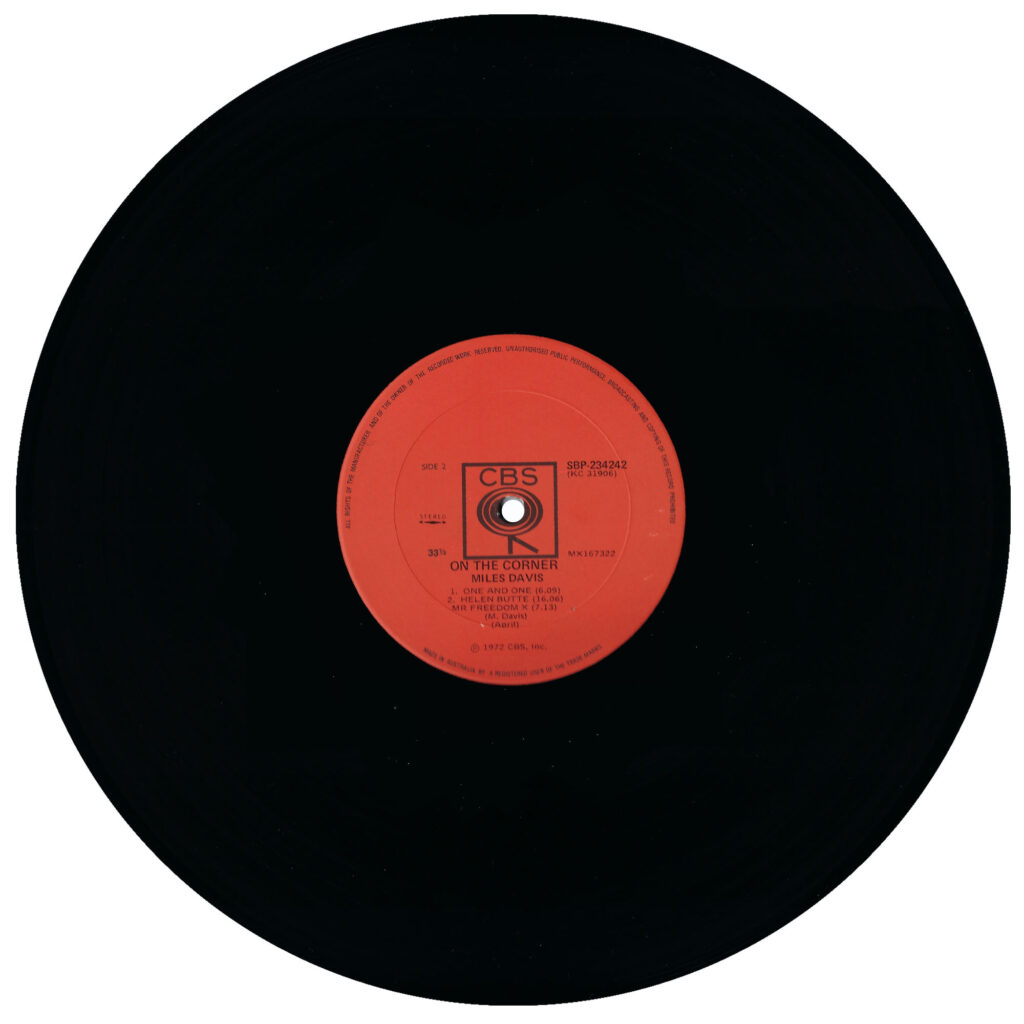