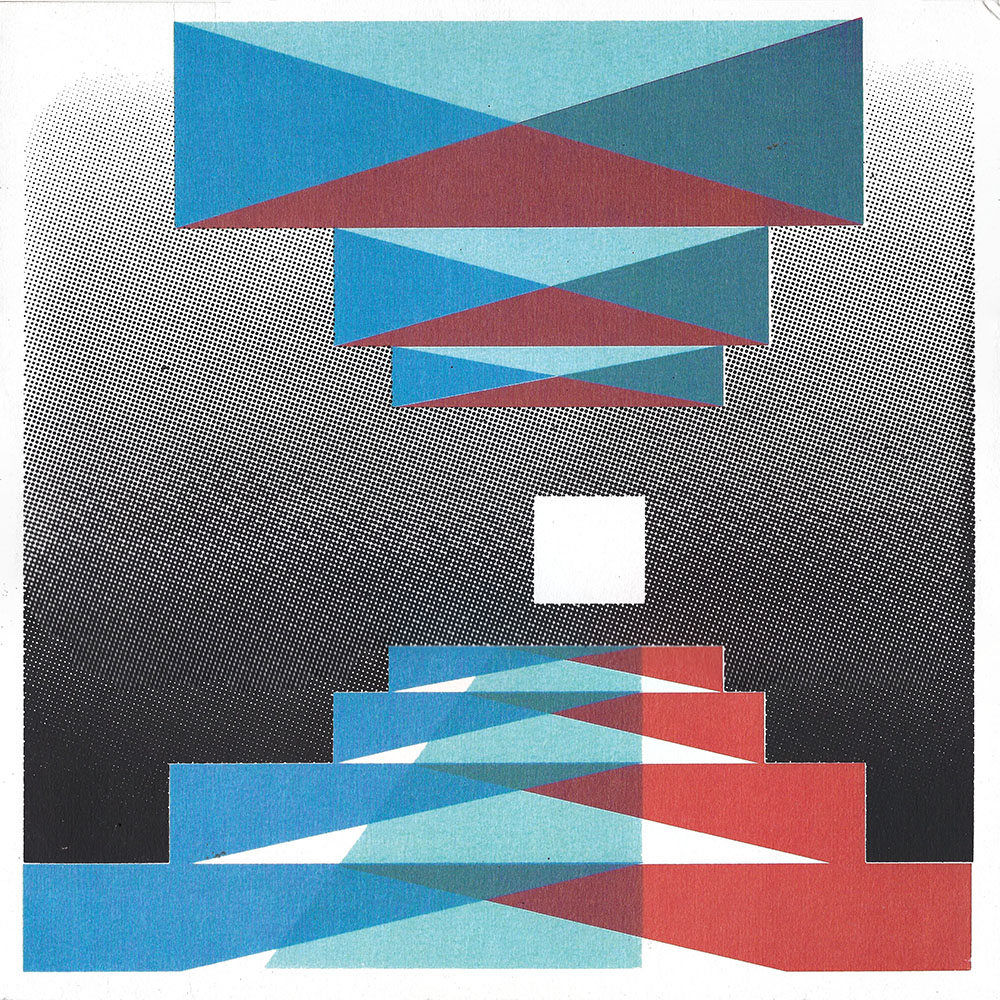 Germany’s Sacred Summits recently reissued this long-lost album of Erik Satie synthesizer interpretations by the legendary minimal composer Morgan Fisher. Fisher, whose career spans over fifty years, started off writing one-hit wonders in the 1960s, penning songs like “Love Affair” for Mott The Hoople before moving to Japan and immersing himself into the 80’s “environmental music” scene. This small ambient movement led to a lot of collaborating for Fisher including playing with like-minded artists such as Haruomi Hosono, Dip In The Pool, and Yoko Ono. “Environmental music” also took cues from Dada classical music and the slow entrancing work of Satie and Debussey. Fisher’s Inside Satie was recorded in just three days with just a few looks at the scores. Here’s what Fisher had to say of this fitting tribute: “INSIDE SATIE is one of the first albums I recorded in Japan shortly after moving here in 1985. In three days I improvised on several of my favourite Satie themes. Mostly I played piano as well as the rich, analog-sounding Yamaha GS-1 (precursor of the DX-7), and sometimes used long tape delays to build layers of sound. All the pieces were recorded in single takes – no overdubs (no time!)” 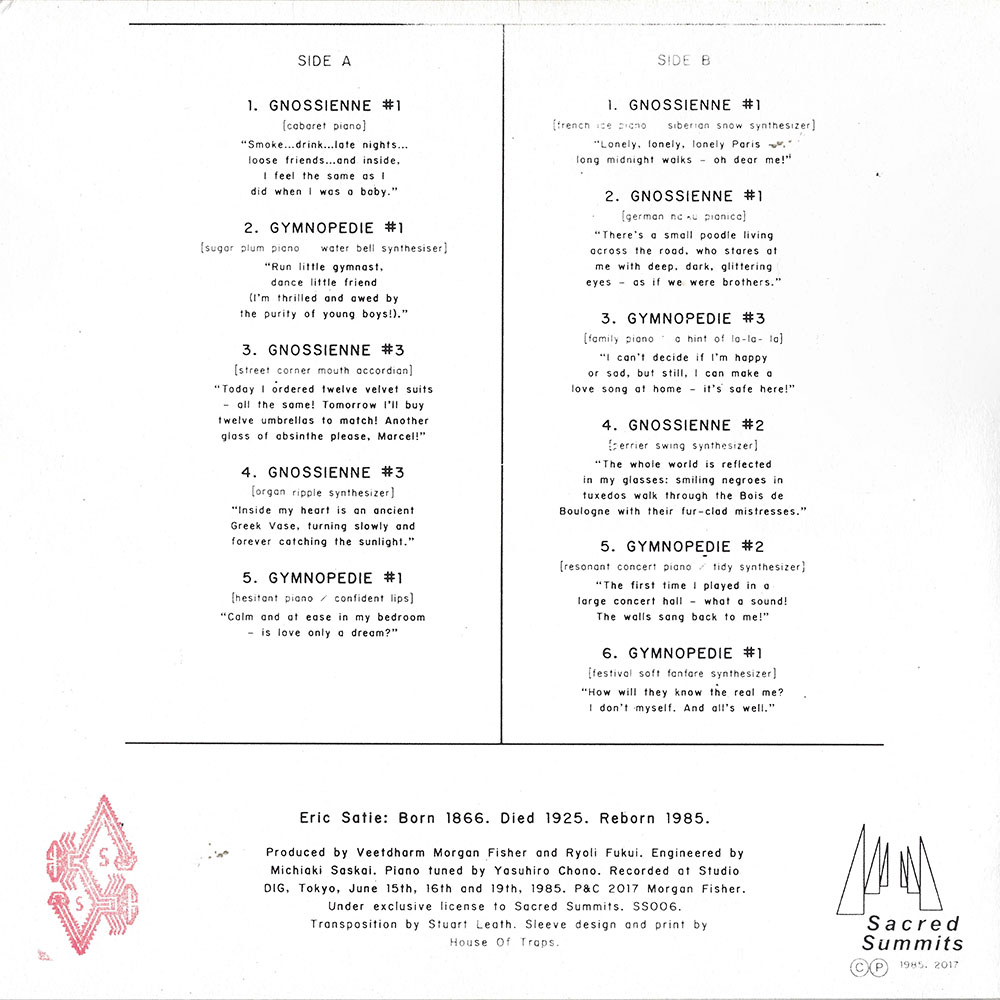 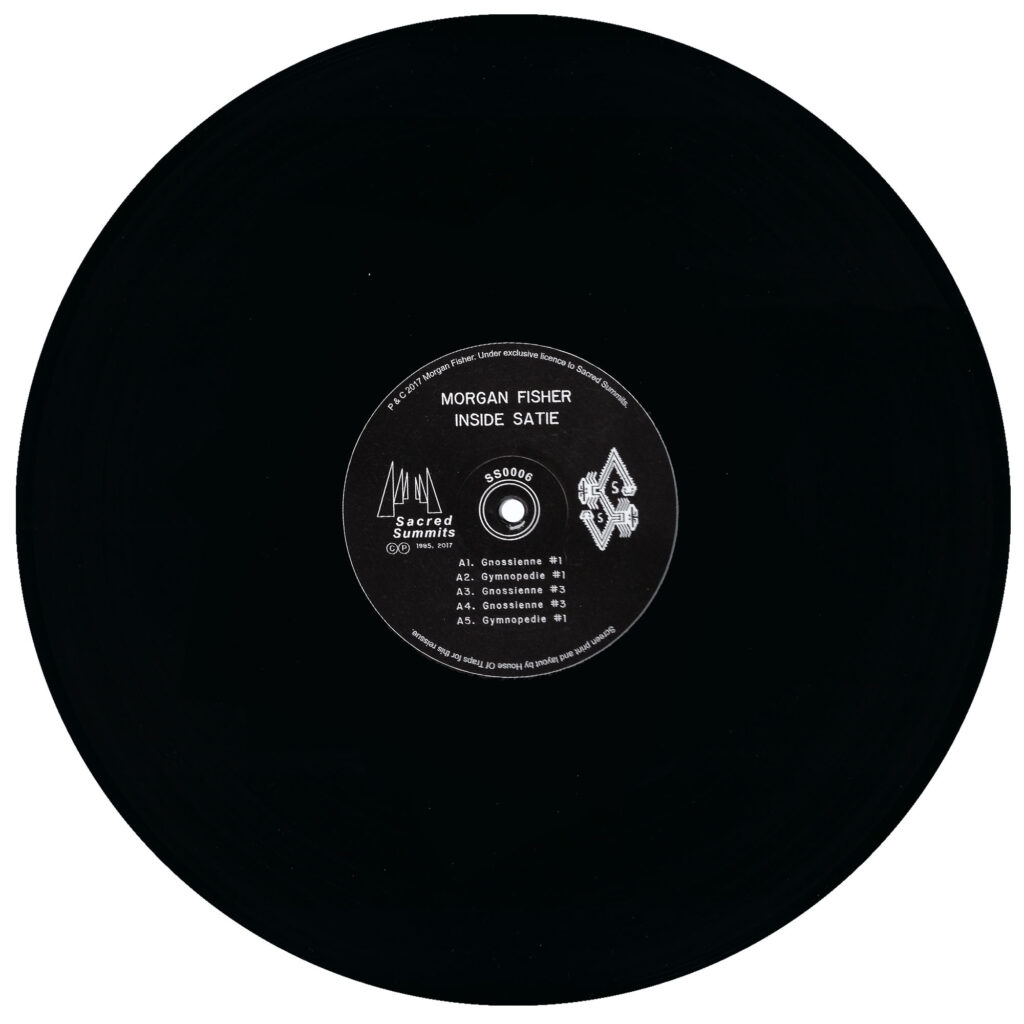 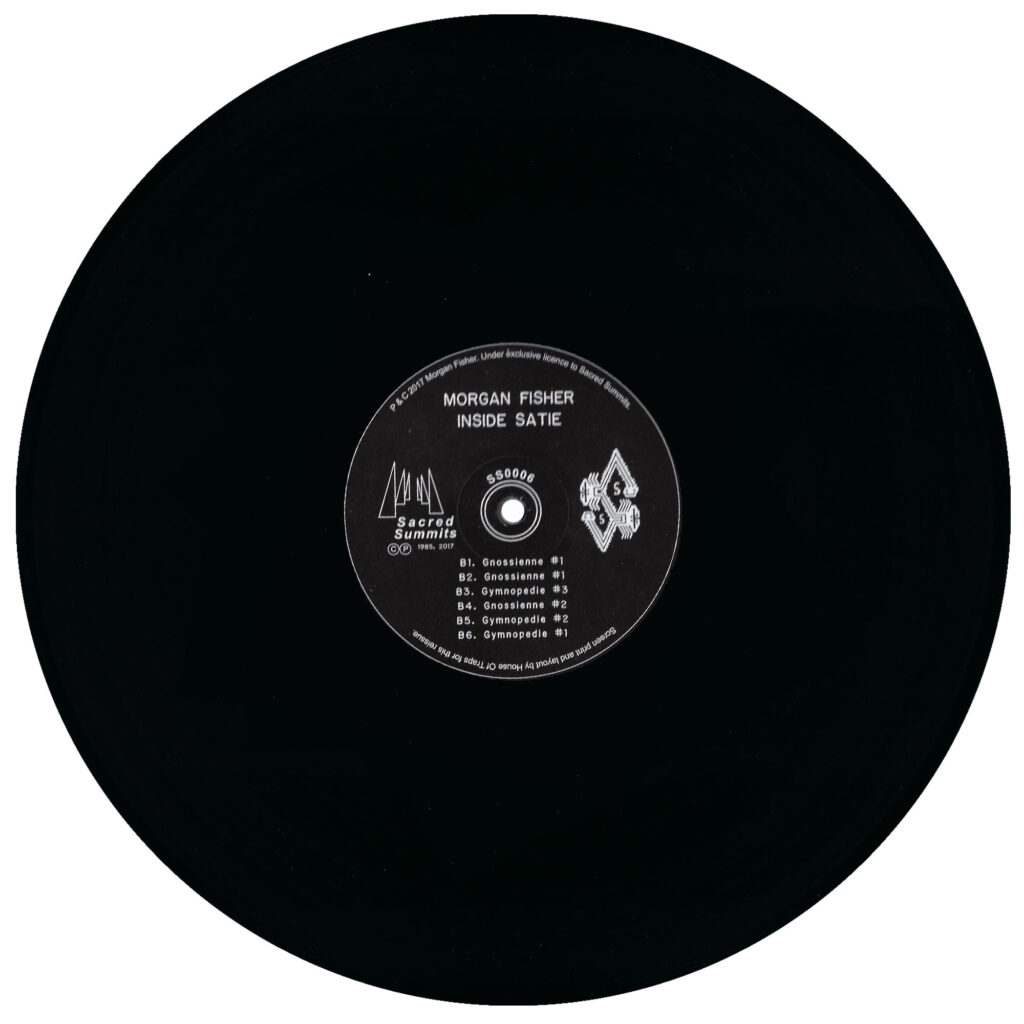