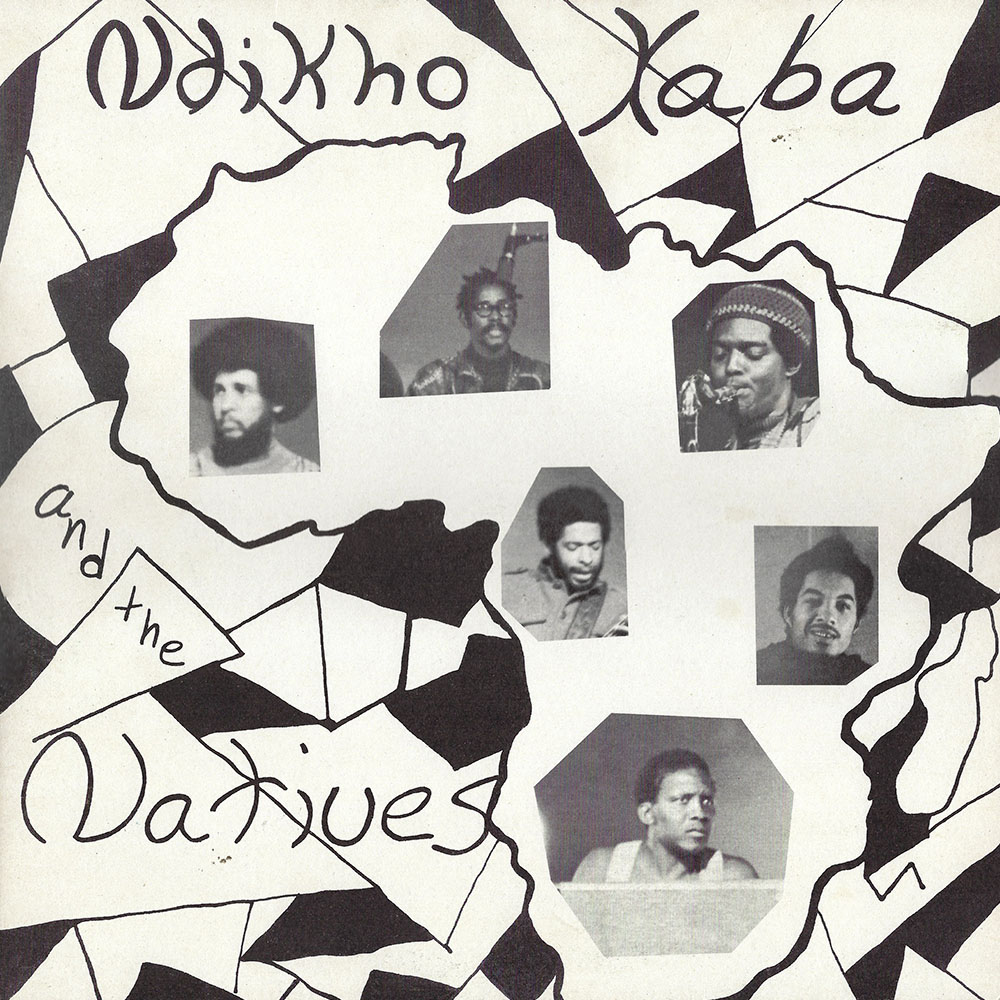 Revolutionary spiritual afro jazz from exile… Ndikho Xaba and the Natives self-titled debut is an African jazz holy grail recorded “as a tribute to the struggles of Africans in this country for oh so long…” A South African native, Ndikho Xaba moved to the United States around the early 70’s in self-imposed exile. Recorded in the United States, Ndikho Xaba and the Natives links the liberation struggles of Xaba’s native country with the Black Power Movement in the USA. The sounds are a mix of late 60’s spiritual jazz and African jazz traditions and feature Xaba on piano, percussion, as well as instruments constructed by the artist himself including an eerie horn fashioned from a giant tubular seaweed.

A1 Shwabada
A2 Freedom
A3 Flight
B1 Nomusa
B2 Makhosi 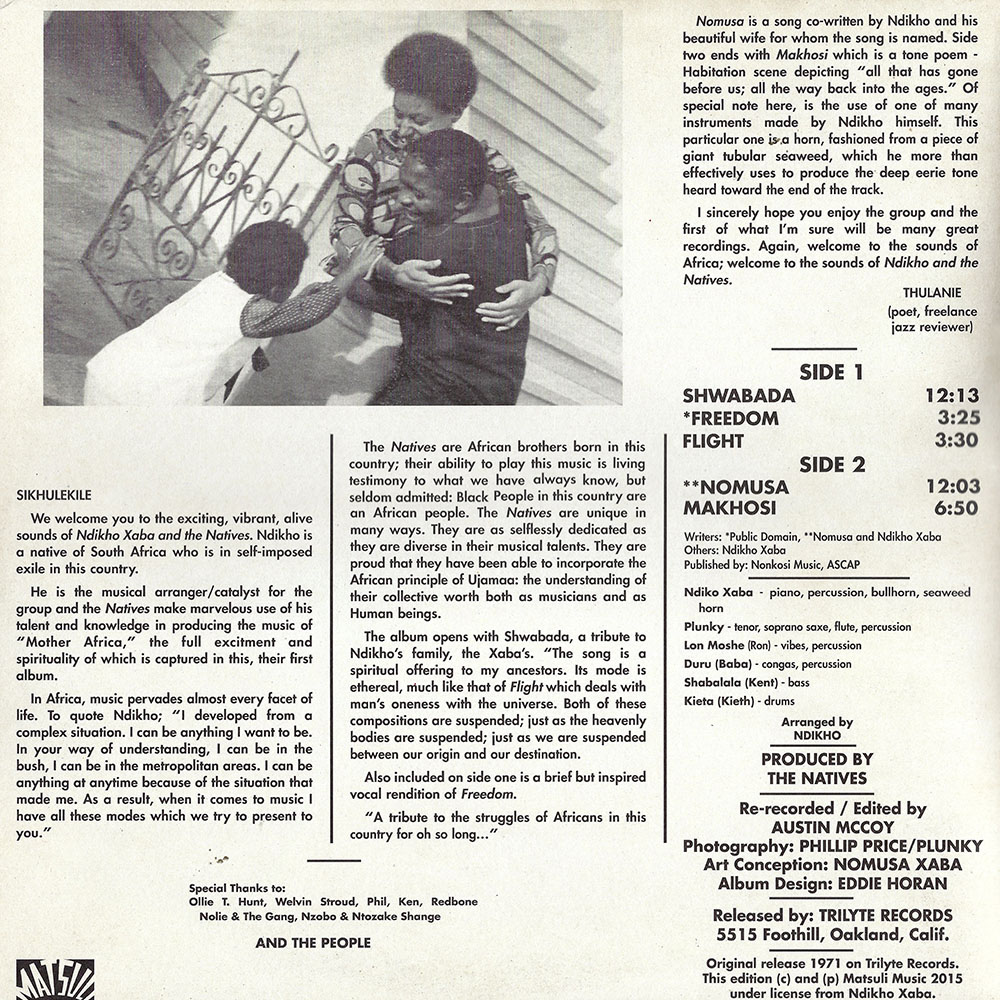