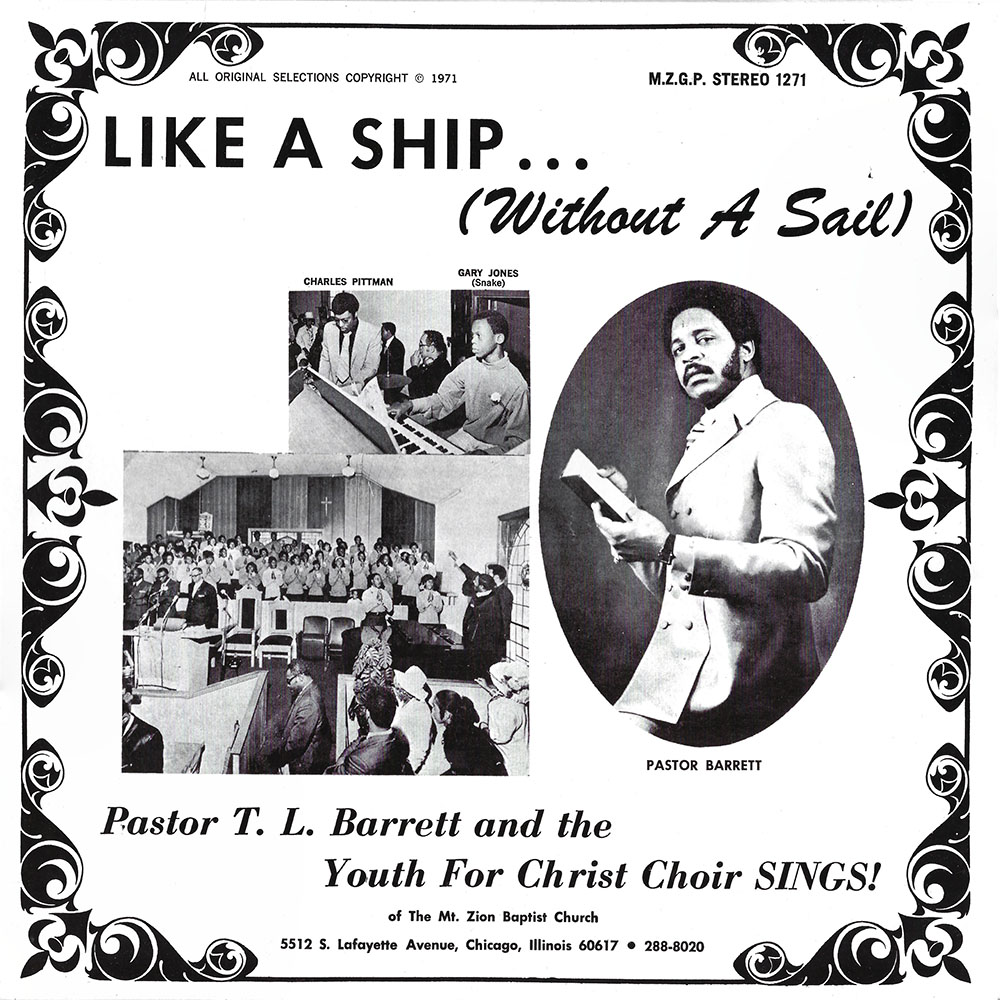 A truly transcendent crossover gospel album by Chicagoan pastor and activist T.L. Barrett and his beloved youth choir. Barrett was the pastor at the Mount Zion church, whose sermons preaching “New Thought” spirituality about the ubiquity of God attracted the likes of Donny Hathaway, Sun Ra collaborator Phil Cohran, and Maurice White and Philip Bailey (of Earth, Wind, and Fire) to his congregation.

In an effort to keep children off the streets, Barrett started the The Youth for Christ Choir, an after school program at Mount Zion consisting of about 40 youths ages 12-19. His passion for preaching, mixed with his intuitive musical gift, his post-Civil Rights Movement activism, and the empowered voices of the youth, were the potent forces behind his self-released 1971 album – not to mention the prowess of the outside musicians they brought in, including Chess Records’ Gene Barge, as well as Richard Evans and Phil Upchurch. When listening, it’s perplexing to accept that the choir singers you hear are not professional adult singers – they do not sound like silly, carefree youth. They bring a level of emotional maturity and depth to their vocal delivery that is unfathomable for people as young as 12. Even Barrett, the albums’ writer/arranger and lead vocalist, perplexes listeners in his mastery of song without formal educational training. The liner notes perfectly capture his spirited approach to music: “he plays what he hears and writes what he feels.” Picturing 40 young people, some as young as 12, who are only used to singing live, transitioning to a studio setting, having to record take after take after take, you would not expect to wind up with such elegant, striking, powerful, emotive vocal delivery. At times the Youth Choir’s singing is so intense that it is chilling and haunting, like the 2:40 mark on Like a Ship – the sheer volume of their combined voice is enough to overpower you like a gigantic, dominating wall of sound towering above you.

You do not need to be of the Christian faith or go to church to appreciate this album.
The highlight track, Like a Ship, works as a secular, universal song about overcoming struggle. If the religious element is still a roadblock for you, perhaps this quote from Barrett on what God is can invite you in: in 1960 Barrett went on a quest to NY to find god, “but I didn’t find him up in the sky – I found that God wasn’t a Him, either God is, whatever, all energy, all power.”

Recommended – A1 Like A Ship, B1 Nobody Knows, A4 Ever Since 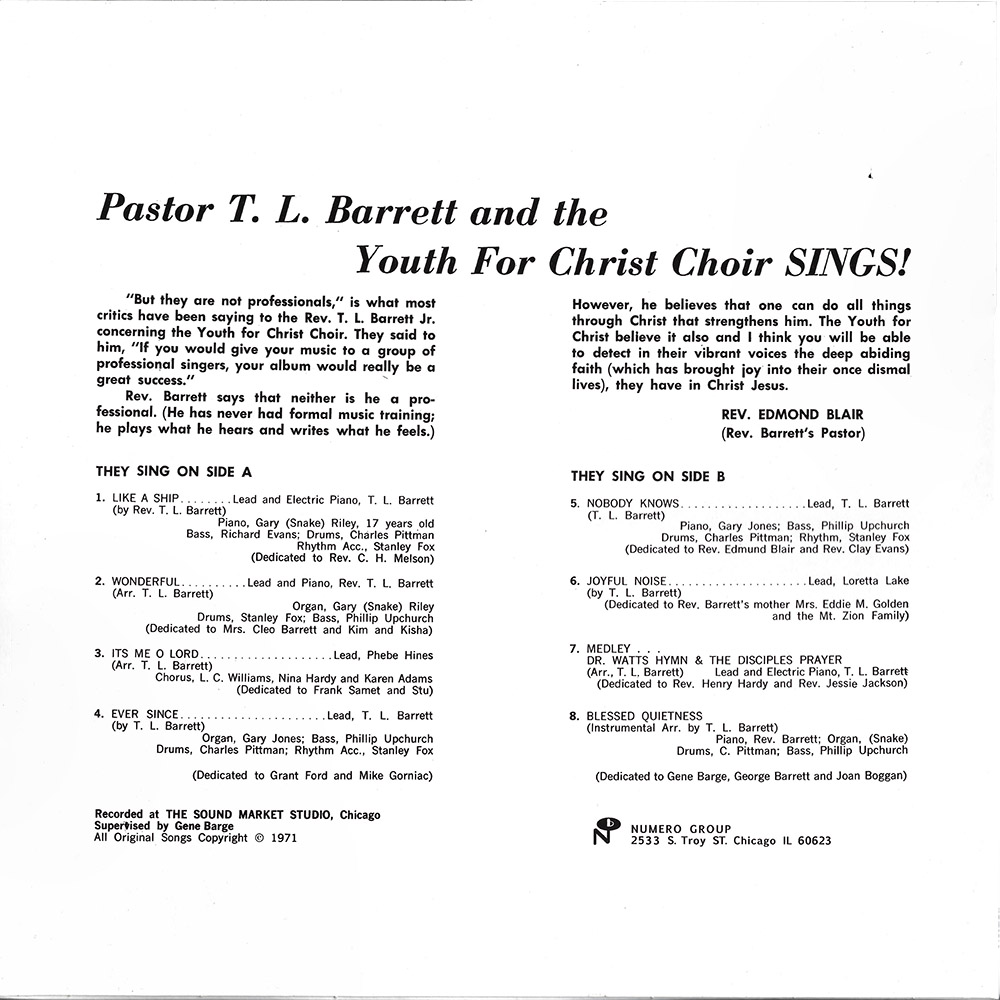 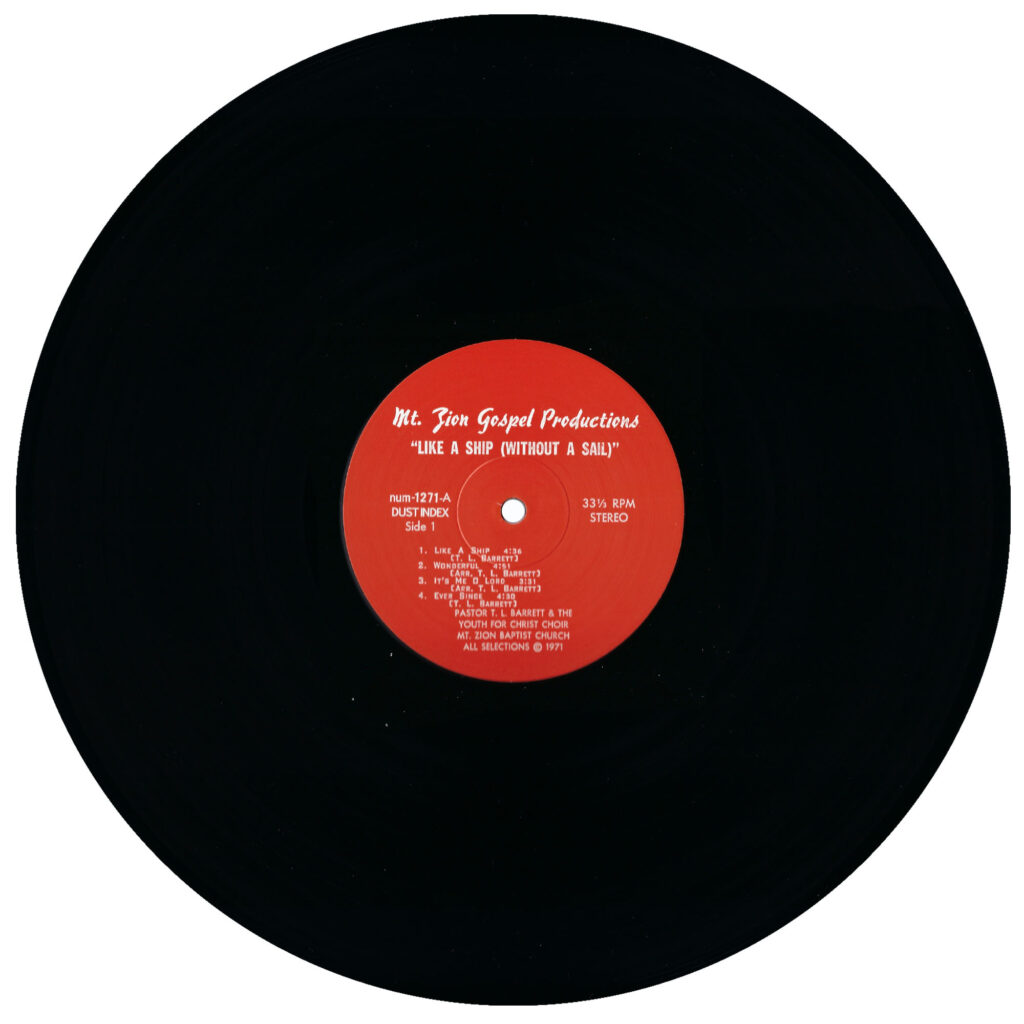 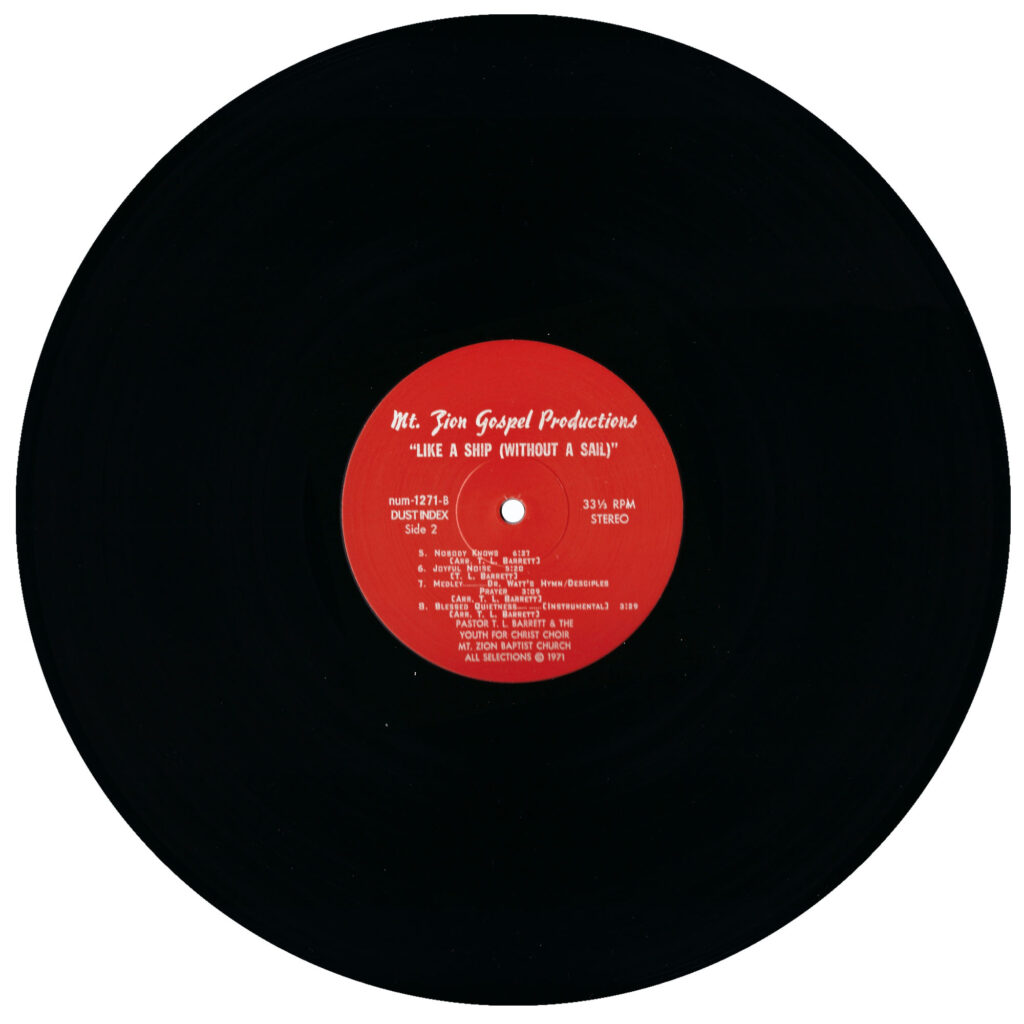