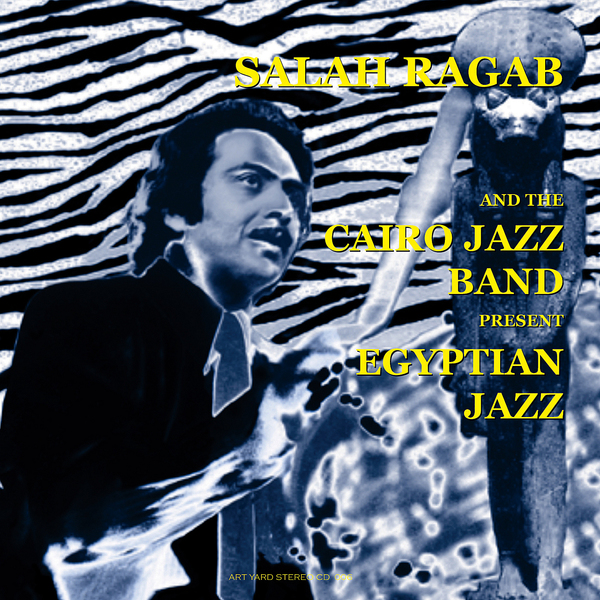 Drummer and band leader Salah Ragab is considered by many as the father of Egyptian Jazz. In the late 60’s, Egyptian music was typically bound to a strict canon, but a fateful meeting between Ragab and Sun Ra with his Arkestra ushered in a new perspective. When Sun Ra came to Egypt for the first time in 1971, his instruments were confiscated by customs. Luckily, Ragab was not only a band leader, but also a colonial in the national army and managed to get Ra’s instruments released. The two played several shows together during that period and the impact can be heard throughout this record. “Ramadan in Space” is as good as it’s title suggest and veers into both cosmic and free jazz territory with its wild horn section. “Mervat” closes out the record with an easy going rhythm that’s loose and wandering with a a flute line that wraps around the composition like a serpent.

Recommended – A1 Ramadan In Space Time, A2 Dawn, B4 Mervat