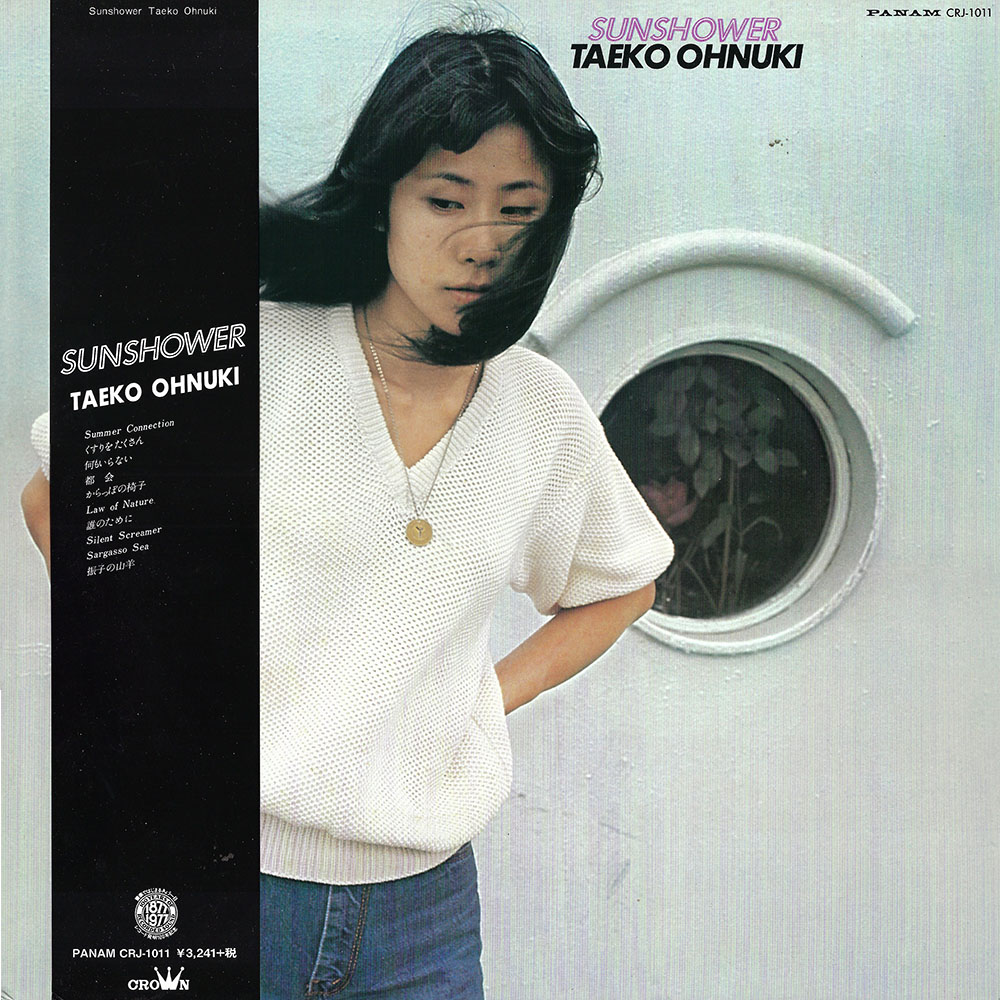 One of the giants of Japanese pop music, Taeko Ohnuki began her career as a founding member of Japanese pop band Sugar Babe alongside Tatsuro Yamashita. Though the group failed to achieve much success, they would prove to be highly influential to the city pop sound that would explode in the late ’70s into the ’80s. Ohnuki’s sophomore album, the masterpiece Sunshower, often gets labeled city pop, but actually precedes the glamorous, metropolitan style that the genre is known for and touches on subjects closer to home. Notably, this album features one of the most stacked lineups we’ve ever seen with pre-YMO Haruomi Hosono and Ryuichi Sakamoto, Tatsuro Yamashita on backing vocals, guitar legend Kenji Omura, and Sadistic Mika Band bassist Tsugutoshi Goto.