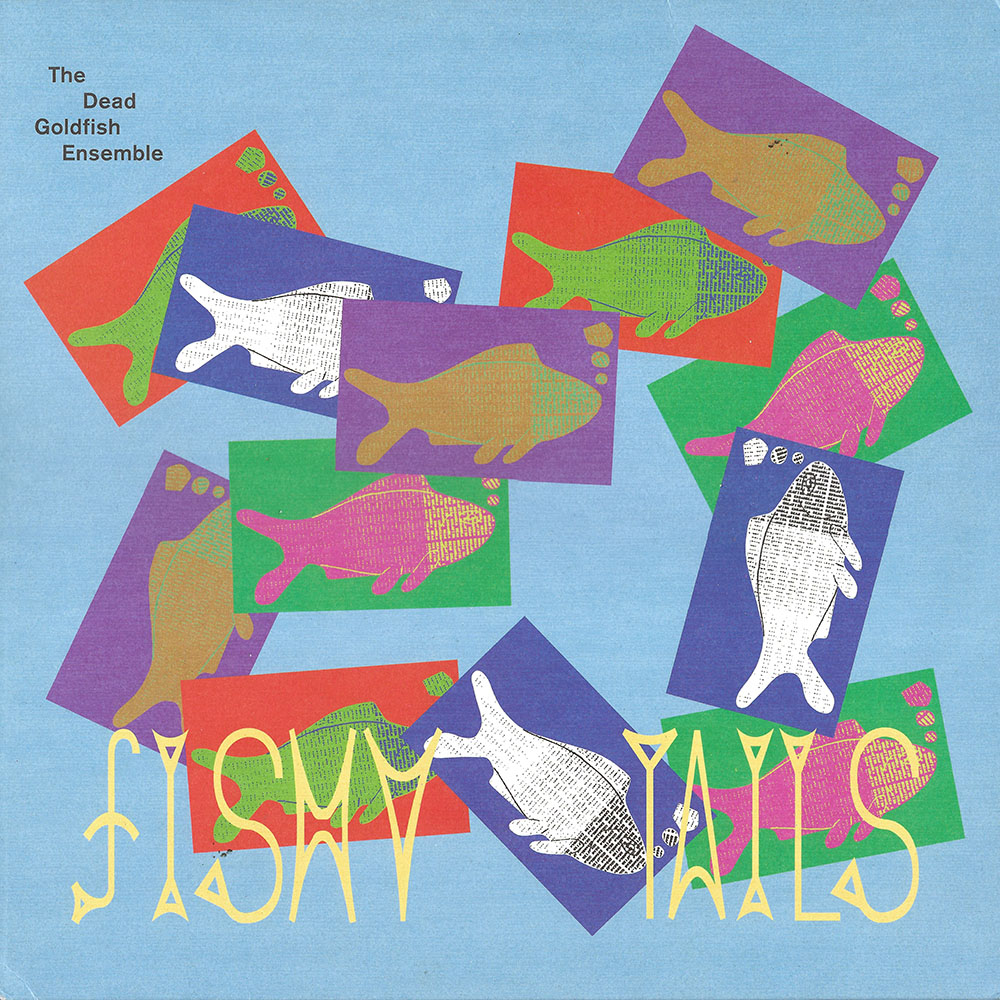 Quirky minimal electronic music from Southampton-based musician Steve Hartwell composed in 1983 using sequencers and the MSX computer, one of the first generation of home computers used for music production. Inspirations for these d.i.y tape recordings include Kraftwerk’s “Autobahn,” Steve Reich, and Philip Glass, though the playful melodies and unique percussive computer sounds put these tracks into a strangely digital aquatic world of their own. Fishy Tails is The DGE’s first album released in vinyl format and is compiled from several cassette releases from various Belgian and German labels. Not surprisingly, the compiler / label is a collective based Tokyo!

All songs composed, performed, and produced by The Dead Goldfish Ensemble. This LP is compiled
from tracks originally released on cassette tapes. Digitally remastered from the reel-to-reel masters
by Makoto Ohshiro. Artwork and Design by Yu Yokoyama (BOOTLEG). Photography by Ewa Hartwell.