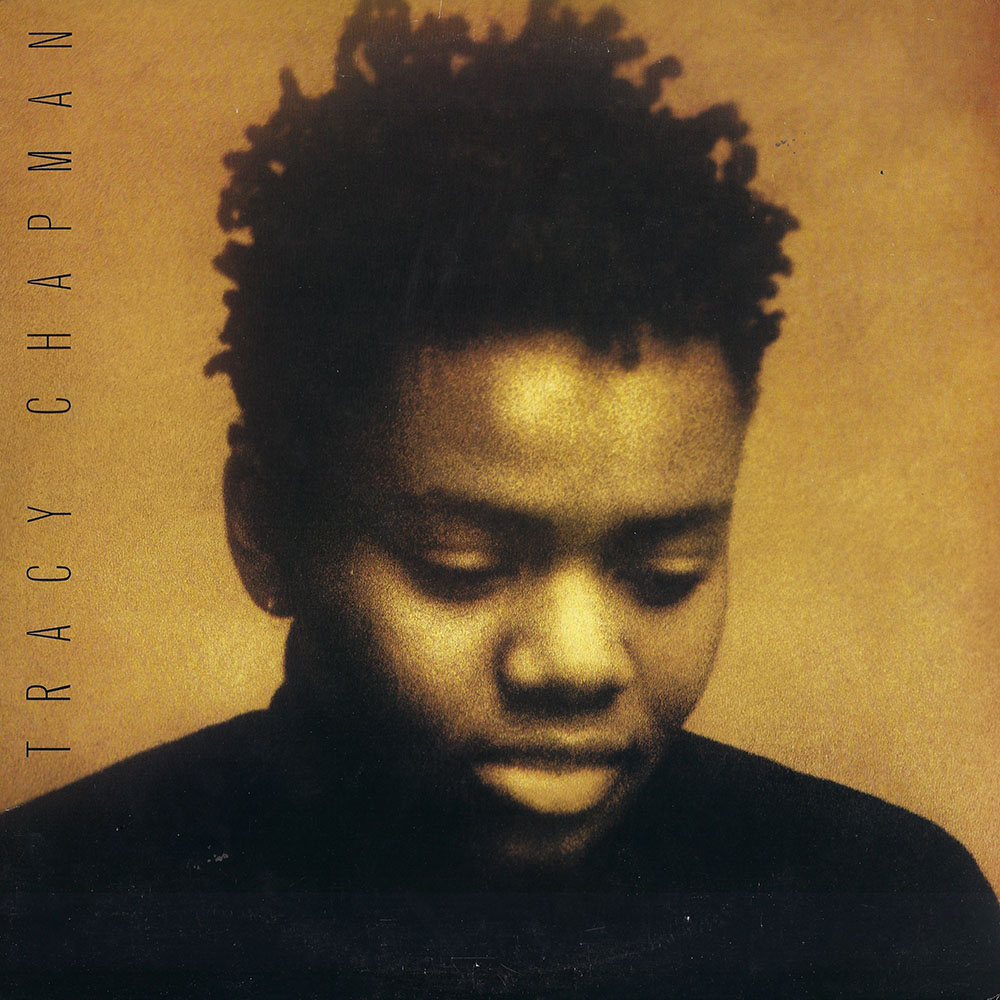 One of the first albums by a female artist to have sold more than 10 million copies worldwide, Tracy Chapman’s self-titled debut is an essential listen with humble beginnings. The singer-songwriter was discovered at a local coffee shop by a Tufts university student whose father owned a publishing company. “[someone] told me there was this great protest singer I should get to play at the rally… Tracy walked onstage, and it was like an epiphany. Her presence, her voice, her songs, her sincerity—it all came across.” A demo tape of “Talkin’ ’bout a Revolution” eventually led to Chapman’s signing to Elektra. Her seminal debut would be an unexpected global hit and usher in a new wave of singer/songwriters in the 90’s.

A1 Talkin’ Bout A Revolution
A2 Fast Car
A3 Across The Lines
A4 Behind The Wall
A5 Baby Can I Hold You
B1 Mountains O’ Things
B2 She’s Got Her Ticket
B3 Why?
B4 For My Lover
B5 If Not Now…
B6 For You 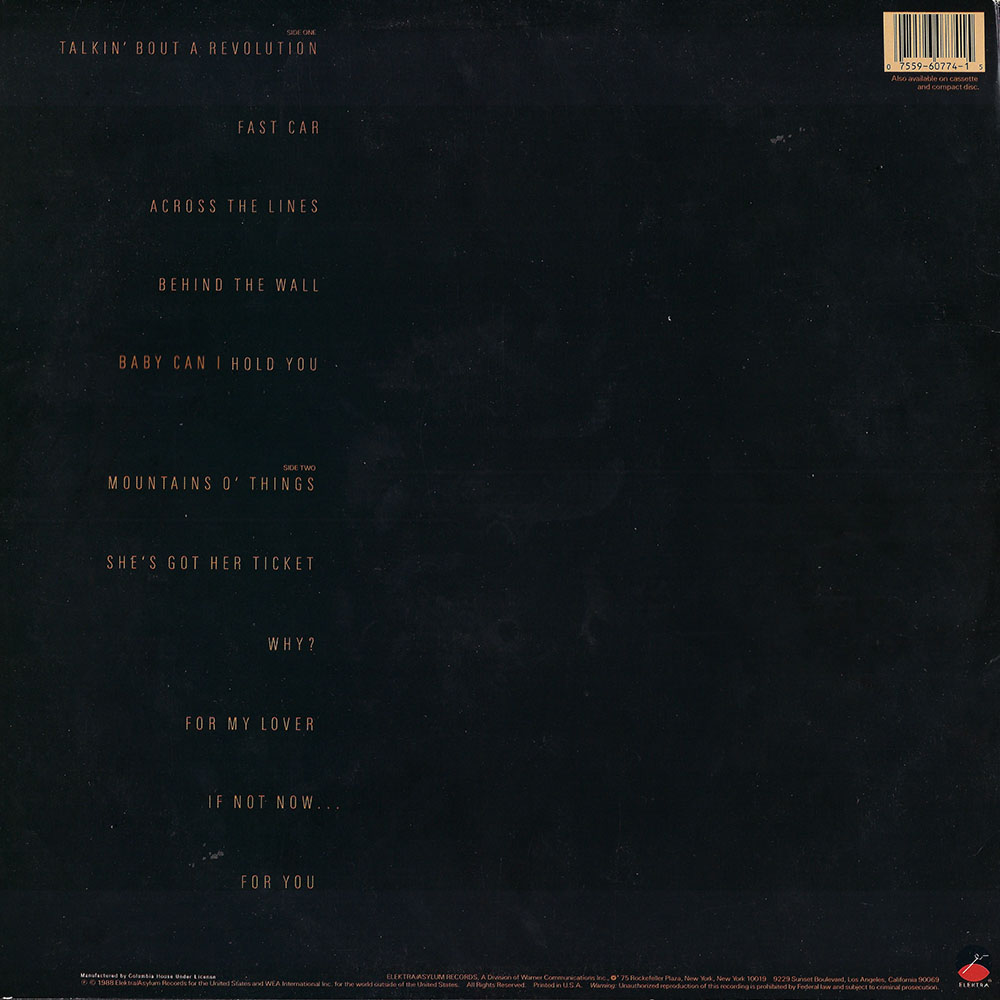 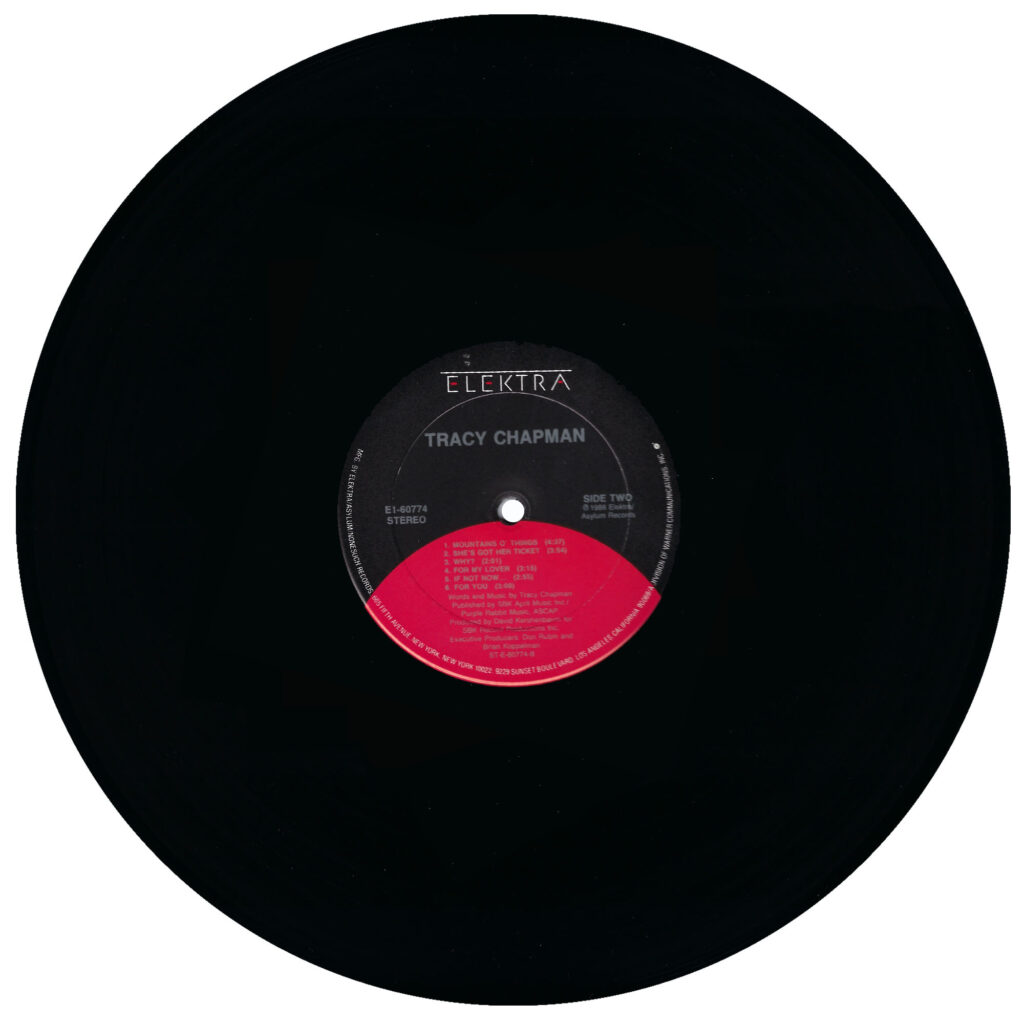 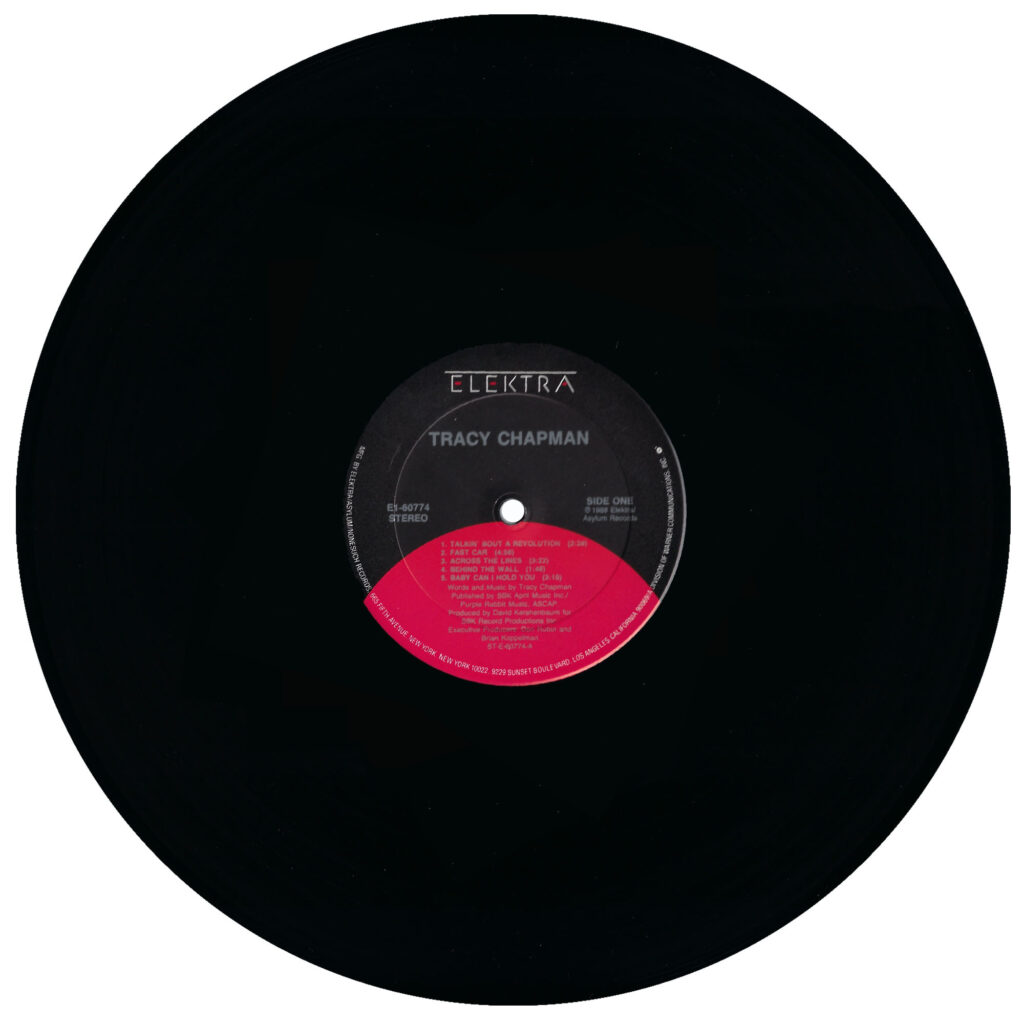