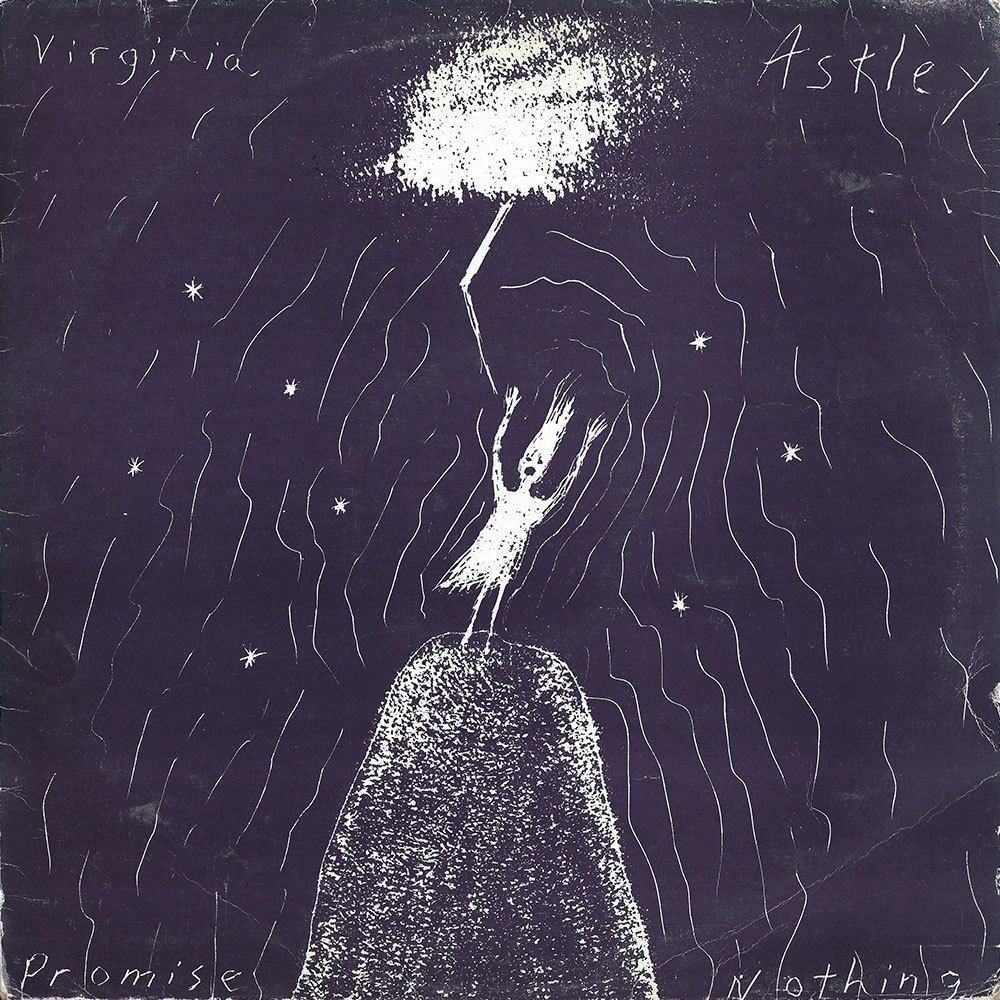 Promise Nothing is a compilation album produced by Why-Fi following Virginia’s departure from the label. It contains classics from her Why-Fi catalog along with two tracks from her debut album From Gardens Where We Feel Secure. While the music is of course amazing, there’s a bit of conflict surrounding the release… From the artist herself: “I was really annoyed when it first came out because there was all this material that I’d written and which was presented out of context as a new LP by me. It came in a really horrible scratchboard sleeve design that would have been better if had REALLY been done by a child. On the front was a picture of someone drowning, it was as if they’d said, ‘Oh yes, she’s a morbid girl, put something depressing on the sleeve.’ I wrote and told them how much I hated what they had done and now I find out they’ve re-released it without telling me. The sleeve is better but it’s still giving the impression that it’s a new LP. I’m sick of it.”