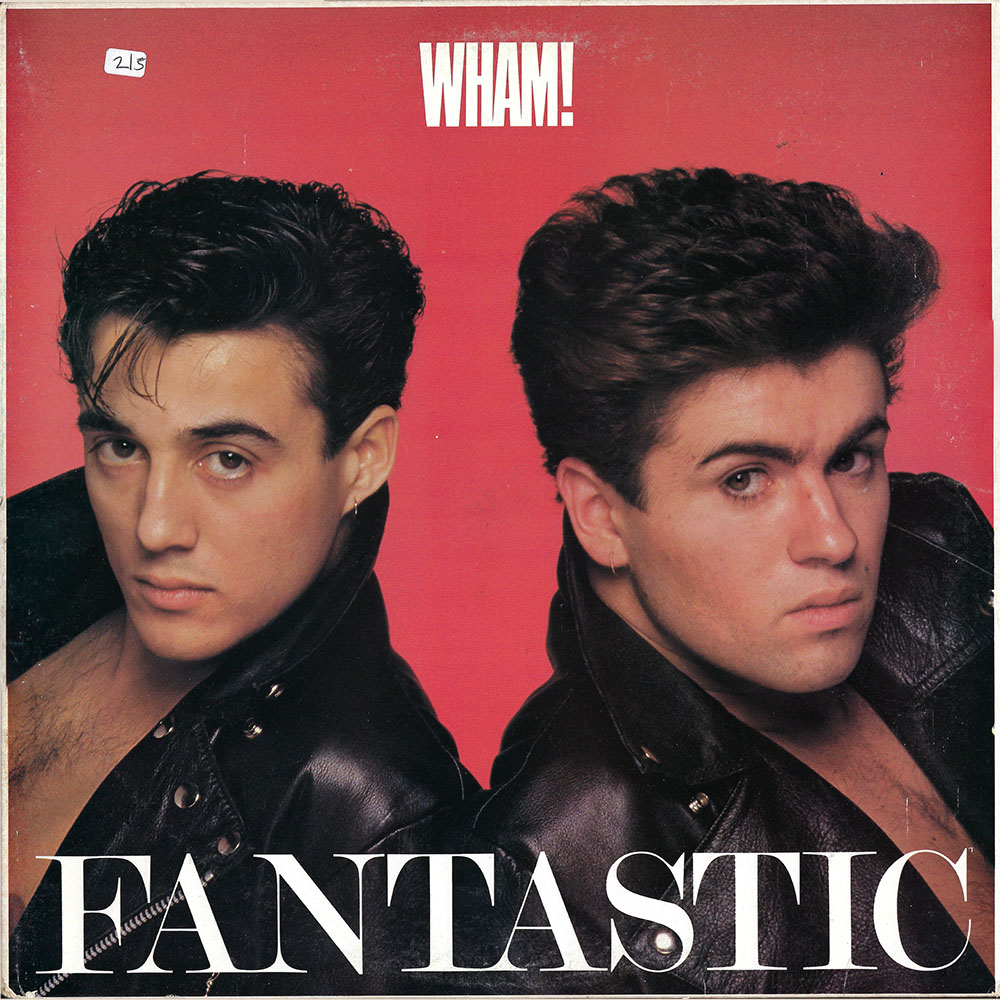 Recorded by George Michael at just twenty years old, 1983’s Fantastic would prove to be a promising yet extremely flawed debut for the future pop phenoms. Following the UK’s trending “rebel” style, Michael and Ridgeley branded themselves as a duo of leather dawning street-smart bad boys leading to a record with a ‘tough guy’ concept that usually registers a few unintentional laughs. Songs like “Bad Boys,” “Young Guns,” and especially “Wham Rap” are all shallow shots at the superficial identity and self-proclaimed ‘street credibility.’ Most of the songs here can be avoided, but the reason we bring it to your attention are the hints at the lush Balearic tinged sophisti-pop Michael and Ridgeley would create in the future. The two worth shouting is the single “Club Tropicana,” a sunny Ibiza anthem, and the sleeper hit, “Nothing Looks the Same in The light.” The latter being one of our favorite pop gems, “Nothing” is highly emotive, Balearic Wham! that eludes to their soon-to-be-created masterful pop hits as well as the cherished hidden deep cuts like the Club Tropicana b-side “Blue.” Thankfully, George and Andrew curbed the ‘tough guy’ emulation to embrace the emotional, and with that adjustment, become one of the 80s biggest pop sensations.

Recommended – B2 Nothing Looks The Same In The Light, B1 Club Tropicana

A1 Bad Boys
A2 A Ray Of Sunshine
A3 Love Machine
A4 Wham Rap! (Enjoy What You Do)
B1 Club Tropicana
B2 Nothing Looks The Same In The Light
B3 Come On!
B4 Young Guns (Go For It!) 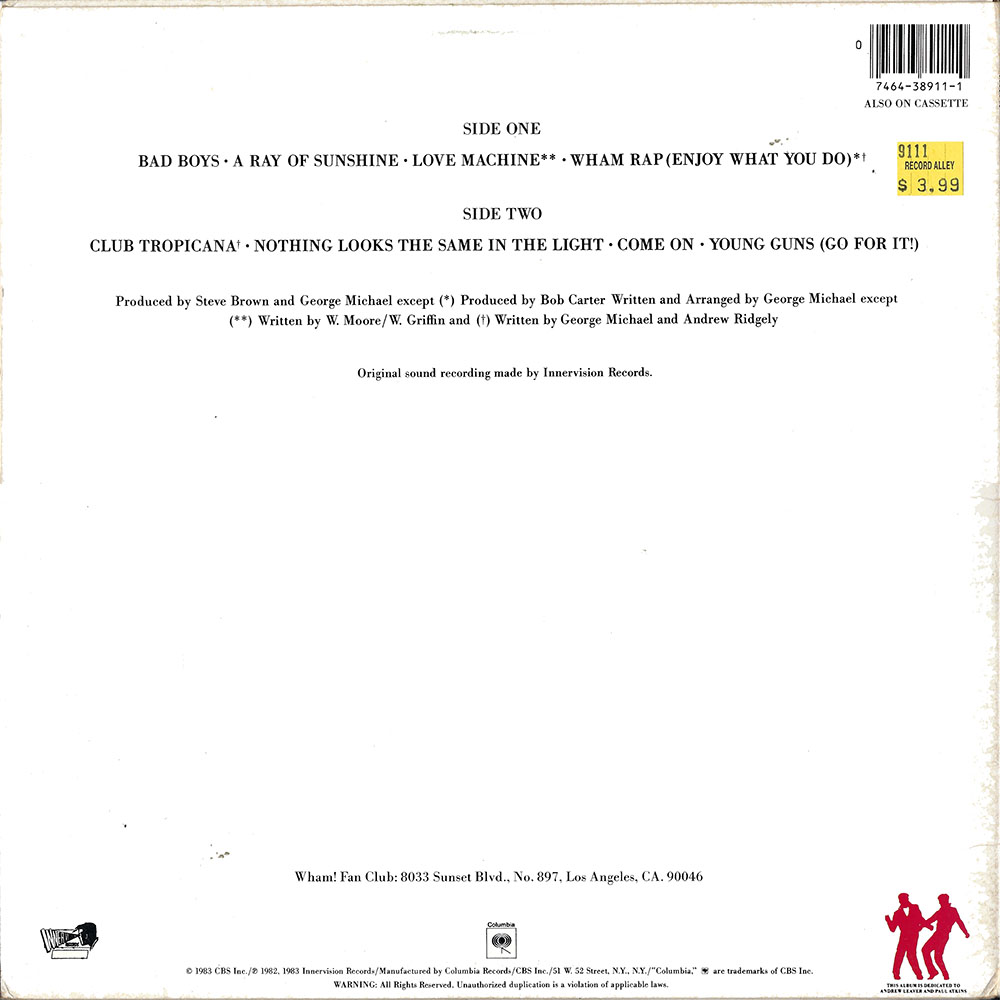 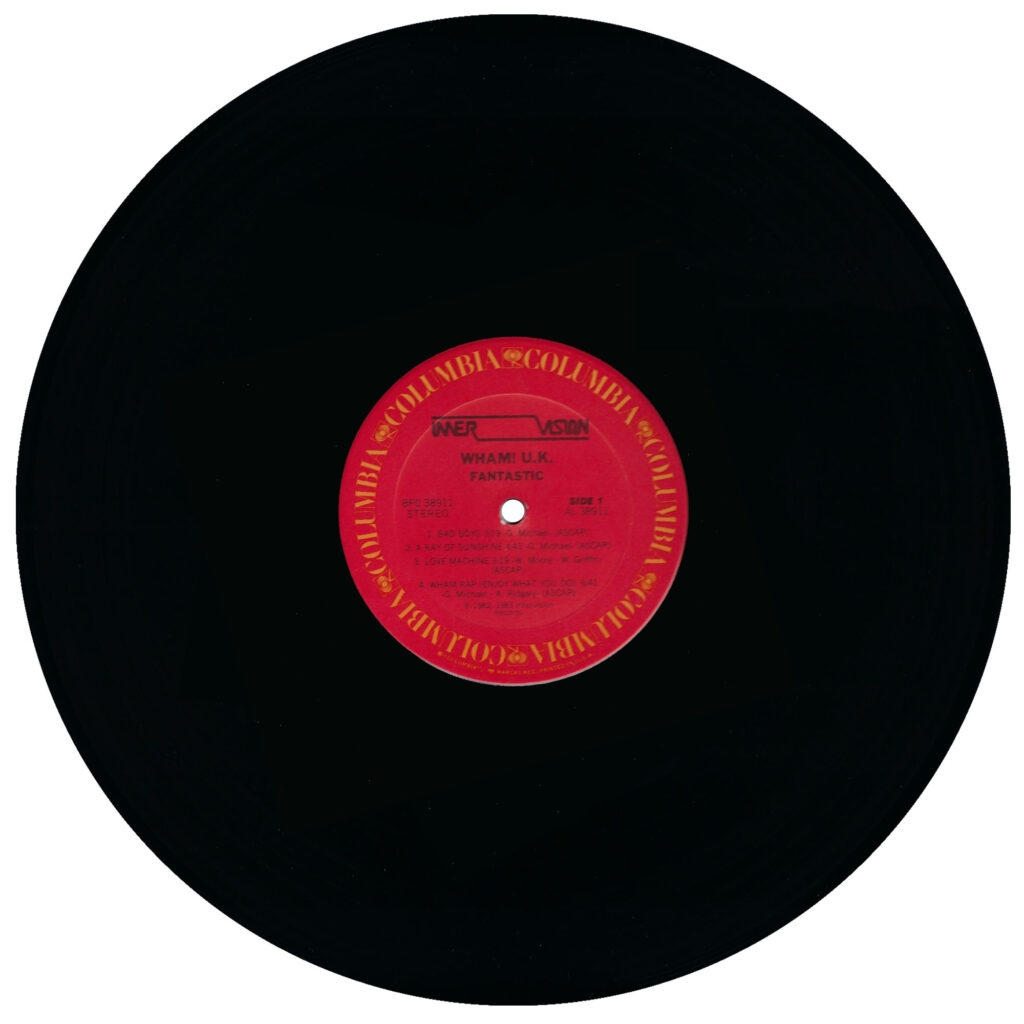 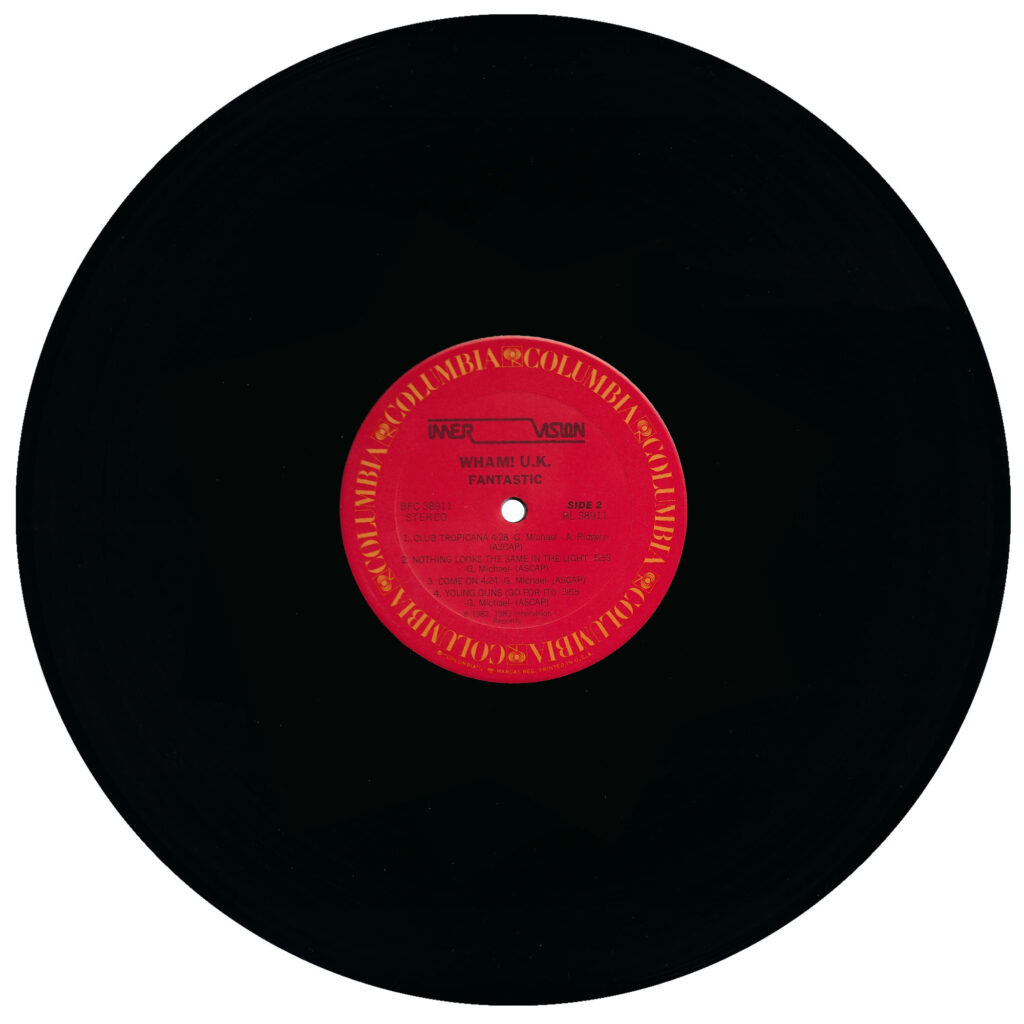