For the past 15 years, Aquarium Drunkard has provided a home for music heads seeking deeper sounds, from psych, jazz, avant-garde, folk, garage, funk and beyond. They’ve done interviews with everyone from Yoko Ono to K. Leimer and are just as likely to feature an ECM album as they are a country funk compilation. There doesn’t seem to be any sort of agenda or rule book on what is featured, and we love that. It’s all just “good shit,” and the site functions more as an extension of the music taste and expanded interests of founder Justin Gage and the small group of contributors he’s put together.

Though the subject matter and genres are constantly in flux, the content has remained notably consistent. So many recurring series on AD have become favorites of ours over the years. To name just a few: Abstract Truths: An Evolving Jazz Compendium, AD Picture Show, The Aquarium Drunkard Guide to ECM, Videodrome, and Lagniappe Sessions. Through the years, they’ve also expanded to launch a label, live shows, weekly Transmissions podcast, Sirius XM show and, most recently, a 4-hour monthly block on dublab titled Radio Free.

To celebrate Aquarium Drunkard’s 15th anniversary, we spoke with founder Justin Gage about the early days of AD, his home listening setup, digging during the pandemic and some exciting upcoming projects.

In Sheep’s Clothing: I love the AD slogan “only the good shit” It perfectly fits the vibe and says it all in just a few words. Where did that originally come from?

Justin Gage: Cheeky, but true! (laughs) A couple of years into AD, I would regularly be asked to define what kind of music the site covered … to which I would reply ‘only the good shit’. Remains true 15 years later.

AD started out back in 2005. Can you talk a bit about the early days of AD? For some of our younger viewers, what was sharing music like back then?

It was super loose, much like it is today, but for the first several years it was just myself with occasional guest contributors. The nuts and bolts of the backend were a lot more duct-taped together, as the tech just wasn’t where it is today. And costly. Hosting music (pre-streaming) could be a challenge, both logistically and financially.

The main thing I miss from those early days is the community aspect that existed on the page proper prior to the rise of social media. While we didn’t have a message board, the comments section of every piece acted as such, with heads offering up all manner of insights, recommendations, challenges to existing dogma, etc. It reminded me of working in a record store in Athens, GA, back in college, hanging with the other clerks and regulars. Once Twitter, Facebook and Insta took hold, most of those discussions soon dissipated to those various platforms.

What do you think about the role of the music blogs and curators in the algorithmic age? ISC definitely comes from a similarly inspired place but would love to hear your take on it.

As a reader, I miss the era from, say, 10 or so years ago when there were all manner of folks setting up these little digital outposts just covering whatever was inspiring them. It was akin to zine culture. There just aren’t that many left. An algorithm can only take one so far. Yes, you may discover a track you like, but it’s devoid of context. No matter the field, curation is important. It separates the wheat from the chaff, and provides an entry point. Immeasurable.

Obviously AD has changed quite a lot through the years. What have been some of the big changes and where do you see the platform going in the future?

I’m most proud of our small stable of writers. The depth and breadth of what each brings to the table, consistently, makes AD what it is. As the platform has grown and morphed, we’ve been able to dig into deeper pieces, host wide-ranging conversations with the artists that inspire us, highlight under-recognized talent, and generally stay away from whatever is trending or fashionable, covering what we are genuinely interested in at the moment. A difficult feat to pull off in 2021.

I’ve heard a lot about the AD live events from back in the day. Any highlights or stories to tell?

So many special ones… We’ve done shows around the globe, in clubs, theaters, in the woods and beyond. I’m looking forward to the world opening back up so we can get back to it. I co-own a club in east Hollywood called Gold Diggers; we have an AD livestream with our guy Steve Gunn next week that is about the closest approximation of the real thing as there is right now.

AD has always been a huge supporter of new music and even helped bands get their first deals. Who are some new artists you’re hyped on?

On a similar tip, what are some of your go-to ways of discovering music, both new and old?

Prior to this pandemic, I would regularly dig at shops, which cannot be replicated, though Discogs has been an appreciated stand-in. Per new music, we regularly tout the merits of Bandcamp. It feels like one of the more organic ways for artists to get their music out there, and fans to discover and engage with it. I’m also on a group text with a bunch of record hound pals, which has made the ease of the Discogs app kinda dangerous.

AD now has a close partnership with Gold Diggers. Is live music something you guys are focusing on again now that it seems like the world may be opening back up?

We invested heavily in our livestream game at the beginning of the pandemic. We essentially transformed the club into a hi-fi soundstage. We’ve been doing virtual shows throughout this thing, and plan on incorporating that angle into our platform as soon as live shows can safely happen again. Watch one of our recent live streams here.

I’ve really loved the mixtapes that pop on AD. They all seem to have a very distinct personality to them. Can you share some favorites for our listeners to dive into?

AD is about celebrating the creator, whether that is a musician, a filmmaker, a visual artist or, in the case of the mixtapes, a record collector or DJ. I very much identify with the latter, and made it a point early on to champion these voices and their ears. While jazz seems to have made a surprising comeback over the past 5 or so years, I really enjoyed the series (AD compatriot) Zach Cowie and I spearheaded called Abstract Truths: An Evolving Jazz Compendium. We read via a 2014 Neilson report that jazz and classical represent just 1.4% of total U.S. music consumption. That disturbed us. And so the series began.

AD Radio Free Dublab launched a few months ago. What’s the concept here? How does it differ from your Sirius XM show?

Radio Free Aquarium Drunkard was a 24/7 online streaming radio station that kicked off at the beginning of the quarantine last March. It ran for two months, with an audience of 151k listeners from around the globe. It’s now a monthly 4-hour program on Dublab, hosted by Jason Woodbury and Tyler Wilcox along with guests. I wanted there to be an outlet for the AD crew to flex on-air, and this is that. I’ll cameo occasionally, but do my main radio thing via my weekly SIRIUS XM show, which just had its 14th birthday floating in the ether.

For our hi-fi crowd, what is your home listening setup?

I love that AD has remained an independent platform after all these years. What are some ways for fans to support?

AD started in 2005. For the first 14 years, we never had a pledge drive, donate button, etc. In 2018, we launched our Patreon page with a few different tiers for fans to help support the growth of the site.The first tier provides exclusive sounds from AD, the next comes with our forthcoming magazine, and the third tier comes with soft goods, records we release, and other exclusives. It’s been a great experience, and patrons definitely appreciate tangible goods, especially the type of person that is into record collecting.

Lastly, let's talk about the Aquarium Drunkard record label. What have you guys put out recently and what’s coming up next?

Last year, we released the Lagniappe Sessions Vol. 2 and The End Is At Hand: Jesus People Music Vol.1. In 2021 we’ll be releasing Jesus People Vol. 2 along with two Brazilian compilations.

Listen to a roots & dub playlist that Justin made to accompany this feature below and be sure to visit Aquarium Drunkard for all sorts of musical inspiration. 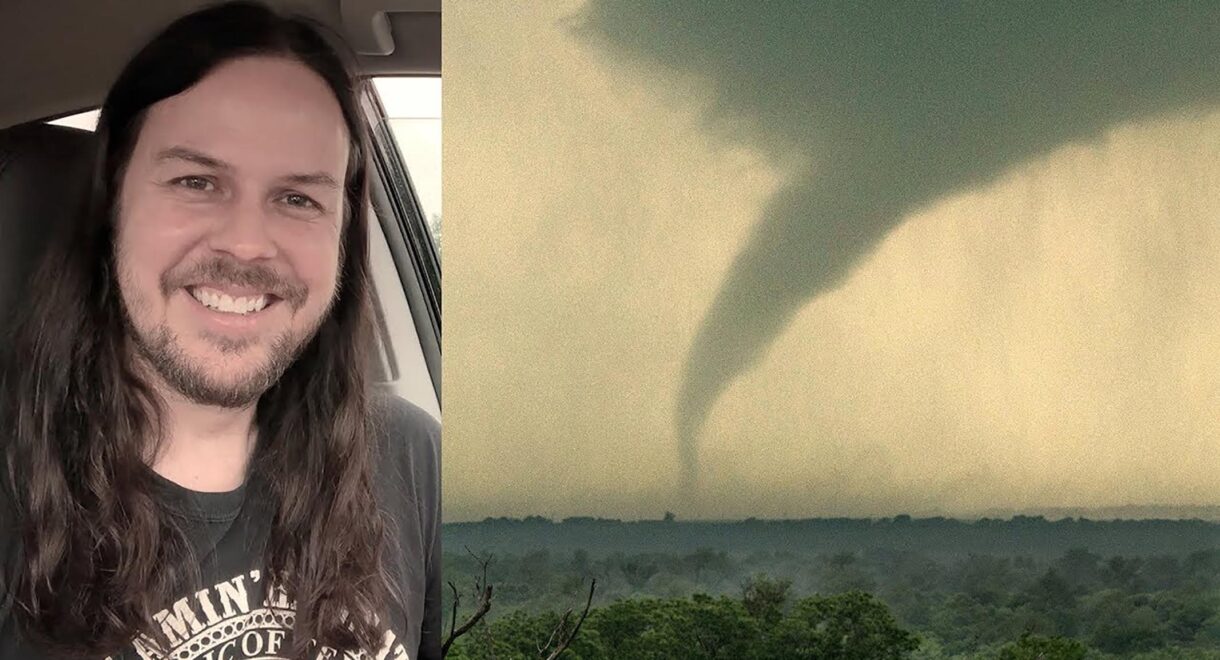