In light of her recent passing, here is a short musical introduction to the funk pioneer, fashion icon, and bonafide Nasty Gal.

Wholly unique, a force to be reckoned with, and criminally underrated in the public eye: We still feel that Betty Davis, who died in February, hasn’t received the recognition she truly deserves. Often recalled in the music world as the “Godmother,” or the “Queen of Funk,” the public perception is that she’s a niche funk vocalist perhaps better known as Miles Davis’ ex-wife – if they know her name at all. Betty, however, was a bonafide songwriter and producer in her own right, a trailblazing artistic and sexual liberator who paved the way for generations of acts to follow. From Prince to Beyonce, “influence” is an understatement; without Davis, who knows how shallow the field of R&B, raw funky soul, and even modern hip-hop would be?

Although her output at the time was sparse – three albums that saw little-to-no commercial success – her tiny body of work was leagues ahead of its time and made massively advanced statements in funk futurism. By seamlessly connecting raw blues vocals with deep funk rhythms, she spawned a sound that didn’t find any real company until years later.

Under her maiden name Betty Mabry, she first began making music in 1964 with “Get Ready for Betty.” A professional model who soon became an influential figure in the New York cultural scene in the late 60s, she met Miles Davis in 1968 and was featured on the cover of his Filles de Kilimanjaro album.

At the time, she was at the heart of the arts and music scene: Betty introduced Sly Stone and Jimi Hendrix (whom Betty briefly dated) to Miles, and convinced Miles to ditch his tailored suits for flashier, more stylish stagewear. Even though Betty and Miles were only married for a year, she nudged the trumpeter’s direction toward jazz fusion and psychedelia, beginning with In A Silent Way, and more notably, with the 1970 classic Bitches Brew.

Around this time, Betty began recording her debut self-titled album with Miles’ band and Sly Stone Stone’s Greg Errico producing. It was shelved at the time but finally saw a small release in 1973 on Just Sunshine Records. 1974’s They Say I’m Different and 1975’s Nasty Gal quickly followed. It was only three years of output, but she captured a powerful, genre-defying sound. By then long divorced from Miles, her albums hardly charted and the promise of a successful musical career seemed uncertain. She moved to Japan and spent a year in a monastery. Soon after, she left the music industry for good and went forty years without composing a single note.

In the interim, Davis found a cult following, with her music being cited as a key inspiration by many contemporary pop artists. Jamila Woods mentioned her as “a powerful balance between feminine/masculine energy; I remember instantly being struck by the sonic quality of her voice; it’s like she makes me want to listen to what she’s saying. And I don’t think I understood the power of just that for a long time. She really helped me internalize that.” The poet Saul Williams described Davis as “the burning secret of Black womanhood and sensuality as expressed through song.”

As the decades have passed, Davis’ music has been increasingly recognized by the mainstream. You can trace it back through the Outkast, Erykah Badu, Prince and all the way to her debut 1964 single; the influence – that unfiltered, incandescent, and innovative Nasty Gal energy – is easy to find.

If you missed it, here’s a 2017 documentary about the late icon:

And below, a few of our favorite iconic tracks. 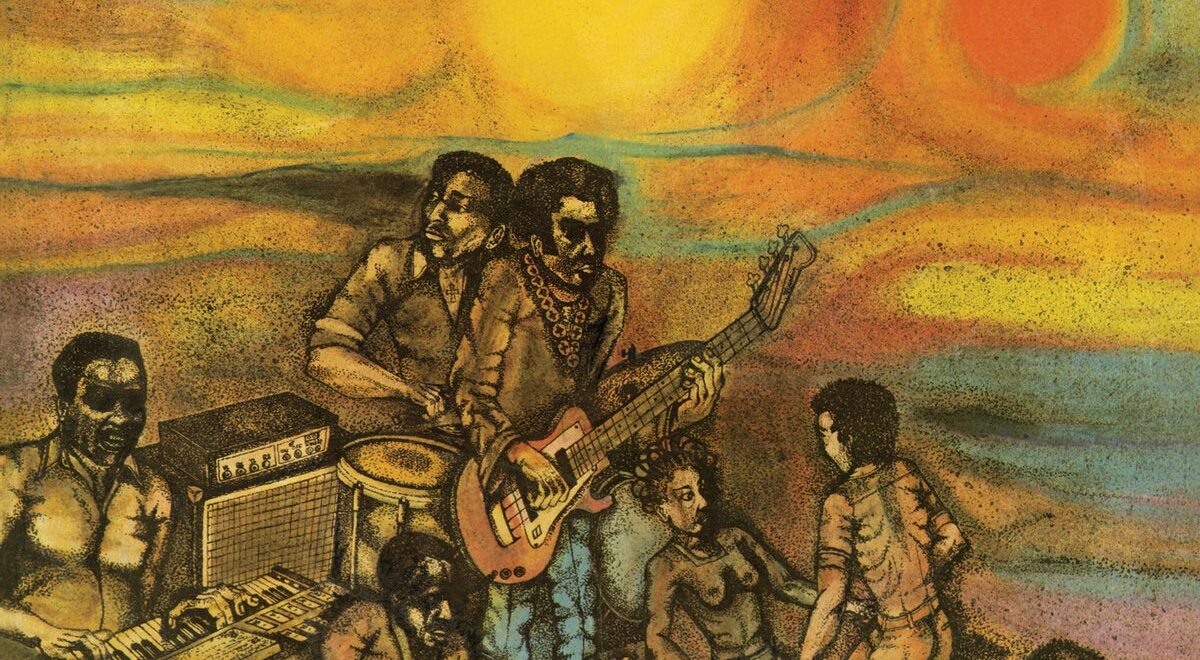 One Night in Pelican: The sounds of Soweto’s first club

A new collection by U.K. label Matsuli Music explores the jazz-funk sounds of Club Pelican, a renegade spot in South Africa during the height of Apartheid. The liner […]