The musical world of psychedelia in Brazil is so profound and prolific it often drowns out contributions from the rest of the continent. We highlight some of those less explored sounds.

Music has a way of sneaking into worlds undetected. Instruments, rhythms and melodies easily float through man-made borders, and the political themes that sounds carry have a beautifully insidious way of resonating with people in the most unexpected places. This was definitely the case when the psychedelic drones and words of revolution met the ears of the angsty youth culture globally in the 1960s and ‘70’s, where it was immediately fused with local sounds.

In South America in the late ‘60s, the Brazilian “tropicalia” movement spurred some of the most striking reactions to the kaleidoscope of psychedelia. It was clear-headed in its criticism of a corrupt and outdated government, mirroring what was happening globally at the time. It wasn’t about only music, but visual art, philosophy, literature and myriad other creative pursuits — all of which combined to act as a single organism. Best: the movement did affect change. The Brazilian government felt threatened enough to order violent crackdowns and the arrests of key players in the movement, most notably Caetano Veloso and Gilberto Gil.

The whole South American continent experienced this zeitgeist, not just Brazil. Below, a deeper look into what was happening in surrounding countries including additional selections by Jocelyn Romo.

Venezuela is home to Daniel Grau Sosa, the father of jazznova, and his compositions combining jazz and bossa nova embody a sound that was seldom derivative and uniformly fresh and honest. Sadly, Sosa passed away in January at 72, but up until his death he was producing tracks that maintained the spirit of his earlier work. There are plenty of other artists worth highlighting in the country, and the tracks from Los Dart and Tulio Enrique León Ordoñez are also good starting points to Venezuelan psychedelia.

As with the case with the entirety of the Americas, enslaved people from Africa brought with them musical traditions from across the continent. These sounds made their way into the majority of Colombian popular music by the 1950’s. Cumbia, currulao and salsa were popular genres at the time, and when new trippy ideas seeped into the country, musicians were quick to bring them into the music.

Peru had one of the most striking psychedelic movements, where it made its way into its native chica and cumbia. In many of the northern countries, psychedelia was often employed as a novelty; the spirit of the movement was embraced more holistically in Peru.

The beloved wood flutes from the highlands of the Andes embedded themselves into the below  selections. The guitar was carried over by Spanish colonists and was adopted by most Latin American music traditions. The guitar is also an integral part of modern folkloric groups in Bolivia, so expect to hear a familiar trilling. These selections resemble what the popular music at the time was, but you can hear that the composers in these two cases deconstructed traditional playing techniques and built something completely new.

Uruguay during the psychedelic era also tapped into something very honest and vulnerable. The country’s capital of Montevideo faces the southern Atlantic and was the center of the movement there. Folk, Funk, Prog and a Uruguayan take on bossa nova all flourished in this small but creatively dense country.

On the other side of the mouth of Rio De La Plata, just across from Monteverde, is Buenos Aires. Even though the economy during the 1960s was weakened due to political turmoil — between 1930 and 1983, Argentinian presidential terms averaged a mere two years, so politics was an intense part of daily life — a thriving recording and music scene generated some great music.

Chili is located on a narrow strip of land that follows the southeastern coast of the continent. After the success of Woodstock in America, promoters in Chile started their own hippie festival called Piedra Roja, which translates to “Red Rock.” The festival acted as a creative incubator for the movement which, in turn, helped strengthen the music’s cultural impact as it made its way into the mainstream

Guyana and Suriname are two small countries that hug the northern coast of the continent. There is a strong African identity that permeates much of their cultures from before the countries freed themselves from colonial rule. When, in 1883, slavery was abolished there, both governments cunningly switched to using “indentured” laborers from India. Eventually the Indo-Guynese would make up the majority of the population in the region. The Indo-Surinamese were the largest ethnic group by the time Guyana gained independence in 1975. This, of course, affected the music coming out of the country — which might surprise many who were unaware of this history. 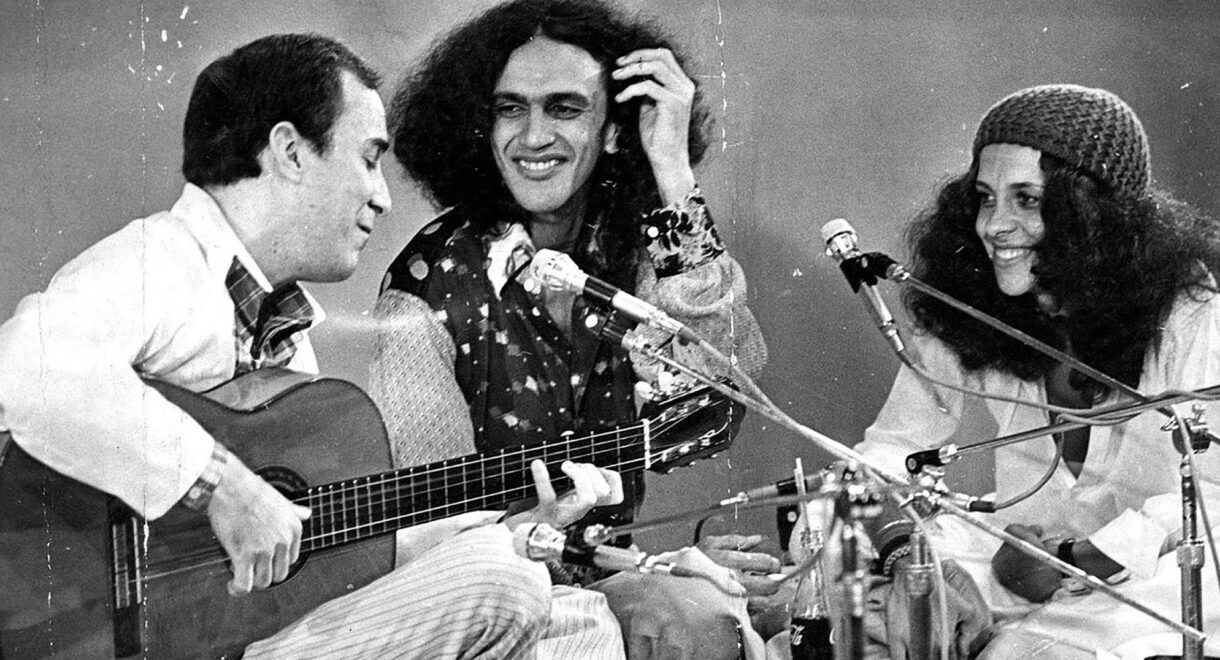 The brilliant Brazilian singer, songwriter and political activist Caetano Veloso will turn 80 in August, and given his stature, influence and shimmering output over the past 60-plus years, […]