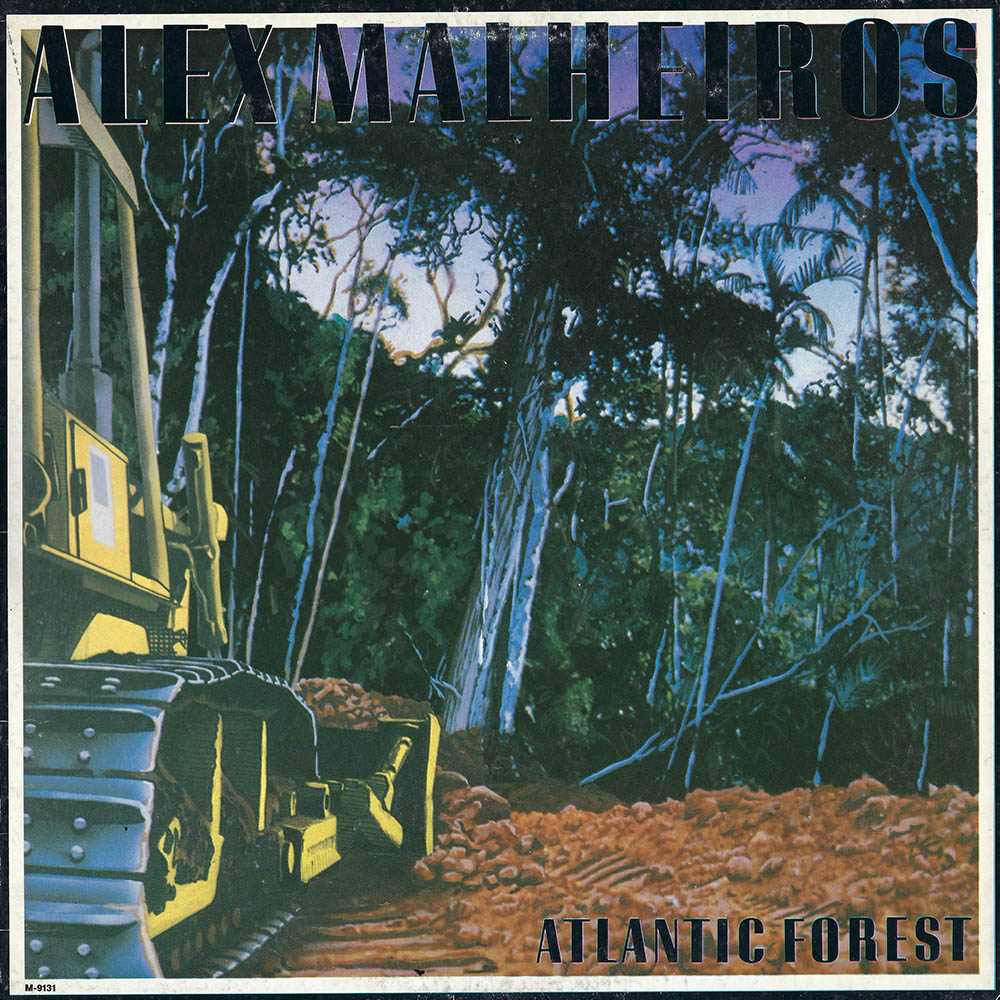 Alex Malheiros is well known globally as a founding member of influential jazz fusion group Azymuth. After amassing a following in Brazil in the early 80’s, the group left for the United States to further explore their unique mix of samba, funk, and jazz which they thought of as “MPB jazz” (MPB for Popular Brazilian Music). Atlantic Forest was bassist Alex Malheiros’ first solo outing and although it doesn’t stray too far from the Azymuth sound, it does succeed in delivering some perfect mellow grooves.

A2 Mata Atlântica is a refreshing incantation of coastal tropics with shimmering chimes and repetitive trance-like rhythms held together by Malheiros on the bass. He abandons language for his vocals in favor of scat singing which gives the song a polyrhythmic quality that’s light and mysterious. The dancefloor-friendly A3 Papaia is another favorite on the album with its poppy disco groove that reminds us a lot of one of Malheiros’ closest friends and legend in his own right, Marcos Valle. Azymuth was actually Valle’s backing band on his 1973 record Previsão do Tempo, so the similarity in sound is not a coincidence and is entirely delightful.

A1 Quatro Azes E Um Coringa
A2 Mata Atlântica
A3 Papaia
A4 Passe De Magica
B1 Viajando No Seu Corpo
B2 Bossanovamente!
B3 Os Girassóis Do Oriente
B4 Ensaio Geral 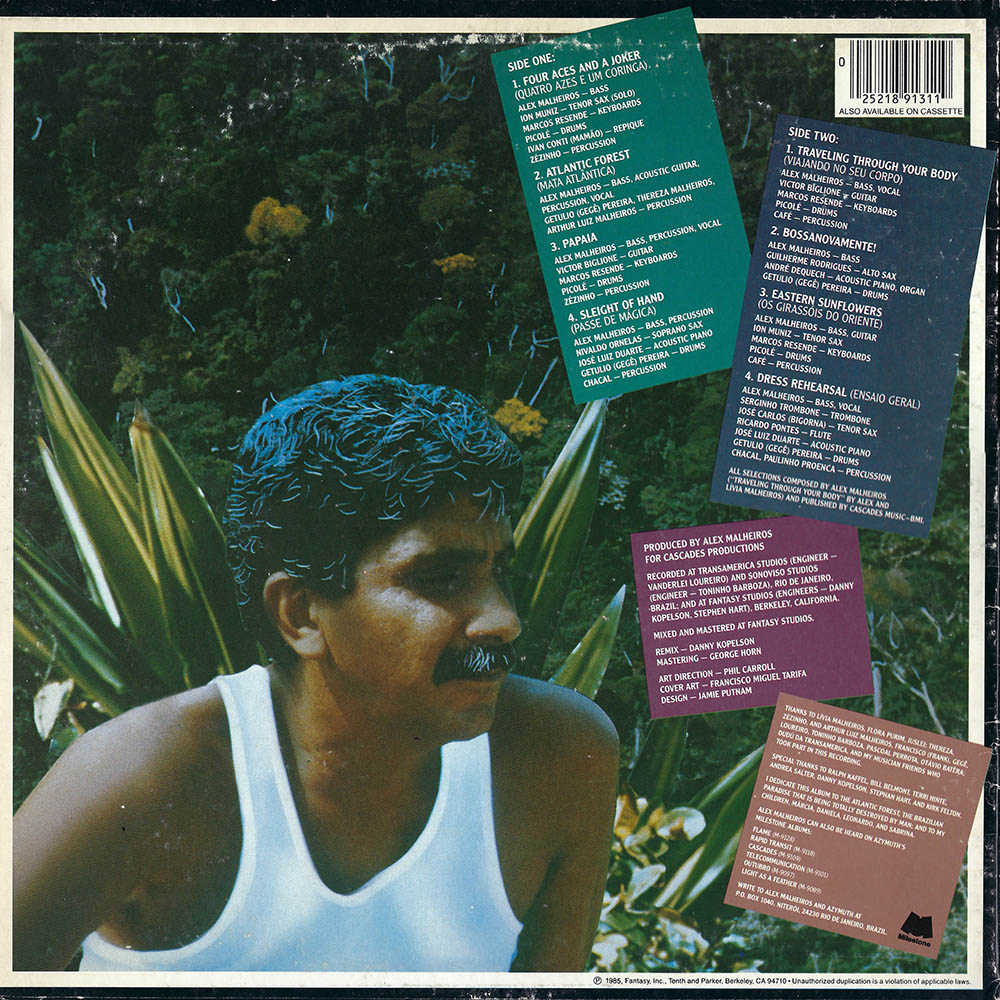 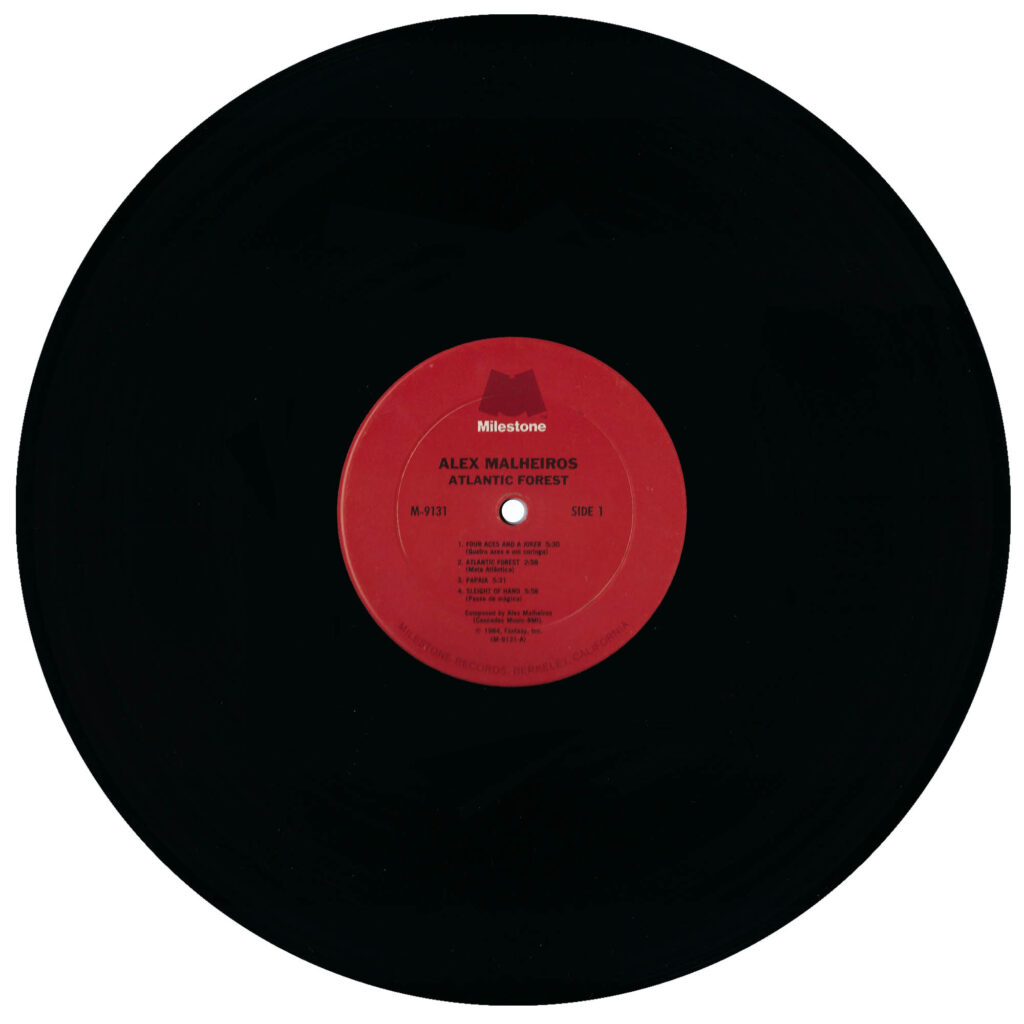 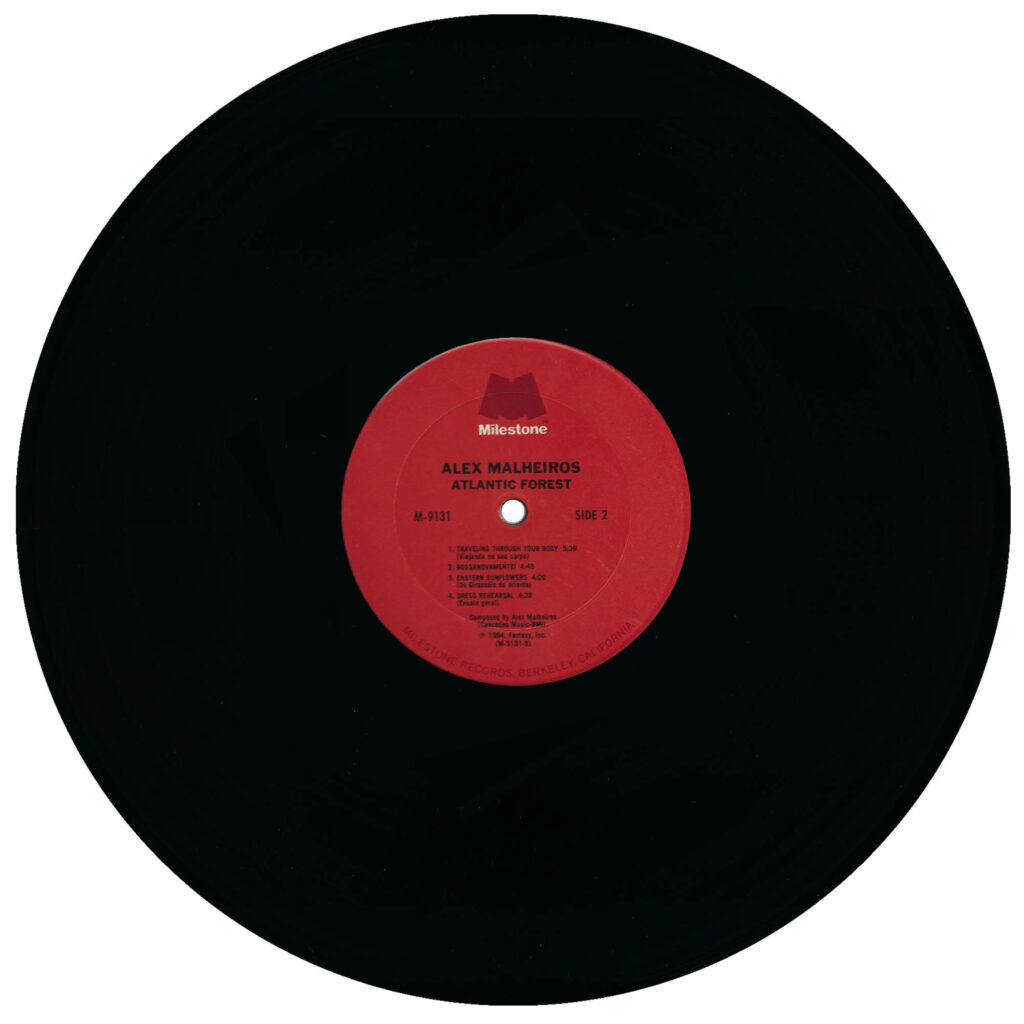