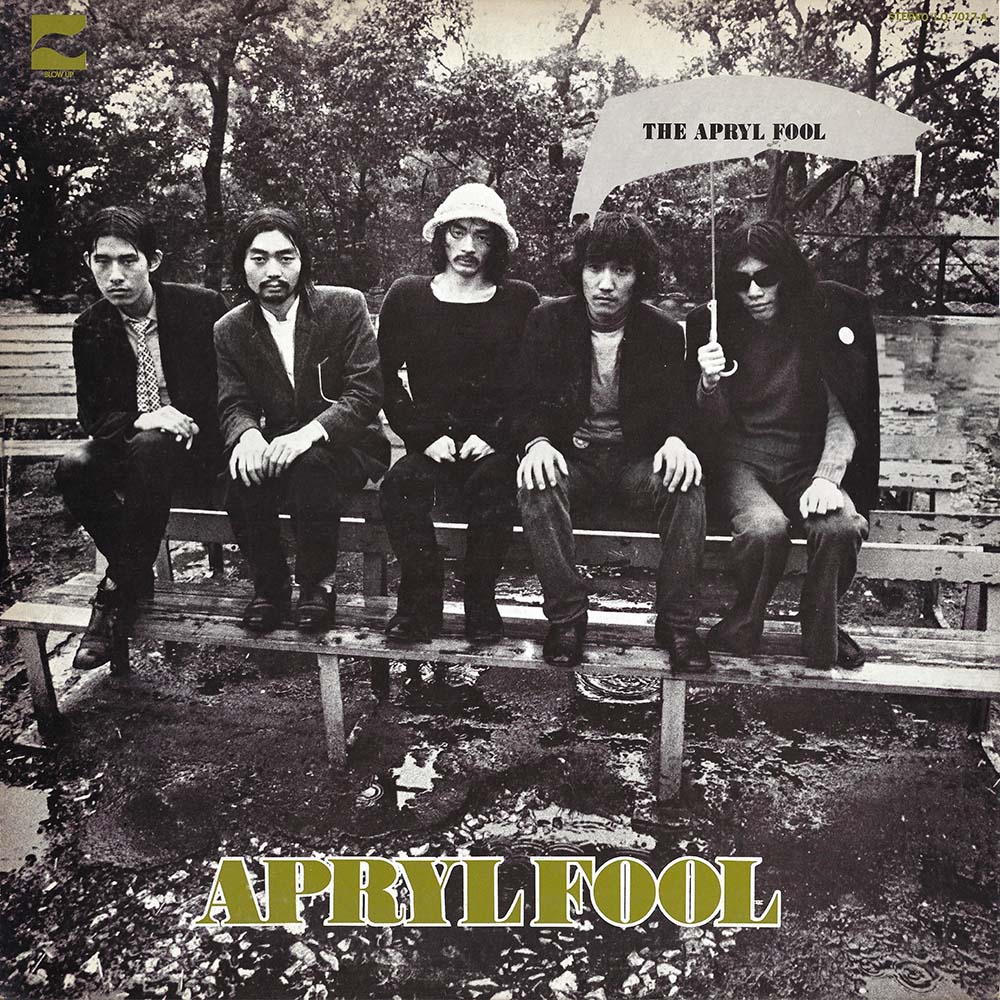 The album that started it all for the great Haruomi Hosono, Apryl Fool’s self-titled debut is an extraordinary and influential album from the late 60’s “Group Sounds” era of Japanese rock. “GS” groups fused Japanese traditional pop music with Western rock and were heavily influenced by bands like The Beatles, Rolling Stones, and Yardbirds. Apryl Fool were among the first groups during this time to deviate from the typical “GS” sound, offering a heavier blues rock that skewed towards the psychedelic. Though the album was a complete disaster commercially, it remains an important work as it laid the foundation for later blues & psych rock groups like Shinki & Friends, Food Brain, and of course, Happy End. Interestingly, Apryl Fool’s lone album also features another Japanese legend at the early stages of their career, photographer Nobuyoshi Araki, who would release one of the most important Japanese photobooks of the twentieth century just two years after this release.

Recommended – A1 Tomorrow’s Child, B3 Sunday 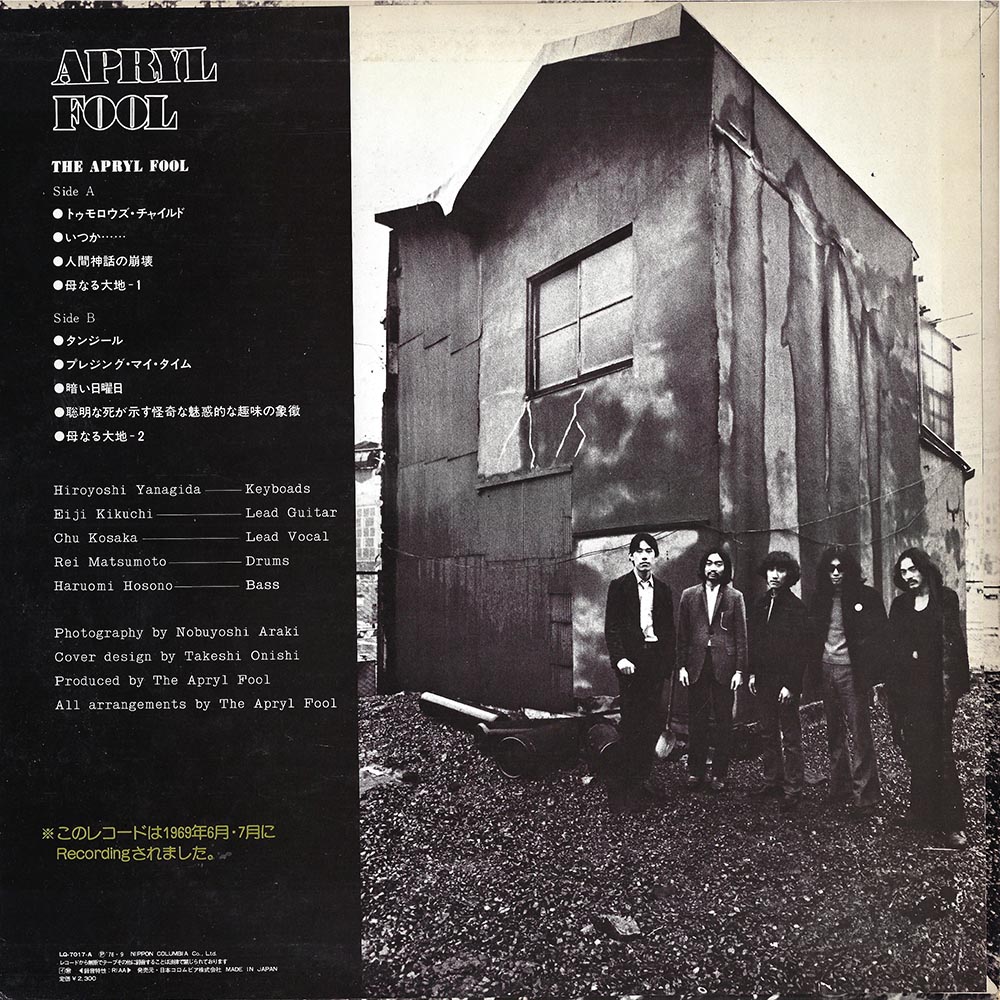 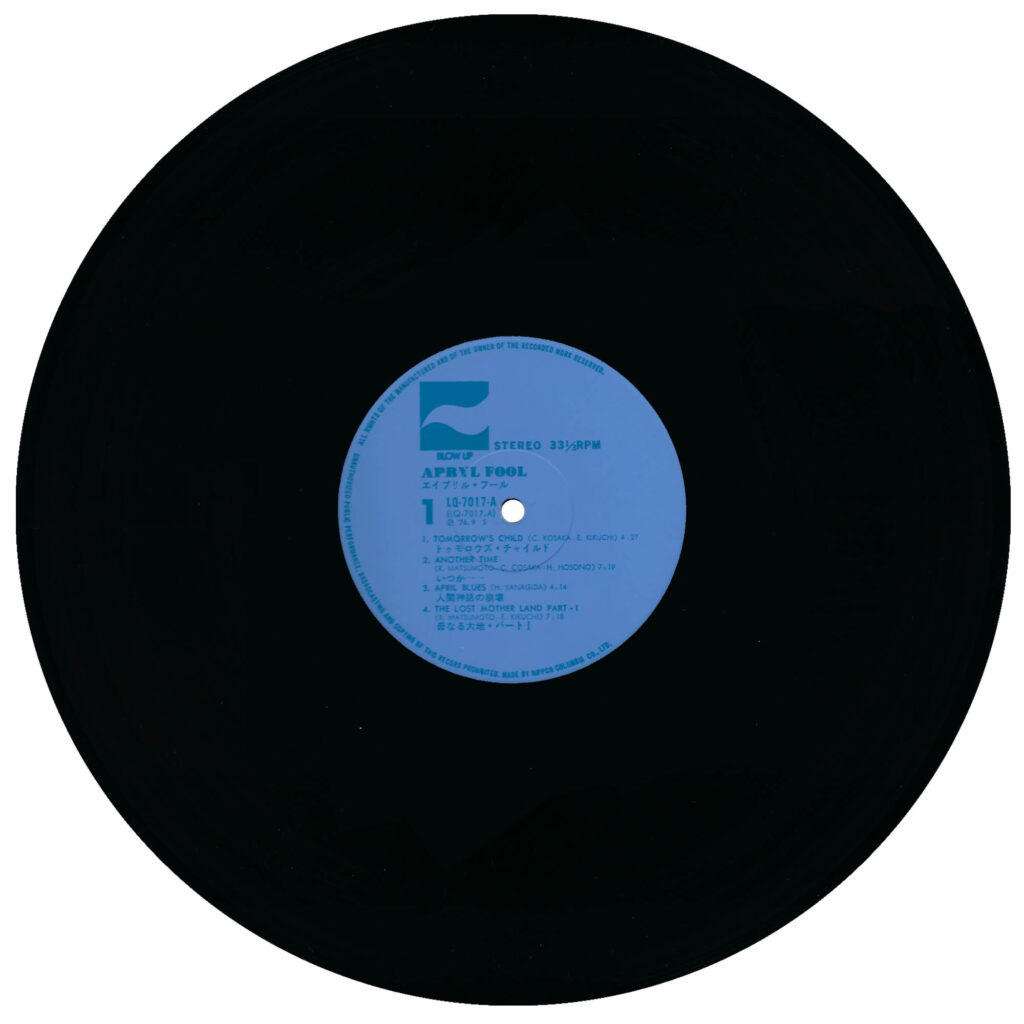 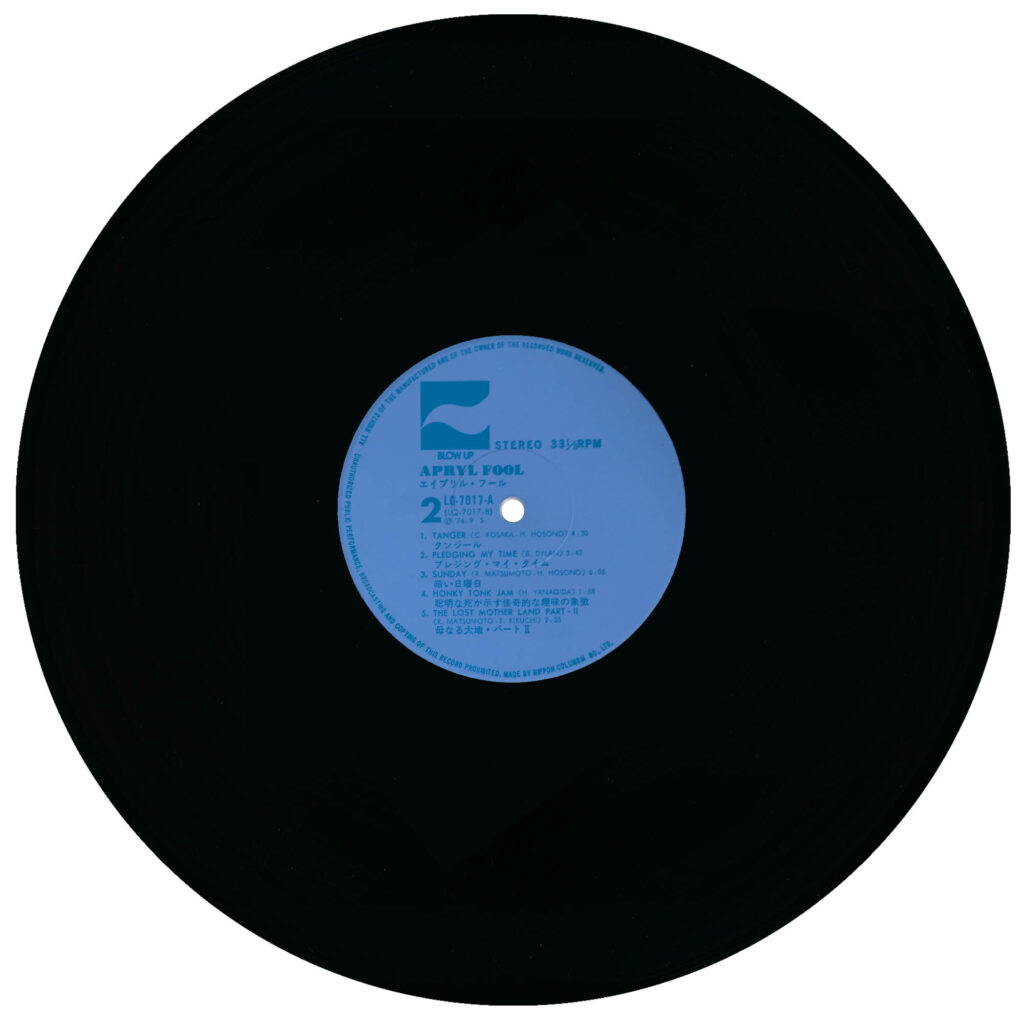