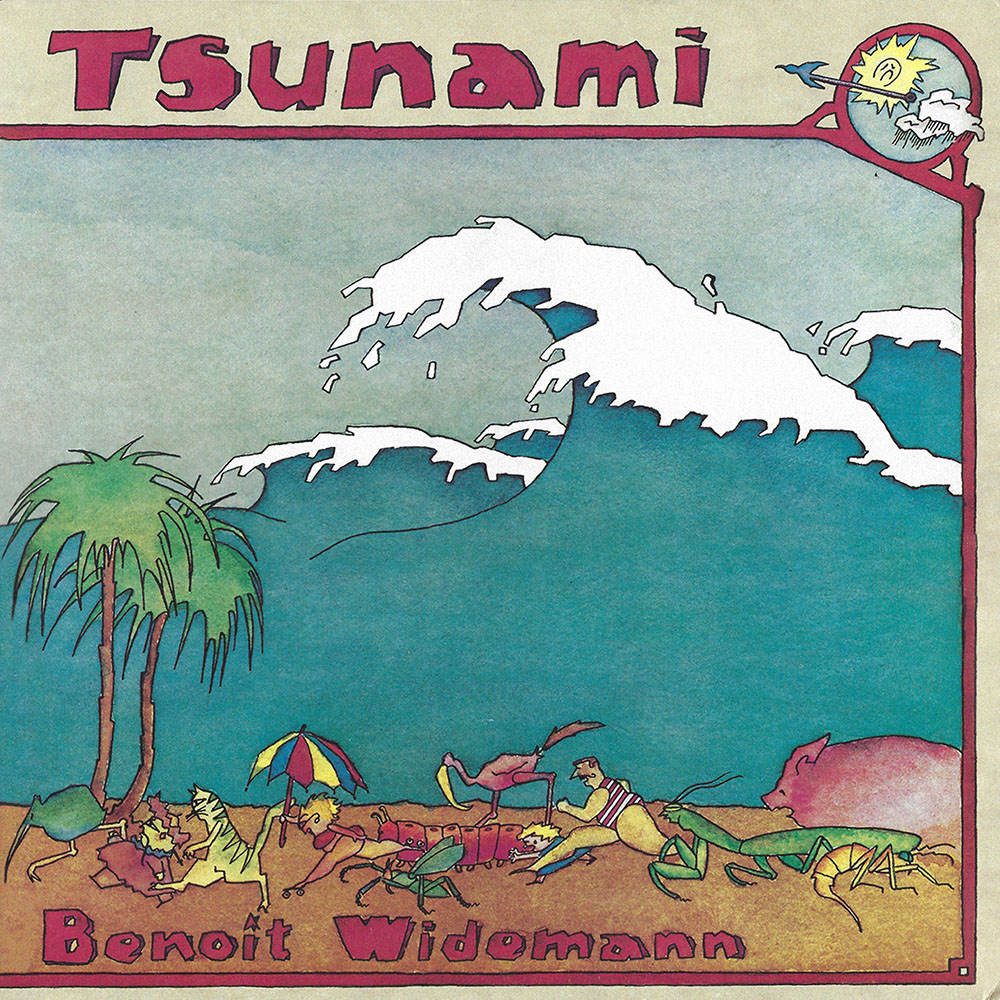 French Composer and piano virtuoso Benoit Widemann began his obsession with harmony as a child and quickly found his place in the 70s prog rock scene in Paris. He’s most well known for his work with Magma, where he was tasked with bringing synths into the band’s signature sound. Tsunami was Widemann’s second solo record, and several Magma musicians joined in along with members of the Dall’anese and Ceccarelli familes; Two well known French families filled with classical and jazz musicians. The first track off the record “Des Iles” is joyous and upbeat. Things stay steady in the rhythm section and the soprano sax played by Gilbert Dall’anese takes center stage next to Widemann’s the Minimoog and fender electric keyboard. A2 “Cecile” turns the mood on a dime with a dark cosmic ease that’s both meditative and ominous. The title track B3 “Tsunami” is the clear standout with a chugging beat that tastefully infuses traditional Japanese harmonies. This record is a ride, and a must listen for fans of French prog, fusion, Weather Report, etc.

Recommended – A2 Cecile, A3 Fifteen for Me!, B3 Tsunami

A1 Des Îles
A2 Cécile
A3 Fifteen For Me
B1 The Proud Mongol
B2 Let’s Go, Kids Of The Drum
B3 Tsunami 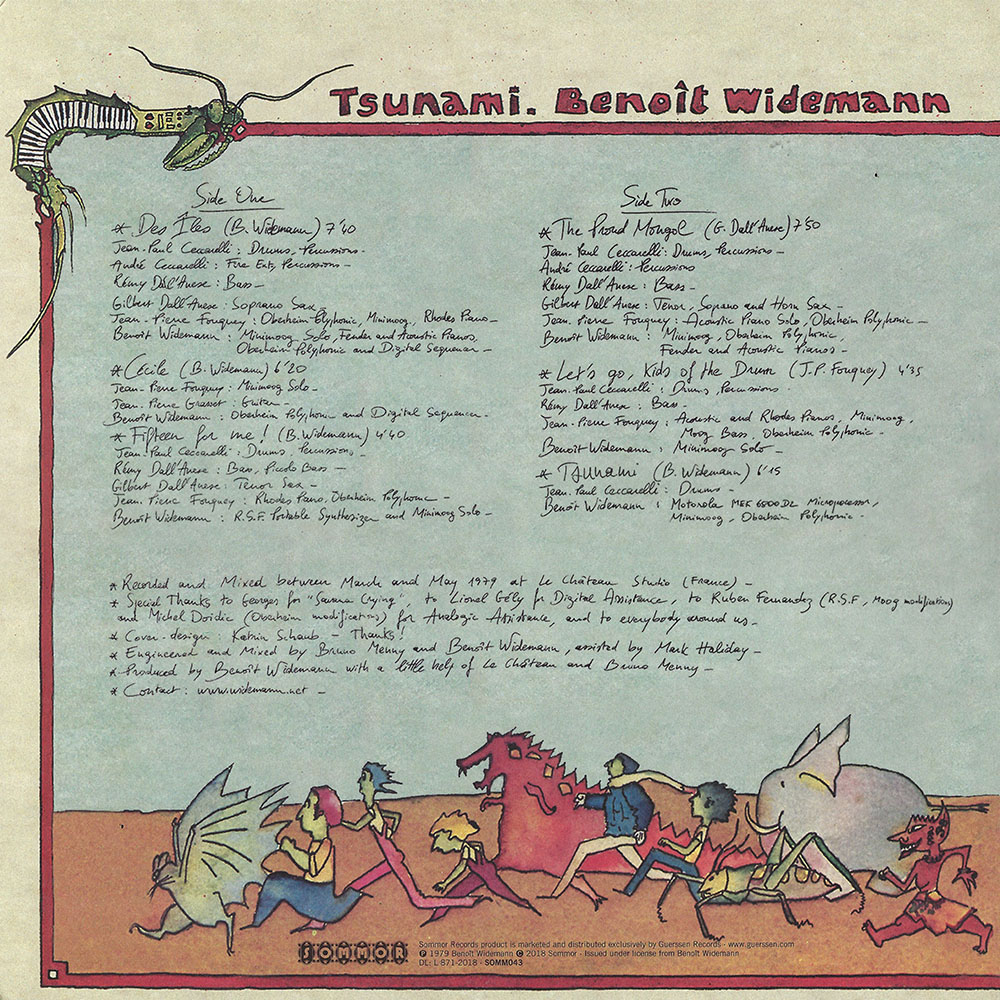 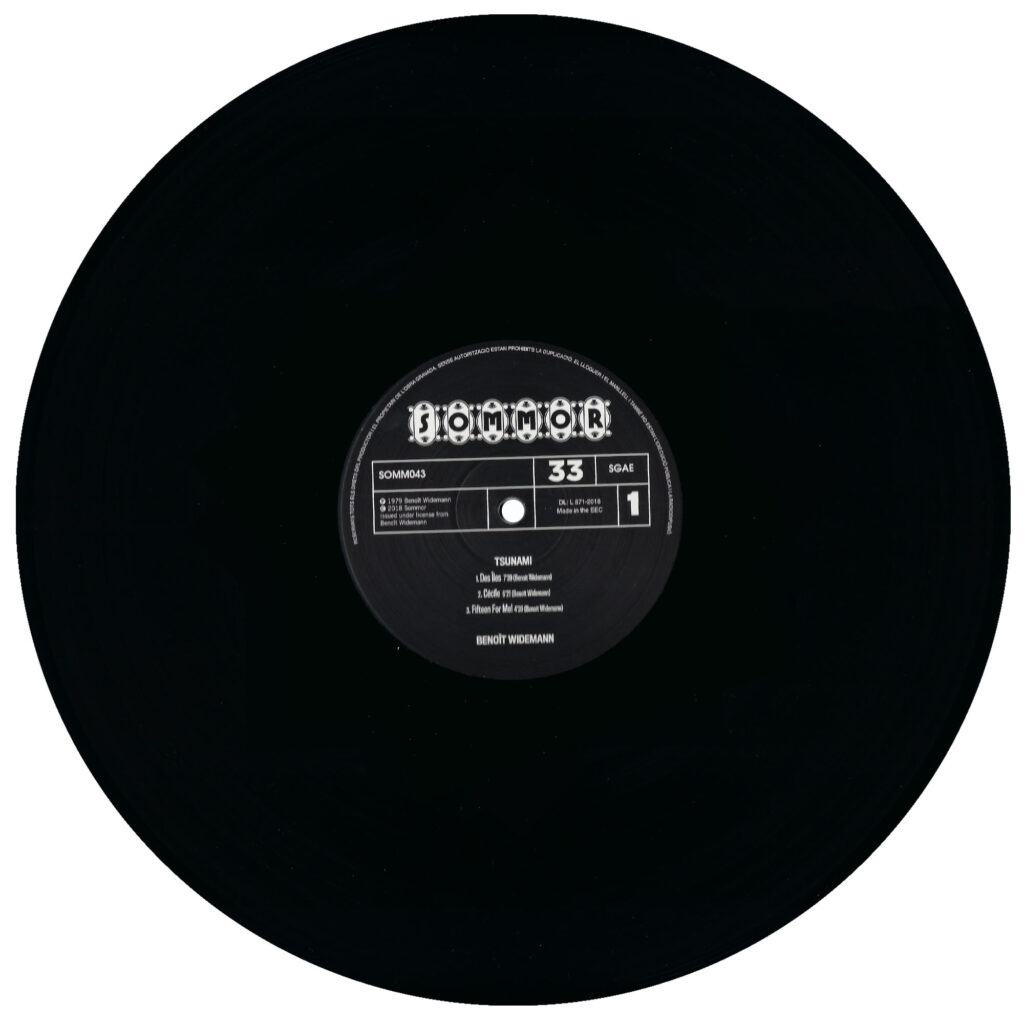 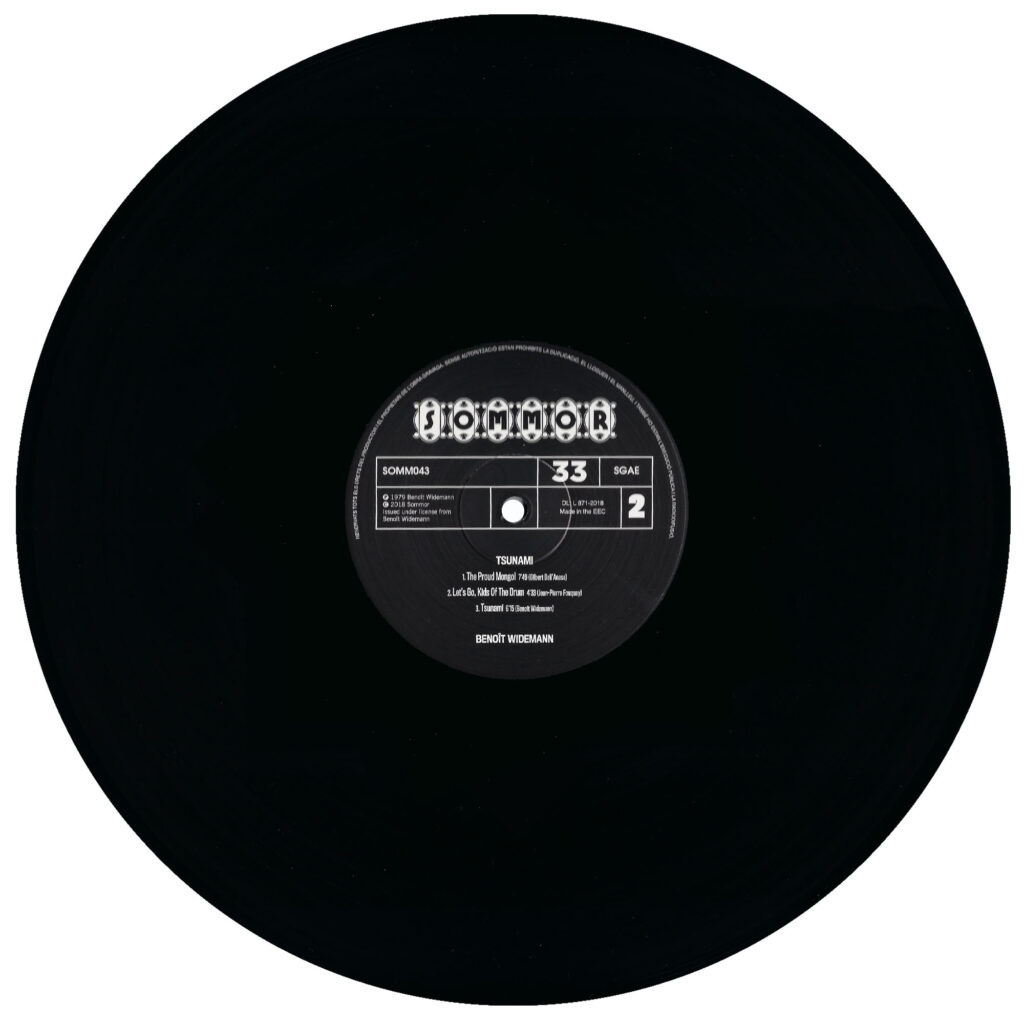