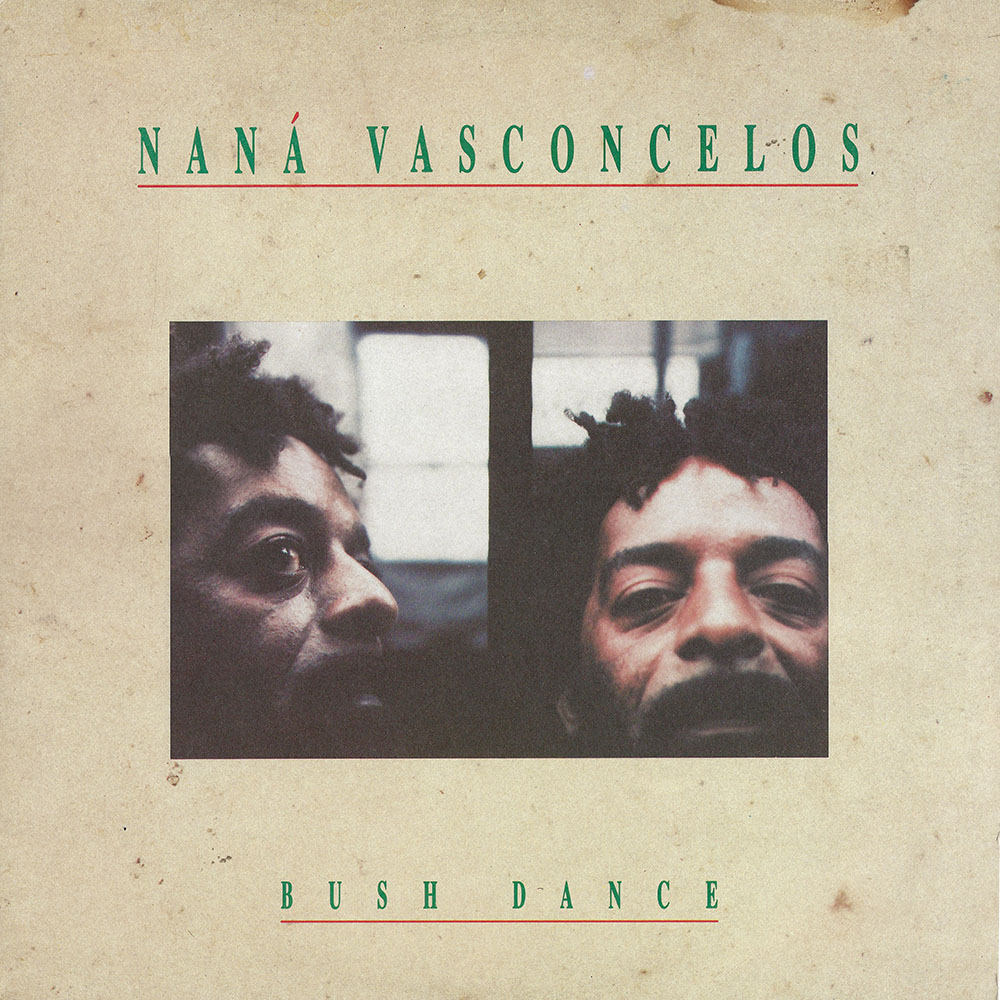 Released on Island Records’ “Antilles New Directions” sublabel, Bush Dance by master Brazilian percussionist Naná Vasconcelos is an upbeat, world fusion record that has made its way onto dancefloors around the world. The album differs from Vasconcelos’ previous works in that it heavily features DMX drum machine grooves and synthesizers. The sounds are wildly contemporary while also maintaining a direct link to musical traditions of the past. A 1987 NY Times review of a live performance of Bush Dance noted: “The music evoked – but didn’t simply imitate – Brazilian carnival marches, Jamaican reggae, African highlife and American funk, and no two pieces developed the same way. Bush Dance would pull together a limber two-chord vamp, take it through rollercoaster dynamics for five or six minutes, then unveil a chromatic tune or move into a new key, as if the rhythm were endlessly fertile.” 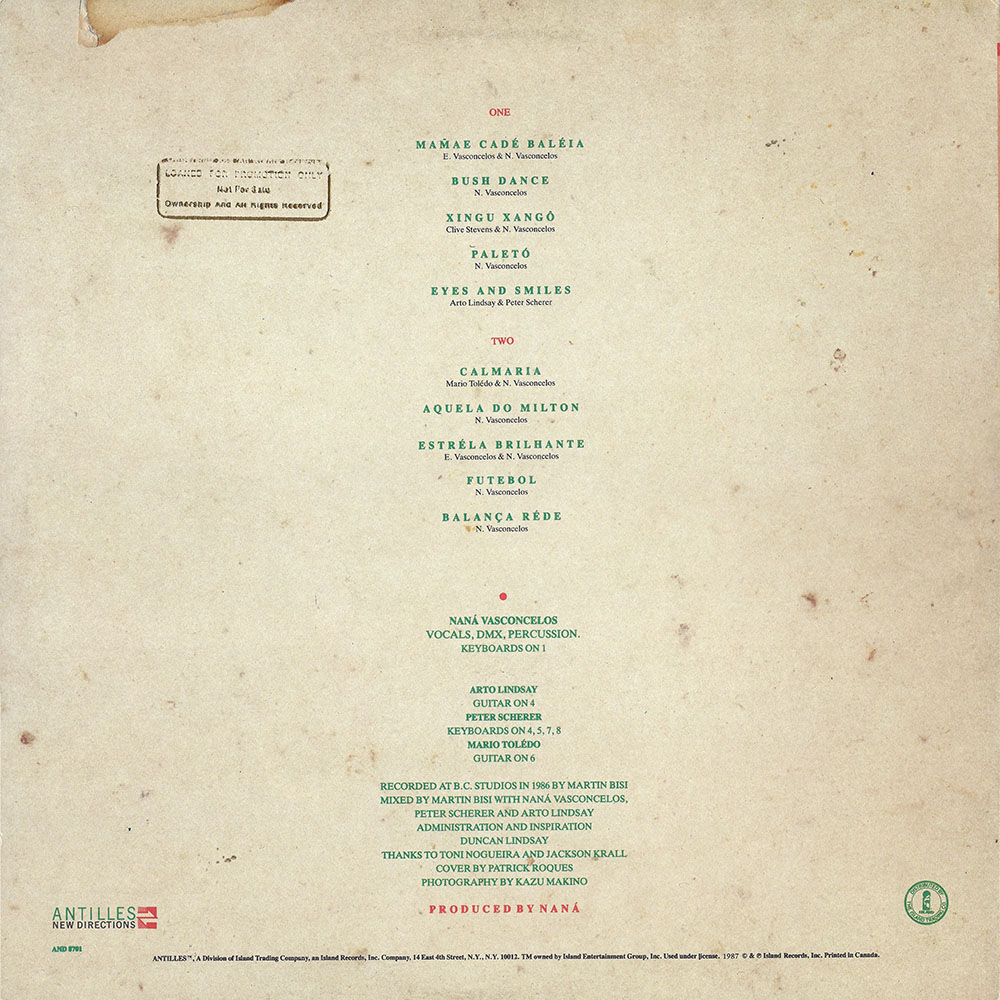 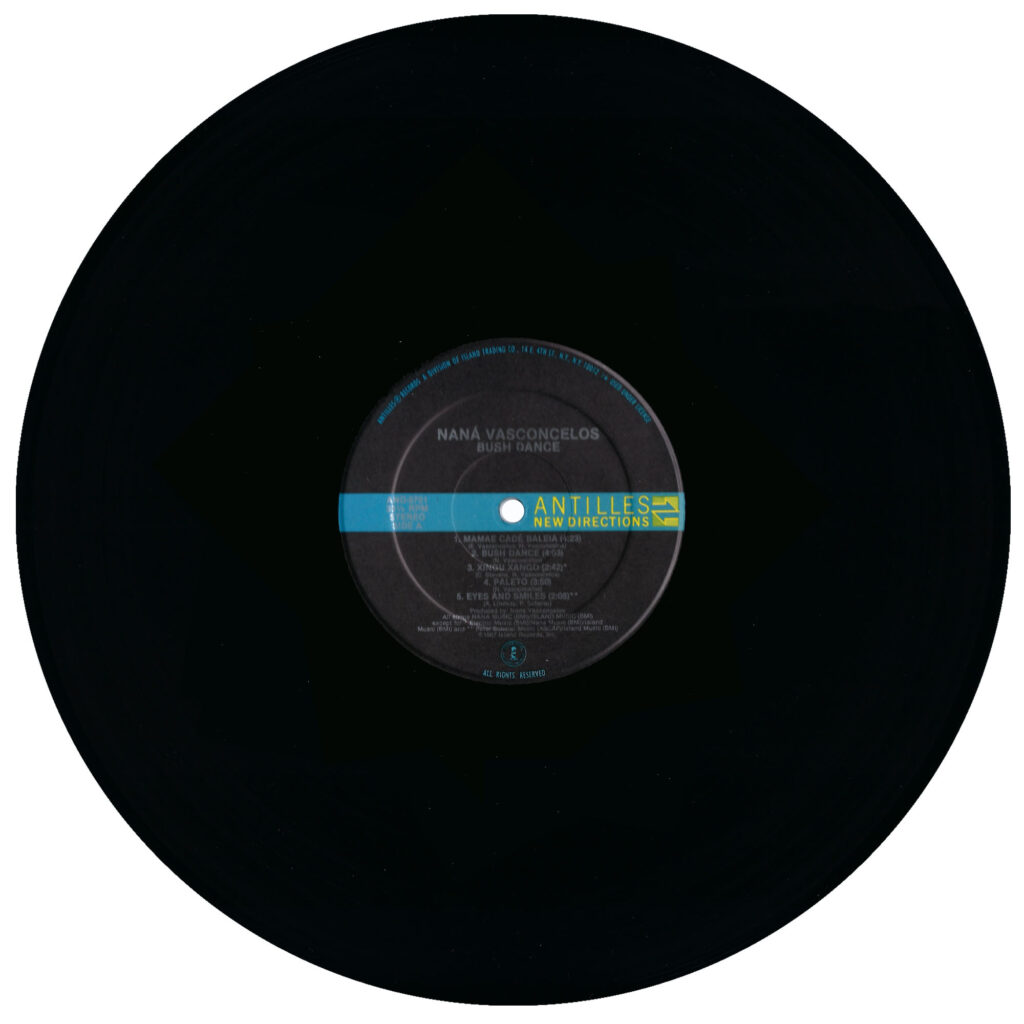 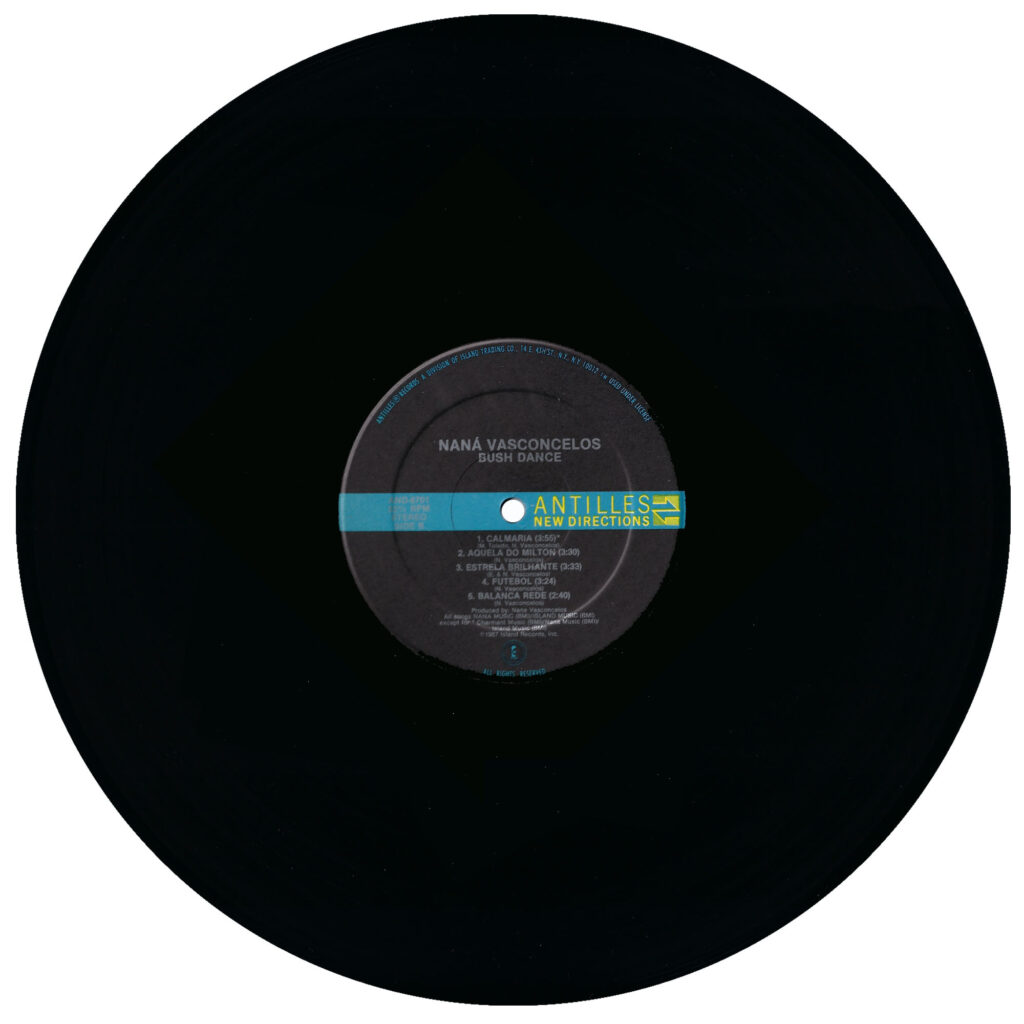