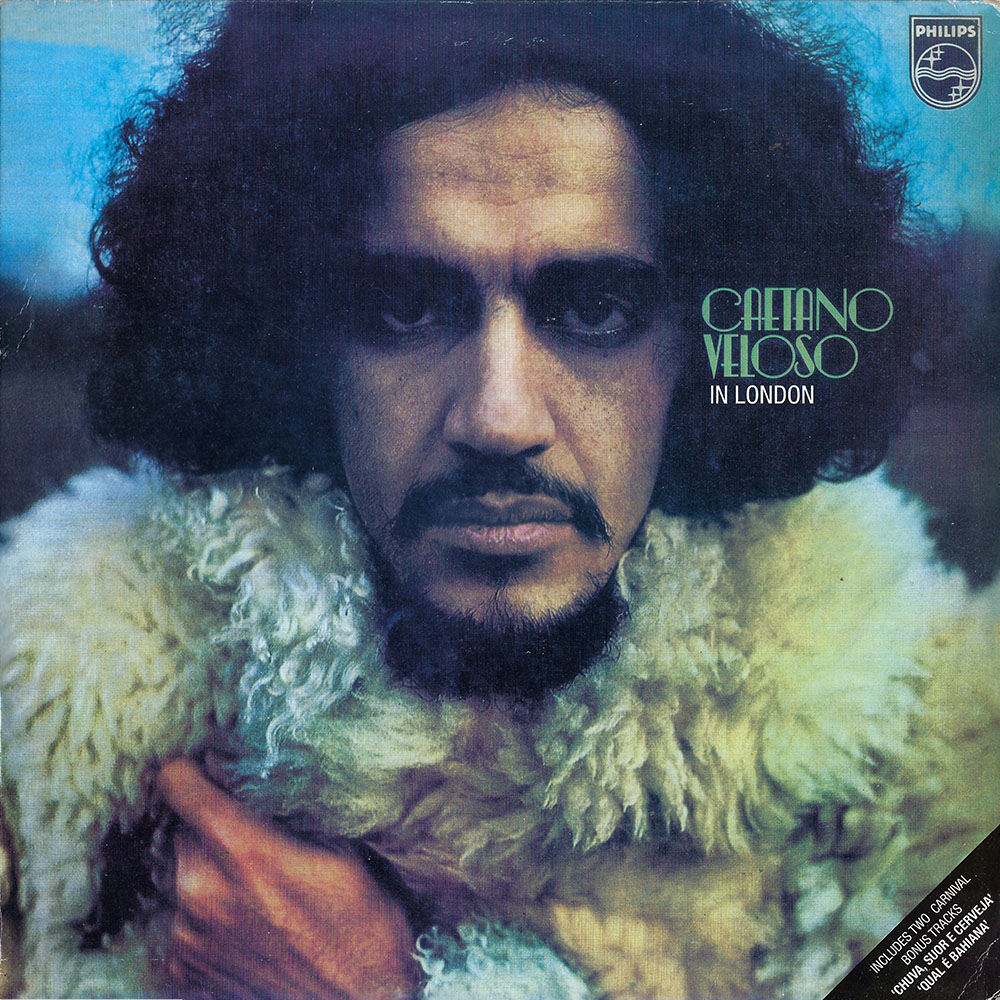 Caetano Veloso is the philosophical lyricist and composer behind many classics of the psych movement in Brazil, but there was an abrupt shift in his story in 1969. His music parodies of the fascist regime in the country angered the government so much that they arrested him with his right hand Gilberto Gil, and exiled them to London. In London was Veloso’s first release after the forced move and the artist’s first album to feature lyrics in English. The opening track “A Little More Blue” speaks to this pivotal period of his life. It’s both sad and full of angst with a hovering sadness that extends throughout the record. “One day I had to leave my country. Calm beach and palm tree… That day I couldn’t even cry had to leave my country.” It’s followed by “London, London” where Caetano is similarly grappling with his fate in a place a far cry from the endless warmth of his home in São Paulo. Prog rock composer Phil Ryan comes in for “Maria Bethânia”, and a motorik beat kicks off this adventurous track that calls out to Veloso’s sister.

A1 A Little More Blue
A2 London, London
A3 Maria Bethânia
B1 If You Hold A Stone
B2 Shoot Me Dead
B3 In The Hot Sun Of A Christmas Day
B4 Asa Branca 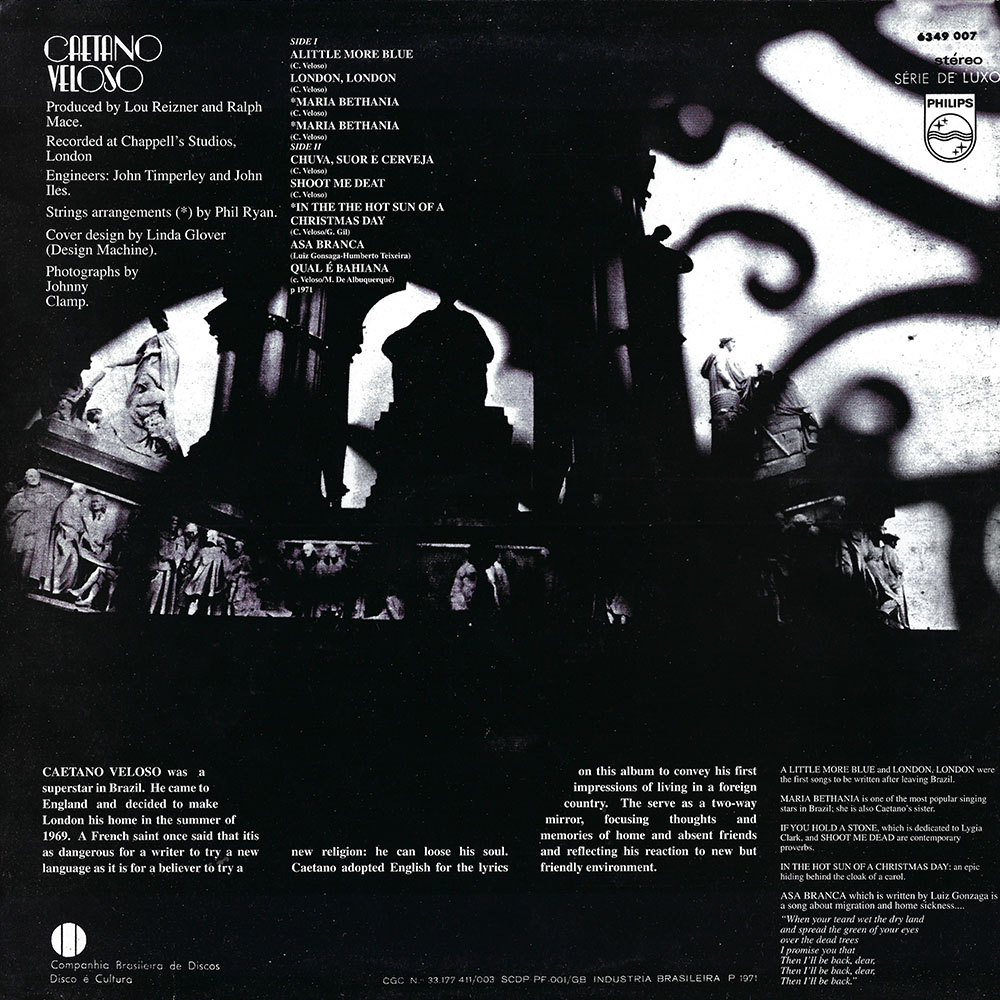 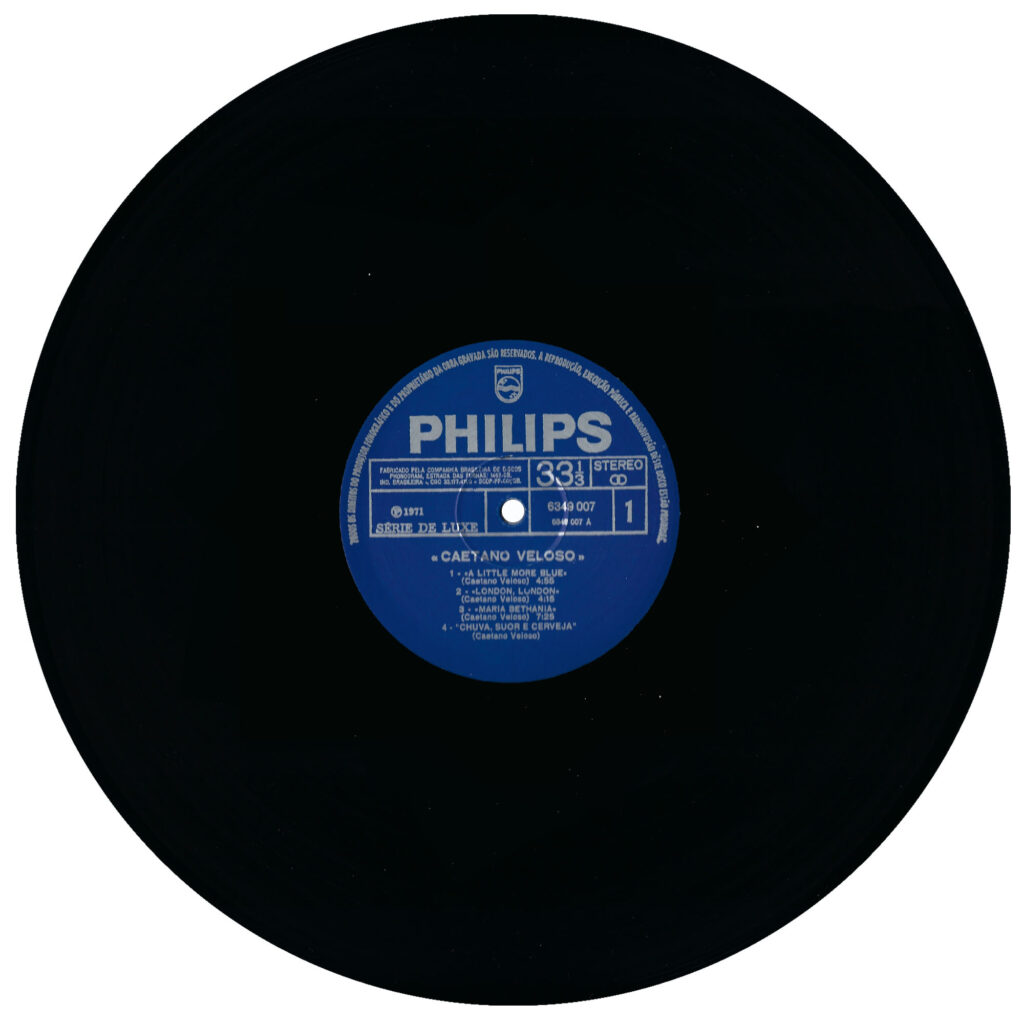 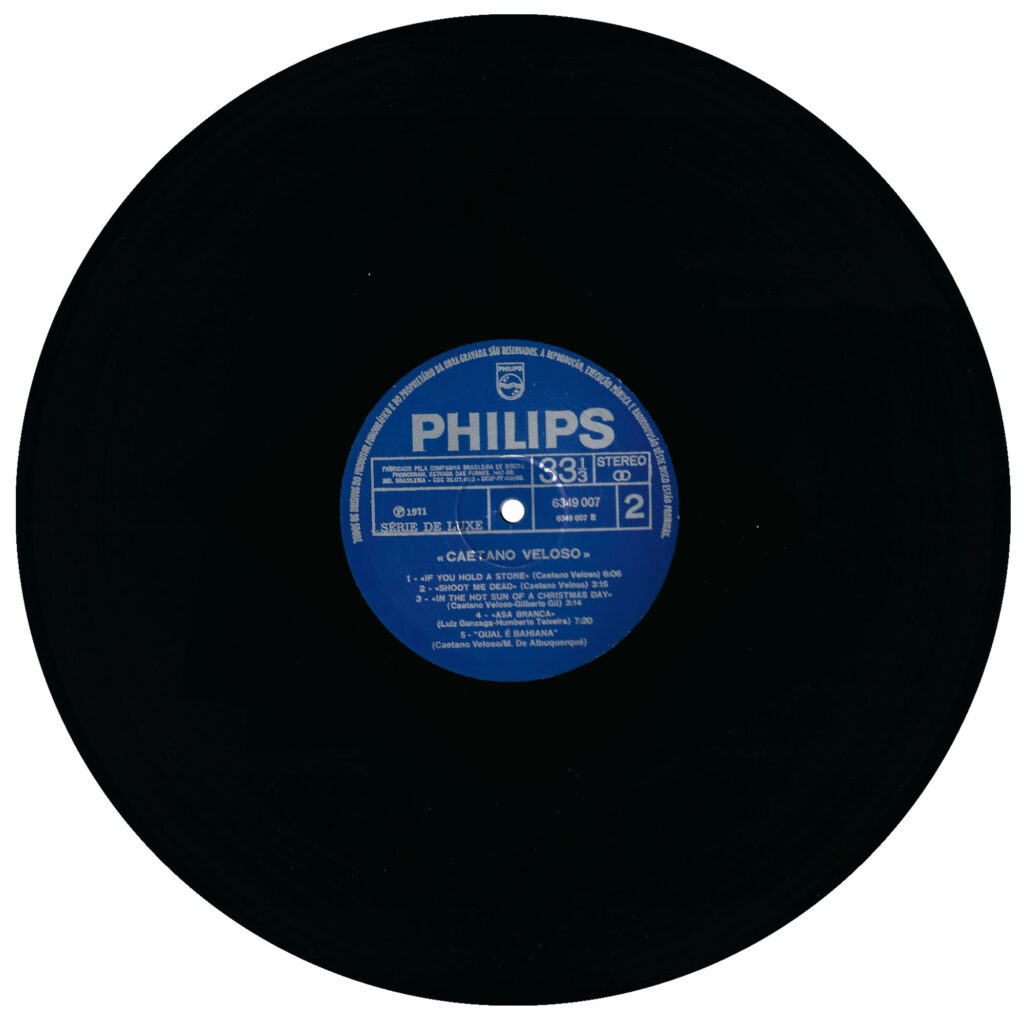