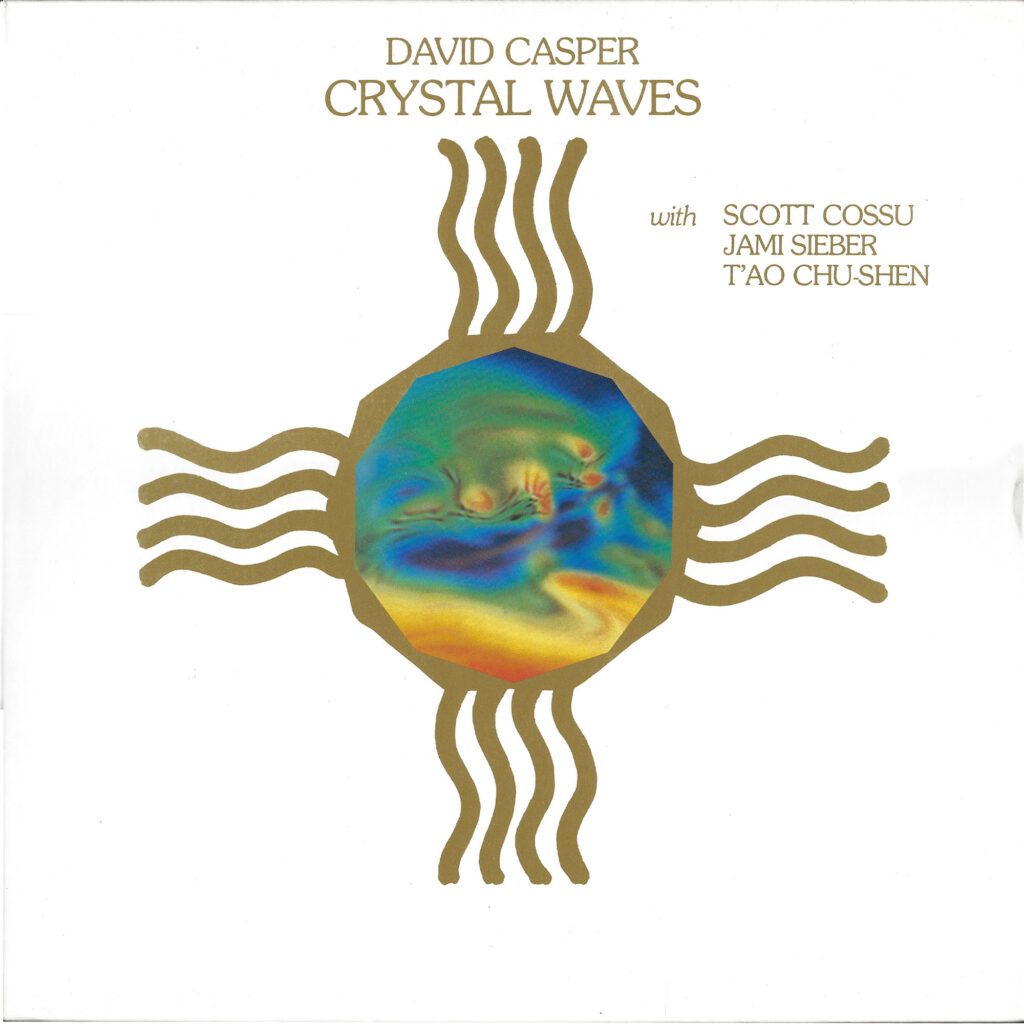 “I strove to produce a musical work which uplifts the spirit by calming the mind and organically stimulating the subtler dimensions of physiology, in a manner consonant with my own heart.”

So reads the back cover of Pacific Northwest sound sculptor David Casper’s hidden gem (crystal?) from 1984. The two side-length pieces, Dawn Poems and Crystal Waves, contain detailed, purposeful movements. Dawn Poems depicts the morning hours in all their spiritual wonder: the stillness of first light; the brightening of the clouds; the rising of the sun. The second side, Crystal Waves, read the liner notes, was “produced entirely with the sound of tuned crystals. Each glass was played individually with meditative attention and recorded, blended, and re-recorded … Sometimes as many as thirty glasses may be heard at once, each with its own pulsation and timbre, produced acoustically by finger on glass.”

Taken as a whole, the LP assembles a textural stream of melodic themes produced by a variety of attentively played crystals, cello, marimba, bamboo flutes, and zither. A deep meditative listen that you can feel, spiritually, emotionally, and physically, it’s a new age masterwork that does exactly what the style of music is designed to do: Ease the mind and heart. 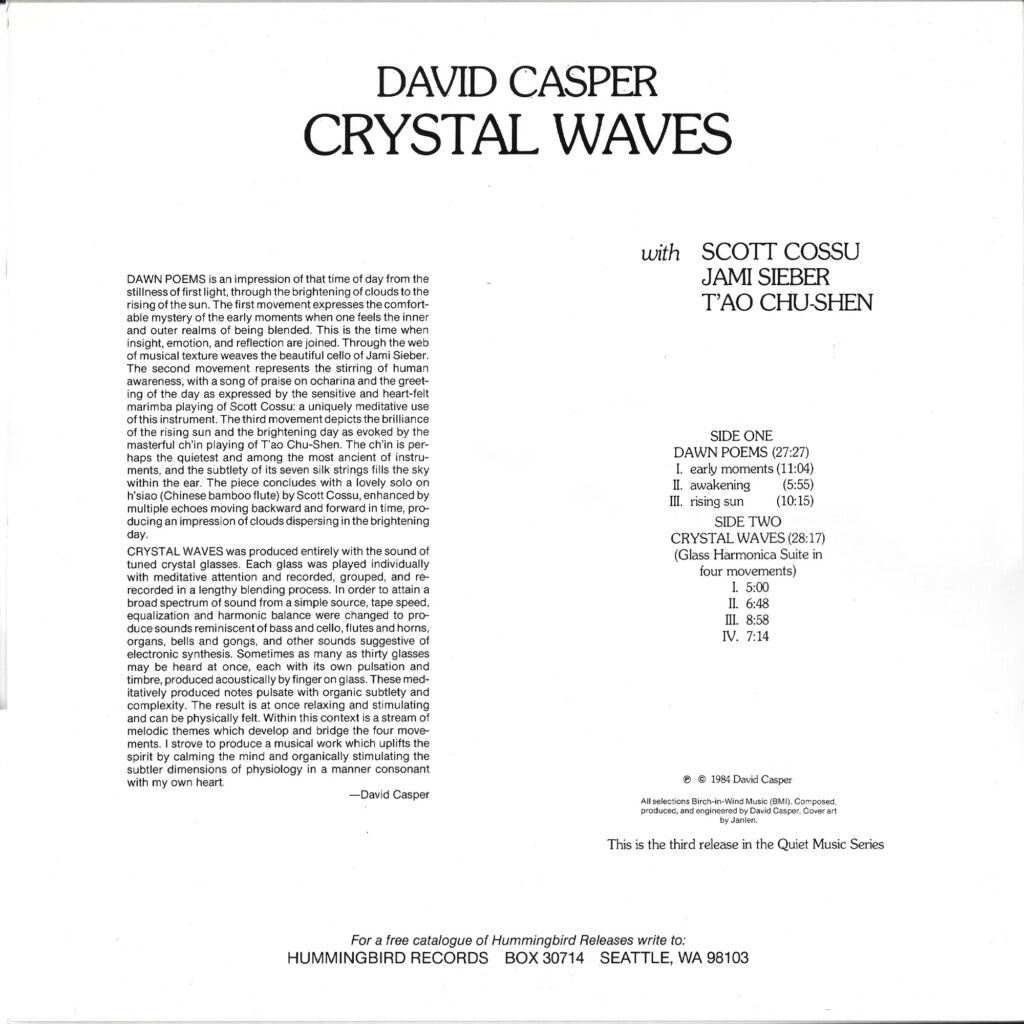 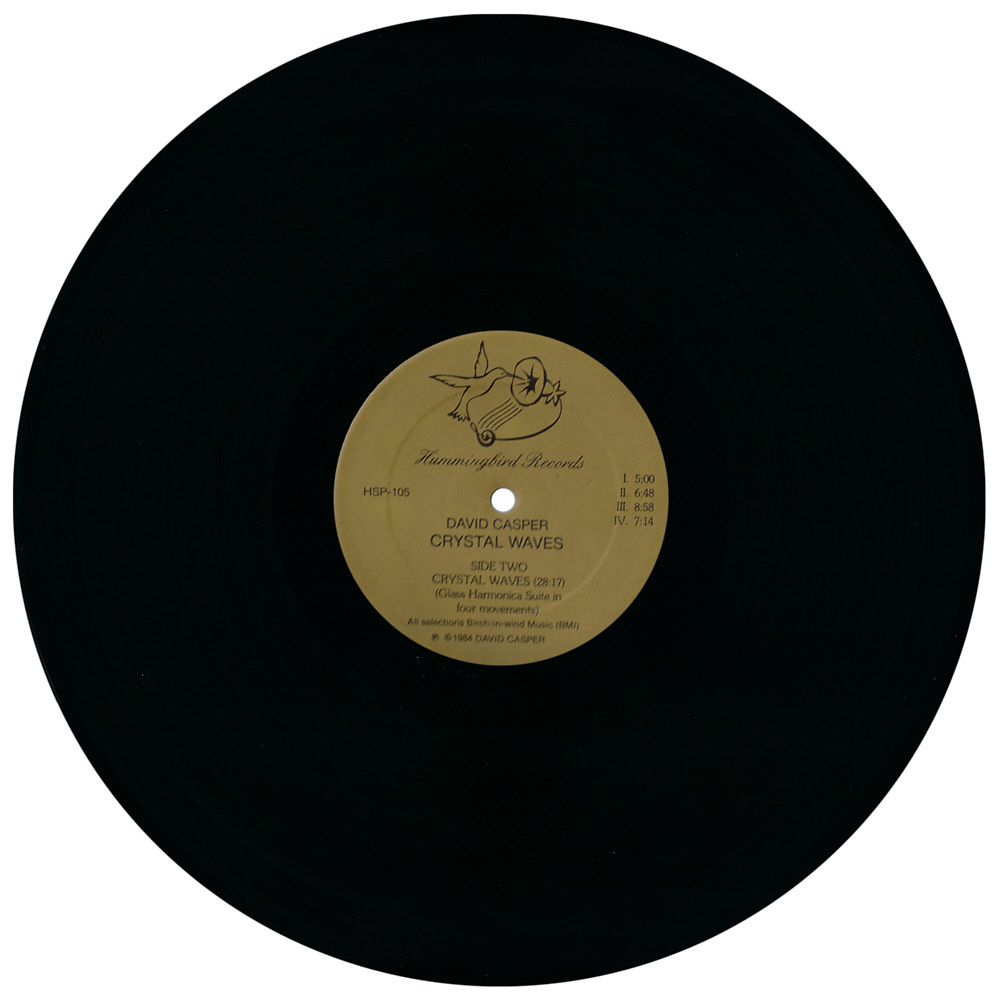