Much more than just a rare groove classic, Eugene McDaniels’ Headless Heroes Of The Apocalypse is a psychedelic-soul jazz album with a powerful message. McDaniels, who is also known as “The Left Reverend McD”, wrote the album during a time in America when the black consciousness movement was just emerging and used his voice and music to deal with prominent issues including social & racial injustice, colonialism in history and in pop music, and political corruption. The message was powerful and hard hitting – so much so that the Nixon administration called and had McDaniels blacklisted from the Musicians Union. Make no mistake though, the music on this record grooves hard as well. Just ask Questlove, who spoke about the record in a 2008 interview, “The reason why this record is so dope is because pretty much, with the exception of one song, everything is absolute sample material beyond your wildest dreams…like the funkiest stuff.”

Recommended- A2 Jagger The Dagger, A3 Lovin’ Man, B2 Supermarket Blues 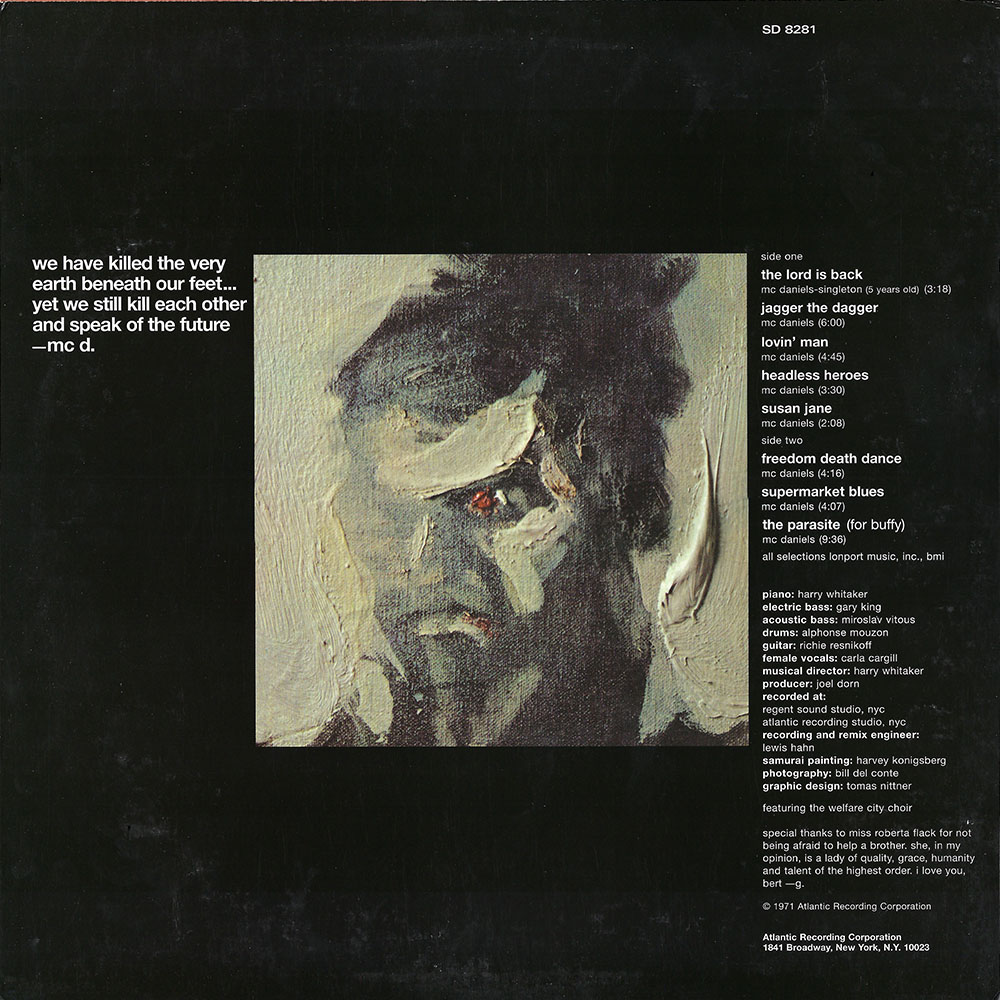 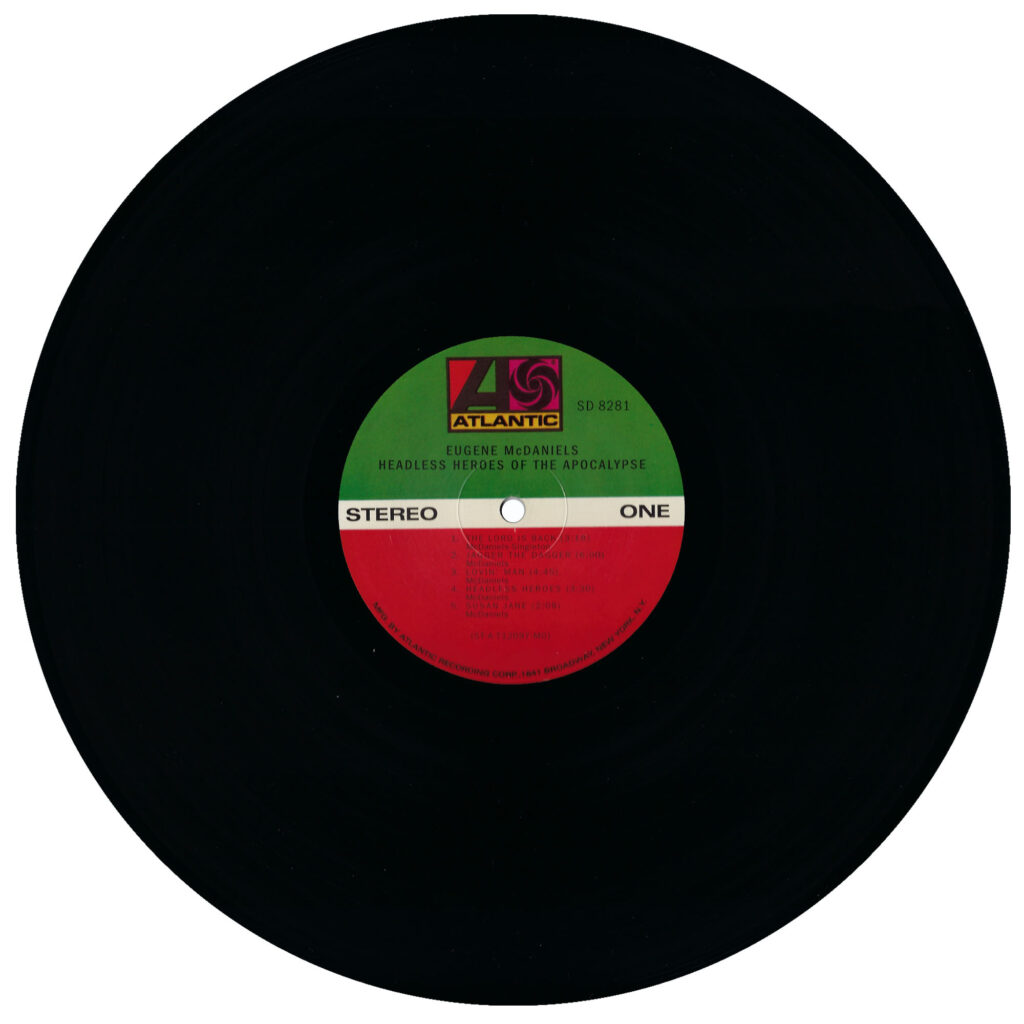 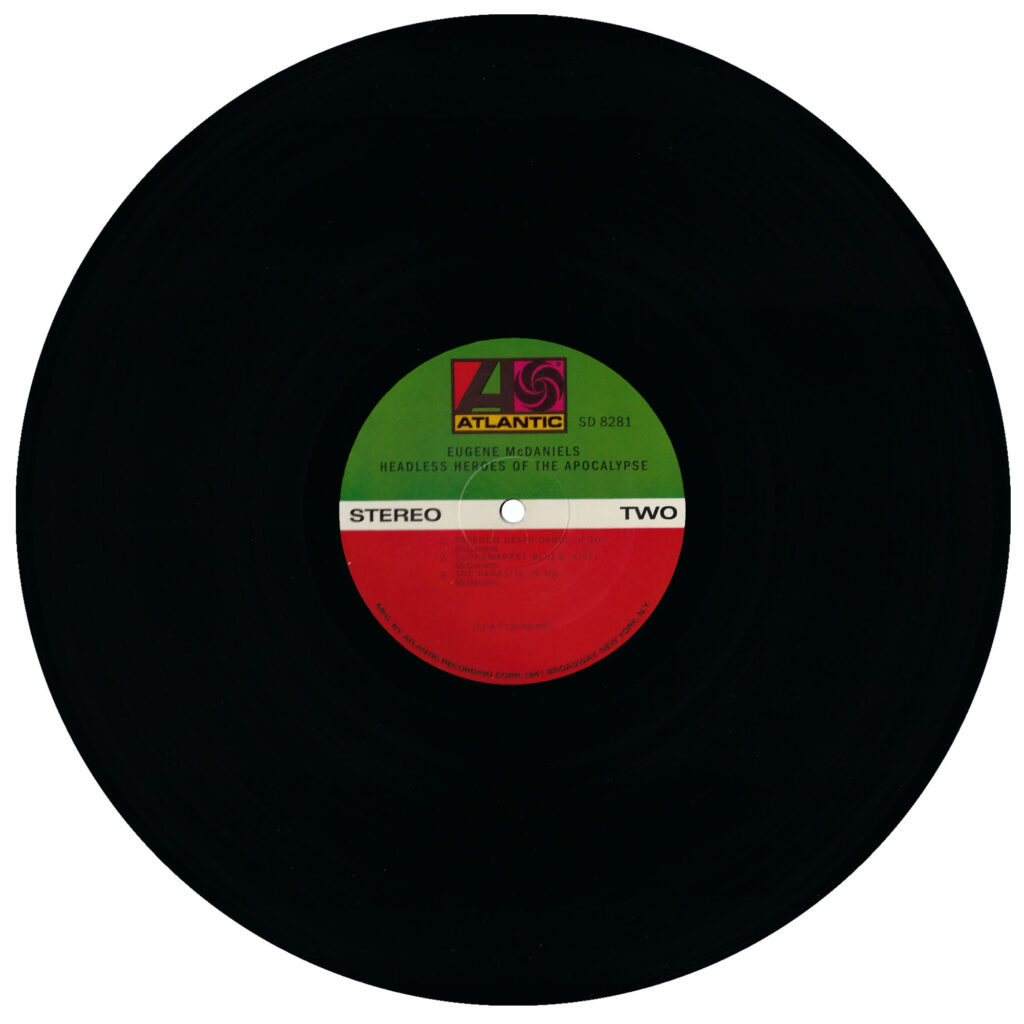