The debut solo LP by The Velvet Underground’s electric viola player John Cale, Vintage Violence is a deeply personal singer-songwriter album by an artist reflecting on his life, experiences, and the “people that know him well…” Though the album received mixed reviews upon release, it has since become a cult classic and one of Cale’s most beloved works. Interestingly, Cale himself doesn’t share that same reverence for the album. In his autobiography he states that there wasn’t “much originality on that album, it’s just someone teaching himself to do something.” Perhaps that brutally honest, DIY approach is what makes this album so special and why it’s maintained such a devout following after all these years.

Recommended – A4 Big White Cloud, A5 Cleo, B3 Amsterdam

A1 Hello, There
A2 Gideon’s Bible
A3 Adelaide
A4 Big White Cloud
A5 Cleo
A6 Please
B1 Charlemagne
B2 Bring It On Up
B3 Amsterdam
B4 Ghost Story
B5 Fairweather Friend 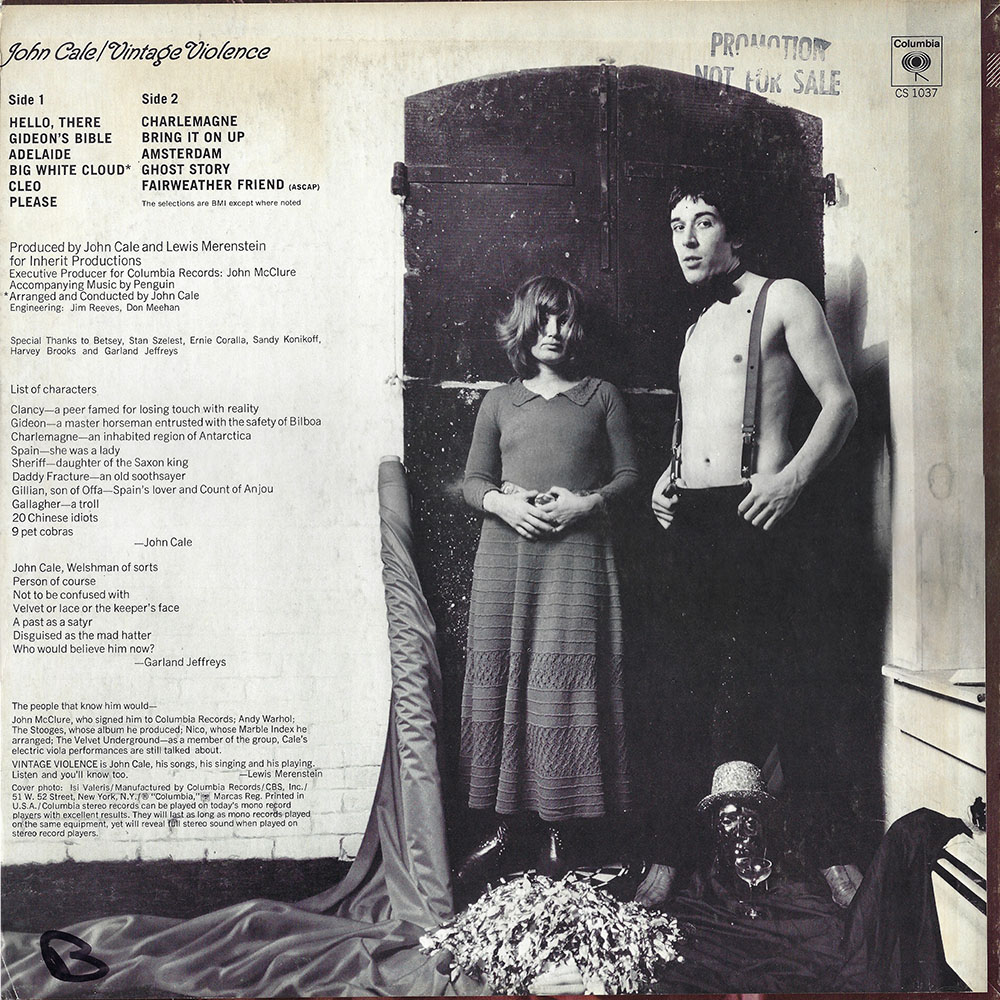 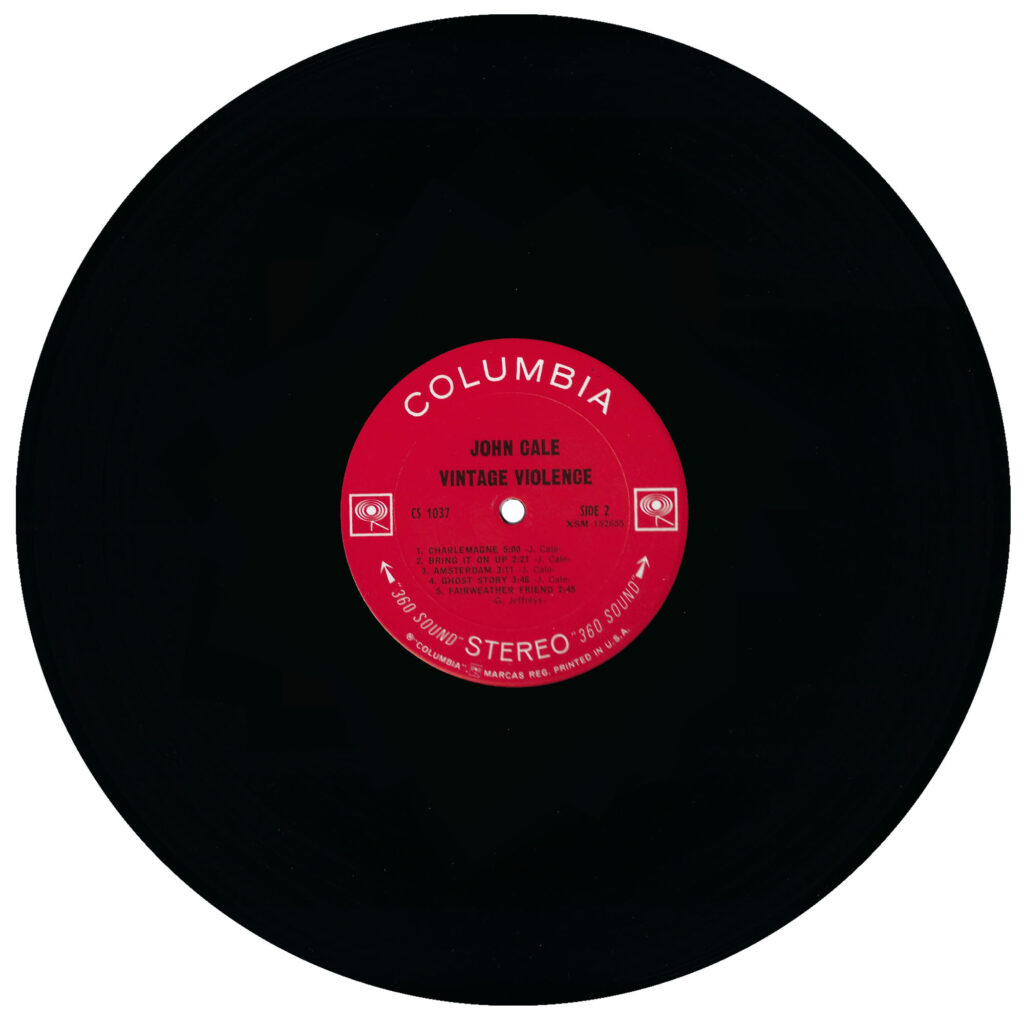 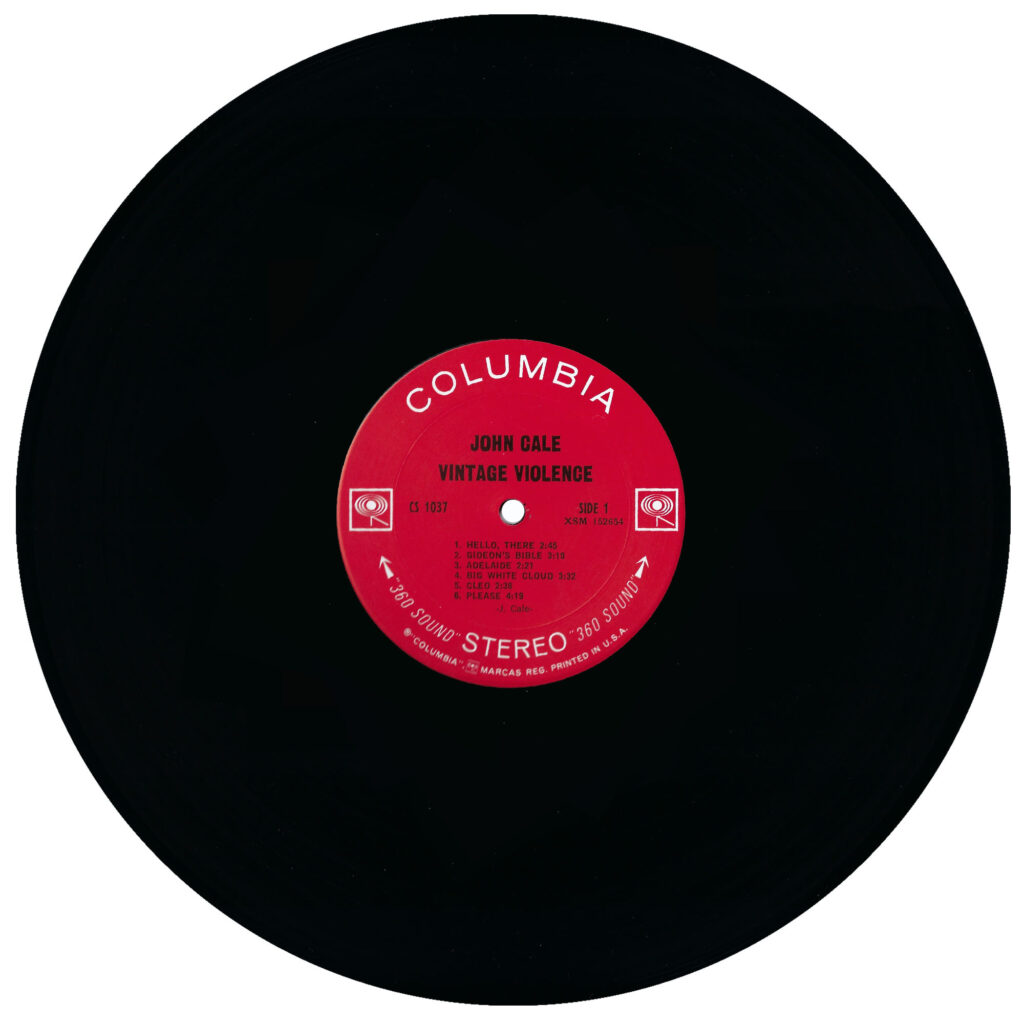