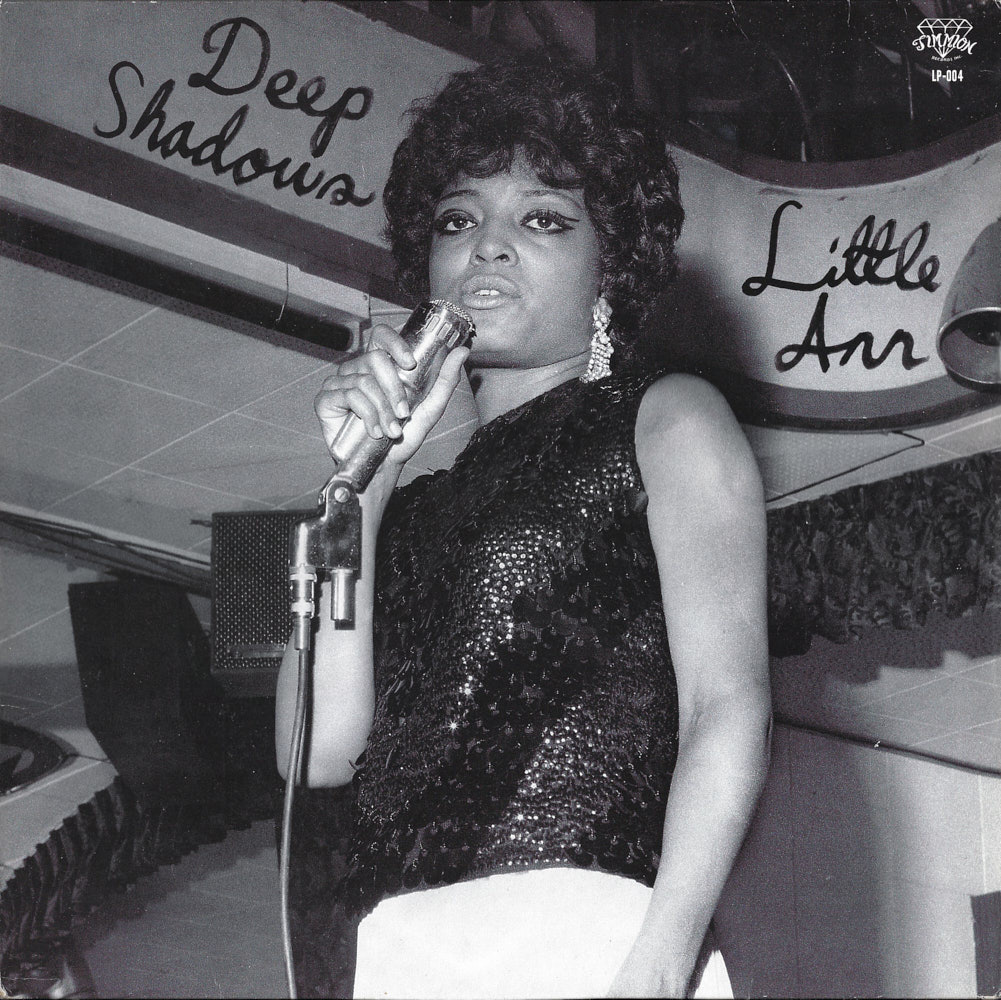 Ever wonder how many amazing unreleased or unheard acetates currently sit in total obscurity, on a shelf somewhere, with decades’ worth of dust, unreleased, or perhaps even completely unheard? Tempting as it is to get stuck feeling helpless about the sad and futile reality of forgotten recordings, it does allow each unshelved release to feel like a massive geological victory. Little Ann’s Deep Shadows is an example of such a victory to savor.

American soul singer Little Ann, born Ann Bridgeforth, was originally from Chicago, but moved to Detroit with her family, where she sang in church, inspired by local gospel legend Aretha Franklin. She recorded an album’s worth of songs between 1967 and 1969, primarily with Detroit musician/producer Dave Hamilton, although, save for one song, the work never saw the light of day. Interestingly, the only released song was not “Deep Shadows,” which is now her most known, and perhaps the greatest example of the emotive power of her voice. Little Ann wrote in a letter to her mother, “If it doesn’t work out, I tried.” Cut to the 1980’s: two British soul collectors, Gilly and Andy Taylor, are digging through Hamilton’s personal music archive and find a box of reels labeled “The Possible Little Ann Album,” and it’s love at first listen. The dust is wiped off, and the music begins making the rounds, trickling out into the world by way of the British northern soul DJ scene, various compilations, covers, and samples, garnering enough attention that Little Ann was able to experience her own resurrection, and even perform one UK show, before her passing in 2003.

Timmion Records’ 2009 compilation Deep Shadows was the first release to assemble all of her demos into one cohesive album, as originally intended in the 60’s. Little Ann co-wrote all but two songs on the album, which you can feel as you listen; there is a heavy sense of intimacy in her recordings, like being launched through a tunnel straight into the deep center of her aching heart.

Recommended – A1 Deep Shadows, A2 Possession, B1 What Should I Do

Note: The streaming links will take you to another compilation of Little Ann’s work Detroit’s Secret Soul as Deep Shadows is not on streaming platforms. The album linked will have many of the same songs included on this album. 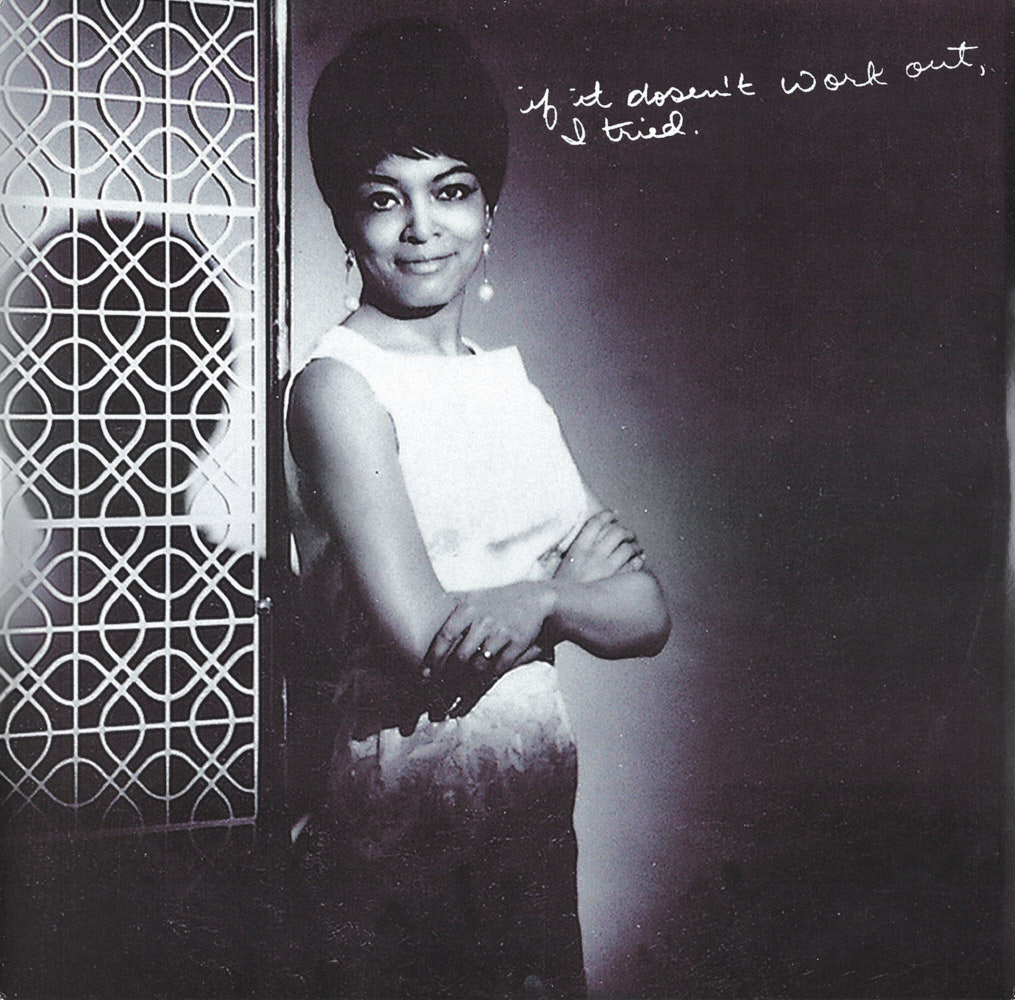 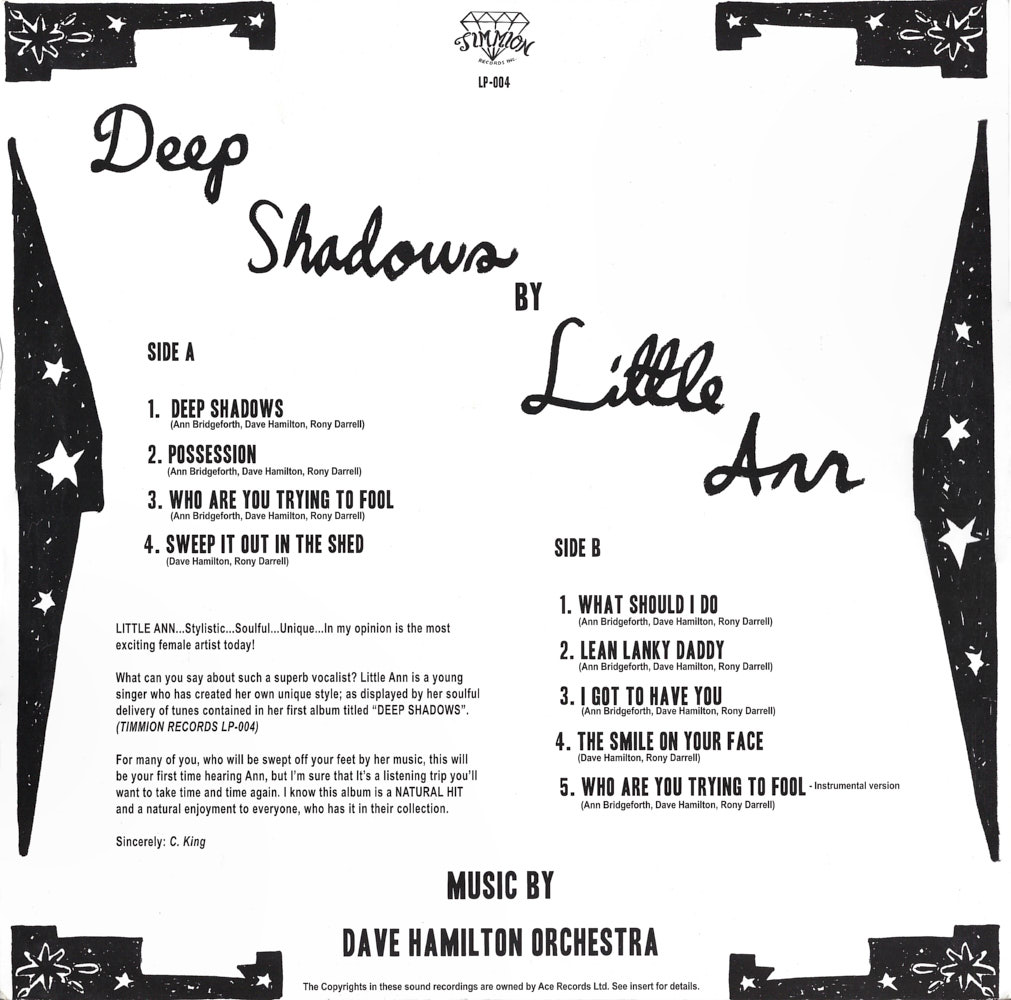 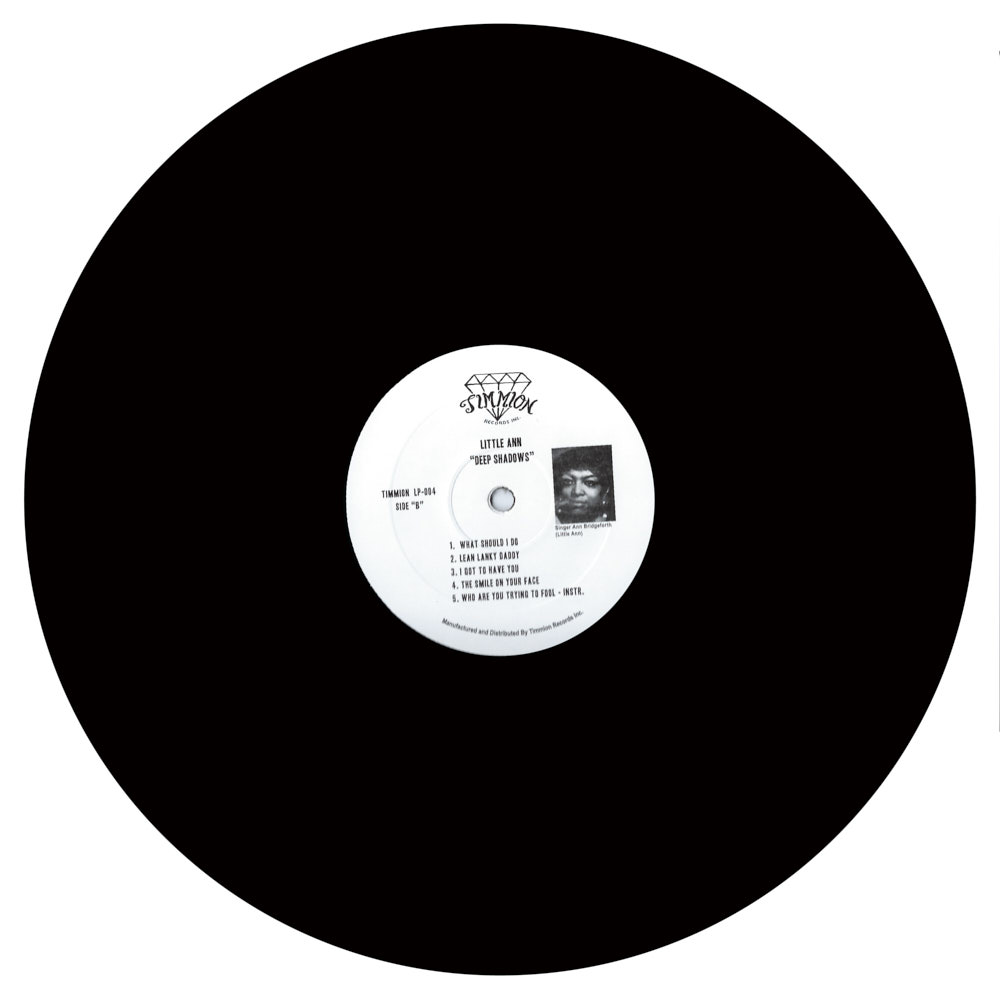 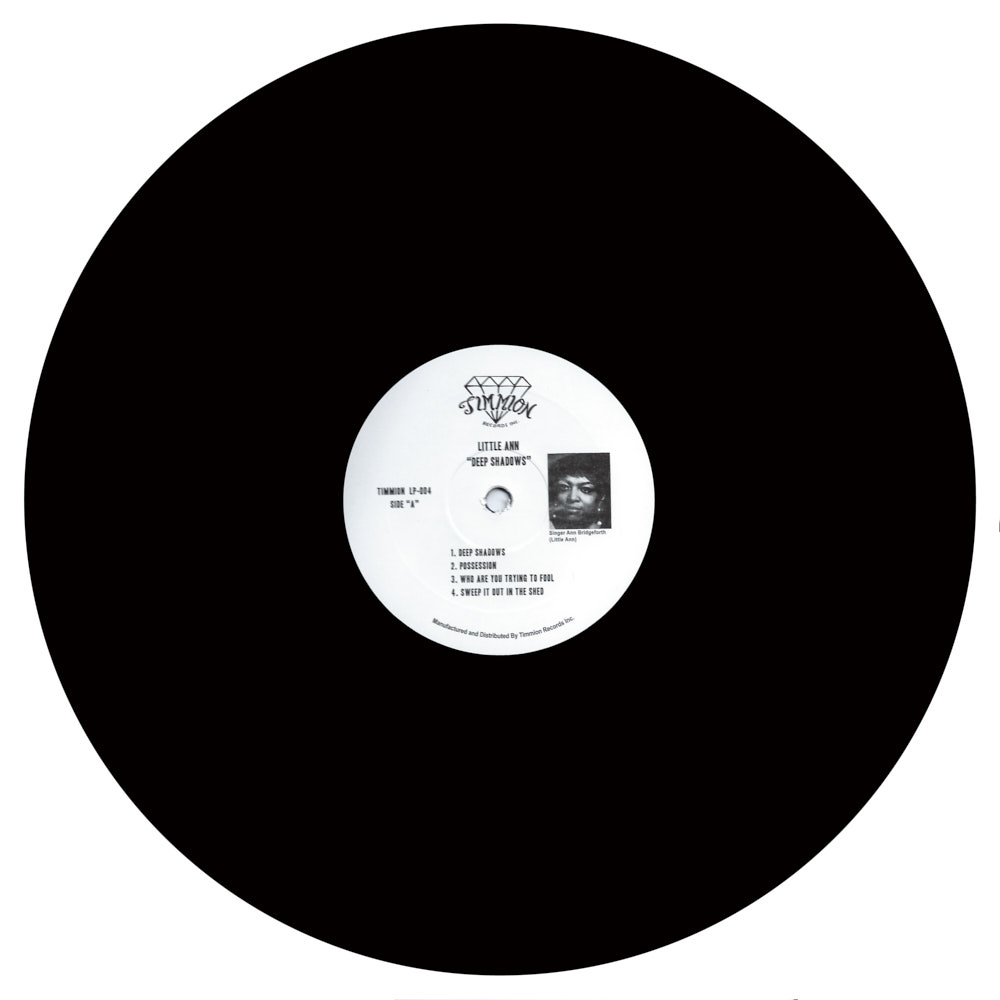