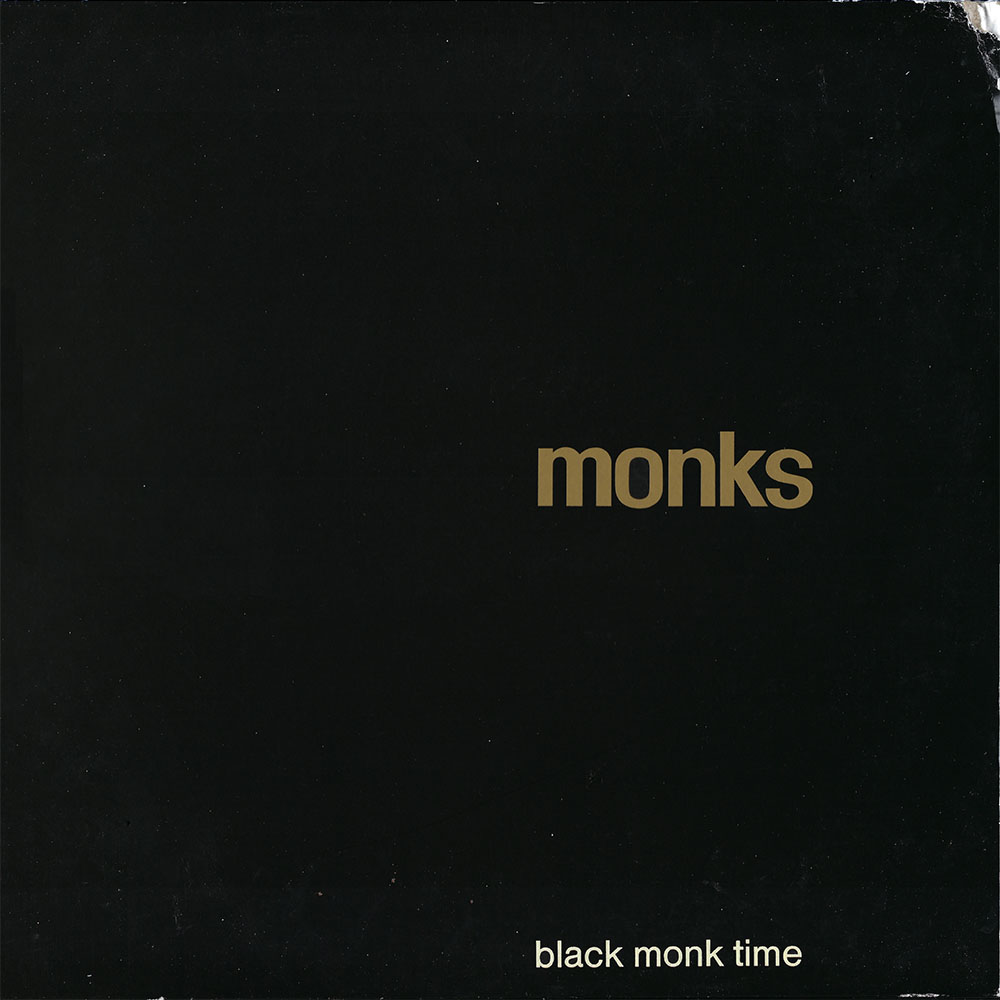 The Monks formed in Gelnhausen, West Germany in 1964. The origin story is a tale of five American GI’s who were stationed in Germany releasing some steam by playing covers of R&B and British Invasion rock to local crowds for fun, under the name the 5 Torquays. Once discharged from the army, they decided to remain in Germany and take their musical hobby to the next level, under the name the Monks. The name was not random – it was part of their anti-war manifesto. They dressed in black cassocks with white rope nooses worn as ties (to represent the metaphorical noose we humans at large all wear), and they sported the traditional shaved head tonsure. They lived and breathed in these uniforms with the idea being “you’re a Monk, think like a Monk.” The experimental ensemble got the attention of managers and the label Polydor, and in 1965 they recorded their debut album at Polydor Studios in Koln, Germany, with in-house Polydor producer Jimmy Bowien. With total creative freedom, which they likely would not have had in the UK or US, they channeled their rage at the senselessness of war through a filter of comedy, penning songs about murder, destruction, and dehumanization with a pep in their step and a smile on their face.

The album was released in March, 1966 through Polydor Records, and unsurprisingly, went nowhere for a while. Their subversive, feral, dissonant music was too avant-garde for the time. Their music and lyrics were uncensored, provocative, brash, and totally bonkers – unlike anything else happening in contemporary pop music in the flower power Swinging Sixties age. They were the anti-Beatles, turning beat music on its head. Of all the things written about this album, a highlight is by a user named Warthur on rateyourmusic.com: “The Monks’ Black Monk Time resembles what might have happened if the Monkees had gone to Vietnam, had their “ee” shot off, and decided that this peace and love thing was an enormous crock of shit.” Besides the album’s radical lyrics, and abrasive, manic sound, a key album feature is what is arguably the invention of purposeful, manipulated guitar feedback: a happy accident discovered during rehearsal.

The iconic album is hailed as a hallmark in rock and roll history, thought of as the precursor to punk, krautrock, alternative rock, and metal. Its influence on countless rock icons to follow is immeasurable. What time is it? It’s Monk time!

Recommended – A5 I Hate You, B1 Oh, How To Do Now, B2 Complication, A3 Boys Are Boys And Girls Are Choice

A1 Monk Time
A2 Shut Up
A3 Boys Are Boys And Girls Are Choice
A4 Higgle-Dy-Piggle-Dy
A5 I Hate You
B1 Oh, How To Do Now
B2 Complication
B3 We Do Wie Du
B4 Drunken Maria
B5 Love Came Tumbin’ Down
C1 Blast Off!
C2 That’s My Girl
C3 I Can’t Get Over You
C4 Cuckoo
D1 Love Can Tame The Wild
D2 He Went Down To The Sea
D3 Pretty Suzanne
D4 Monk Chant (Live) 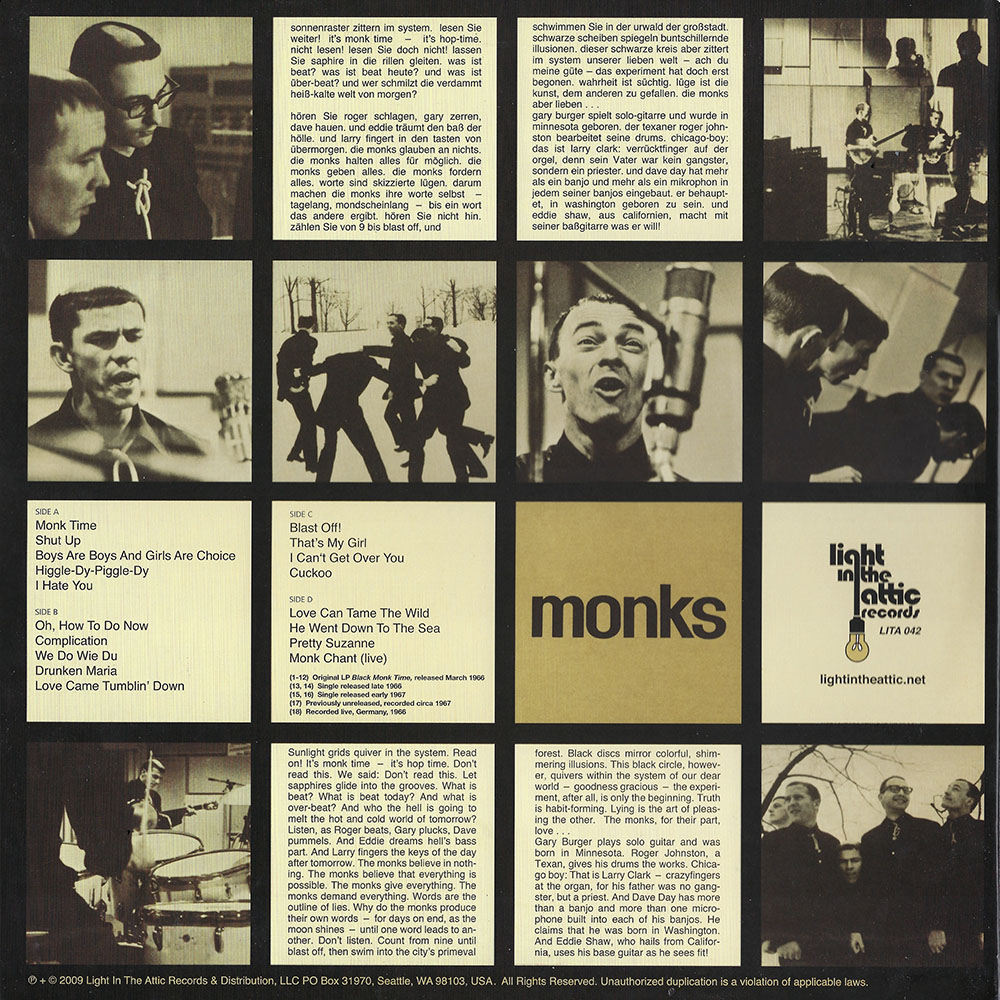 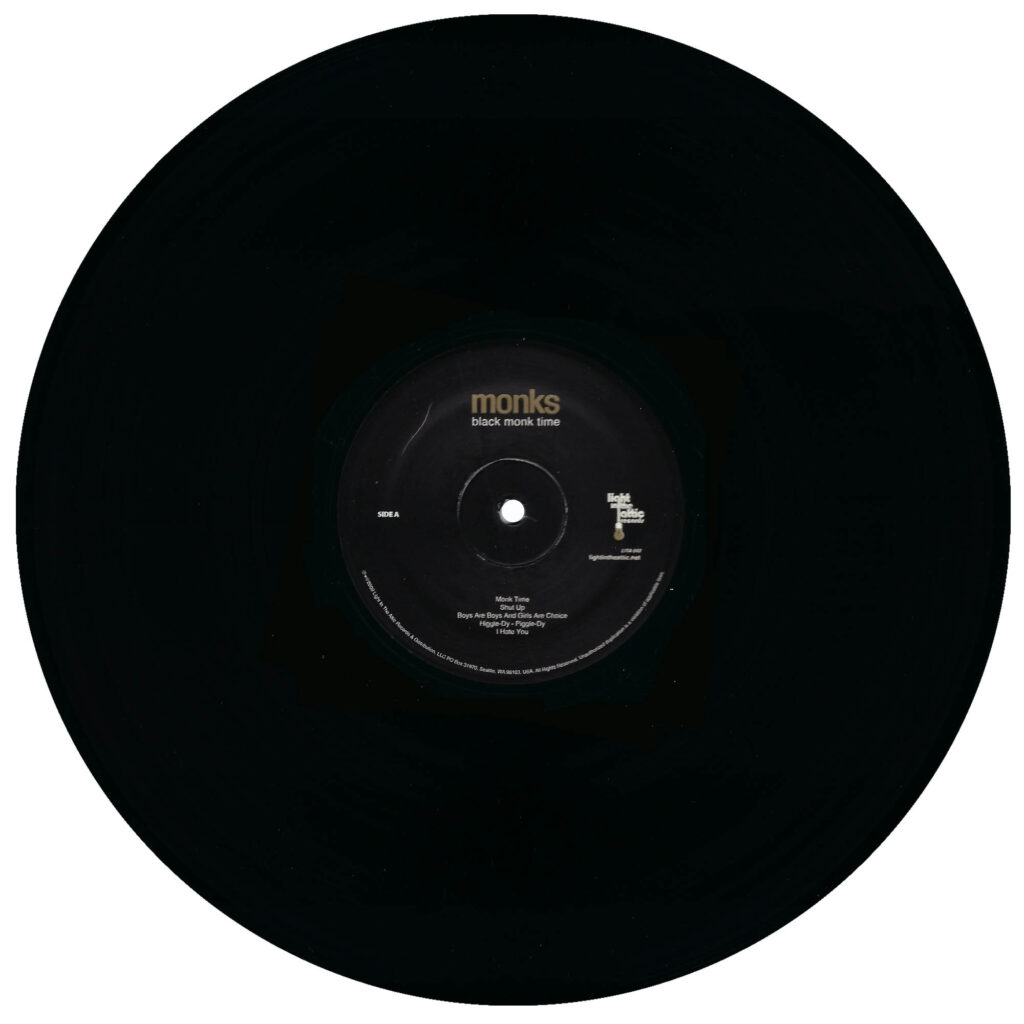 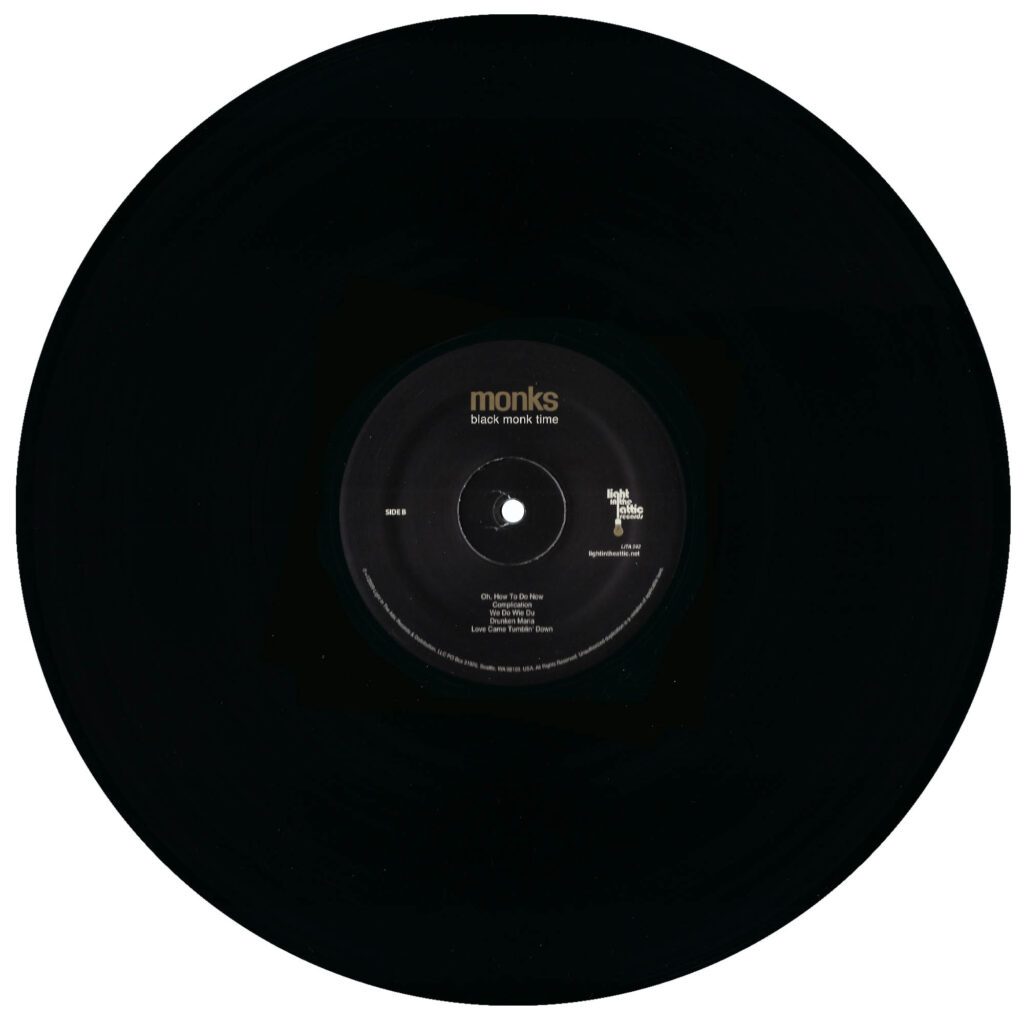 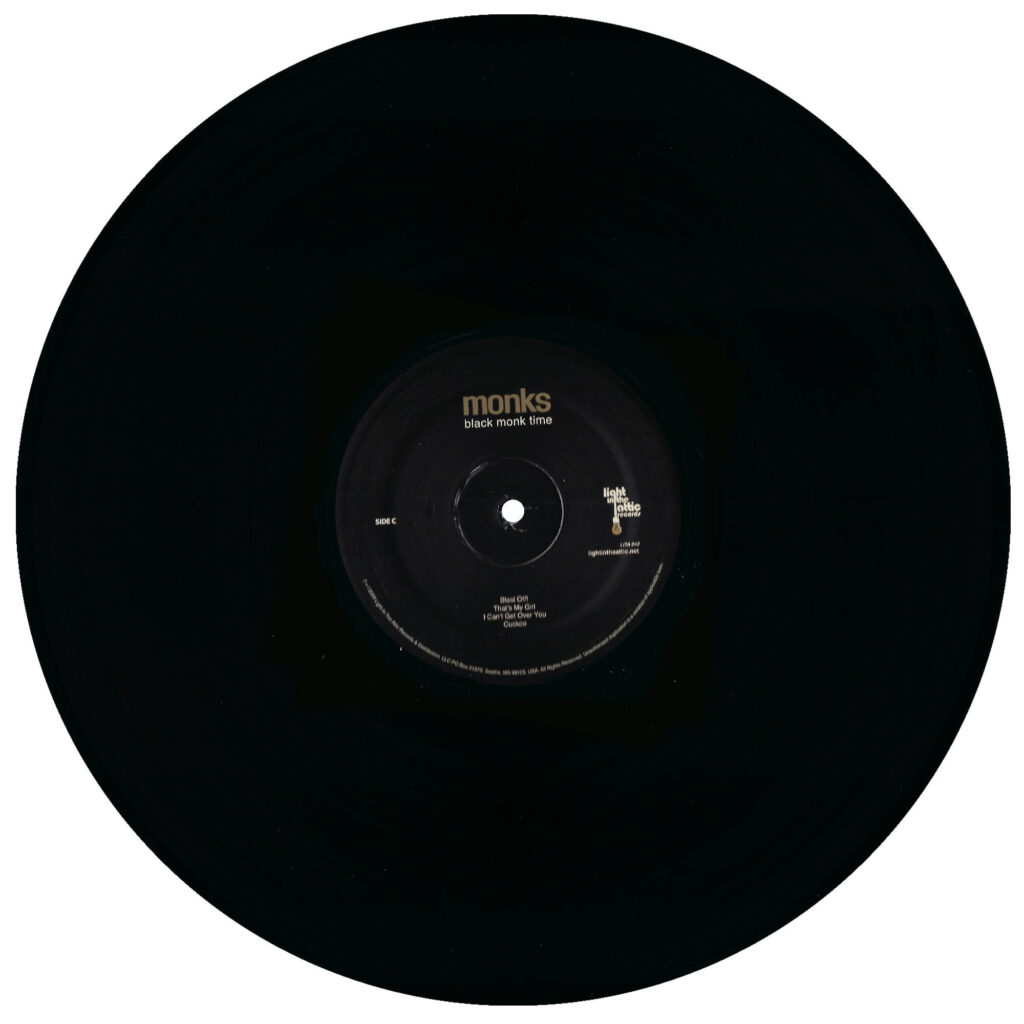 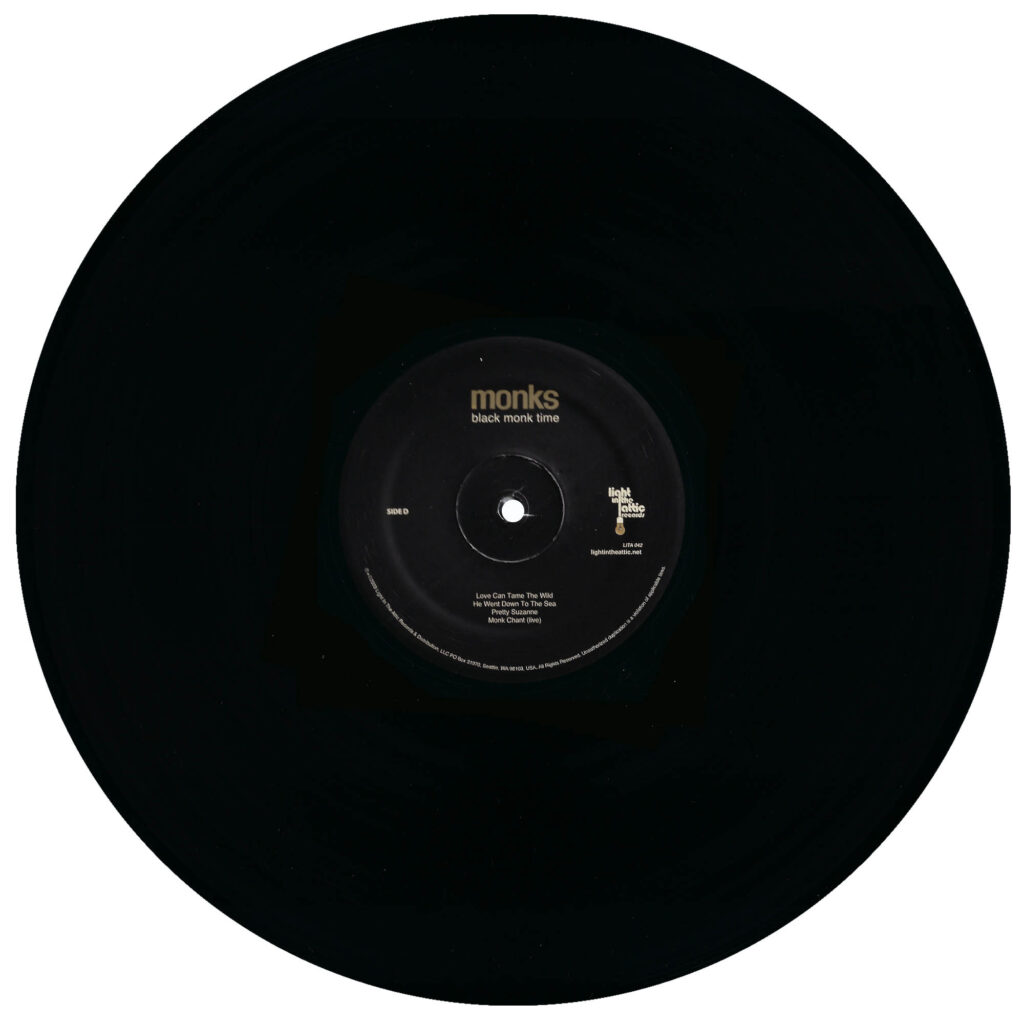