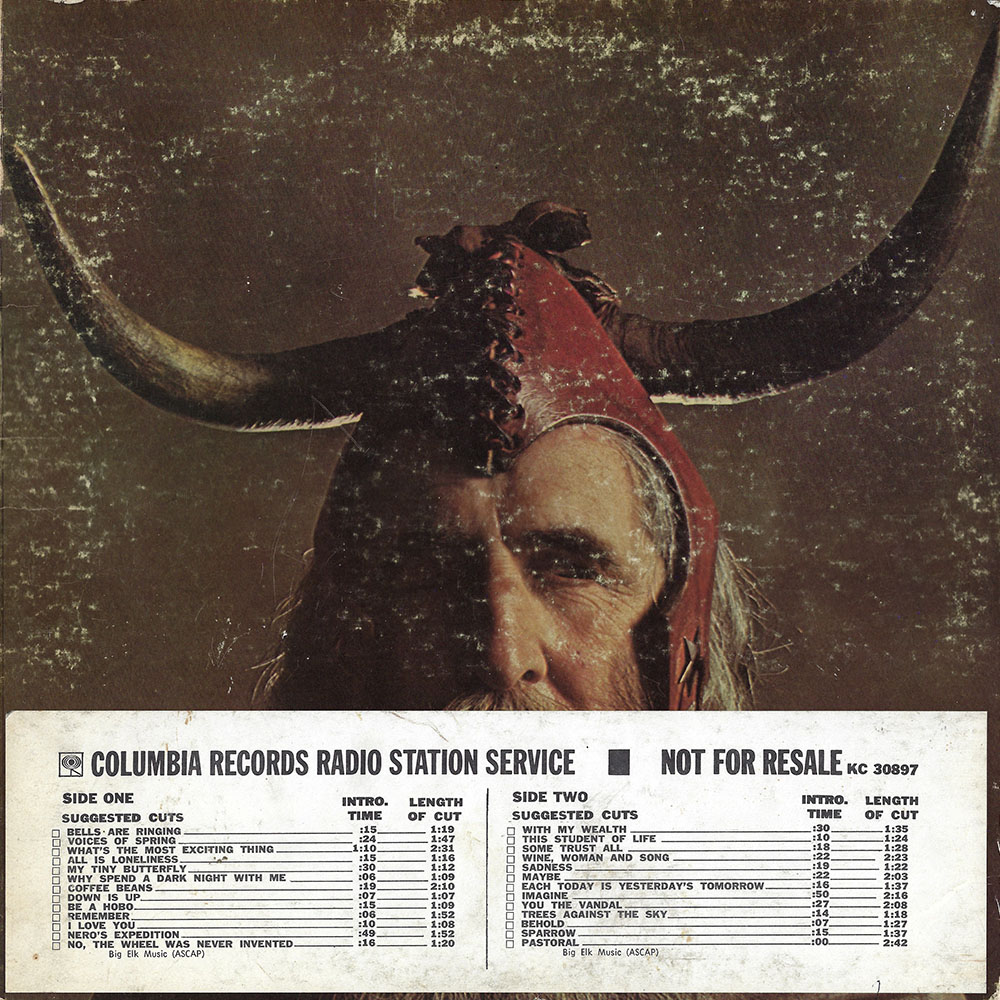 Moondog 2 is the sixth album by the avant-garde composer Louis Thomas Hardin, AKA the Viking of Sixth avenue, or simply known as – Moondog. Largely self-taught by ear due to an explosive mishap that left him permanently blinded at the age of 16, Moondog drew inspiration from jazz, classical, and Native American music and released a slew of strongly rhythmic contrapuntal records made primarily on a strange array of self-made instruments. Moondog 2 is one of his finest and continues his playful and extremely cyclic style of strict-simple melodies that, in ways, highly anticipated and informed the New York modern classical minimalist era of Steve Reich and Philip Glass. ‘2‘ is wondrous, evocative, and genius-level music that could easily soundtrack a fairytale or a nostalgic childhood memory. Highly recommended for fans of NYC minimalists like the mentioned above Steve Reich, Philip Glass, or other greats like Terry Riley and John Cage.

A1 Bells Are Ringing
A2 Voices Of Spring
A3 What’s The Most Exciting Thing
A4 All Is Loneliness
A5 My Tiny Butterfly
A6 Why Spend A Dark Night With Me
A7 Coffee Beans
A8 Down Is Up
A9 Be A Hobo
A10 Remember
A11 I Love You
A12 Nero’s Expedition
A13 No, The Wheel Was Never Invented
B1 With My Wealth
B2 This Student Of Life
B3 Some Trust All
B4 Wine, Woman And Song
B5 Sadness
B6 Maybe
B7 Each Today Is Yesterday’s Tomorrow
B8 Imagine
B9 You The Vandal
B10 Trees Against The Sky
B11 Behold
B12 Sparrow
B13 Pastoral