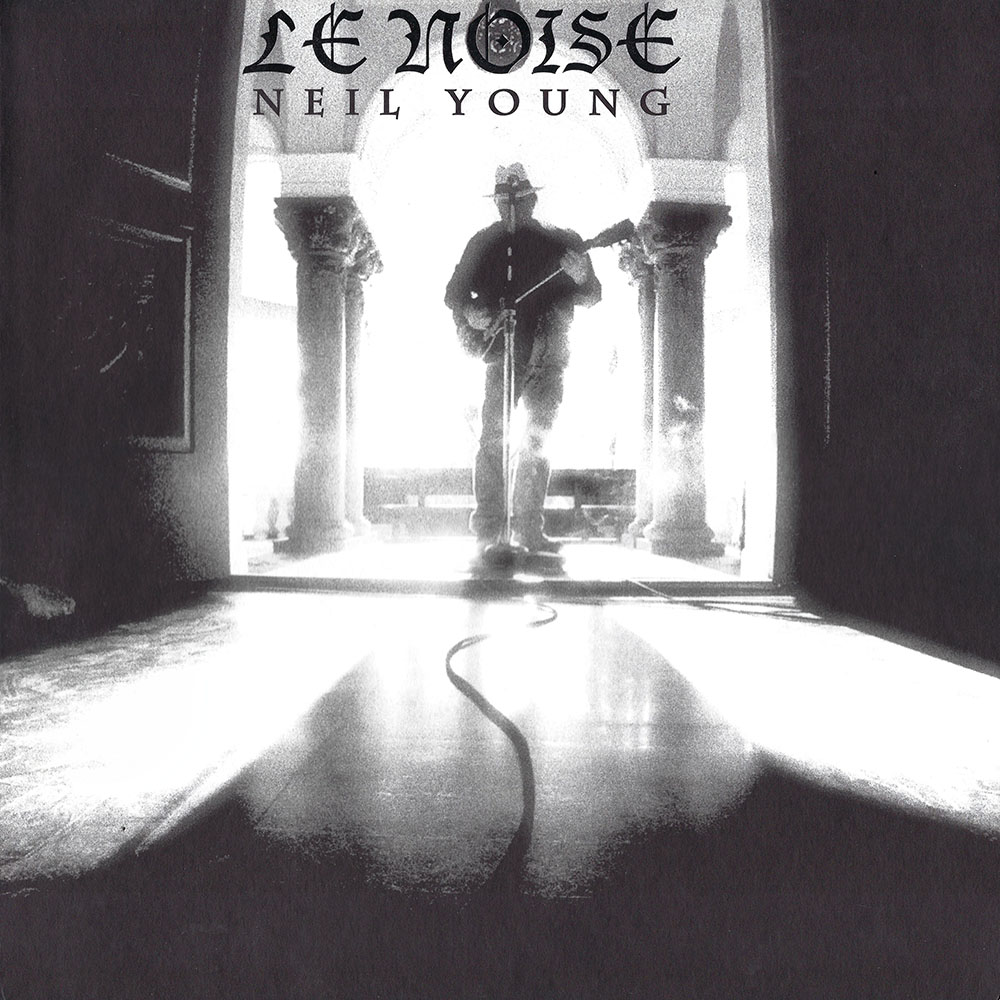 To say that Le Noise is one of Neil Young’s of most experimental and underrated records would be an understatement. The record, along with its accompanying live DVD, was just kind of quietly put out by Reprise Records with little to no fanfare. Pretty ironic considering that this is not only one of Neil Young’s most personally revealing records (yes with Neil they are all personal), but as its name indicates, it is also one of the loudest and best recorded albums he’s ever made.

There’s no backing band here. No Crazy Horse, no Promise of the the Real. Just Neil, his voice and his guitars. But you would never know it by the way this thing sounds. Holed up at famed producer (and fellow Canadian) Daniel Lanois’ home studio in the Silver Lake hills alongside engineer Mark Howard, Young had the freedom to play live off the floor going straight into the analog recording board, through his old tube amps and vintage mics. His ‘go to’ guitar for these sessions was a prized Gretsch Falcon, which had two pickups specially installed for these sessions: one for the bass, and the other for the treble strings, with each of them going though one of the two Fender Deluxe Amplifiers that were placed directly in the sweet spot of the cavernous living room studio. The result is a huge sounding record that has guttural subharmonic dub-bass sound not heard from Neil before or since.

As Lanois later said of the recordings, “I had Neil’s amps with me in the room, and with all this big reverberation going on the house became a speaker cabinet. It was jaw‑dropping, and Neil felt like a rock god!” The producer nailed it. Le Noise is a one man tour-de-force by a guitarist on a mission. We highly recommend tracking down a copy of this one on vinyl, where this beauty really comes to life. Make sure to crank it up, because Le Noise rewards extreme volume.

Recommended – A1 Walk With Me, A3 Someone’s Gonna Rescue You, Angry World, B4 Rumblin 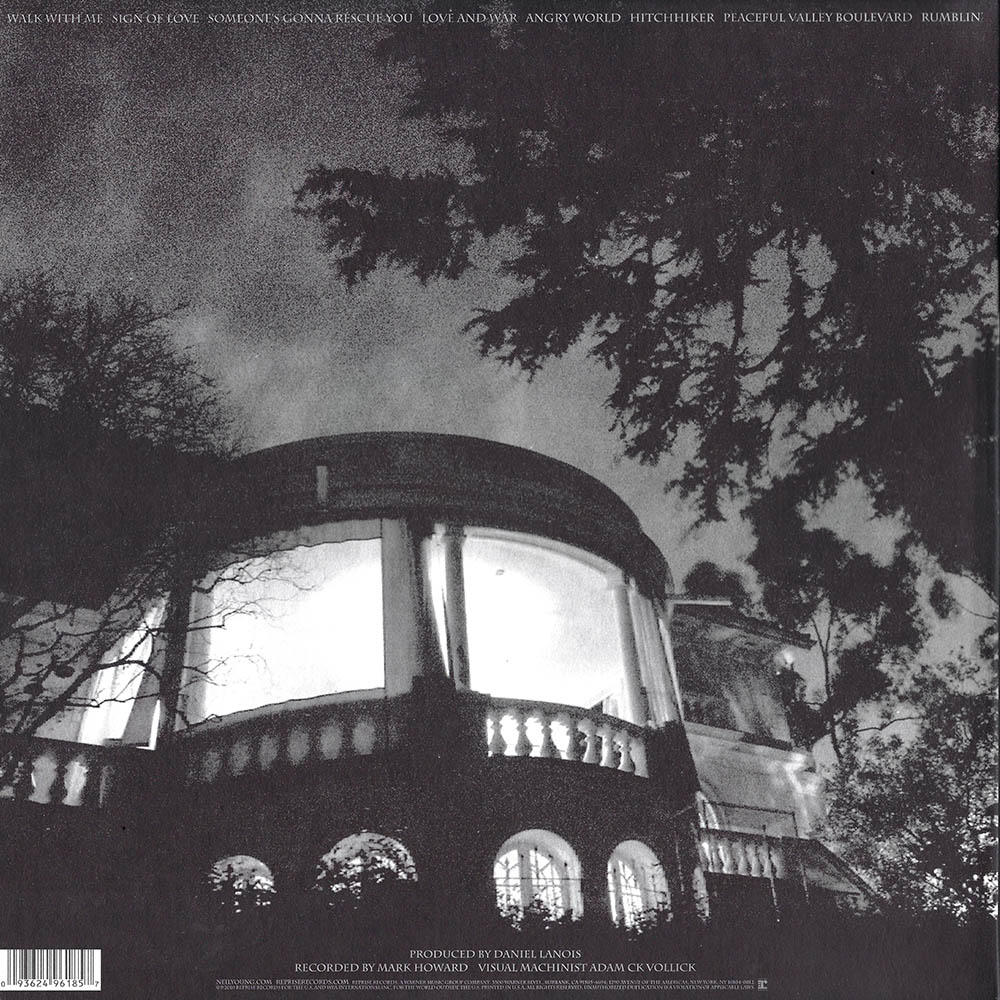 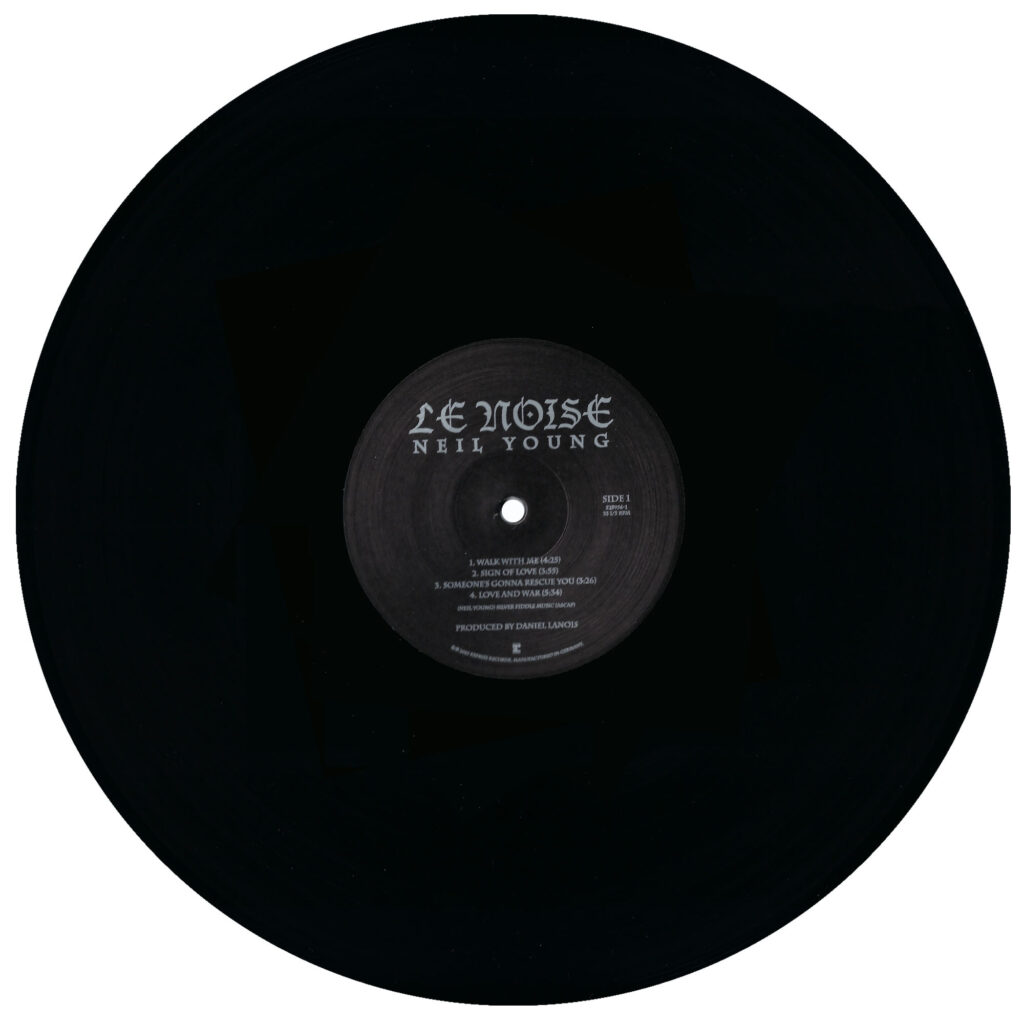 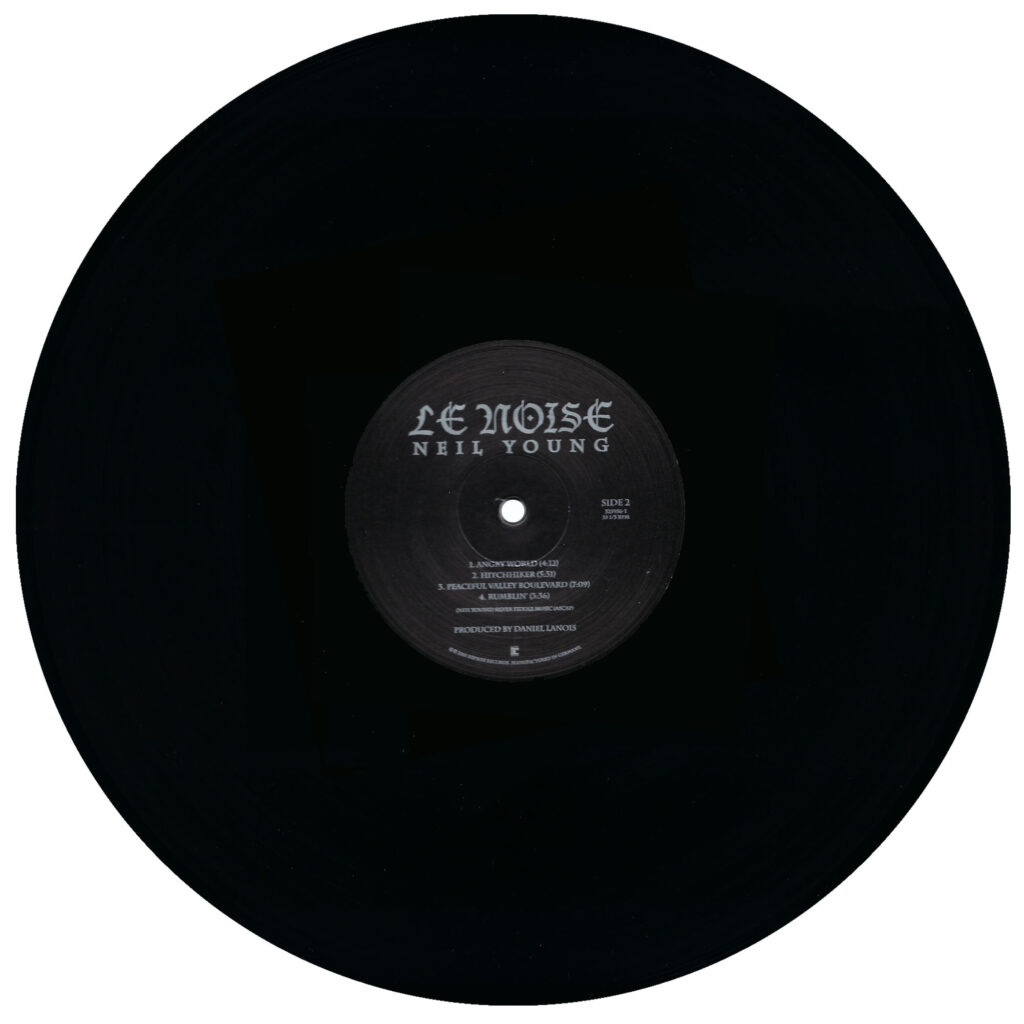