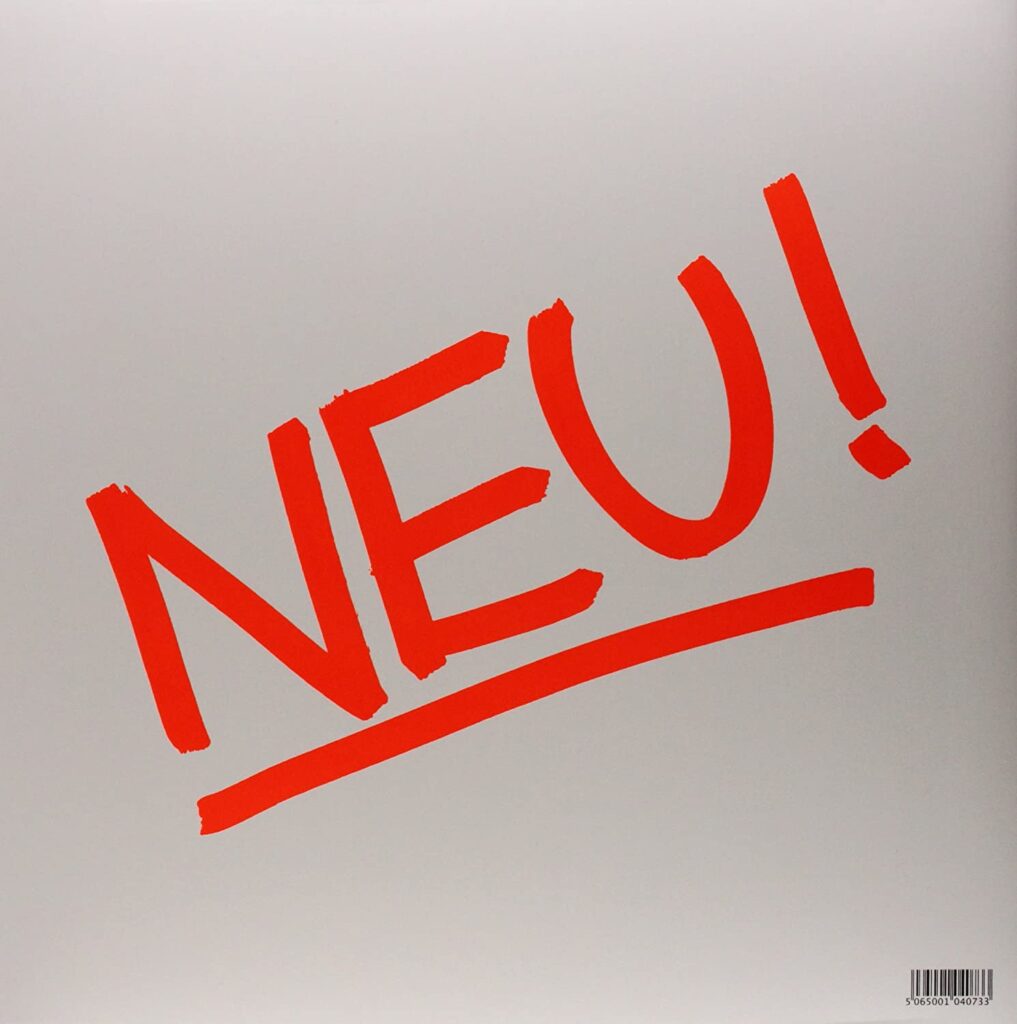 Klaus Dinger and Michael Rother’s Neu! were one of the central groups of the 70’s krautrock movement. Their first record, simply entitled NEU!, created its own paradigm, and is considered to be a masterpiece that paved the way for everybody from Sonic Youth, to the Sex Pistols, to David Bowie, Radiohead… The group is known for pioneering the “motorik” beat, a 4/4 minimalist cycle that repeats upon itself and was highly influential to later electronic and techno genres. The group’s hypnotic, percussive sound can be traced back to iconic minimalists and fellow krautrockers, Kraftwerk. Dinger and Rother were both members of Kraftwerk at various times in their careers. Another common element with these two acts, was the integral role and involvement of wunderkind music producer Konrad “Conny” Plank. We highly recommend checking out Plank’s extensive discography if you’re looking to get deeper into the krautrock sound.